Welcome to the Arktoons Roundup, our weekly look at some of the best new comics that Arkhaven Comics has to offer.

Welcome back to The Arktoons Roundup, Bounding Into Comics’ (more or less) weekly dive into some of the best new webtoons that Arkhaven Comics has to offer on Arkhaven.com

This week’s round-up is spotlighting the work of “the Legend” Chuck Dixon, starting with a tour of a western classic from the Golden Age before we  get caught up with Shade and Something Big. After that, in non-Dixon related webtoons, we’ll look at Vox Day’s newest creation, “How to Succeed Like A Dark Lord.”

Joe Kubert wrote this western for Avon Comics, a publisher who has a justly earned reputation for being heavy on romances, but also published a wide variety of other genres during the Golden Age of comics.

It was a fairly common practice during this period for comics publishers to reimagine well-known bandits of the American West as gun-slinging heroes, though it admittedly required some “creative interpretation of history” to present them as such.

The outlaw hero is a sub-category of the trickster archetype which specifically highlights the struggle of being on the receiving end of a miscarriage of justice.

It is then, when the law itself serves injustice, that those heroes rise against it are, by definition, outlawed.

In this kind of the story, the authorities must be portrayed as unjust and abusive which, again, usually involves a “creative interpretation of history.”

While the real-life Judge Parker was indeed called the ‘Hanging Judge,’ he was a jurist who favored the abolition of the Death Penalty.

The men he condemned had been found guilty of crimes where execution was still mandatory in the 1800s. In reality, he had no personal leeway in the matter of their sentencing.

The outlaw hero is an extremely popular trope in America. There’s just something in our collective psyche that calls out to the masked hero that hungers and thirsts for righteousness so much he will give up everything his society values in pursuit of it.

Although, currently, the number of real-life outlaw heroes steadfastly remains at zero.

Speaking of outlaw heroes, Shade is one of them (after a fashion) – and while some readers may see a similarity between him and Batman, this resemblance is only superficial.

With few exceptions,Batman is not and never has been an outlaw hero archetype, instead standing as more of a detective hero.

A detective hero’s first function and primary motivation is to maintain the boundary between the realms of law and chaos, with most dedicating themselves to relentlessly pursuing the agents of chaos – such as Batman’s greatest adversary – who have crossed it and violated the realm of law.

The outlaw hero, on the other hand, being a subcategory of the trickster, dwells within the realm of chaos because his enemies are unjust law and its minions. 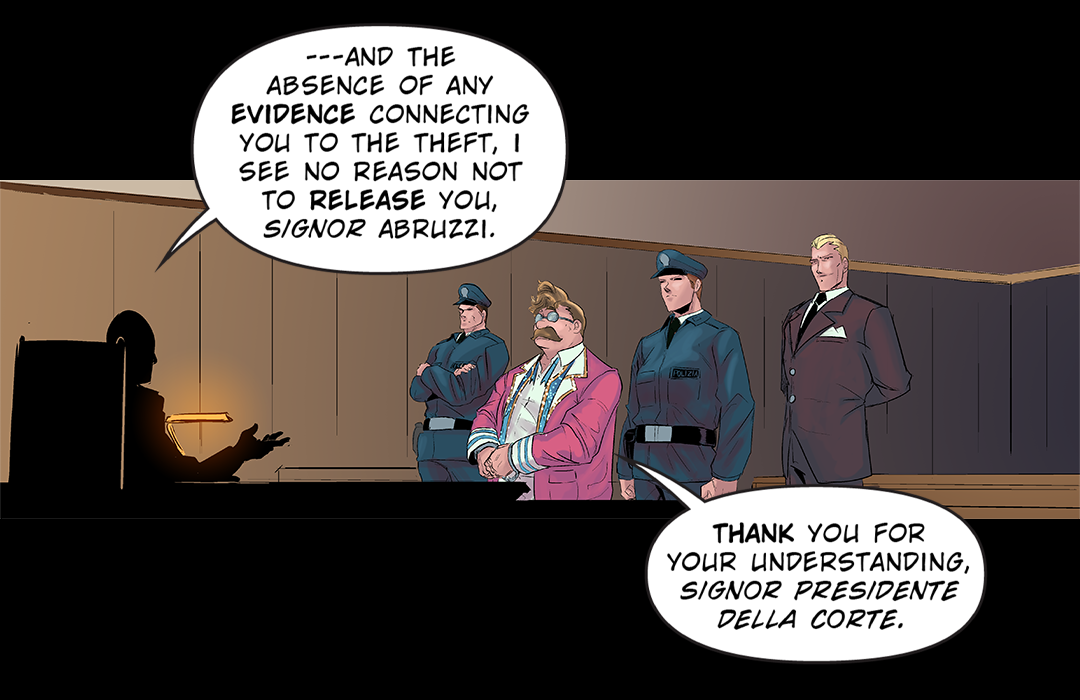 Although, they often a price to paid for doing so.

Something Big by Chuck Dixon

Let’s be clear about something – Larry Dorfman is no kind of hero at all. He’s not an agent of chaos on the side of justice, instead dedicating himself to looking for the next bigger-than-life haul.

He’s just a straight-up criminal and always has been.

The fact that his would-be victims are the creatures that destroyed the majority of the human race and seized our planet is purely coincidental.

They just happen to have what he wants to steal.

How to Succeed Like a Dark Lord By Vox Day

Most dark lords have a problem in terms of vision.

All of them know they are determined to conquer the world and intend to rule it with an iron hand, but how many think past the moment of triumph, when the armies of the Earth lie broken at their feet and all the banners of the all the nations lay in the dust before them?

I mean what’s next?

Go bowling? Send out for pizza? Have a Bud?

Dark Lord Davos has decided to the answer to that question is to write his memoirs.

Problem: Davos is a first-time author and he does NOT take constructive criticism well.

Arktoons’ motto is that great stories belong to the world, so if you would like to support the website, please consider buying a subscription. While Arkhaven titles on Arktoons will forever remain free to all, independent creators operating on the platform will soon have the option of being directly supported by their patrons.