A new, transgender version of OMAC has made their debut into the DC Universe in the pages of Superman and The Authority.

Continuing in their obsession with using the legacy identities of their superheroes as cheap attempts at ‘rainbow marketing,’ as seen in their recent confirmations that both Tim Drake and Jon Kent are sexually and romantically interested in men, DC Comics has now introduced a new, transgender version of OMAC into their current comic book continuity.

First seen on the covers to, and briefly in the third issue of, Grant Morrison’s recently concluded Superman and The Authority, the new OMAC makes his full debut in the miniseries’ final issue, wherein he can be seen lashing out at Apollo out of the mistaken belief that the solar-powered hero has had a hand in the disappearance of his girlfriend, Lia Nelson – better known as the new, female incarnation of the New God Lightray. 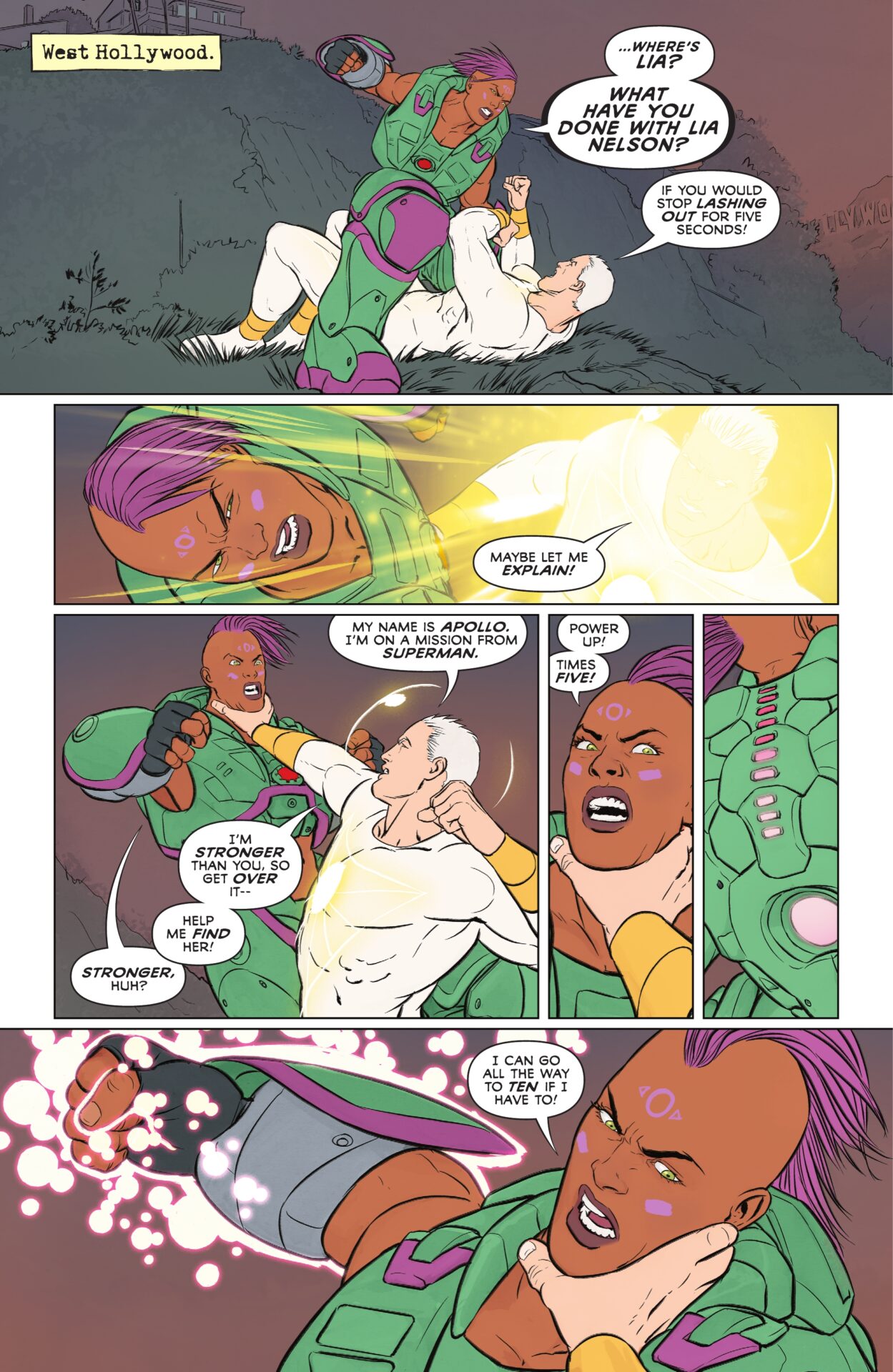 Ultimately, after discovering Eclipso was responsible for Lightray’s disappearance and putting an end to the machinations of the villain’s handler, the Ultra-Humanite, Lightray is invited to join Superman’s Authority team.

Yet, before accepting his invitation, Lightray informs the Man of Steel that she and OMAC are a package deal, stating that wherever she goes, her pink-haired companion goes as well.

Before he’s even had a chance to oblige Lightray’s condition, the Man of Steel is soon met with an overtly-defensive and insecure rundown of their relationship from OMAC, all of which concludes in the vocal declaration of their own personal pronouns.

“Me and she, we’re Mac and Cheese, Stars and Stripes, Cops and Protestors, Laws and Outlaws,” the transgender superhero says to Superman. “Where she goes, I’m there. Pronouns: He, Him, They.”

As of writing, little is known about Morrison’s new OMAC, including whether they share any direct relation to either the original One Man Army Corps iteration of the character created by Jack Kirby, the Omni Mind And Community drones created by Batman’s Brother Eye shield, the now depowered One-Machine Attack Construct version seen briefly in the New 52, or even the OMAC concept as a whole.

However, it does appear that the new OMAC’s design does make use of various imagery seen across the character’s various depictions, including a circular red chest symbol and forehead markings reminiscent of Kirby’s classic ‘eye’ icon.

What do you make of Morrison’s new OMAC? Let us know your thoughts on social media or in the comments down below!