Almost twenty years after its initial publication, Marvel has finally retconned the controversial and widely-panned Spider-Man storyline ‘Sins Past,’ removing any trace of Norman Osborn’s involvement in the fathering of Gwen Stacy’s children.

Penned by veteran Spider-Man writer J. Michael Straczynski in 2004, Sins Past saw Spider-Man discover that the late Gwen Stacy had not only cheated on him with his archnemesis, Green Goblin, but he also fathered two children – Gabriel and Sarah Stacy – with her.

Manipulated by Osborn into believing that the web-slinger was the one who killed their mother, the twins dedicated themselves to enacting revenge upon Spider-Man, with Gabriel even adopting the identity of the Grey Goblin (as well as subjecting himself to the Goblin serum) in the hopes of gaining an edge over his arachnid opponent.

If this brief summary, sounds completely asinine and leaves you feeling as if Marvel bastardized Spider-Man’s history, you’re not alone, as Straczynski himself never intended for the storyline to play out in such a poorly written way.

According to Straczynski, he originally wrote Gabriel and Sarah as Peter’s children, but “editorial nixed the idea,” as they felt that “it would age Peter Parker too much if he had two adult kids running around” (Hilariously, Marvel would not learn from the backlash to this story, as said concerns over Peter’s ‘youthful relatability’ would lead the publisher to try to ‘de-age’ the hero once more just three years later with One More Day).

However, thanks to Nick Spencer and his recent Sinister War storyline, this spiteful, editorially-mandated family tree has officially been axed.

In The Amazing Spider-Man Vol. 5 #73, it is revealed that Gabriel and Stacy were actually some sort of unspecified genetic homunculi, created and continually cloned by Harry Osborn (now known as the supernatural villain Kindred) with the assistance of long-time Spider-Man foe Mendell Strom, for the sole purpose of enacting a twisted mental revenge upon his father. 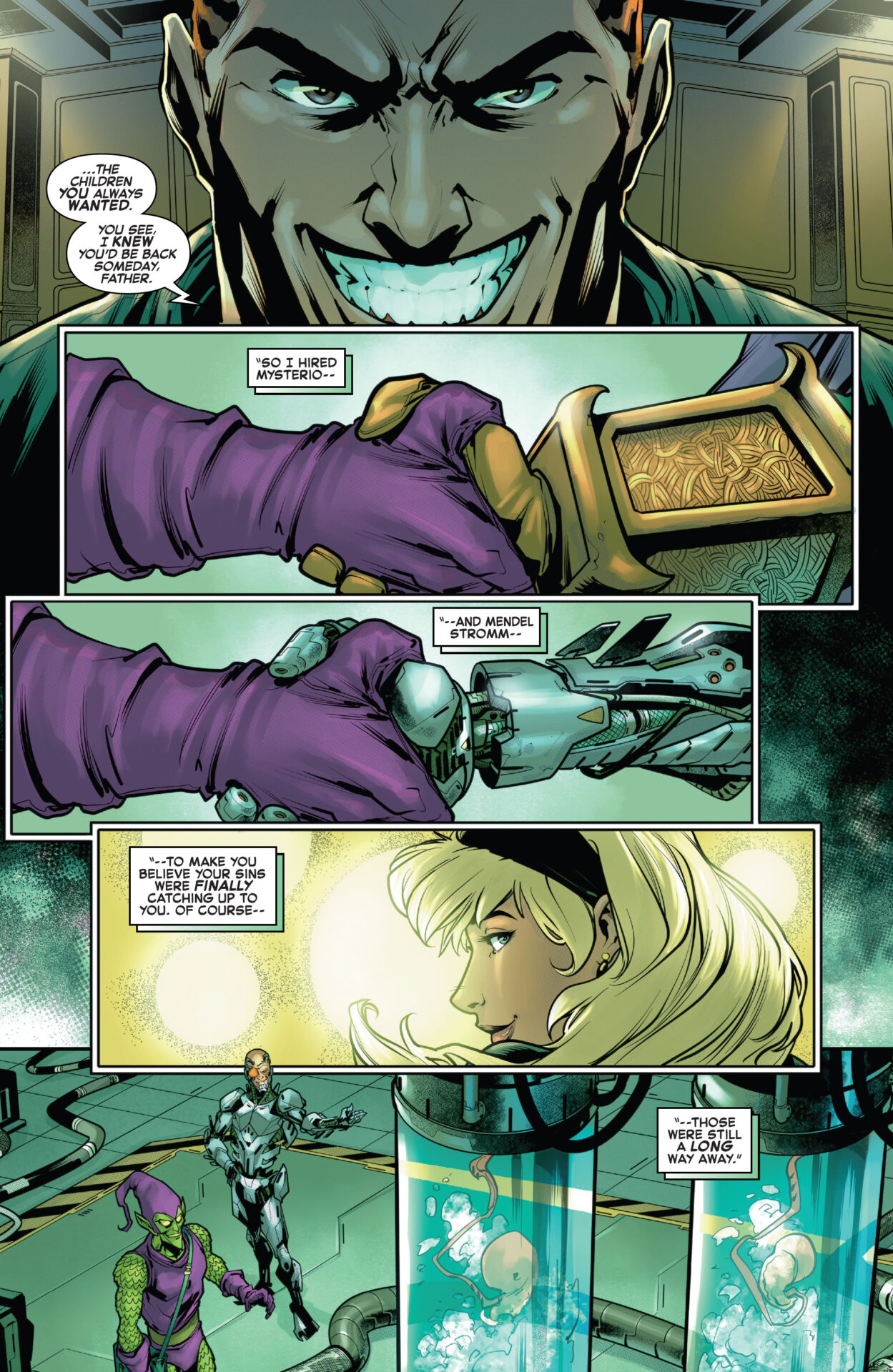 Aided by Mysterio, Harry then manipulated the memories of both Norman and Mary-Jane  – the only two people outside of Gwen who knew about the supposed ‘affair’ – to believe that the events transpired as previously depicted.

Interestingly, it seems as if Sins Past may not be the only Marvel misstep that Spencer is seeking to correct, as in the final pages of the issue, Doctor Strange can be seen speaking with Mephisto – possibly hinting at a retcon of the aforementioned abomination, One More Day.

What do you make of Marvel’s retcon of Sins Past? Let us know your thoughts on social media or in the comments down below!