A wrestling promoter stopped his own show to address a racist fan and we have video. And, AEW broke a record at Revolution.

World Famous Monster Factory wrestling promotor Danny Cage stopped the action of the show because of a racial comment made by an audience member. Also, AEW Revolution broke a record for AEW and it is great news.

The past two years have been turbulent. There have many pressing issues outside of pro wrestling, including Black Lives Matter.

In the past, wrestlers and fans have been known to use questionable langue during shows. Meanwhile, the world is changing as people start to re-evaluate how they act.

The World Famous Monster Factory recently ran an event called “Because We Can.” The show ran two and a half hours, but there was a big moment three quarters of the way through.

The show’s promoter, Danny Cage, paused the show to deliver an important message. Basically, a fan in attendance told a black wrestler to go back to Africa.

That is not cool and Cage cut a quick, but passionate promo.

“Hey is everybody having a good time? So, I gotta bring something up” said Cage. “It’s gonna get real real in here. Please be quiet and pay attention to me.”

“I don’t mind you guys yelling at our wrestlers and stuff like that. But, I don’t want to hear ever again ‘send them back to Africa’ or any s— like that.”

Also, Cage provided his personal cell phone number to the crowd to help identify the person.

The show did eventually continue.

Basically, a fan crossed the line. Cheer and boo wrestlers all you want, but certain comments do not fly.

Remember, it is a show about entertainment.

We would & will. Say when & we will get it done. Thank you. https://t.co/JdcOvsFfsW

.@Gap I love you. Y’all ever have a pro wrestler on the team? pic.twitter.com/r8vgZrhG4V 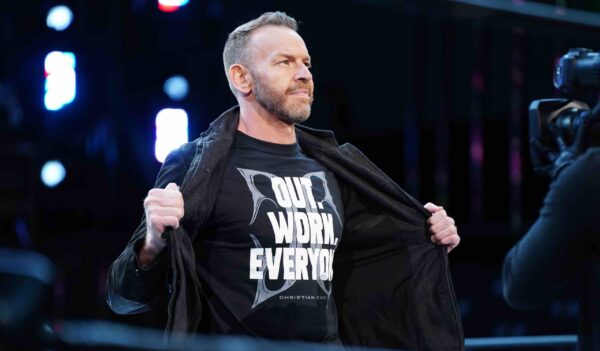 AEW Revolution had some major flaws and it was not their best pay per view. Still, it was the highest selling pay per view according to Wrestlenomics.

The show had big takeaways with Christian Cage’s debut, Sting’s return to action and the main event being a dud. The rest of the card was decent, but those reasons are why so many tuned in.

The event took place on a Sunday, so not to compete with UFC. Although, AEW had to face the NBA All-Star Game.

Here is a breakdown of buyrates for every AEW pay per view.