Even though Christian Cage [1] is a wrestling legend, the WWE ruined the wrestler in more ways than one. Needless to say, fans were happy to see him go to AEW.

One of the first ways WWE ruined Christian Cage is by letting him lose to Randy Orton [2] after his championship win.

The first time Christian won the WWE World Championship was truly special. In fact, he had the entire WWE Universe behind him and was ready to burst through the glass ceiling.

For whatever reason, the WWE changed its mind. Only a few days after beating Alberto Del Rio, Orton beat Christian for the WWE World Championship.

There could have been a fantastic feud between Orton and Christian. Instead, they cut Christian’s title reign short.

The storied romance between Christian and Trish Stratus [3] could have been amazing. It all started with a love triangle involving Jericho, Christian, and Stratus.

When Christian returned, the WWE seemed to put no effort in the storylined relationship. Then, Stratus suffered an injury as well.

In the end, the storyline between Trish and Christian was completely written off. However, there was never any explanation for it.

Forgotten In Favor Of Edge

This is probably the biggest thing in terms of how the WWE ruined Christian Cage [4]. Of course, it all starts with the tag team that made him great.

One of the tag teams that defined the Attitude Era were Edge and Christian. However, one got left behind when the tag team broke up.

While the WWE originally focused on both wrestlers, the company eventually went with Edge alone. It was clear the WWE lost interest in Christian as a singles competitor.

Opportunities for Edge and Christian were very different. However, both men were extremely talented and each had their own set of strengths.

Christian [5] never had a fear of ladders and he competed in countless ladder matches, he never took the briefcase home with him.

Several superstars always got selected over Christian. Some of these wrestlers include Dolph Ziggler, Kane, CM Punk, and Jack Swagger.

Needless to say, the WWE also ruined Christian Cage by not giving him a Money In The Bank win.

Considering some of the cash ins that followed, Christian would have been the better choice. 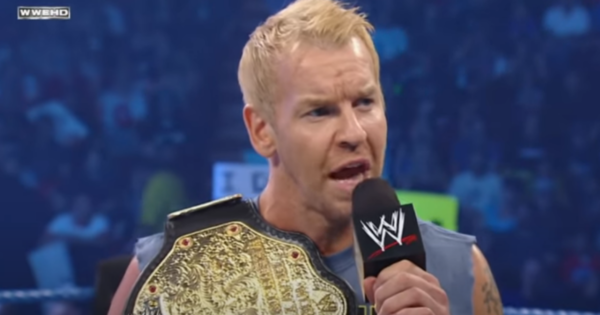 Christian never had too much luck when it came to single title runs. While he did capture singles titles, his title runs were usually quite short.

When you look at wrestlers such as Sheamus and Daniel Bryan [6], they both had lengthy title reigns. Christian on the other hand, had title reigns of a couple of days or weeks.

Despite a lack of investment in his singles career, Christian is still an all-time favorite for many fans. Unfortunately, the glass ceiling he dealt with was held over him by the WWE.

No Hall Of Fame Induction

WWE [7] ruined Christian Cage in more ways than one. In fact, the insults to him came long after he went into retirement.

Several years ago, Christian suffered serious concussions which forced him into retirement. But he didn’t get the massive farewell or the Hall of Fame induction most wrestlers get.

Upon his retirement, Christian focused on a broadcasting career. Over the course of time, he made some sporadic appearances in the WWE.

The lack of Hall of Fame induction eventually became a running joke between Edge and Christian. That being said, we are sure it grates on him on a personal level.

With Christian now in AEW, it is unlikely that he will receive a Hall of Fame induction anytime soon.

In 2005, Christian had some amazing momentum. However, the WWE seemed more than willing to ignore that momentum and chose another wrestler for the big time.

While we all love Chris Jericho [5], there was a time where Christian should have been chosen instead. Back in 2005, Christian was on the top of the playing field with massive fan support.

At the time, Christian had more momentum than Jericho. Nevertheless, the WWE chose Jericho to head into a feud with John Cena.

Once again, Christian was massively overlooked. Of course, it leaves us wondering what could have been if he did head into that match with John Cena.

After being disgruntled with WWE [8], Christian eventually went to TNA. Fortunately, the wrestler thrived and became a main eventer on the brand.

The WWE’s lack of respect for Christian became more obvious upon his return in 2009. Christian may have proved himself in TNA, but the WWE still did not take him seriously.

Instead of ending up on the main brands of Raw or SmackDown, Christian ended up on a third ECW brand. And while he did become champion, it was clear the WWE did not believe he should have a top spot.

With his recent move to AEW, we hope that Christian finally get the exposure and adoration he very much deserves.

However, we do have to remember Christian is no longer the same wrestler as many years ago.

The main thing for Christian now is to get the respect he deserves.

Whether he becomes a tag team manager or actually has a singles run with the AEW Championship once, it does not matter too much.

In our opinion, Christian deserves the same respect as Sting has received moving to AEW. For now, we can only guess what Christian’s plans truly are.

Either way, we are excited to see what the future holds for this talented wrestler.