James Gunn Tweets in support of Cancel Culture, but his support likely only extends to those who agree with his ideologies.

Can it be true? Did James Gunn tweet out for the Right of Cancel Culture?

Yes. Not only that, but he says that everyone has a right to cancel him as well.

In a recent series of tweets, Gunn has argued that “cancel culture” incidents are nuanced. However the nuance in this instance is different than what Gunn presents. It all depends on the zeitgeist of the day. The environment of Hollywood and the sociopolitical climate.

It’s going to be a long read. Buckle up folks. 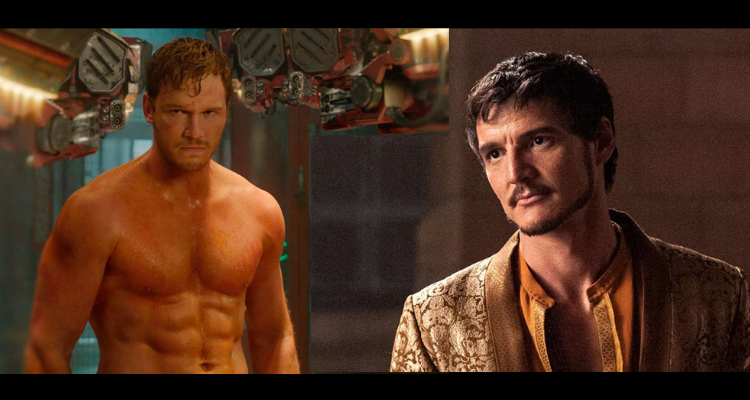 At the time of Gunn tweeting, a multitude of people were also targeting Chris Pratt, yet again attempting to cancel him for another perceived offense. Some were even calling for Pedro Pascal to replace Pratt in the role of Star Lord.

One user @bisexualparker posting “‘a** or ti**’ bro pedro pascal as star lord.”

Another user, @yungchente91, wrote, “imagine if we replace chris pratt for pedro pascal as star lord.”

Related: Chris Pratt Attacked As White Supremacist After Not Being Part Of Avengers-Themed Virtual Fundraiser For Joe Biden

These calls to cancel and replace Pratt came just a week after the same crowd brought him up in discussion after a Pratt & Whitney engine failed and fell from an airplane.

The calls to get Pratt out aren’t anything new. A number of Guardians of the Galaxy cast came out in defense of Chris Pratt before, when the cancel culture mob went after the actor over some fake tweets. Even before that, they had gone after him over his faith and attendance of the Hillsong Church, which actor Elliot Page in particular had issue with.

“Stop calling everything ‘cancel culture’ because you’re too dim to have a nuanced opinion,” wrote Gunn. “People can be offended by something, or think something sucks, and that’s not ‘cancel culture’- it’s free speech.”

He continued, “To all those writing me about the times people get unfairly attacked- yes, that sucks! But that doesn’t mean every time someone is offended by something it’s ‘cancel culture.’ Calling EVERYTHING that is a knee-jerk response that destroys your point.”

Some might agree with his statement, but it’s important to note that there’s a difference between being offended and calling for something, including its history, contributions, and everything that it comprises, to be completely wiped off the map. A recent example of such difference is Gina Carano, as the cancel mob, being offended by Gina Carano’s tweets, effectively pushed Disney to fire her.

Gunn then asserted, “I don’t think there are many people here, on the left or the right, who think Harvey Weinstein shouldn’t have been “cancelled” for what he did.”

“Likewise, these are all nuanced conversations,” he argued. “I think most Latin people love Speedy Gonzalez, which is a pretty good argument that he shouldn’t be “cancelled”. But Pepe le Pew, to me at least, is offensive because of the way he treats that cat.”

Giving another example, Gunn said, “And a book publisher deciding not to publish some books because some of the images in them are hurtful to minorities, is not cancel culture. That’s THEIR free speech at work.”

He concluded, “And for all of you out there (I see you) saying, “what about people who try to cancel you?! Do they have the right to do that?! OF COURSE THEY DO. And I will fight for their right to do so. I may not agree with their opinions but I believe deeply in their right to free speech.”

Cancellation as a Culture

Ultimately the argument that many on the internet have about cancel culture isn’t about the right to cancel people. So let’s talk about the nuance Gunn indicates in the tweets.

The “cancellation” of Pepe Le Pew is an argument about a cartoon character’s history and impacts what the character’s future in media will be. The infamous skunk was going to appear in the new Space Jam starring LeBron James, and even before the cancel mob took issue with Pepe, Warner Bros. cut his scene from the film.

This cancellation was no doubt due to the current social climate, as kids growing up in decades prior were somehow intelligent enough to know there was an issue with how Pepe Le Pew approached a female cat.

The “cancellation” of Harvey Weinstein is a bit more serious, because of a number of accusations brought against him for sexual misconduct. However, elites in Hollywood had no issue with Weinstein doing what he did in decades prior.

“Cancelling” Dr. Seuss’ books because of offensive imagery happened as the result of a public outcry which called upon publishers to remove the books from their lineup. But those same Seuss books were enjoyed by a large number of readers for several decades without any such moral panic being produced as a result of the imagery used by the famed children’s author.

Critics participating in cancel culture list numerous issues for their grievances, ranging from systematic racism to micro transgressions against minorities in historical works, and in some cases even call for such representations to be completely erased

From Abraham Lincoln to Martin Luther King, there isn’t a person in history who these cancel culture adherents won’t go after. But their voices were silent for years, so why are we only now hearing their grievances against the many, MANY issues that have supposedly plagued society throughout history?

It’s because to such self-proclaimed social justice warriors, no matter how much good one might have done, it will never, ever be enough for them. In fact, if you happen to find yourself targeted by them, even the most sincere of apologies becomes moot, as their expectations are above and beyond anything reasonable. 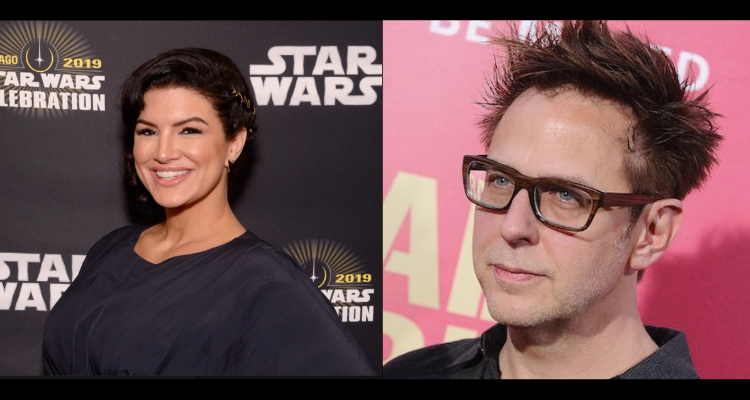 The Left is the Right Side of Cancel Culture

On the other side of cancel culture, we have Gina Carano. Her dilemma with Hollywood is different, and more akin to those experienced by the likes of Dean Cain, Kevin Sorbo, James Woods, Scott Baio, Antonio Sabato Jr, Roseanne Barr, Dennis Quaid, and a few others.

It’s also worth noting that the aforementioned actors haven’t been as active in Hollywood as their more liberal counterparts. It’s because the left has been a major part of Hollywood culture for a very long time,  which one assumes would result in anyone espousing political leanings toward the right to have a hard time finding gigs.

Scott Baio at some point even stated that his work in Hollywood might be dried up because of his political leanings. “I genuinely, in my heart, do not care if I ever work again, so I don’t care,” Baio told The Hollywood Reporter.” I’m comfortable and I’ve got a great life, but If I don’t have a country that is recognizable to me, I’ve got nothing,”

However, there might even be more in Hollywood who are right leaning, but haven’t said as much. Because, as we learned from THR at the cusp of Gina Carano’s firing- actors are told to avoid politics.

In the wake of Carano’s firing, PR crisis manager Juda Engelmayer told the entertainment news outlet,“I don’t know what people at Disney personally believe or don’t believe with regard to politics, but as a corporate entity, they want to stay as trouble-free as possible.”

“And anything that’s going to offend the left is a problem,” he admitted. “I have clients who are making an extraordinary effort to post what the social left wants to see.”

Of course, James Gunn wouldn’t have an issue with cancel culture, because he knows that people who align with him politically will be fine.

Disney fired Gunn years ago, over a number of tweets that were extremely vulgar in nature, even mentioning sexual violence against children. In 2018, Disney Chairman Alan Horn in a statement to Hollywood Reporter said that, “The offensive attitudes and statements discovered on James’ Twitter feed are indefensible and inconsistent with our studio’s values, and we have severed our business relationship with him.” 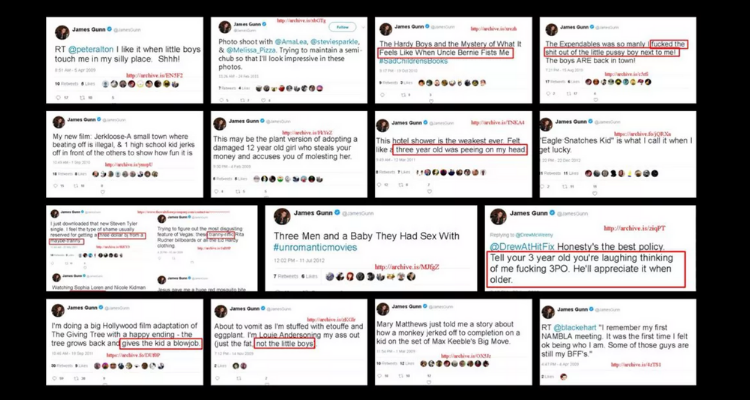 At the time, Gunn was publishing a number of tweets critical of then President Donald Trump. Some who criticized Gunn’s firing shared the opinion that it was due more to these tweets than the ones noted above.

Despite this, Gunn quickly moved on with Sony, creating a horror film with a Superman twist in Brightburn. He would eventually go on to do DC’s Suicide Squad, a reboot of sorts of David Ayer’s 2016 film. A year later, Gunn is back at Disney/Marvel.

In an interview with Deadline, he spoke of Disney’s right to fire him, saying, “I don’t blame anyone.”

“I feel and have felt bad for a while about some of the ways I spoke publicly; some of the jokes I made, some of the targets of my humor, just the unintentional consequences of not being more compassionate in what I’m putting out there,” he told the entertainment trade. ” I know that people have been hurt by things that I’ve said, and that’s still my responsibility, that I wasn’t as compassionate as I should be in what I say.” 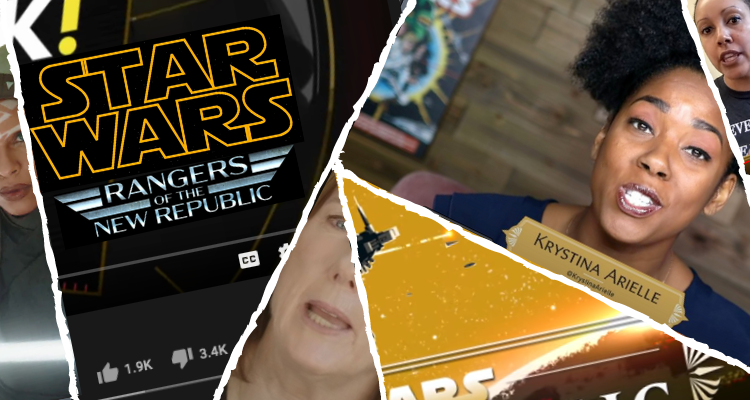 Gunn also had the support of his entire Guardians of the Galaxy cast, as well as a number of other Hollywood voices who have spoken against his firing.

So, when you have a number of powerful names in Hollywood chiming in, not to mention the cast members of one of the most successful Marvel films coming out publicly against the firing, it was all but a foregone conclusion that his return to Disney was inevitable.

Compare this to some of the backlash other Hollywood personalities have felt over the years, most of all Carano.

Instead of a name attached to Carano’s dismissal from The Mandalorian, Deadline only states that it was a Disney/Lucasfilm spokesperson making the call to announce the news to trades. Carano only found out about her firing through social media the same time the public did. Gunn at least got the courtesy of being dismissed personally in a phone call with Alan Horn. 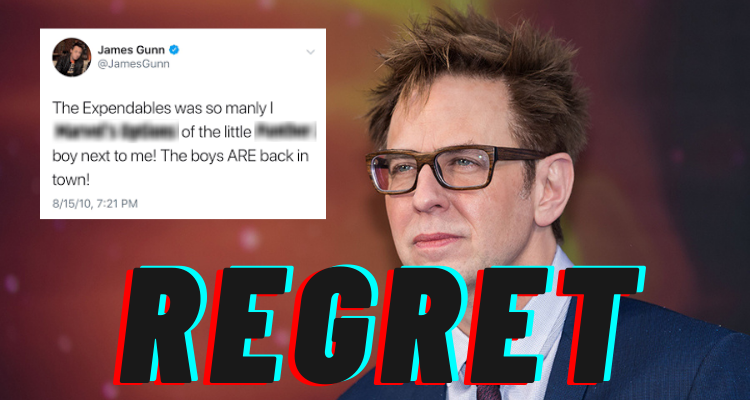 And while Gunn had several people in the industry come to his aid, Carano did not have the same luxuries. She spoke to The Daily Wire’s Ben Shapiro stating that there are a few people who went to bat for her, but in the end they lost out.

Despite this, Carano has had the support from a multitude of fans of her character from The Mandalorian, not to mention the fans of her celebrity from her days on American Gladiator and fighting in the MMA.

These same fans have been voicing their support by massively down-voting any and all Disney content put out on social media, as well as leaving comments of discontent with their filming practices in China, the firing of Gina Carano, and calling out hypocrisy from Disney/Lucasfilm for tokenizing John Boyega’s character for The Force Awakens.

Nonetheless, James Gunn can support cancel culture. Because underneath it all, he knows which side will prevail.

But what do you think of Gunn’s tweets in support of cancel culture? Sound off in the comments below or let’s talk about it on social media!