Introduced in Star Wars: The High Republic: Into the Dark by Claudia Gray, Geode is the navigator of the starship called The Vessel that is piloted by Leox Gyasi of the Byne Guild. 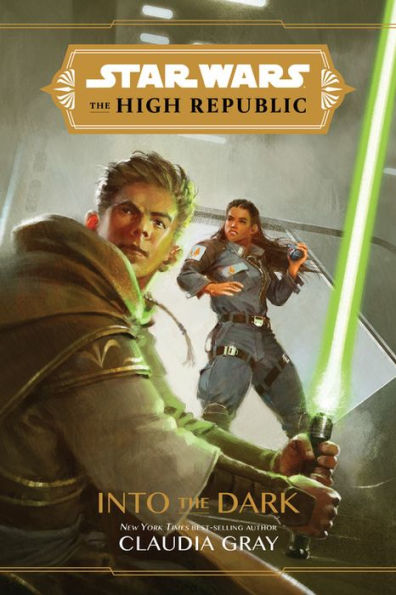 When he’s introduced in Into The Dark, Grey writes, “But all conversation came to an end as Leox and Affie stopped their group at the edge of the cockpit. ‘And this here,’ Leox said with a grin, ‘is our ship’s navigator, Geode.'”

That narration reads, “Standing in one corner of the cockpit was a rock.”

It continues, “About as tall as and slightly wider than Reath himself, dark gray, with rounded edges and a flinty, flaky surface. Impressive as rocks went. But still, it was just a rock, wasn’t it? Reath frowned, sure this was some kind of weird joke.”

It’s not a joke. Gyasi explained, “He’s a Vintian, from Vint.” The pilot added, “Geode’s a nickname, by the way. Turns out you can’t pronounce his name correctly unless you don’t have a mouth.”

Gray later writes, “Leox cackled as he began leading them from the cockpit into the ship. ‘Yeah, you just wait. But I don’t want to give you fellas the wrong idea. Geode’s a wild man, for sure, but when it comes to steering the ship, he’s all business.'”

Gray continued, “‘Solid, you might say. Orla raised an eyebrow. ‘Very well. Let’s get a look at our bunks.'”

You can read the excerpt from the book below.

He wrote, “I noticed there isn’t any official concept art for Into The Dark’s breakout star Geode yet.” 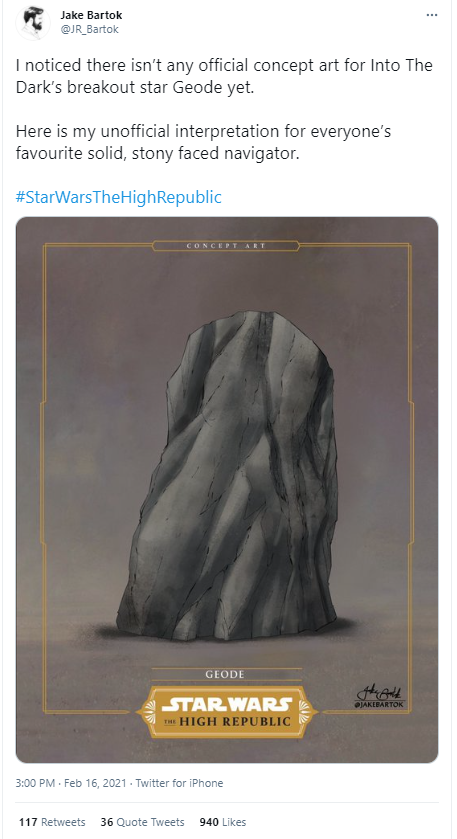 This is the state of Star Wars. They unironically introduced a rock named Geode as the navigator of a ship called The Vessel.

It can’t get worse than this can it? They’ve hit rock bottom right?

What do you make of this new Star Wars: The High Republic character and how it is introduced?