Rumored Plot Leak Reveals Gina Carano Would Have Had Major Role In Star Wars: Rangers of the New Republic

YouTuber Doomcock is rumored to have information on what could've been the lead-up to the Rangers of the New Republic with Gina Carano.

In a recent video, YouTuber Doomcock revealed that he had been given some interesting information regarding what could have been the next phase for Star Wars on Disney Plus, in the form of a leaked plot for the upcoming Rangers of the New Republic series which featured former The Mandalorian actress Gina Carano front and center.

To summarize Doomcock’s information, Carano’s Cara Dune would have allegedly made an appearance in the Boba Fett series, Book of Boba Fett, in a recurring cameo role. Her involvment in the show would be to ultimately build her up before introducing her as the lead for her own series.

There would have be tie-ins with others shows that Filoni produced, as well as EU lore, and would have culminated in a large scale crossover show between all of the Disney Plus Star Wars shows.

However, as Overlord DVD states, there were actual plans that Favreau made to feature Carano in her own series, but when Kathleen Kennedy fired Carano, these plans were squashed. 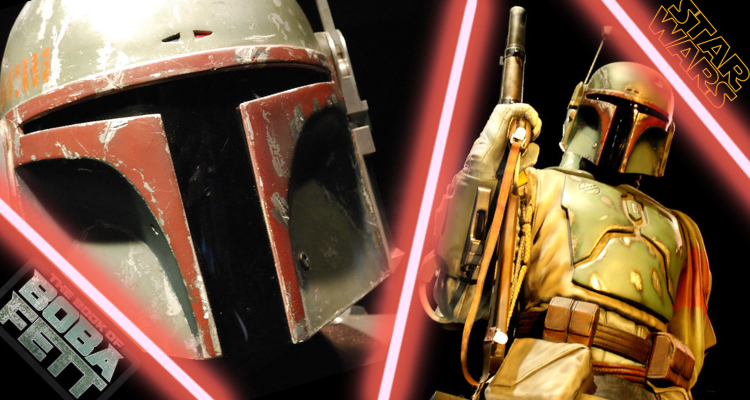 According to Doomcock, “there is a major upheaval going on inside Lucasfilm right this minute. The civil war has heated up and it’s about to become very public.”

As previously claimed by the YouTuber, there are supposedly two warring ‘factions’ within Lucasfilm vying for right to direct where the company goes with the Star Wars story. Some rumor have even gone so far as to indicate that erasing the sequel trilogy set up by Disney Star Wars was one of the prime points of contention.

As a result, Doomcock states,”I have been provided with information from sources I have been told are, how shall we say, intimately involved in this conflict.”

“Yesterday, I received a communication respectfully asking me to get this out to you,” he added. “I think because a certain faction inside Lucasfim wants you to see the tragedy of Gina’s firing for yourselves. [And] by understanding just how cool Favreau’s plans for Cara Dune were, and her presences was going to impact the larger Star Wars Universe.”

Proceeding to “share with you [what] is reportedly an overview of what John Favreau plotted out for Cara Dune throughout all the Favreau verse series,” Doomcock explained that “Cara Dune was going to be a major part of Favreau’s plan, if this leak is to be believed.”

“The firing of Gina Carano has thrown everything into chaos,” says Doomcock. “It is my feeling that I was leaked Jon Favreaus plan for Cara Dune to alert the fans of the narrative damage done to Star Wars by this idiotic move.”

But like most rumors coming from his sources, he warns viewers to take it with a grain of salt (or even a little bit less), cautioning, “While I cannot confirm this information for myself, I must therefore ask you to take it this unverified rumor with a grain of salt. I have gotten specific and repeated requests to publicize this from contacts from inside Lucasfilm, which is somewhat of a rarity. Which makes me believe we might be able to take this particular rumor with a little bit less salt, this time around.” 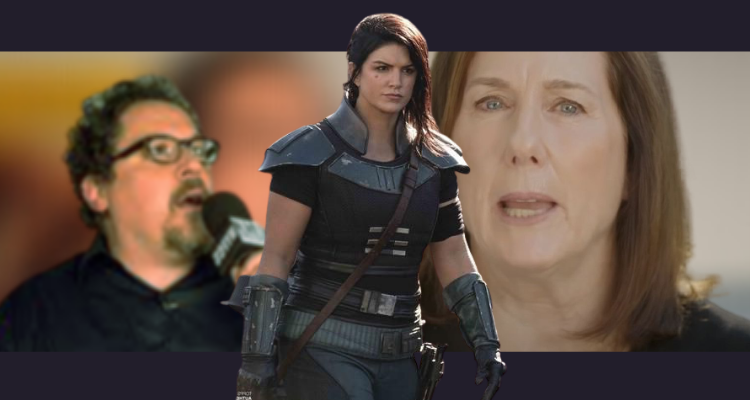 Doomcock goes on to speak about the outline Favreau was working on for the rest of the Disney Plus show, though he does note that “unless they bring Gina Carano back,” that outline is now trash due to her unceremonious firing earlier this year. Which is 99% doubtful at this point, given the definitive nature of the statement regarding Carano’s firing given by a Lucasfilm rep to Deadline at the time it occurred.

While fans undoubtedly remember the moment in season 2 of The Mandalorian when Cara Dune is given a badge by an older X-Wing pilot, which many believed to be the moment she was officially incorporated into the New Republic forces as a Marshall. However, Doomcock states that not only was she not officially a Marshall at that point, but that she wouldn’t be acting as one in the Book of Boba Fett either.

Dune’s introduction in The Book of Boba Fett would have been the start of a much larger role for Carano in the future of Star Wars, with one rumor even claiming that her character was next in line to receive a spin-off series.

As clarified by Doomcock, the aged Mandalorian would be looking for backup for a mission, “more or less forcing her to help him track down a rogue group, a group he only knew of at that time as The Batch.” 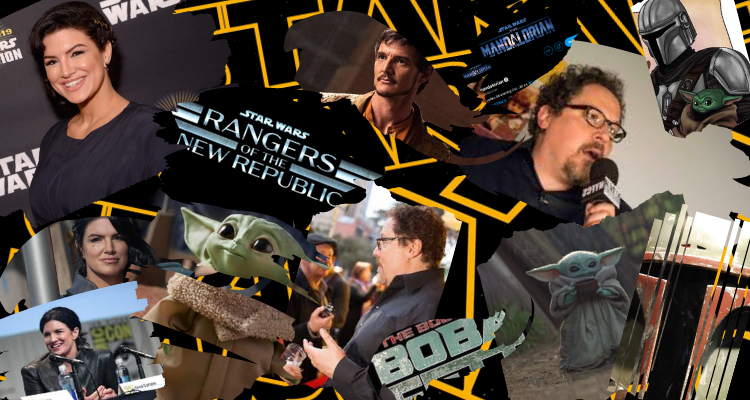 This plot point would have tangentially tied-in with the upcoming Clone Wars spin off series the Bad Batch, which is set to premiere on May 4th of this year. Fett would pressure her into helping by holding the illegal Imperial assault incident she participated in with Bill Burr’s Migs Mayfeld over her as leverage.

He continued, stating that “Gina would be the leader of this band,along with the Mandalorian [presumably referring to Boba Fett], The assassin seen with Boba Fett in the Book of Fett [Presumably Ming Na Wen’s Fennec Shand], the old X-Wing Pilot, and a number of other characters. As referenced earlier, The bad guys would be The Bad [Batch].”

“The old guy would get killed,” he further summarized. “But in his dying breath, he would tell Cara Dune his plan for her to replace him all along. That there was something dark coming something she needs to prepare for. Because no one in the New Republic will listen to him in this regard. He gives her his badge, telling her ‘This is all you need’, then he dies. Thus Cara Dune becomes the Marshall.” 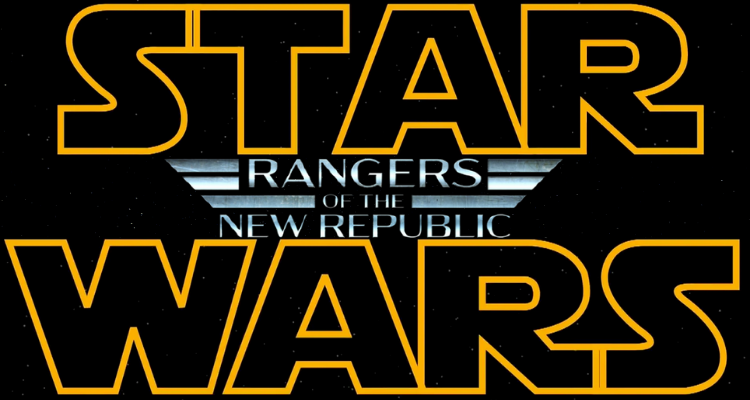 Doomcock also writes that, “as the series would progress, their struggle against the Bad Batch would become more desperate.”

“In the current outline, the rangers would be pushed back to a final list stand,” he clarified. “And just when it looks like they’re about to be overrun, a hooded figure drops out of nowhere. And telling her to lay low.”

“This mysterious character walks forward and easily dispatches the troops with her blood orange lightsaber,” teases the YouTuber. “She’s been tracking the old man who recruited Cara Dune for reasons she will not reveal. And she convinces Cara Dune to continue to the work the old man was doing.”

Disney had previously revealed plans for the Star Wars: Rangers of the New Republic during the investor day event last December. The announcements for all the shows were there, but with very few cast members announced for any of the news series.

As such, a connection between Rangers of the New Republic and the Bad Batch would make sense, as Disney would most likely spoil that the series’ would bridge together if it revealed that the two shows shared principal members of their cast. 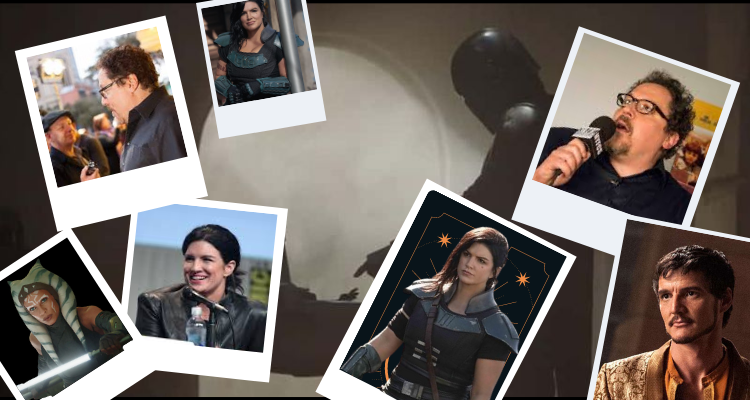 Doomcock would then state that his heart went out to Favreau, “who by all counts is still struggling on trying to save Star Wars despite all the internal resistance.”

“When asked what are his plans now, he says he’s not sure what the future holds,” says Doomcock. “But until KK is gone, he’ll have to play it close to his vest. Why he hadn’t come out in defense of Gina Carano, his answer was allegedly, if he does it would make things even harder. And there was a possiblity he could even get the axe himself.”

Of course, Doomcock again warns that fans should “treat this as rumor folks,” as though he hasn’t personally “spoken to the man,” his sources claim that “Jon Favreau knows he can’t affect change if he’s not at Star Wars. And he wants to save it if he can.” 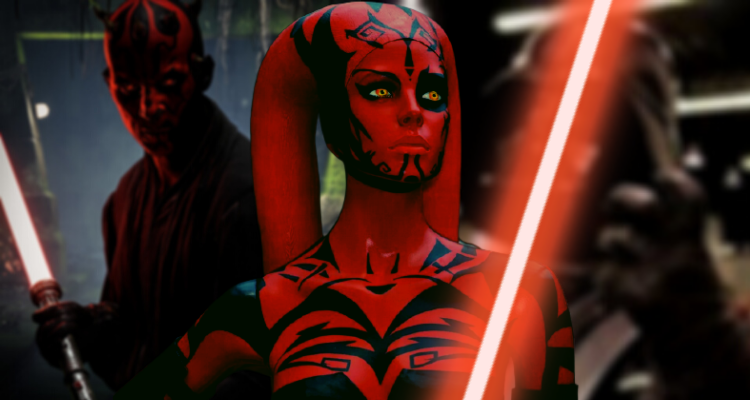 A Link to the Past or the Future?

The hooded figure would then leave on a ship that Doomcock says “many EU fans will recognize”.

“That figure was going to be Darth Talon,” revealed Doomcock. “As I reported several months back, Favreau and Filoni were looking to bring in the EU. In defiance to Kennedy’s trashing of the EU. For those of you who don’t know, Darth Talon was a female Lethan Twilek who would be a Sith lady.”

Doomcock then goes into greater detail about the history of Darth Talon. He spoke of her apprenticeship under Darth Krayt, her mentorship by Darth Ruyn, and her subsequent killing of her mentor at the behest of Krayt, before touching upon her own tutelage of Cade Skywalker.

Which is an interesting point to the story, mostly because, as most of The Mandalorian did, it will fly in the face of EU lore. Though, that is pretty much in line with most of the writing for the new Disney Star Wars.

Cade Skywalker is the descendant of Luke Skywalker and Mara Jade. His father is Jedi Master Kol Skywalker, mother Morrigan Corde. Kol is the son two unnamed parents, while the male of that union was the son of Ben Skywalker. Essentially, four generations of Skywalker pass before Darth Talon becomes somewhat involved with the training of young Cade.

You see the problem here?

Inserting Darth Talon at this point in the story, where Luke is barely starting the Jedi order again, throws a lot of the development of this character and associated parts of her history in disarray, to say the least. But we’re already familiar with Disney and Lucasfilm’s habit of not caring too much about the history of a character or place in the Legends whenever they want to carry it over into live-action.

As for Rangers of the New Republic, it seems that its writing will be standard Disney Star Wars fare, but for Favreau, the pressure is on now that the powers that be at Lucasfilm fired Carano. Now he’ll have to either recast the character or go back to the drawing board with the scripts for these shows.

In the first instance, despite fans of Gina already being unhappy about what happened to her, even casual viewers will be confused by the character’s potential change of appearance. If the latter, then it will be a hefty task to overhaul the scripts to line up with another vision for the Rangers of the New Republic show.

Either way, not good for anyone involved.

What do you think of these supposed leaked outlines for Rangers of the New Republic? What are they to do now that Gina Carano is gone from Disney/Lucasfilm? Sound off in the comments below or let’s talk about it on social media!