WWE wrestler Peyton Royce almost burst in tears this week as she addressed her bosses. With it, new speculation begins about her future.

Aussie wrestler Peyton Royce seems to be quite frustrated with WWE bosses. This week, she was fighting back tears on Raw Talk. 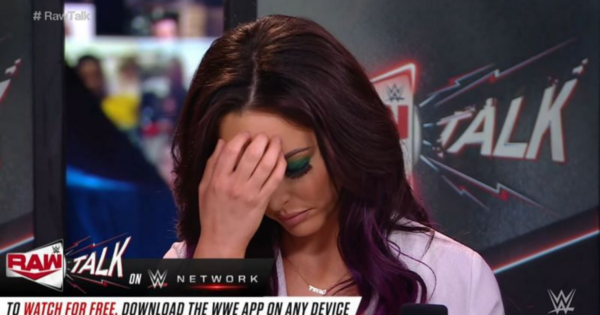 Peyton Royce called upon real frustration during a promo aimed at her WWE bosses this week. In the promo, she appeared to be pushing back tears.

While it is no secret that the star is unhappy in the company, the promo certainly put things into perspective for management.

“I’m not here to hide my talents – in fact, my talents are hidden behind the opinion of others. Why not just let me go? Just let me go and see what happens!”

“Our Raw Women’s Champion Asuka, she’s injured right now and yes, that sucks for her. But when a talent goes down, a spot opens up and that spot is massive. So, why not me? Why does it always have to be the same old, same old?”

Royce is clearly frustrated and the WWE and has used her emotions to put on one of the best women’s promos in years. Unfortunately, we doubt anything will change in the nearby future.

Many wrestlers have the same frustrations about their careers in the WWE. So, we doubt she will be given the big opportunities she has been waiting for. 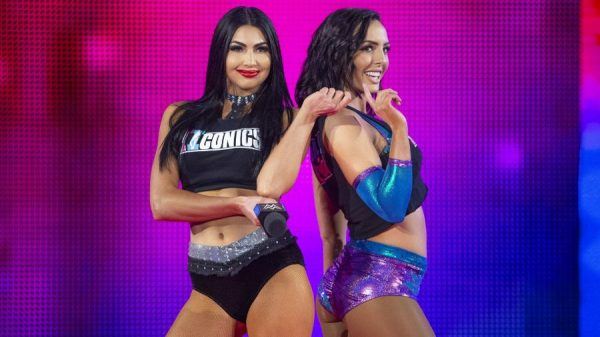 In addition to airing her frustration, Peyton also disclosed the sacrifices she made for the business.

“I packed up my life, I moved across the world, I set up in a completely different country with not much of a support system to chase this dream.”

“To what? To get stuck in the locker room watching other women do what I do better than 98% of them? And the other 2%? Well, I’d sure as hell give them a run for their money.”

“It actually hurts – when you know deep in your soul you are destined to be where you are, striving for what you feel you deserve.”

The impassioned speech was far from over. Royce continued to bring her promo home, elevating her to the top this year in terms of promos.

At this point in her promo, Royce was holding back tears. Clearly, her frustrations with the WWE are very real.

“You know, my potential haunts me. When you’re striving for something that you feel you really deserve.”

“This is where I’m meant to be, and my patience has been running thin for quite some time. So stop wasting my time, and give me Asuka.”

Her promo was quite reminiscent of The Miz’ promo several years back. However, that promo put him back on track and he once again became an A-lister.

The same could potentially happen to Royce, but it remains to be seen if the WWE bosses have any interest in launching the Aussie star. If not, then Peyton may have to reconsider her employment in the WWE.

Maybe she could follow her husband Shawn Spears to AEW and become one of the founding women of the AEW women’s division? In the end, the coming weeks will be very telling for Peyton’s career.