AEW wrestler Big Swole recently took to social media to reveal her battle with Crohn's Disease and why she missed the tournament.

AEW wrestler Big Swole recently revealed her battle with Crohn’s Disease. She also talked about the reason why she missed the AEW Women’s Eliminator Tournament. 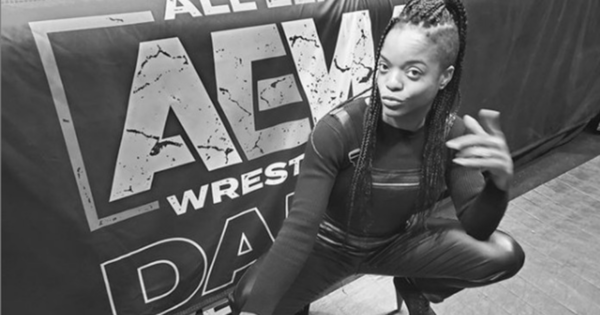 AEW star Big Swole was missed in the women’s division these past couple of weeks. She is one of the top women in the division.

After last week’s Revolution pay-per-view, Tony Khan revealed why she was missing from the AEW Women’s Eliminator Tournament.

According to Khan, AEW star Big Swole suffered a Crohn’s Disease flare-up. Because of the flare-up, she missed the tournament and has not been ranked for 2021.

Despite her absence, Khan called Swole an asset to the company.

In fact, he hopes he can offer her more regular competition as she regains her health.

Until recently, fans were not aware about her struggles with chronic bowel inflammation. However, it does not make her appear weaker, if anything it makes her stronger.

As it stands, it does not seem that Swole’s status in the company will change due to her recent flare-up.

It may have endeared her further among wrestling fans, as she has been quite open about her struggles. 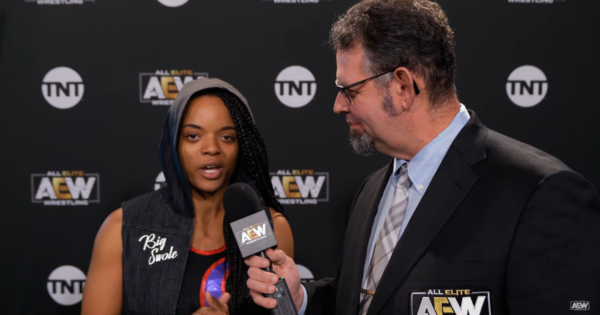 Big Swole took to social media to address fan concern. In a statement, she revealed her struggles with Crohn’s Disease, but also pneumonia and the pandemic.

“This past year has been filled with ups and a lot of downs. After my bout with pneumonia early last year, I was informed that resuming my medicine for Crohn’s would result in death given the COVID-19 circumstances. Seeing as how the biologic I was on shuts down my immune system and acts as such resuming my medicine was not an option. I was doing alright self-managing until the flare ups started in the fall.”

Swole then continued to explain how Crohn’s Disease affects the body.

“As some of you may not know Crohn’s attacks the body as a whole so on top of my intestines issues different body parts would lock up and become incapable of bending at the joints. Some days I could barely walk and that took a toll on me emotionally and mentally. Living with this disease may seem like a thorn and it is but it also shows me that His grace is sufficient and no matter what happens I will smile because I am more than a conqueror. I am Swole and that mentality/faith will carry me through it all.”

Finally, Swole asked fans for patience as she tries to get better.

“I ask that you bare with me, I’m getting the treatments that I need and my journey to complete healing is underway. Thank you for your love and thoughtful messages, I appreciate them and you! Much love to everyone, be safe! #Chronies”

With the latest statement, fans should have been put at ease about Big Swole’s condition.

We wish Swole a speedy recovery. Hopefully, she can return to the ring soon and resume her way towards the AEW Women’s Championship.