The WWE Universe has been wondering where Aleister Black is. He hasn’t been on Monday Night RAW since December 2020. Turns out, he’s dealing with minor injuries.

Anyone else wondering about Aleister Black’s [1] status with the WWE? The last fans saw of him, he lost a No DQ match to Kevin Owens on the December 10th edition of RAW.

While there has been some speculation that Black was off TV due to Zelina Vega’s (his wife’s) release, there’s another (small) issue.

.@AndradeElIdolo [2] goes synonymous with my WWE career. My 1st opponent & the opponent I won the belt from. From start to finish a total pro and in my opinion few have his footwork, ability to commit and execute in-ring techniques. Amigo, thank you for everything.

Dave Meltzer from Wrestling Observer Radio [4] recently chimed in on Black. Turns out that Aleister is currently dealing with some minor injuries, and “stuff”.

Will He Be Back For WrestleMania?

It’s hard to say what Black could be recovering from, as he’s been off WWE television for over three months now. It’s also difficult to predict whether or not fans will see him participate in the company’s flagship event this year.

Aleister Black has been on the main roster since February 2019. While he’s had some interesting programs [5] here and there, he’s had a bit of a shaky start. Nothing compared to his successful run in NXT.

As mentioned, Black is also married to former WWE superstar Zelina Vega. She was released from the company in November 2020. There had been some speculation that Black’s lack of TV time could be attributed to this. S

In other news, some within the WWE Universe were confused by Sheamus’s babyface to turn on RAW last night. A full explanation on why the Celtic Warrior is back to being a “good guy” in WWE storylines, below.

Sunday night, Sheamus was a vicious heel battling top face Drew McIntyre at the 2021 Fastlane pay-per-view. The two fought in a No Holds Barred match that turned brutal.

Then on Monday Night RAW [6], he shifted away from Team Bad Guy. What’s up with the sudden move? 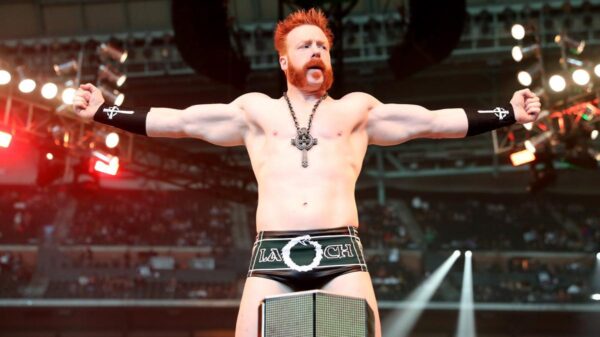 According to Meltzer during his recent Wrestling Observer Radio, it is about a certain “philosophy” WWE has when it comes to “turning” talent.

Now that Sheamus is a face on RAW [7], Sunday’s loss (as a heel) doesn’t matter. This might set him up for high-profile matches in the future.

As per Meltzer, as crazy as it is to flip-flop Sheamus from face to heel, the losses he’s suffered as a heel “don’t count”.

WrestleMania 37 On The Horizon

With WM 37 so close, perhaps WWE Creative is moving things around to help with the card. They clearly want to keep Sheamus looking as strong as possible. Perhaps, a big match is around the corner.

Sounds like their mentality is that they want to do all they can to wipe away the losing streak he’s been on as of late. Here’s hoping there is something big coming up for him

Sheamus is one of those talents that can go back and forth, either way. However, no one wants a scenario where he becomes the new Big Show on the main roster.