After a lengthy run, WWE released Steve Cutler from his contract. Releases happen all the time, but this one surprised many.

WWE has decided to let Steve Cutler go after seven years with the company. The decision was surprising for fans and Cutler too.

Unfortunately, today I was released. It was shocking, to say the least. But, I am excited about the future and all the possibilities in front of me.

Thanks for your continued support.

According to Fightful Select, [2] Cutler had heat with Vince McMahon. The report noted how Cutler contracted COVID in early January and he was pulled from TV to recuperate.

No reason was provided for McMahon’s exact anger as several names have tested positive for the virus. [3]

After a lengthy run in developmental, Cutler was sent to the main roster as part of the Forgotten Sons. The stable was set for a tittle run before Jaxson Ryker’s tweets [4] had the trio disbanded.

Now, Ryker has been paired with Elias. Cutler and Wesley Blake recently worked as Knights to King Corbin.

While off TV, Cutler has been spotted at the WWE Performance Center and was helping the big men [5]. He was well liked and the door seems open for a return down the road.

We might see Cutler appear for Impact Wresting as his girlfriend, Deonna Purrazzo, works there. Like Cutler, Purrazzo also mentioned she tested positive for the virus last month. 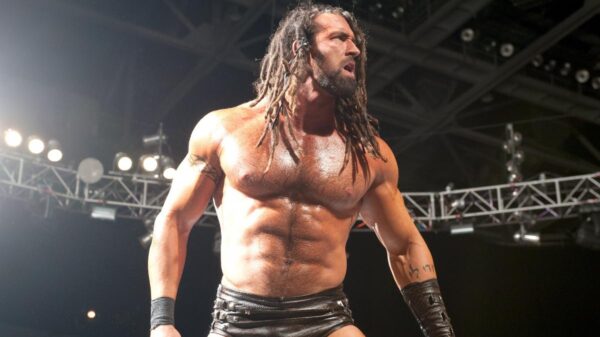 Fans learned that former WWE superstar Tyler Reks made a bold decision. After some work, Reks has transitioned from male to female [6].

Now going by the name Gabbi Tuft, she will appear on Extra TV tonight for more details. In the meantime, she spoke to Wrestling Inc [7] about the big change.

Gabbi noted how things got dark at one point. She compared that time to life and death.

“I’m very very happy,” said Gabbi. “I feel like I have a prison sentence that just [ended] and I’m free.”

“It feels absolutely amazing. It’s something that I’ve been hiding for years, and it’s gotten to the point where I just couldn’t hold it inside anymore.”

“It was life and death for me at one point where I didn’t want to live another day as a man and I was ready to end everything. Even though I have a wonderful wife and a daughter, the pain of just presenting as a man was overwhelming.”

“So, when I decided to make the change and start the transition, everything just opened up. It was a huge weight lifted off my shoulders.”

As for her family, the wife is onboard as she openly spoke about the transition with praise. Also, she helped chronicle the time using social media.

Unlike his family, social media had a mixed reaction. That should not come as a surprise, but there was lots of positivity.

Still, Gabbi should do what makes her happy. Therefore, she has our support.