Typically, we see some feuds wrap up at the Royal Rumble [1], setting the stage for new feuds leading to WrestleMania. So, why does the Kevin Owens-Roman Reigns feud continue? 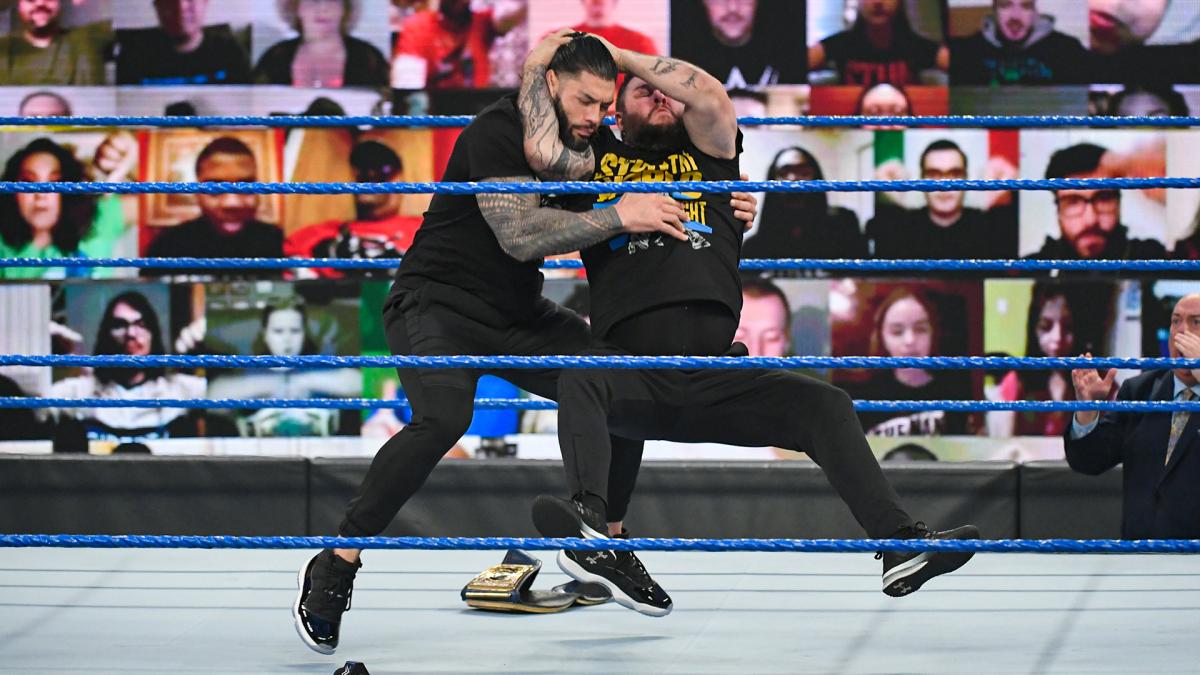 Well, it seems WWE may have painted themselves into a corner. The program continues, according to the Wrestling Observer [2], due to a lack of top guys ready to step in.

This may shock people (probably not…), but WWE sometimes struggles or fails to build up a number of viable alternatives to a core few Superstars. This is mostly glaringly an issue when eyeing the main event slot.

Roman Reigns returned in August of last year. Upon returning, he dispatched both Braun Strowman and The Fiend.

He was left with limited options to feud with…

That’s essentially why Kevin Owens [3] seemingly came out of nowhere late in 2020 to work with Reigns. Hard to argue that the Kevin Owens-Roman Reigns program wasn’t one of the better ones from 2020.

But we still wonder, why is Kevin Owens-Roman Reigns continue? I know I expected that, once their Last Man Standing match wrapped at the Rumble, we’d see someone else step in.

There’s rumors of Edge facing Reigns [4] at ‘Mania…but that has not been fully kicked off yet.

So, Kevin Owens and Roman Reigns’ program continues…because WWE has no one else prepped and waiting in the wings.

It could be argued that this was a similar reason why WWE dusted off Goldberg for Drew McIntyre, rather that someone else.

It’s got to be frustrating for some of the talent to see this happen. Instead of investing and building up some of the better Superstars that have yet to be elevanted, WWE is going back to the well.

We can complain about leaning on the Goldberg crutch. With Kevin Owens and Roman Reigns, the gripe is less amplified if only because the two have worked so well together.

Cesaro finally re-signed with WWE last week [5], and it was expected he’d be getting a new push. However, there may already be trouble with Cesaro’s push.

It doesn’t seem like it was that long ago where the Swiss Superman was a hot Superstar. 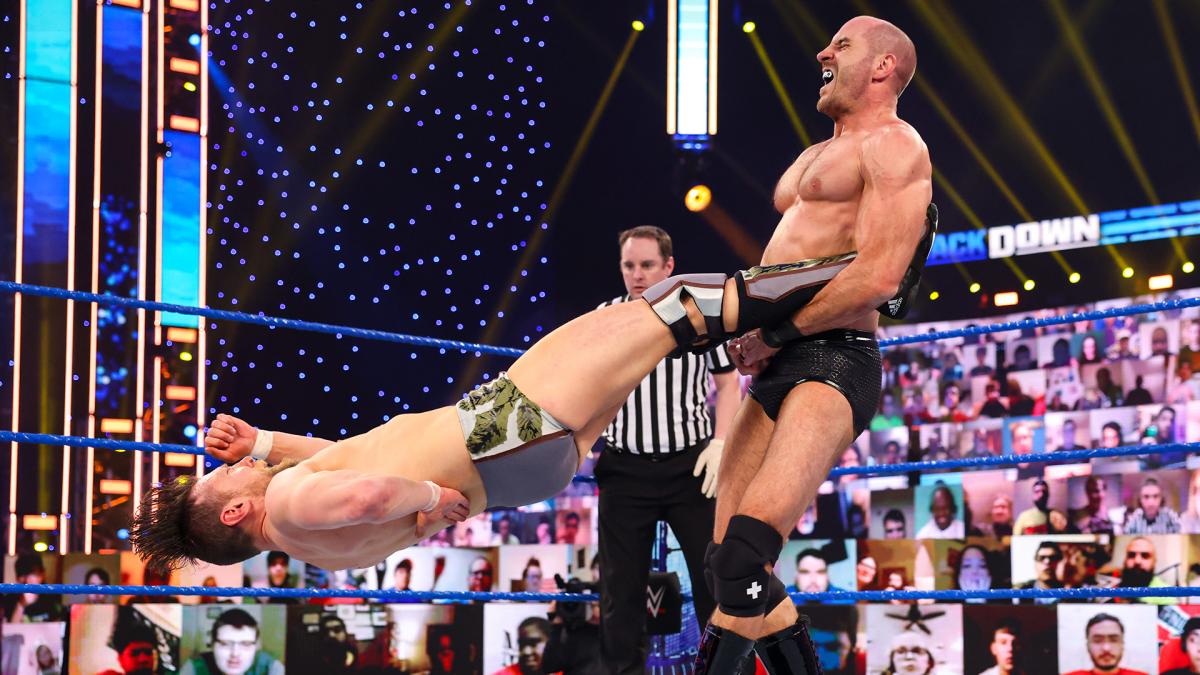 He was constantly referred to as perhaps the strongest, pound for pound, Superstar on the roster. He was getting over, and he was consistently performing exceptionally well.

However, in more recent years, he has been stuck on the mid-card. He and Sheamus did have quite a nice run as a dominant tag team as well…but all that may spell trouble for Cesaro’s push.

As in…has he been seen as a mid-carder for too long to be taken seriously as a main event player?

The answer could be both yes and no.

Yes, because WWE could have pushed him into the main event years ago and it would have worked, based on fan reactions. They didn’t, so they’ve marginalized him.

No, because, well…look at how things worked for Kofi Kingston.

And, we all remember Kofi-Mania. It worked, and you could easily say that was a case of WWE elevating an upper-mid-tier Superstar, even if they “only”got a year of main event status from him.

I think the same could be done for Cesaro, but it would require a boost. This is why, even if fans are happy for Edge, some criticized the decision to have him win the Rumble.

The Royal Rumble is a great way to elevate a Superstar. The same holds true for the Money In The Bank briefcase, though we’ve seen WWE fumble that more than not of late (Otis, Baron Corbin, even having Brock Lesnar needlessly win it).

If WWE wants to elevate Cesaro sooner, lining him up to win MITB might be a smart move. Otherwise, a #1 contender type match at any time would work.

But, the company needs to, and wants to, build him up. Which wouldn’t be so necessary if they’d avoided keeping him down for so long.