Today, we’ve got more stupid including Madonna, Marina Sirtis, an attack on Wonder Woman, and Coca-Cola.

Pop superstar Madonna took to Twitter to attack The Patriarchy.

The singer wrote, “The Patriarchy continues to crush my neck with their heavy boots, cut off my life force and take away my voice-Even those who call themselves artists………….You know who you are!!! DEATH TO THE PATRIARCHY! Now and Forever. #riskwhatyouvalue #valuewhatyourisk.” 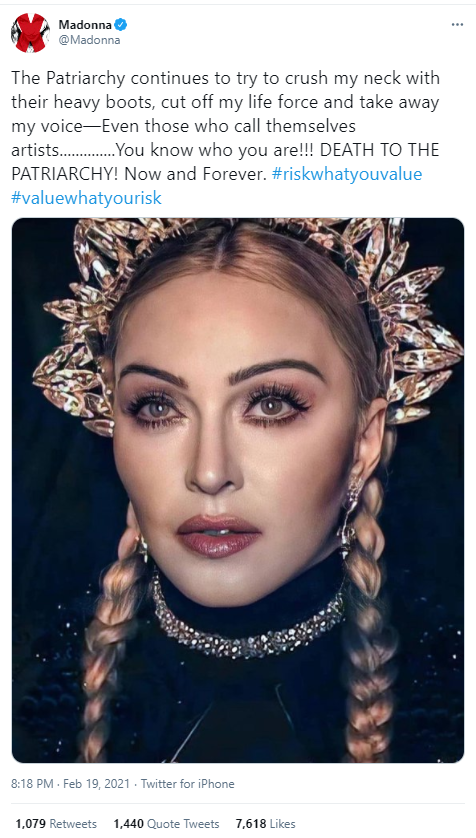 She did all of this while posting a photo of her wearing a crown and what appears to be a diamond studded necklace and what are more than likely extremely expensive earrings.

You are not oppressed, the patriarchy isn’t trying to silence you as evidenced by this tweet, and there aren’t any heavy boots on your neck. You are one of the richest people on the planet with an estimated net worth of $850 million. 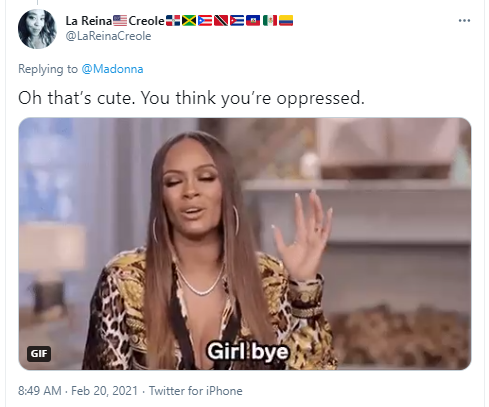 Madonna, Welcome To The Daily Stupid.

2. Wonder Woman Attacked For Having Feels For Superman

MattChaser233 went after Cloonan on Twitter in a thread where Cloonan was discussing how she was staying warm during the recent winter storms.

The user wrote, “Hello writer. I read your Immortal Wonder Woman & I am not happy with your possible hint at Wonder Woman’s ‘feelings’ for Superman. If you establish that relationship and ignore other partners like New 52, winter storms won’t be your worry. We’ll destroy you & your comics.” 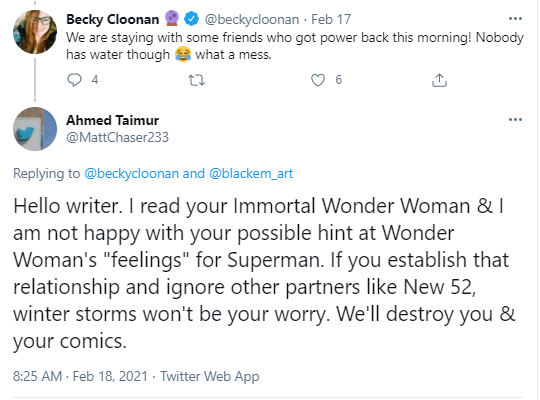 This might be a little more than just plain stupidity. A better term might be hateful lunacy.

As for the cause of this, in Cloonan Immortal Wonder Woman #2, Wonder Woman recounts how she loved Superman after he sacrificed himself to save Earth by driving Darkseid into a dying sun.

As you can see Diana states, “I loved him all the more for it.” 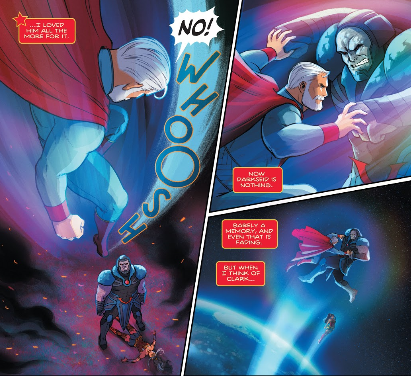 This isn’t out of the ordinary for Sueprman and Wonder Woman. The two are great friends. And in the past they’ve actually been lovers. In fact in the New 52, there was a series called Superman/Wonder Woman that explored their romantic relationship! 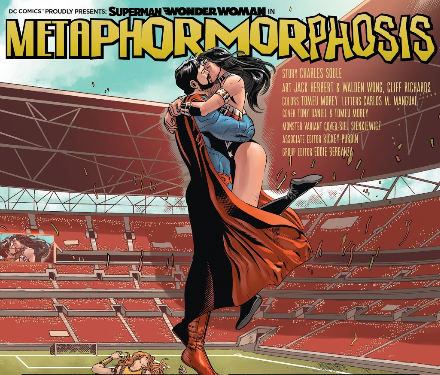 This one takes the cake for today. Star Trek actor Marina Sirtis went on Twitter where she typed out, “Don’t get me wrong, my heart bleeds for what Texans are going through right now but the mean girl in me says you get the government you deserve and they have voted Republican, across the board, for the last 20 years.” 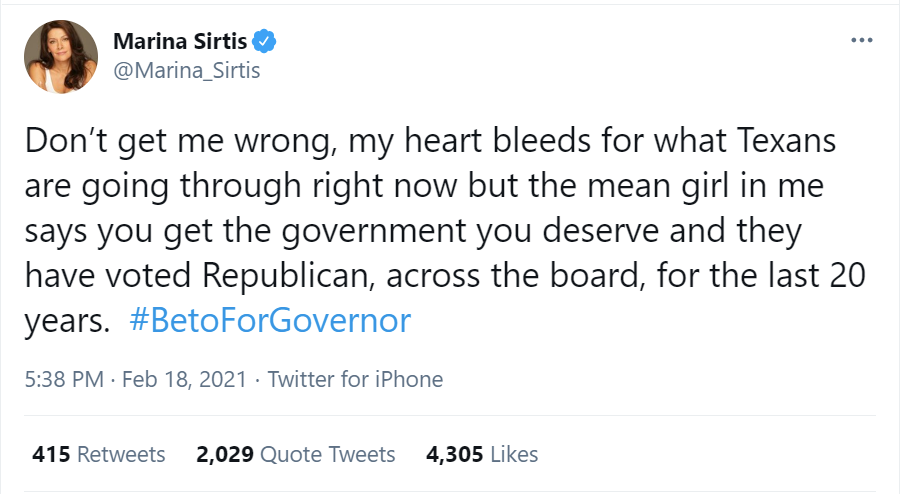 To make matters worse, Sirtis would later tweet, “I reread my tweet to make sure I didn’t say the Texans deserve to die.” 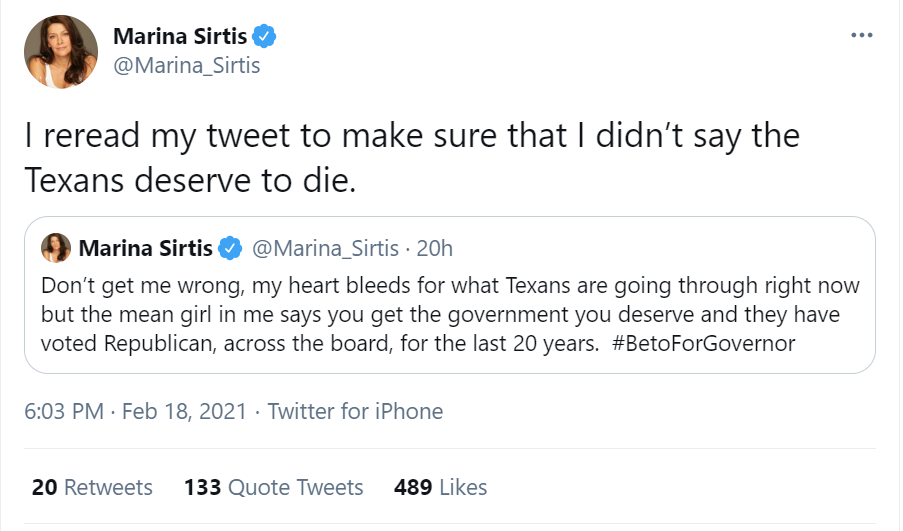 This is just monumentally stupid.

Welcome to The Daily Stupid, Marina Sirtis. I’m sure it won’t be the last time.

Alleged leaked training documents from Coca-Cola revealed the company is promoting racism to its employees. The documents are part of Robin DiAngelo’s course called “Confront Racism With Robin DiAngelo.”

The documents tell employees to “Try To Be Less White.”

It then explains that in order to do that you must “be less oppressive, be less arrogant, be less certain, be less defensive, be less ignorant, be more humble, listen, believe, break with apathy, break with white solidarity.” 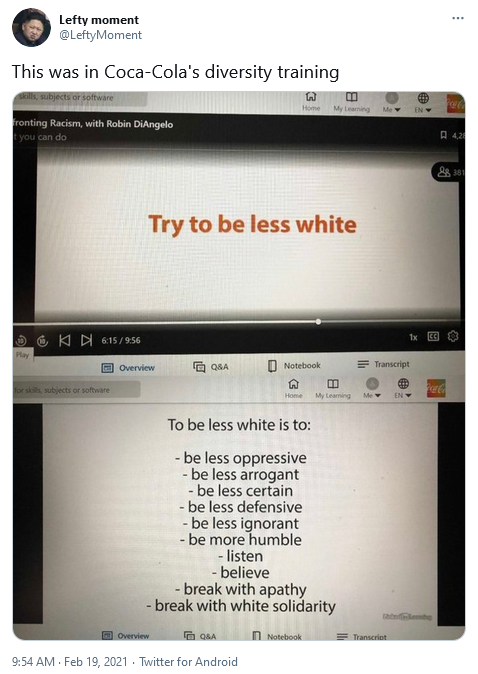 Coca-Cola welcome to The Daily Stupid. Racism is wrong. You promoting is not only stupid, but most definitely wrong.