The Daily Stupid: Asians Are White, Critics Complain About Pyra and Mythra’s Designs, The Muppets, and Marvel Comics!

On today's The Daily Stupid, Asians are white, Pyra is oversexualized, a Marvel employee writes a guide for mental health, and The Muppets.

Welcome to a very special Sunday edition of The Daily Stupid, Bounding Into Comics’ newest column where we take the time to recognize the dumb, stupid, and unbelievable news of the day.

In today’s entry, guest-written by your friendly neighborhood Associate Editor, we’ll be taking a look at an absurd instance of blatant anti-Asian racism, Smash players complaining about the designs of the game’s latest roster additions, a Marvel Comics employees’ attempt to steer mental health programs, and the Muppets landing a content warning,

But that’s enough out of me. Let’s get to it. 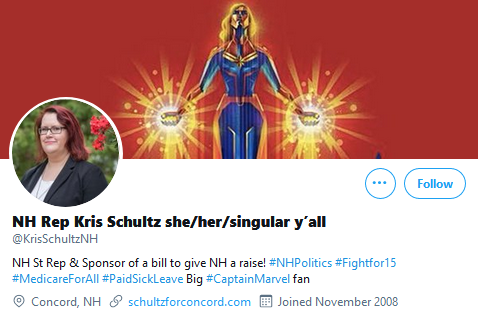 Currently up for debate among New Hampshire lawmakers is House Bill 544, otherwise known as “AN ACT relative to the propagation of divisive concepts,”  which seeks to ban various elements of critical race and social justice theory from being taught within “state contracts, grants, and training programs,” such as the idea that “The state of New Hampshire or the United States is fundamentally racist or sexist” or that “An individual, by virtue of his or her race or sex, is inherently racist, sexist, or oppressive, whether consciously or unconsciously.”

However, during a February 18th hearing regarding the bill, Democratic Member of the New Hampshire House of Representatives Kris Schultz completely dismissed the support the bill had among Asian residents, particularly Asian immigrants, by declaring that their viewpoint was irrelevant as they were not “people of color.” 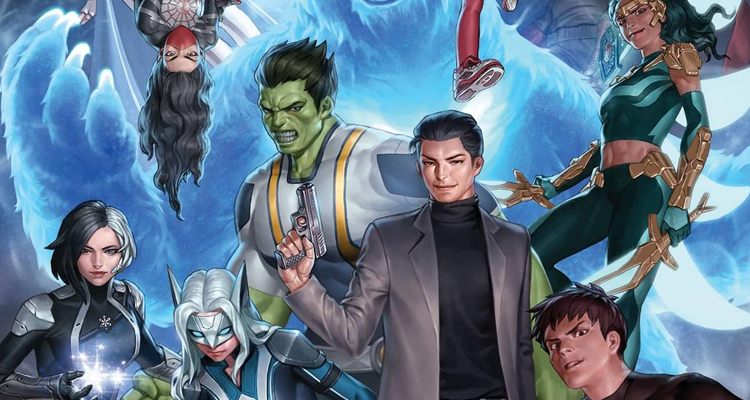 “There are a lot of school systems, etc., that you raised this issue with. Did you ask anyone that is a person of color their view on this?” Schultz asked one Mr. Davison, who appeared via Zoom to testify against the bill.”

Following Davison’s reply that he had heard complaints against critical race theory from parents of the R.I. Meyerholz Elementary School in the Cupertino, CA school district, whose demographic makeup is “70% Asian, with a large majority of those parents being foreign-born”, Schultz disgustingly asserted that he had “asked no person of color, thank you.”

Schultz’s dismissal of Davison is even more egregious in light of her claim that the criticism she faced for her comments was a result of her “standing strong against the white supremacy behind HB 544!”, as by definition, white supremacy involves the exclusion of other racial groups as inferior.

Want to fight white supremacy, Representative Schultz? You can start by resigning, as if not for the unwarranted protection you benefit from due to your adherence to critical social justice theory, you would have certainly and immediately been properly denounced for such blatant racism. 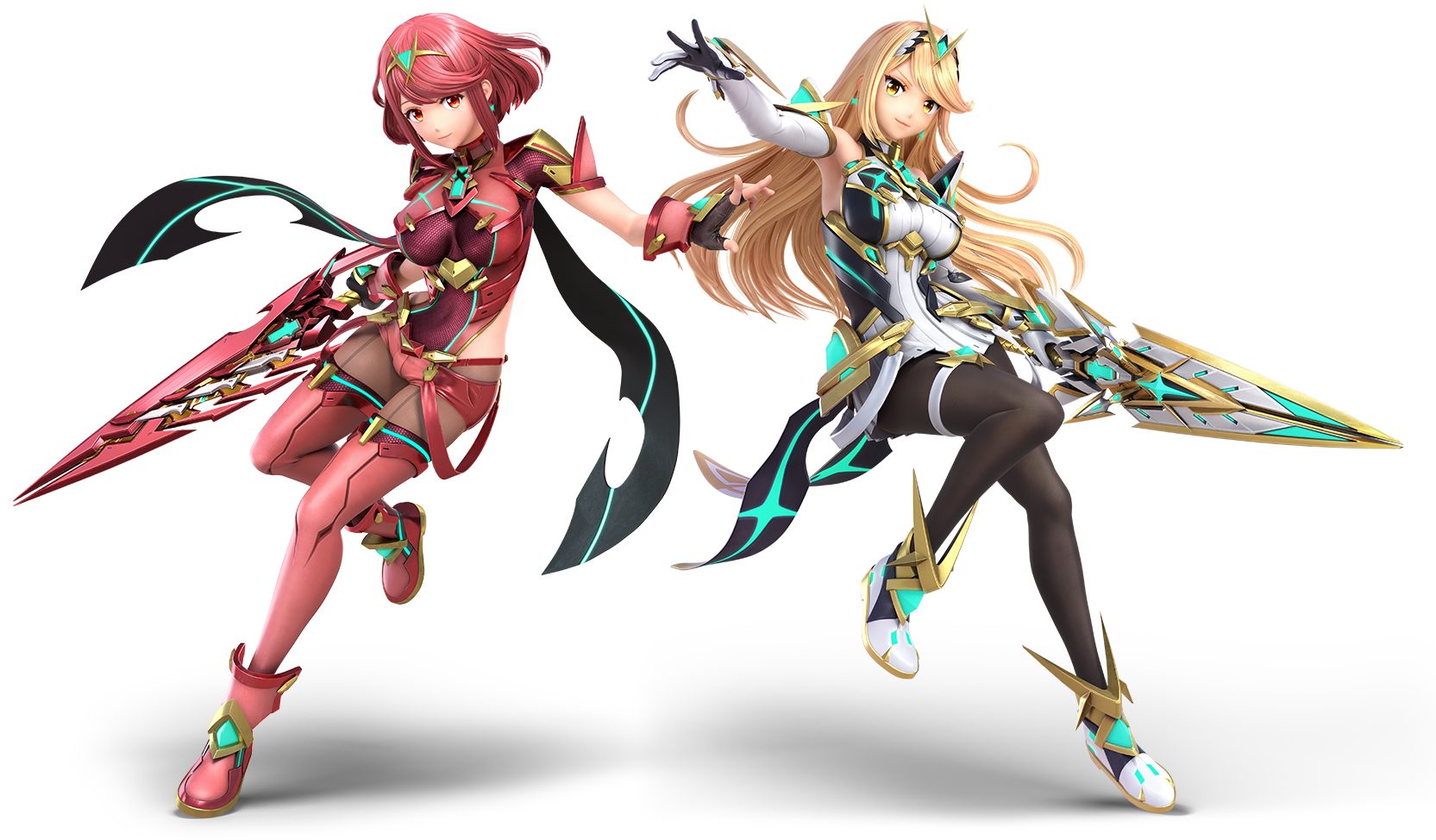 Another day, another video game character accused of being ‘disgusting’ for simply being attractive.

Almost immediately following the February 17th announcement that Xenoblade Chronicles 2’s Pyra and Mythra would be the next fighters to join the roster of Super Smash Bros. Ultimate, social media was filled with complaints about the characters’ ‘sexualized’ designs.

“You know what, now that I’ve had time to think about I don’t think I mind the characters themselves. I do feel bad for all the future Pyra/Mythra mains tho, because I will always look at you like I look at the average basement dwelling weeb,” wrote Smash streamer @AE_Blitz. “A fat sweaty disgusting loser.”

Honestly, I’d proudly wear the badge of ‘average basement dwelling weeb’ over the ‘high possibility of engaging in sexual misconduct with minors’ one worn by an alarming number of Smash community members.

“you may wonder: why exactly is sexualizing fictional women bad? well, that kind of behavior might transfer over to how you treat real women and THAT’S concerning,” wrote Smash player @lolitaguts. “there’s almost no chance of this happening to men because men are not seen as sex objects in the smash community”

Not only is this argument extremely tired, but it’s easily dismissable by pointing to the fact that both Shulk and Sephiroth have a swimsuit and shirtless alternate costume, respectively (and before anyone even TRIES to argue that Sephiroth is not sexualized, sit down. I lived through the 90s and the early 00s. I know the truth.)

Even Brianna Wu herself chimed in, claiming that while she loved “ cleverly oversexualized” characters such as Bayonetta, Pyra and Mythra feature “two of the stupidest character designs in the history of our industry.”

What’s the differentiator between ‘cleverly’ oversexualized and just being regularly oversexualized? If Wu’s tweet is any indication, it’s that the former applies to characters a given individual personally enjoys, while the latter can be used to denigrate characters they do not. 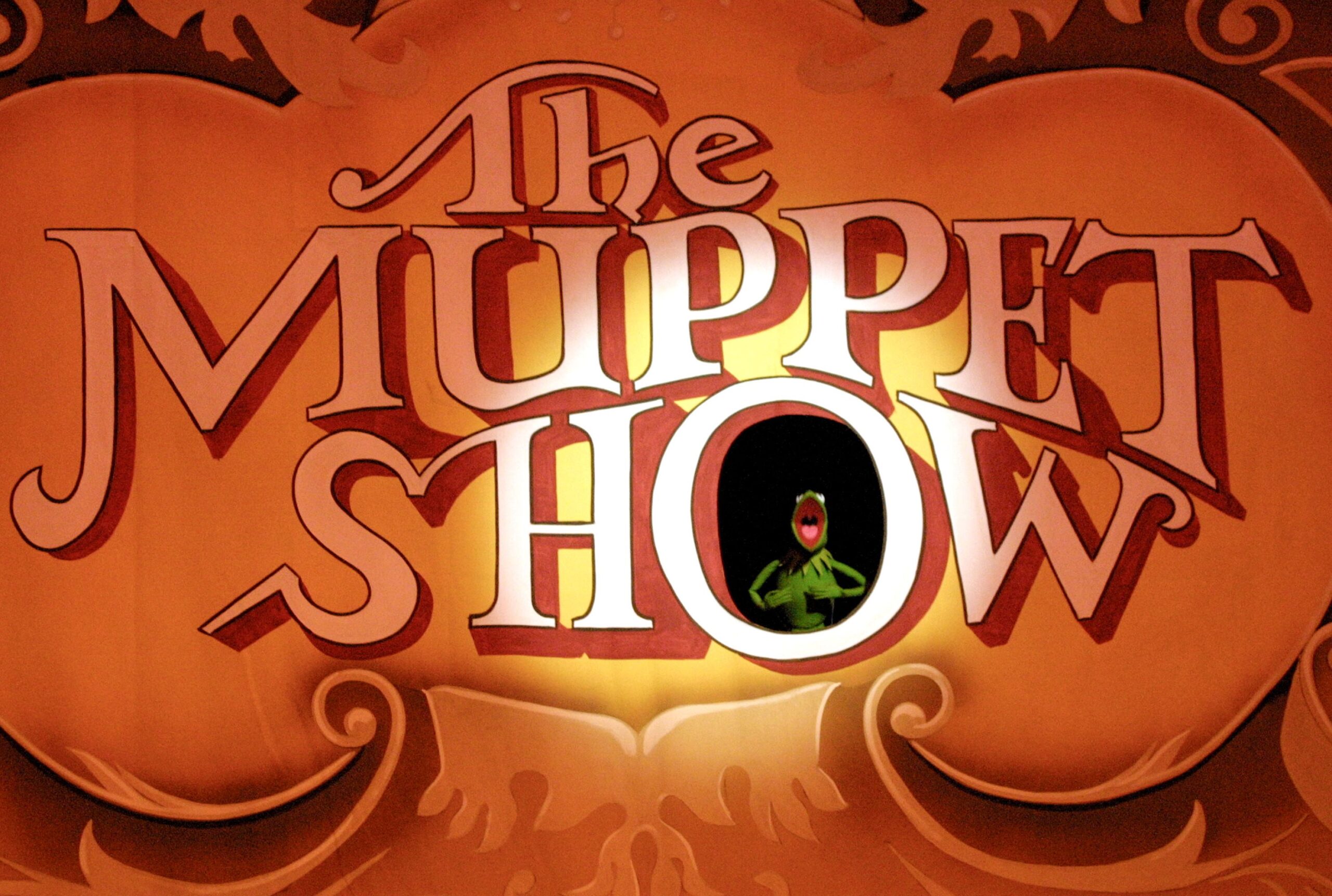 The Muppets Receive “Offensive Content” Disclaimer On Disney Plus

If The Muppets aren’t safe, is anything?

According to the New York Post, Jim Henson’s classic The Muppet Show has become the latest series to receive an “offensive content” warning following its arrival to Disney Plus. 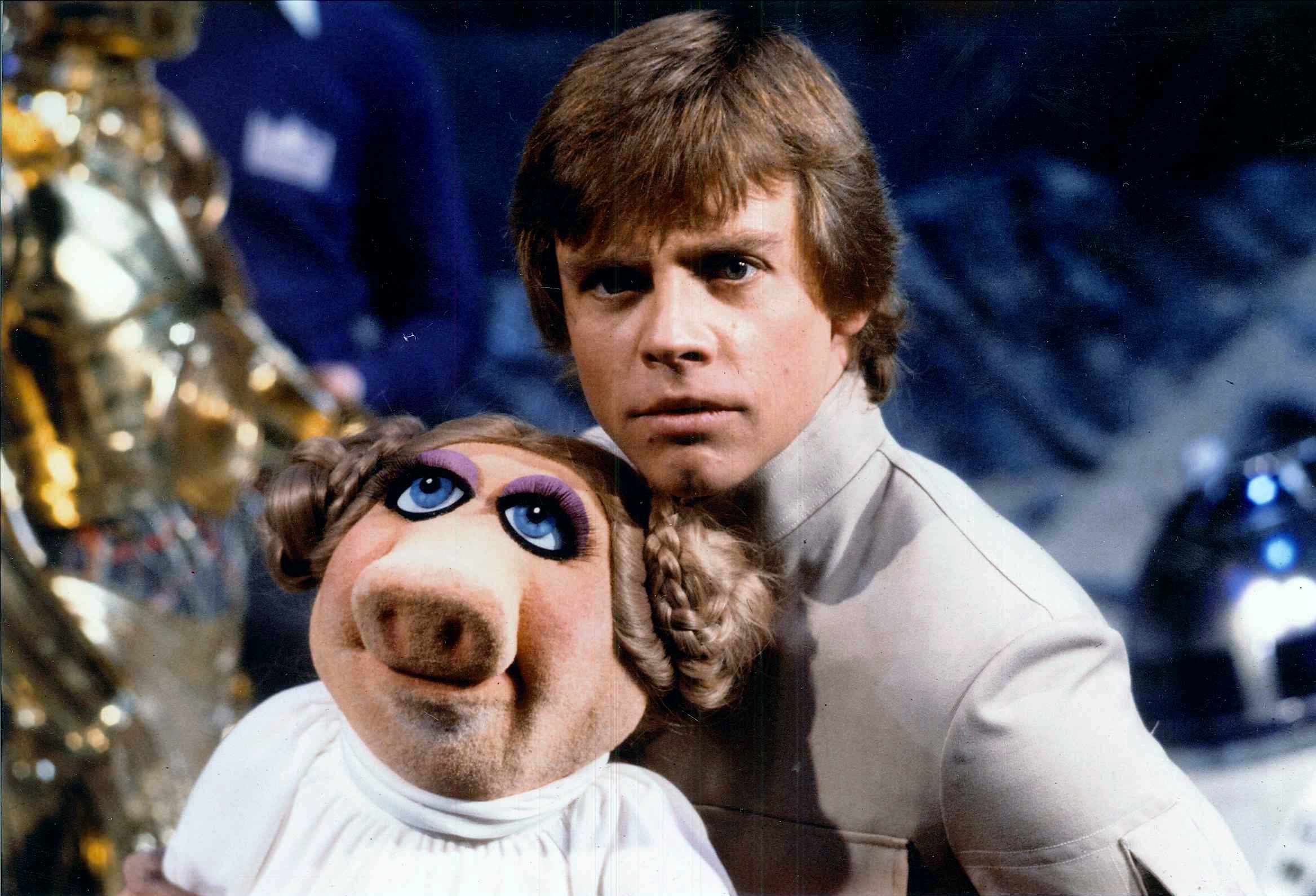 That Disney Plus has content disclaimers which note that rather “than remove this content, we want to acknowledge its harmful impact, learn from it and spark conversation to create a more inclusive future together”, is nothing new.

However, it’s application to The Muppets is particularly stupid considering the show’s innocent, educational, and family-entertaining content.

Even the New York Post failed to find “precisely what Disney considers to be offensive on the show,” speculating that it may have been a result of how some “characters depict Native American, Middle Eastern and Asian people” or even an appearance by Johnny Cash in which he “is seen performing in front of a Confederate flag.” 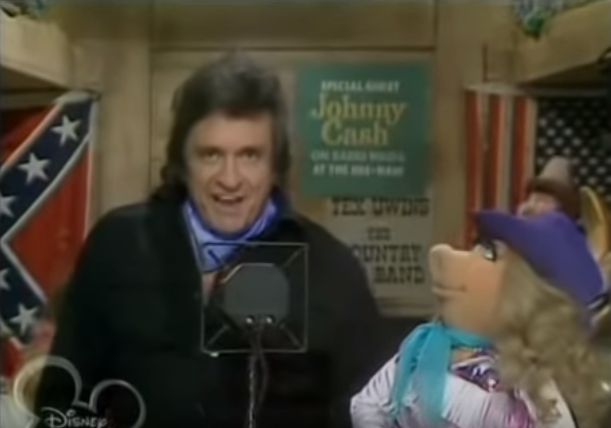 This may be the most controversial statement of today’s post, but I understand how some of Disney’s content could be considered offensively outdated (the crows in Dumbo spring to mind), , and I much prefer a warning for the more weak-hearted than for the cartoons to be outright banned.

But The Muppets? At this point, I fear that any media not made by a contemporary critical social justice theory rubric will receive the same treatment (a fear made even worse by Disney’s lack of transparency regarding what content, exactly, they take issue) until, ultimately, everything is deemed offensive to everyone. 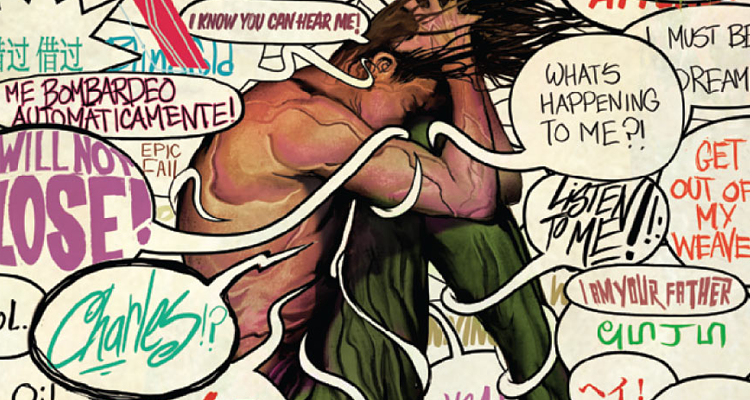 What’s better than using an eight-page, non-peer reviewed mental health paper that claims to address the specific issues inherent to the comic book industry in order to establish a roadmap for patient treatment?

How about paying five dollars for the same eight-page, non-peer reviewed paper that claims to address the specific issues inherent to the comic book industry?

That’s the goal of Marvel Comics writer (X-Men: Marvels Snapshots Vol 1 #1) and former Jay and Miles X-Plain the X-Men podcast host Jay Edidin, who recently published a self-described “introduction to industry culture and common issues, intended for mental health practitioners whose clients include comics professionals” and is currently charging $5 to view the document via his Gumroad account. 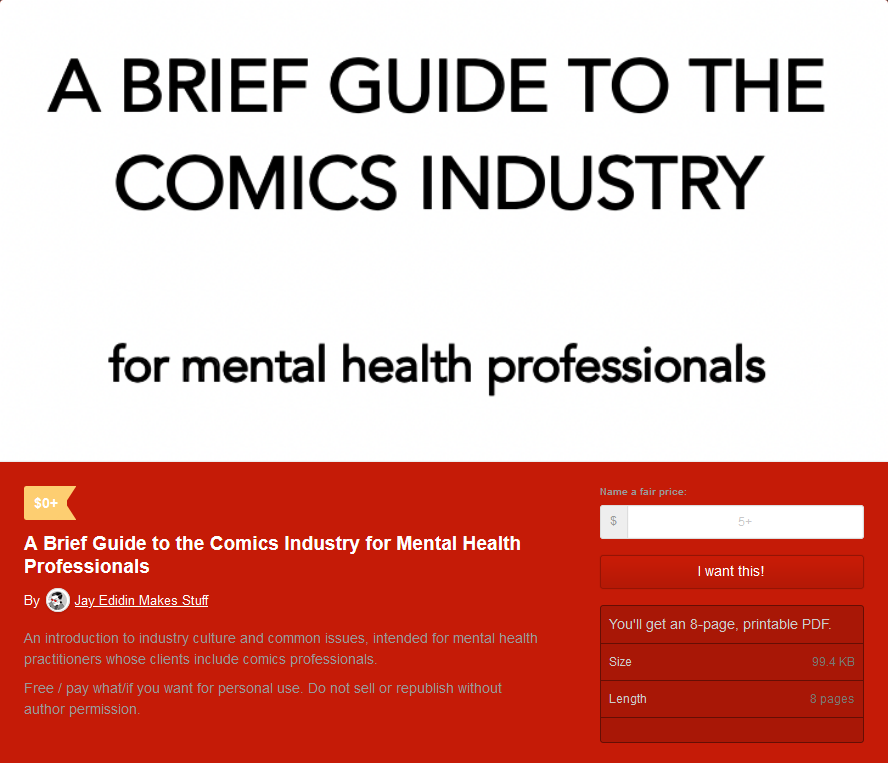 Not only is it an awful, harmful idea to base such delicate care as mental health off of a non-scientific paper such as Edidin’s, but given his status as a queer trans man, it’s likely that the information contained therein is both heavily biased towards one particular viewpoint and not as widely applicable as Edidin believes.

I’ll wait to make a final judgement if and when a copy of his guide slides across my desk, but ultimately, I fear that Edidin’s (and being charitable, assumedly) good intentions will end up causing far more harm than it does healing.

This has been your Daily Stupid. If you have suggestions for tomorrow, leave a comment below or hit us up on social media!