Sophia Loren reflects on working with different actors and directors through the years including John Wayne and Gregory Peck.

Hollywood legend Sophia Loren reflected on her decades-long career, including what it was like to work with the iconic John Wayne on the 1957 movie Legend of the Lost.

Loren, 86, has made countless movies over the years, but working with Wayne is an experience that she’s never forgotten.

“My English was not great, the crew would sometimes make fun of me, but John Wayne always would stick up for me,” Loren told Fox News.

She had a near-death experience when she was  shooting the film.  She was staying in small hotel that had a gas stove. In the night, she woke up with a bad headache and felt like she was going to faint.

What Loren didn’t know was that she was being asphyxiated by the gas stove’s fumes. “I managed to crawl on my knees to the door and open it, but then I collapsed.” Her co-star Rossano Brazzi who was in the hall saved her.

She also remembered working with Charlie Chaplin on his final film, the 1967 movie A Countess from Hong Kong.

“I was so nervous working with him,” Loren said. “He’s such a master. But on the first day on the set, I realized he was just as nervous. If you care and love something, you get nervous. I’m suspicious of people who don’t ever get nervous.”

Another favorite costar of Loren’s was Gregory Peck, who she worked with on Arabesque in 1966.

“Gregory Peck was so wonderful and people don’t know how very funny he was,” she said. “It was hard to keep a straight face when working together.”

Sophia Loren presented Gregory Peck with a Best Actor Oscar for his work in “To Kill a Mockingbird” in 1963. Then 28 years later, Peck presented Sophia Loren with the Cecil B. DeMille Award for Lifetime Achievement.

Loren is still acting to this day, and she’s starring in the new Netflix movie The Life Ahead directed by her son Edoardo Ponti. She is already getting Oscar buzz for this film, in which she portrays a Holocaust survivor.

Take look at the trailer:

“Since I was born, I’ve wanted to be an actress,” Loren explained. “I wanted to work, I wanted to be on the screen, I wanted to do wonderful things in my mind. Just listening to me, it was ridiculous at the time, but it was something I had inside. I think I’m stuck with acting forever.”

Related: John Wayne Thought He’d Never Win An Oscar Because Of His Conservative Views – Then He Did

In another recent interview, Loren spoke about her famous striptease scene in the 1963 comedy Yesterday, Today and Tomorrow.

“Ah, the strip scene,” she said. “Well, it was part of the picture, part of the scene we had to do. And it was really fun to give Marcello Mastroianni a chance to be terribly funny, as he was, actually. And that was, I think, really the brilliancy of the film.” 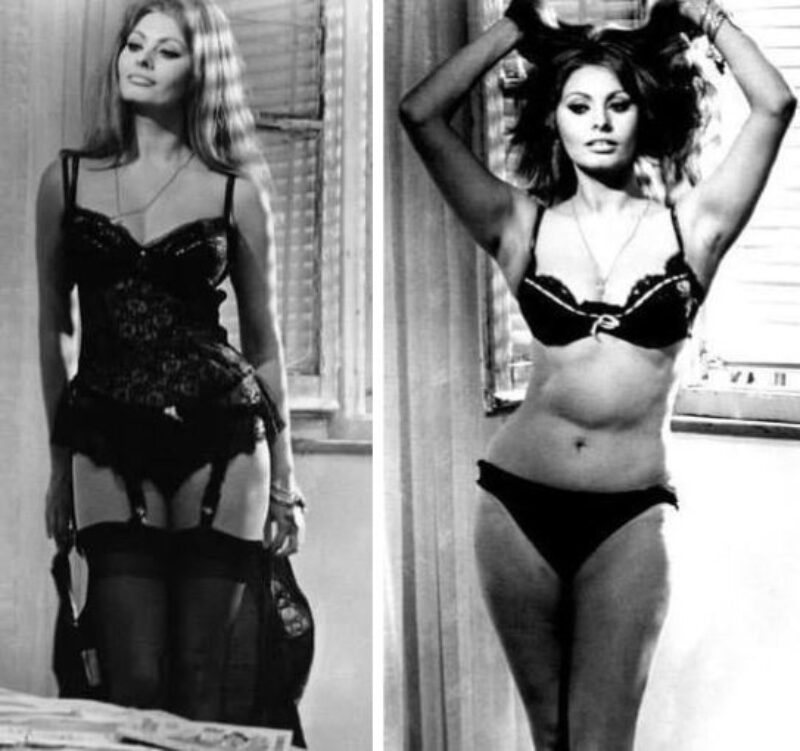 ‘We had a lot of fun bringing that scene to life,” Loren added. “And I think that still shows today. I love that people still appreciate it and it makes them laugh a lot. It makes me happy to still make audiences smile.”

It’s a pleasure to see a legend like Loren is still acting, and that she has not lost her passion for life.

Life is life. You should enjoy your time here, and ageing is part of that time. So enjoy it, too. Take care of yourself … What’s going to happen will happen, but your happiness is up to you. And that affects everything.

Here’s hoping she ends up nominated for an Oscar this year!