The cult UK sci-fi comedy Red Dwarf is facing an uncertain future once more, as the series' creators have become embroiled in a legal battle.

Bounding Into Comics
/
by Guest Contributor

Red Dwarf is a show that’s had more cancellations than regular cast members, but this latest crisis, if co-creator and long time show runner Doug Naylor is to be believed, may very well be it’s death knell.

Created by comedy writing duo and childhood friends Doug Naylor and Rob Grant (under the gestalt entity of their company’s name, Grant Naylor) in early 1988, Red Dwarf follows the exploits of Dave Lister, a technician aboard the eponymous Red Dwarf mining vessel who awakens from a three-million year period of suspended animation only to discover that he is the last surviving human being in the universe. As such, Lister and his companions proceed to comedically travel among the stars, exploring the universe and poking fun at various sci-fi tropes along the way.

Despite its solid fanbase, however, many believed Red Dwarf to be doomed by the end of it’s second season, as audiences assumed the show would follow the common model presented by other 1980s BBC2 comedy shows aimed at college-aged audiences, lasting two seasons of six episodes each before fading into a fond memory. 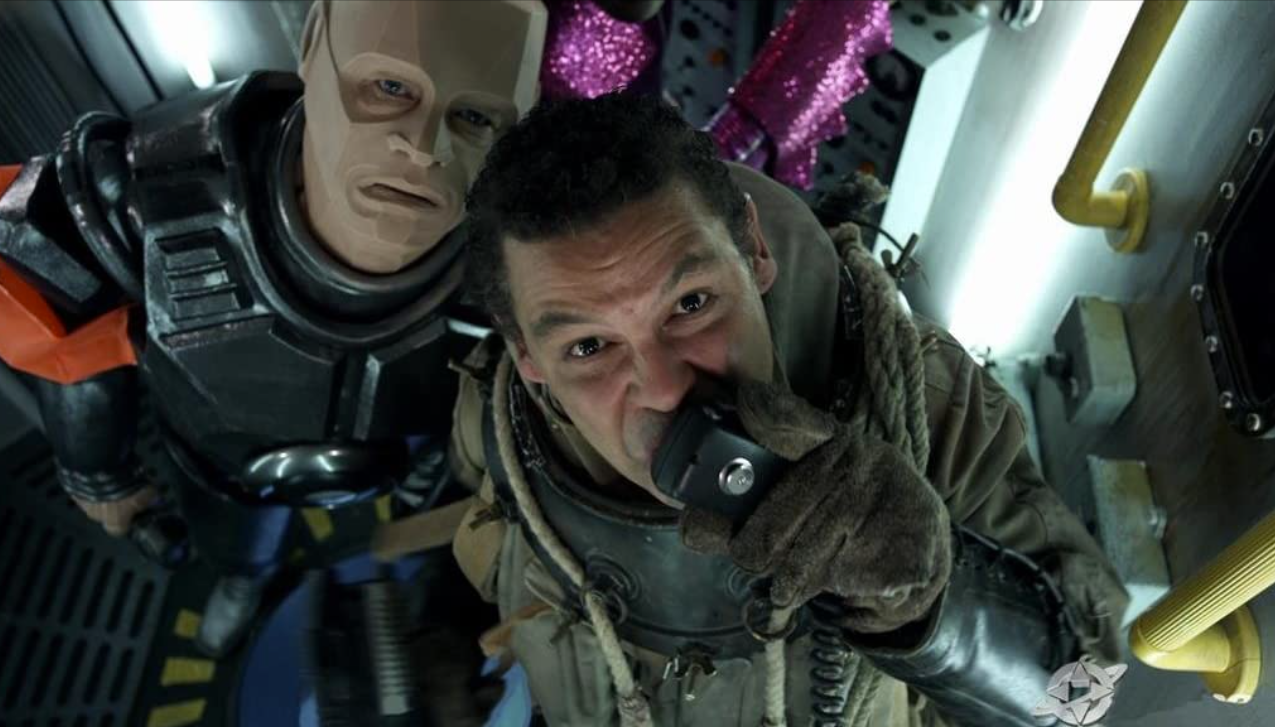 But amazingly, Red Dwarf would survive, returning in a softly rebooted (and, many would argue, vastly superior) form for season 3 in 1989. The series then proceeded to chug along nicely, even having it’s plots routinely swiped and smuggled across the Atlantic each year into the Star Trek universe’s writers rooms of the time, until it’s next near death experience after season 6 in 1993.

Rob Grant, worn down by the demands of an increasingly popular franchise suddenly exited, leaving Doug Naylor to carry on the show single handedly, a task which proved to be far from easy.

Season 7 didn’t emerge until 1997, and with it a palpable sense that Grant had left, as the comedy quality suffered quite drastically. To add insult to injury, series co-star Chris Barry also chose to exit in Season 7 (a move that was somewhat noticeable, as he played about 20% of the cast). Ultimately, he was replaced by Chloe Annett, but this replacement just never seemed to gel. 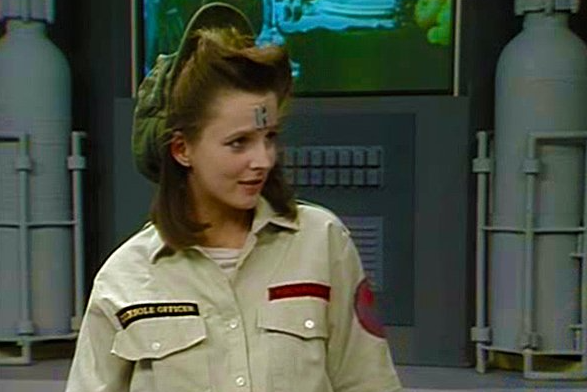 As the show’s popularity continued to flounder, Red Dwarf faced yet another very unexpected crisis, as in 1994, show star Craig Charles suddenly found himself arrested and imprisoned on charges of sexual assault.

However, after three-and-a-half months in prison, Charles was acquitted of the crime following a trial-by-jury, with the actor having since gone on to speak out against the dangers of falsely accusing individuals of such heinous acts. 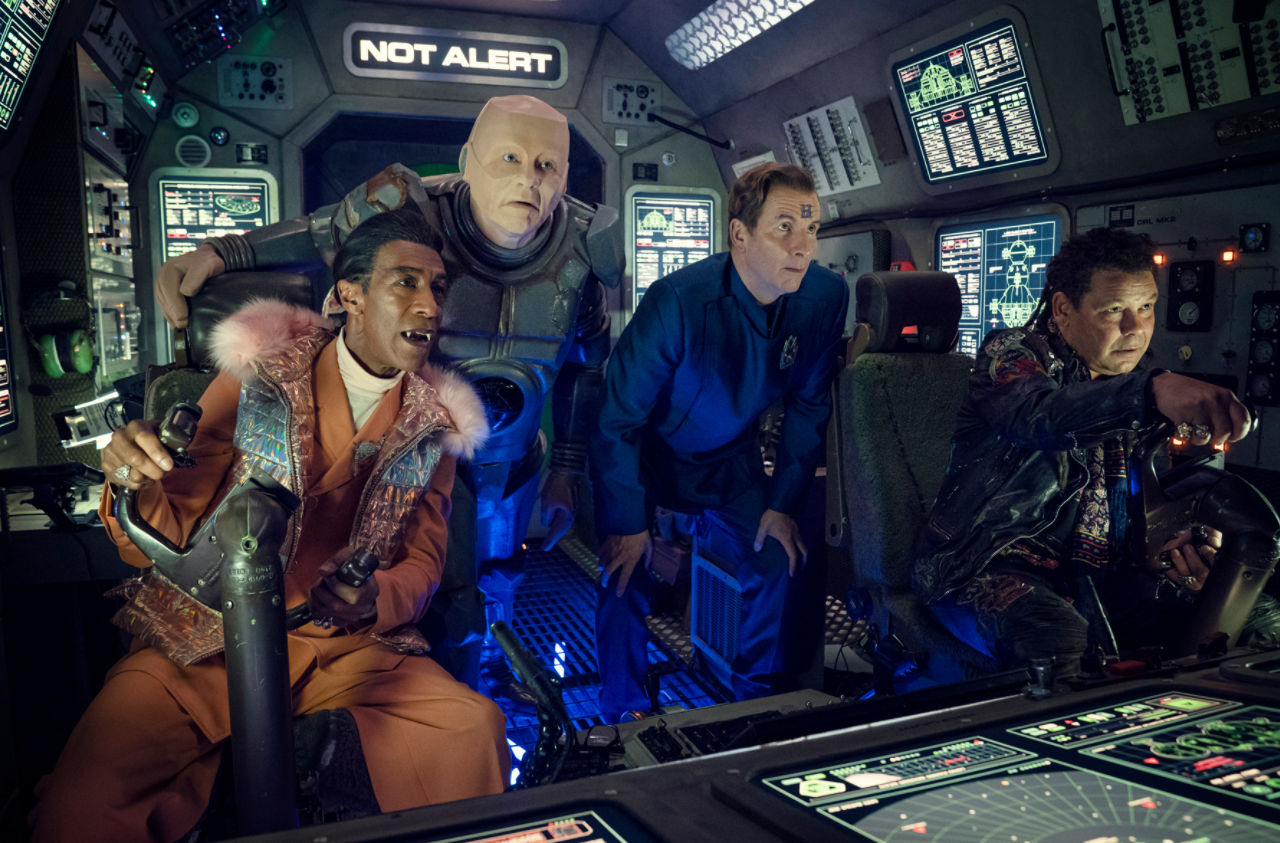 Then, in 1999, Red Dwarfed returned in glorious form, featuring a wider range of story arcs and upgraded production values.
And then it was cancelled, remaining off the air for 10 years until it found popularity on the satellite television network Dave, where it was commissioned for a three-episode revival.

While reasonably unsuccessful, as the producers had opted to eschew the studio audiences for a more cinematic, though ultimately colder experience, the enduring popularity of Red Dwarf eventually led to another full six-episode season. 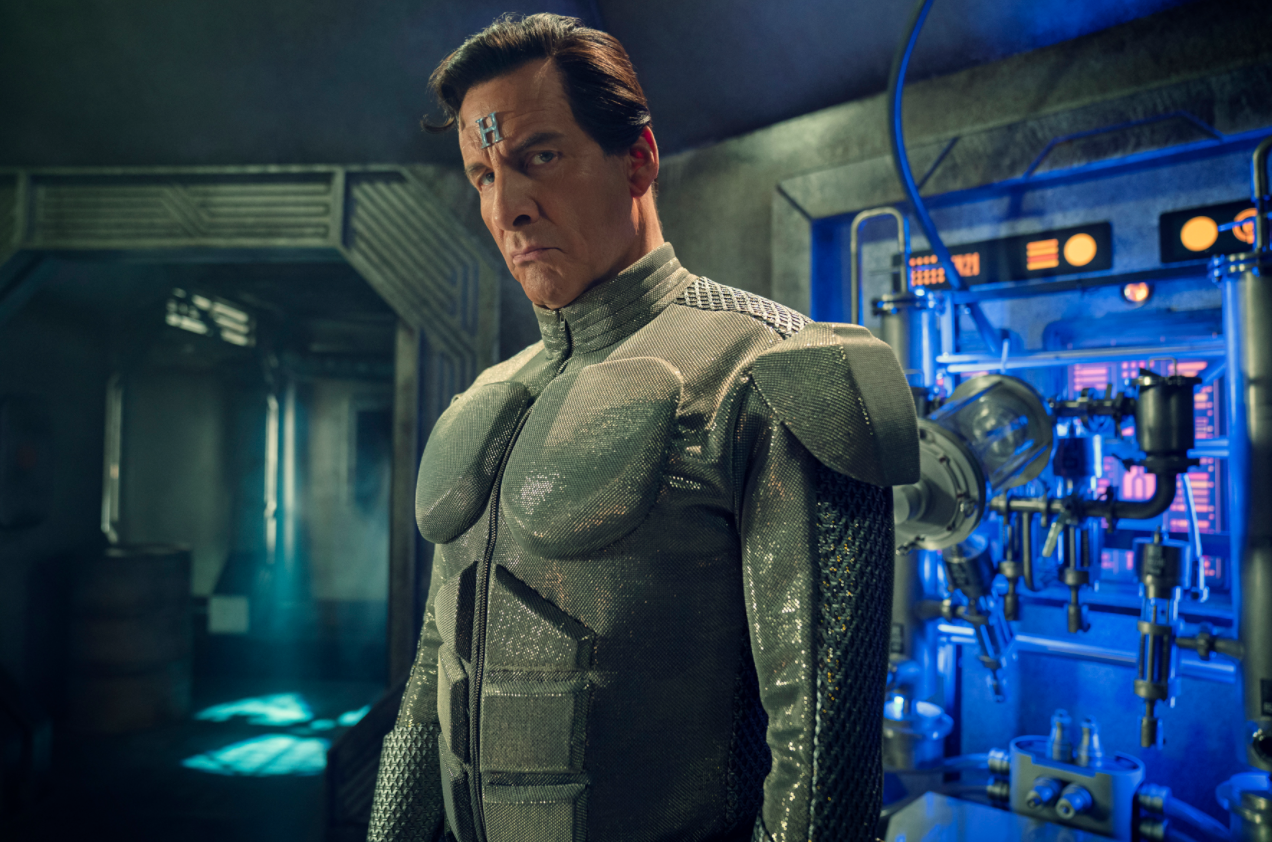 Thankfully, the series returned to being performed in front of studio audiences in 2012, restoring the feel of the show’s glory days.

The reason why is a bit of a shocker. 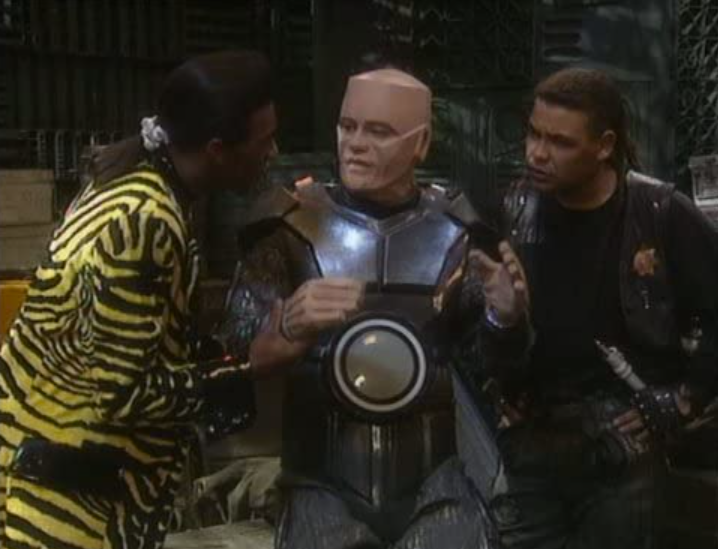 On February 3rd, 2021, just days before the annual Holly Hop Red Dwarf convention (this year held virtually) Naylor filed suit against Grant Naylor Productions, claiming that not only was he  removed as director by the company board in March 2020, but that in doing so, they had torpedoed his negotiations for two further specials.

He also alleged that, following his removal as a director, the company informed UKTV that he “had resigned” and claimed that it “retained all rights in Red Dwarf.” 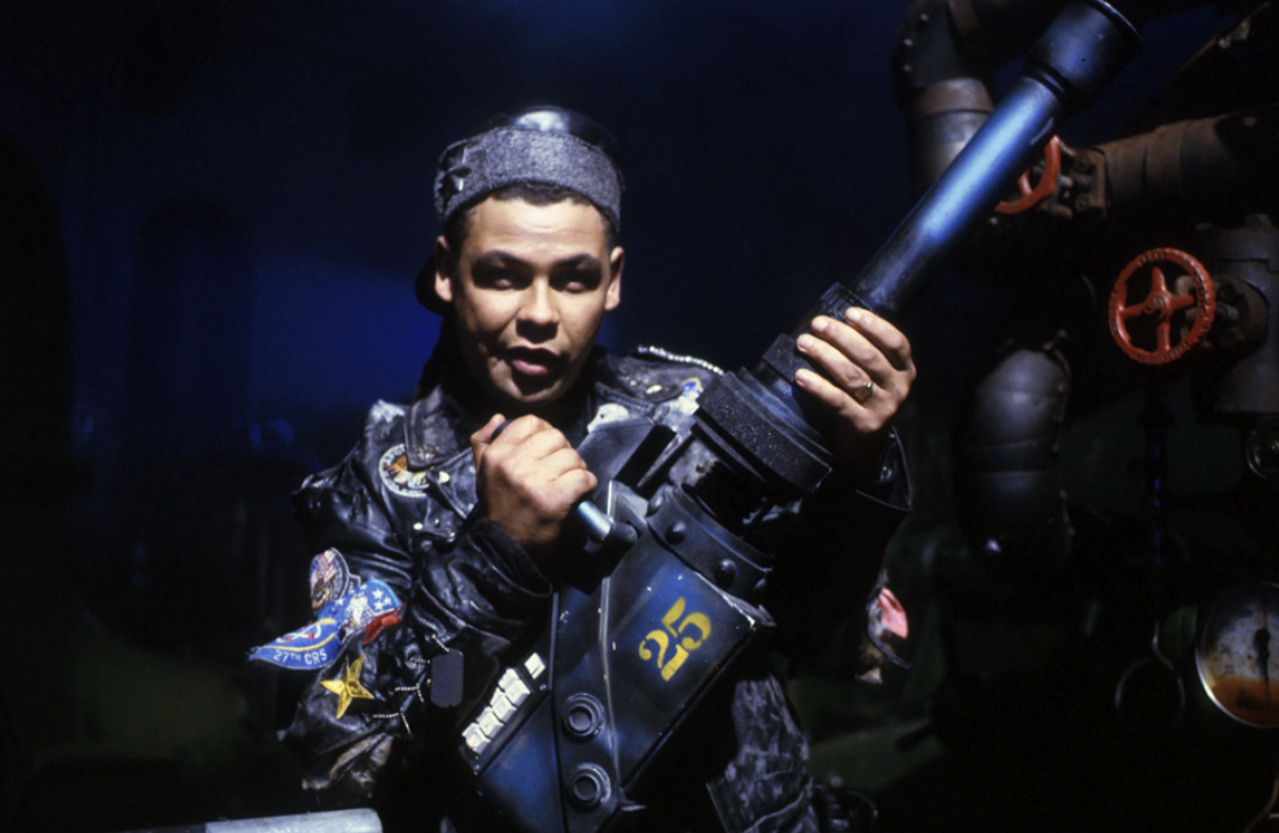 “I have been excluded from Grant Naylor Productions, the company I co-founded and which bears my name,” Naylor told The Daily Mail. “I want to make sure that I get back the rights to allow me to keep making Red Dwarf, the show I have been writing single-handedly for more than 20 years.”

“It is bizarre and regrettable that Grant Naylor Productions and its other shareholders are trying to prevent me from doing so,” he added. “I’m sure that Red Dwarf fans and the much-loved cast would agree.” 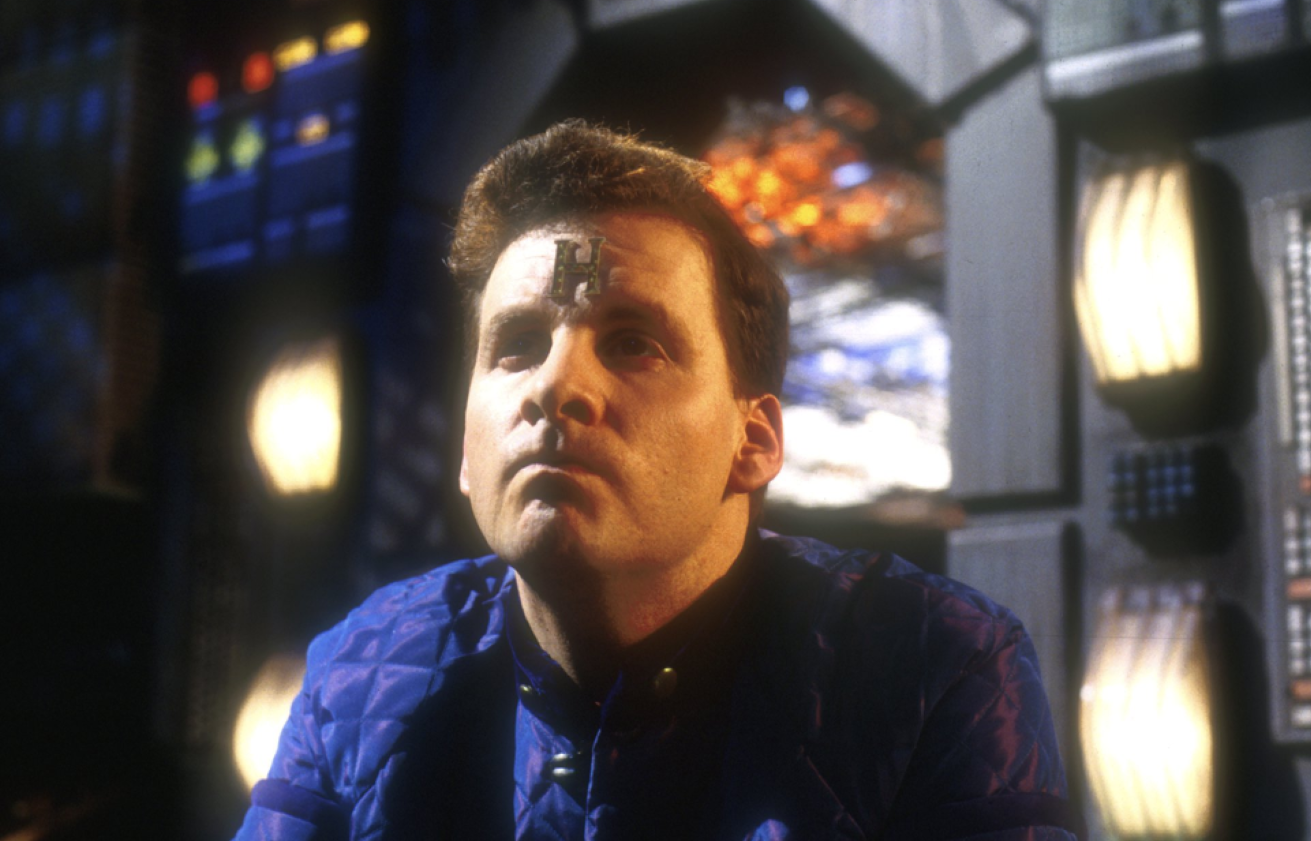 Stranger still is that Naylor, normally a fixture of the Red Dwarf Holly Hop cons, was nowhere to be seen during this year’s virtual entry, whilst Grant was front and centre, even producing a new fan-performed Red Dwarf short script.

The mystery regarding Red Dwarf’s future then continued to deepen, as at the con, both Grant and original producer Paul Jackson addressed the situation and assured fans that they had every intention of continuing the series with Naylor at the helm.

“I know a lot of you are distressed, understandably,” stated Grant. “I’ve seen in the forum about reports about the killing of Red Dwarf. I can honestly reassure everyone, we have no intention of killing off Red Dwarf. It’s a mad suggestion. Anyone who’s seen any of these commentaries must know how we feel about the show.” 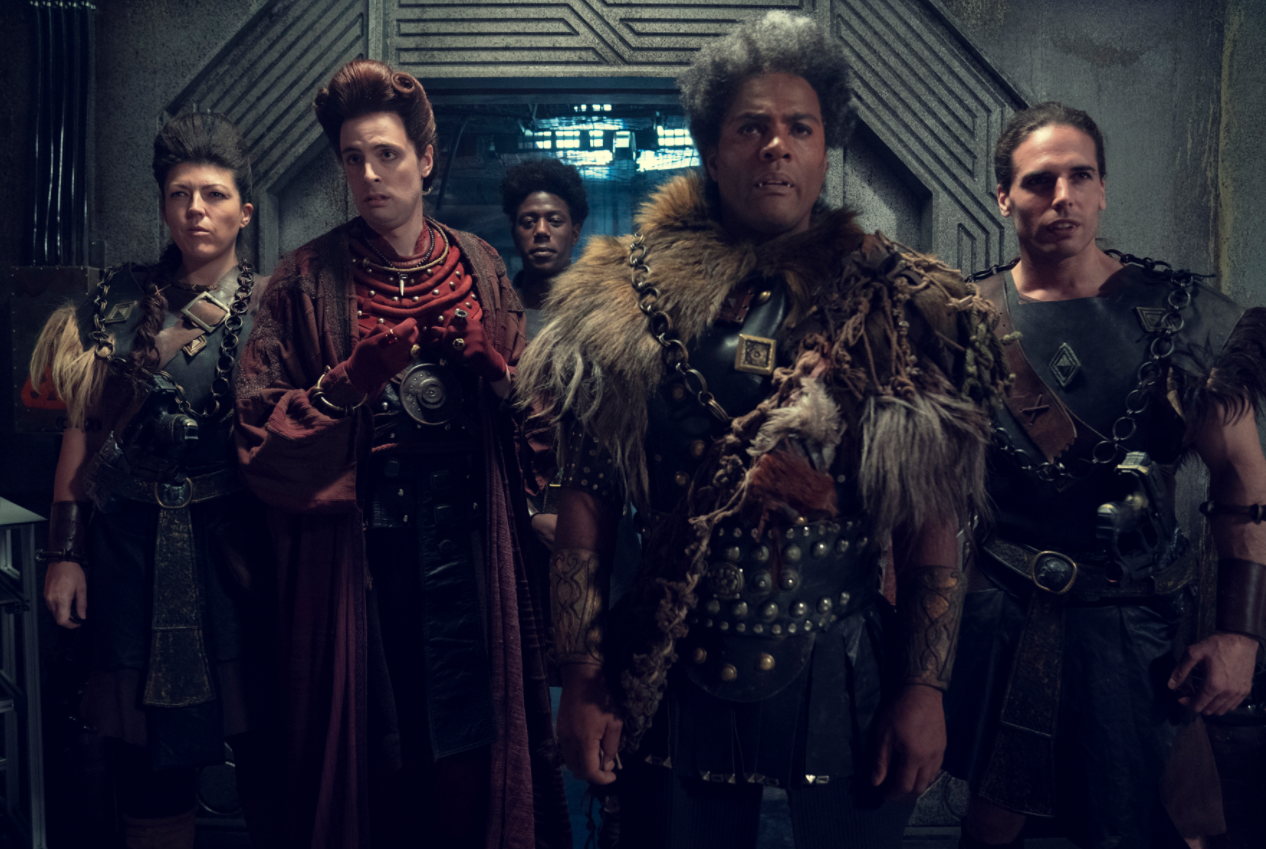 He continued, “We all want Red Dwarf to go on and on and on. We want series and specials and stage shows and movies and spin-offs. We want Red Dwarf flying out of our buttskis. Why wouldn’t we? Seriously? And I would really love, personally, to write some of it, just for the record.”

“So don’t worry,” he added. “We all want the small rouge one to carry on, even more than you do. And honestly, let’s not clog up the chat line with any more of this nonsense.” 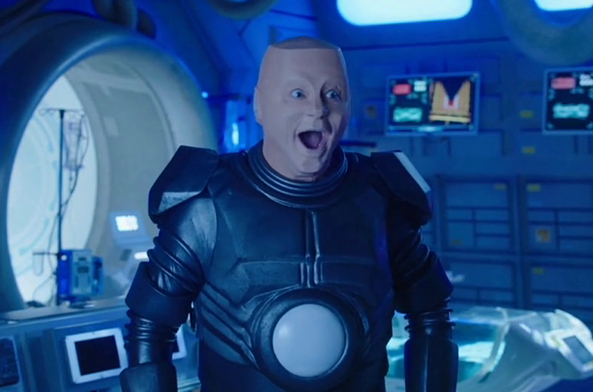 He then noted, “We signed it last year, everything was negotiated and agreed, we happily signed. Everything was set out – how many, how much, how long.”

“It stipulates very clearly that Doug will be the writer, the director and the executive producer of any such commission,” Jackson revealed. “And we’re all delighted and thrilled, and we quite honestly thought by this time we’d have got it going.” 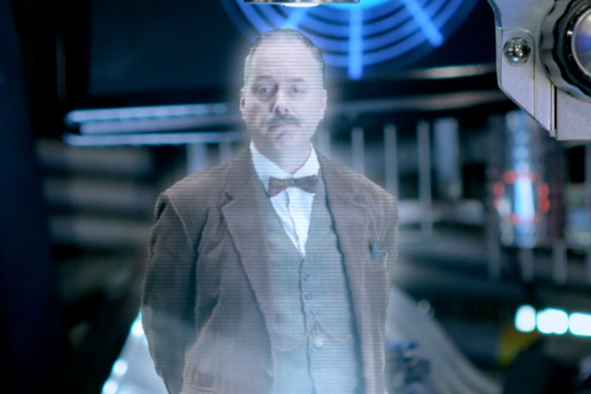 In the wake of this announcement, fans have begun to speculate the reasons as to why Naylor has returned to the series after so long. Some have claimed that the timing of his suit was intended to cause problems for Grant and demoralize the fandom at the Holly Hop Con, an attempt by Naylor to help himself reach a better deal, or that the legal battle is the result of a hostile takeover from either Grant or Naylor, though as of writing, no evidence has been presented to support these claims.

So, what is the truth? Only time will tell. Hopefully fans will get their answers sometime in the next three million years.