The publishing facet of DC Comics could be bought out by some investors and Jimmy Palmiotti hopes to acquire rights to Power Girl.

A rumor started that DC Comics’ publishing licenses could be bought from AT&T/WarnerMedia by a consortium of comic-fan investors raising the money to make an offer. 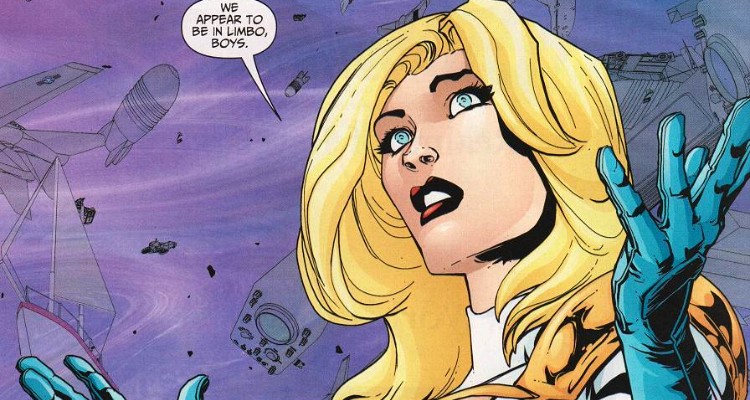 In response to that scoop, coming from Bleeding Cool, writer and inker Jimmy Palmiotti announced he and his spouse, Amanda Conner, will bid to buy the rights to Power Girl through the aid of crowdfunding.

“If it happens,” wrote Palmiotti in a tweet sharing the story, “Amanda and I will raise money through crowd funding to buy the rights to POWERGIRL. Who is with us?” 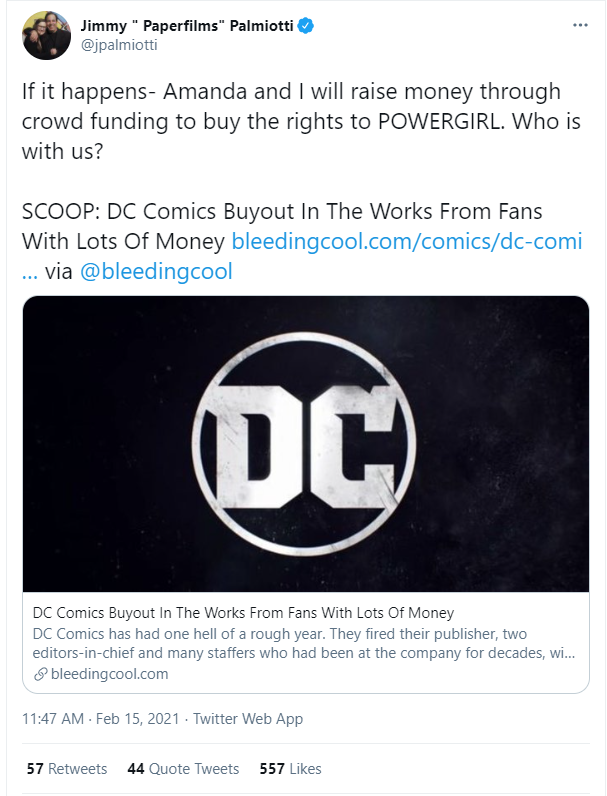 BC founder and writer of the article Rich Johnston appreciates Palmiotti’s gumption but doesn’t think the creative and his wife could pony up enough cash. According to Johnston, the would-be bidders knocking on WarnerMedia’s door are “some of the biggest” of cheeses.

“Jimmy, I am sure you would be invited to pitch. One of the individuals involved knows you and Amanda’s work very well,” Johnston tweeted back. “But unless you can throw eight figures into the pot, you won’t be a part of this. Also you would already have been approached.” 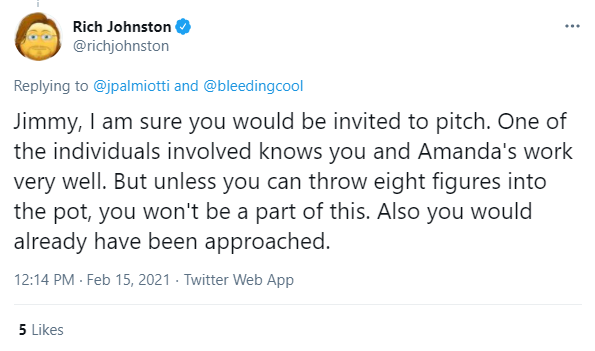 Johnston reported the “collaboration” of well-funded fans “are making an approach to AT&T” for DC comic publishing only and are leaving TV, movie, game, and merchandise rights alone.

He added a number of these “high-rolling individuals were given tours of DC Comics” new office in Burbank, CA, with AT&T/Warners officials, and from that arose the new option of a plan for a buyout.

Related — Aquaman: Earth One Dead at DC with Francis Manapul No Longer Under Contract 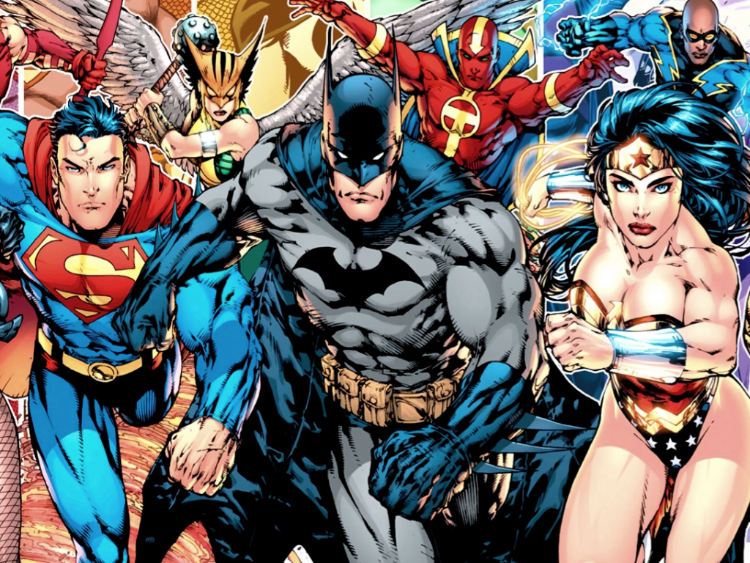 He was grilled on Twitter why there weren’t more specifics or names mentioned in the article. Johnston answered he received confirmation from “folk” in high places but can’t reveal his sources, adding he will report what he knows when a bid goes down.

“If a bunch of rich DC fans put in a bid for DC Comics print publishing rights? Then, yes, I will,” he wrote. “That is all I am able to state without revealing sources. But had it confirmed from a variety of high-placed folk. Took a week to put together.” 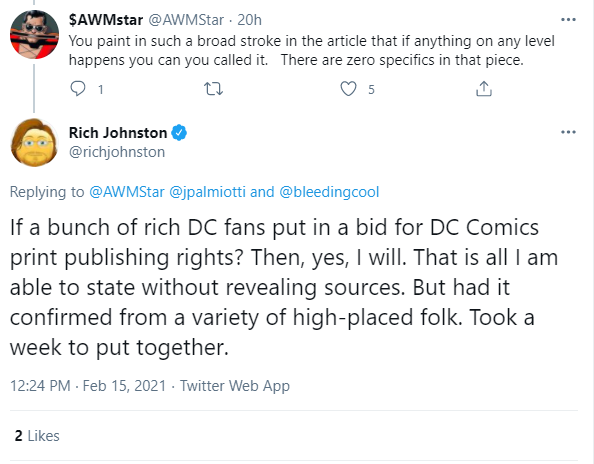 Related: Reports Suggest Gutting Of WarnerMedia And DC Comics To Continue In 2021

Johnston could reveal he hasn’t heard Todd McFarlane’s name come up though he promised to check. 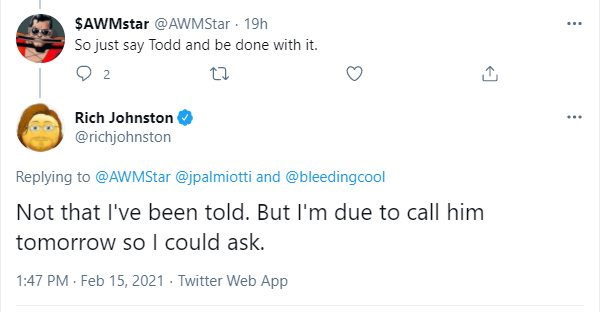 The report also says part of the reason for cost-cutting and firings across the board at DC had to do with the move to the more expensive Burbank office, a decision made by former DC President Diane Nelson.

Ethan Van Sciver noted this revelation was news to him in his latest update about the ongoing crisis at DC. Recall EVS predicted the cutting of their comic line – which came to pass – and a potential sale of the publisher long before anyone.

His new prediction is the anonymous bidders are Walking Dead creator Robert Kirkman and Diamond Distributors founder Steve Geppi – with Kirkman, or so goes Van Sciver’s hunch, winning out in the end because he has the capital thanks to the success of his most famous creation.

Do you think there will be a sale of DC to some fanboy investors? More importantly, will it make a difference? Give us your thoughts on this rumor in the comics.

Constantine Rumored To Be Person Of Color In J.J. Abrams Production