Zelina Vega was released by the WWE in November 2020. Her non-compete clause about to expire, but reports reveal there is no interest from other wrestling companies to sign her.

No Interest In Zelina Vega

Zelina Vega’s WWE 90-day non-compete clause [1] is set to come to an end this week. This means she’ll be free to sign with another wrestling promotion.

Vega was released from the company in late 2020, due to dealings with 3rd party websites like Twitch. She also happened to be an advocate for pro wrestling unions. Where could Zelina Vega [2] be heading?

The smallest girl with the biggest dreams. This is for you. pic.twitter.com/XHDLbfx4ur [3]

Fightful Select [5] recently reported that there aren’t any wrestling companies showing specific interest in signing Vega. But, that doesn’t necessarily mean that she won’t move forward and compete.

Basically, it just means that no promotion has made a “move” to offer her anything yet.

Known as Thea Trinidad, Vega has a loyal fan base on Twitch right now. Also, she’s got incredible mic skills and knows her way around the ring.

These are all things that could be a huge asset to any wrestling promotion. Only time will tell if another company will see the value in having Zelina on their roster.

There currently may be no interest in Vega from other wrestling companies, but rapper Bow Wow sounds very interested in joining the WWE.

Rapper Bow Wow recently hopped on Twitter to announce his post-rap plans. His final album is almost done and set to be released. The 33-year-old posted that his focus would now be on film and TV projects, plus joining the WWE. 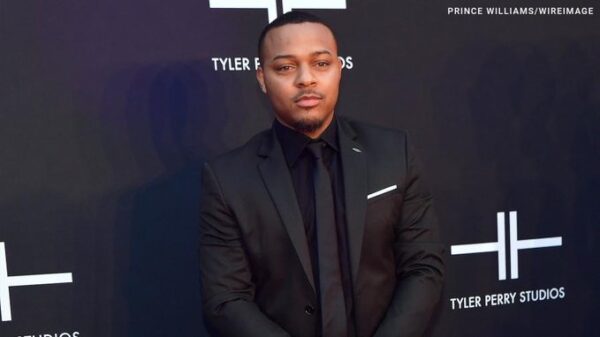 In the post, the rapper explained that it’s been a “childhood” dream of his to wrestle in the WWE [6].

To prove how serious he was, Bow Wow tweeted at Rey Mysterio. Check out the posts, below:

Now i know this might sound crazy… BUT… after i drop my last album. I will focus on tv and film. And joining the @WWE [7] its been a life long childhood dream to wrestle in the WWE!!!!

Before Bow does any of this, he’s set to release his seventh album, titled Before 30. In January of this year [11], the rapper talked about his most recent project during an interview and explained why he decided on the name.

“… Everything that I’ve accomplished, I’ve seen it before 30.”

Back to the tweets, his posts caught the attention of some WWE superstars [12], which prompted T-Bar of Retribution to respond. T-Bar didn’t exactly like the idea of Bow Wow joining the WWE.

He also took the time to make fun of one of his movies, Like Mike.  Check out their Twitter exchange below. Even Ricochet and Dominik Mysterio responded to Bow Wow. Sounds like he created quite the stir on social media.

It is crazy. Don’t make us destroy you.

Are you mad because ill become champ faster than you? Or are you mad that like mike is more legendary than you will ever be? DROPS MIC 🎤 https://t.co/hbO44eYcLi [16]

Sounds like the BANE stand in wants the smoke? Was that a challenge sir? https://t.co/dheUfWAKgb [18]

Bow Wow has done a lot in his career. He could be an asset to the WWE, even on a part-time basis. WWE.com also took the time [26] to profile Bow’s tweet.

Who can tell if Bow Wow is having fun or Twitter or serious about wrestling inside the squared circle. Meanwhile, fellow rapper Bad Bunny recently appeared on WWE TV and seems set for a WrestleMania 37 tag team match.

Sounds as if the rapper could find himself in that squared circle sooner than later.