Nancy Sinatra says she will never forgive people who voted for Donald Trump. She also hopes her hatred of him won't kill her.

Nancy Sinatra still can’t get past her anger towards Donald Trump even though he is no longer the President. Now, Frank Sinatra’s daughter admits that she will not even forgive the people who voted for him.

Nancy, who’s famous for singing “These Boots Are Made For Walking,” is very active in far-left politics. Her Twitter account makes it appear Donald Trump is still living rent free in her mind. She is so obsessed that she hopes her anger doesn’t kill her.

She Will Never Forgive Trump Voters

The 80 year old admits to feeling depressed due to her isolation during the coronavirus pandemic. Combining that with her continued focus on the 45th president made for an interesting interview Nancy Sinatra had with The Guardian.

She believes her notoriously politically incorrect father would agree with her. 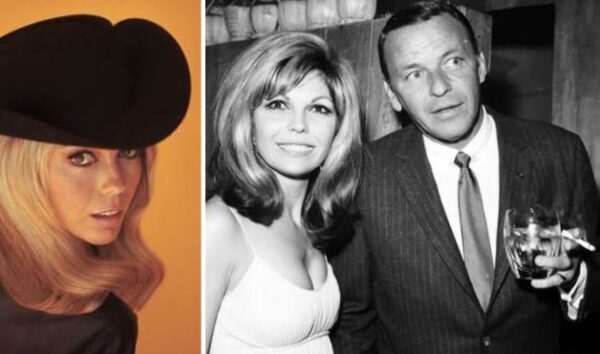 “I couldn’t believe that this great nation had sunk so low,” Sinatra told The Guardian. “I’ll never forgive the people that voted for him, ever. I have an angry place inside of me now. I hope it doesn’t kill me.”

RELATED: Bette Midler Encourages Dems To Attack Republicans: ‘Men Like To Kill Each Other’

Most people are able to move on after an election. Politics don’t dominate our lives. But, that’s not the case for Nancy Sinatra. If you voted for Trump, she still views you as an enemy even though his time in the Oval Office is now over.

Personally I will never forgive him and I, sadly, will always loathe him and those who voted for him.

Nancy Sinatra is grateful that Joe Biden is president – she said she would have left the U.S. if Biden wasn’t elected. She hates to think about how she could have dealt with four more years of Donald Trump.

“We squeaked by [in the election],” added Sinatra. “I don’t know what I would have done if Biden had lost. It crossed my mind to move to another country.”

“He showed us dark hearts of so many of our fellow Americans. We saw how millions would glory in his toxic message, his hateful rhetoric, his corruption & moral depravity. We saw how eager so many were to genuflect before a strongman.”

So happy to see him go. God bless America🇺🇸

“Carrying that angst is not healthy. I hope we can get back to the freedoms we enjoy. I worry,” she continued. “I don’t want my granddaughters to grow up in a nation full of hate.”

Nancy Sinatra is a far left feminist. It’s interesting to wonder what her father Frank would think of the current state of affairs.

While she claims he was not a fan of Donald Trump, the legendary singer was anything but politically correct. Cancel culture certainly could have a field day targeting him.

RELATED: Feminists Will Hate This Tonight Show Appearance of Sinatra and Don Rickles!

Cher Reveals She Gets ‘Sick To Stomach’ When Trump Does Anything