Over a decade since its initial cancellation, the Iraq War-based FPS Six Days In Fallujah has received an updated 2021 release date.

Over a decade since its initial cancellation, Six Days In Fallujah, the Iraq War-based first-person shooter, has been revived by a new developer and has received an updated 2021 release date.

Originally developed in 2009 by Atomic Games and picked up for release by Konami, the veteran video game publisher quickly dropped the title entirely after it received a large amount of backlash from critics, many of whom believed a video game based on the Second Battle of Fallujah, the bloodiest battle of the Iraq War for US forces and at the time a relatively recent conflict, was inappropriate and insensitive.

“After seeing the reaction to the videogame in the United States and hearing opinions sent through phone calls and e-mail, we decided several days ago not to sell it,” a Konami spokesperson told Japanese newspaper Asahi in 2009. “We had intended to convey the reality of the battles to players so that they could feel what it was like to be there.” 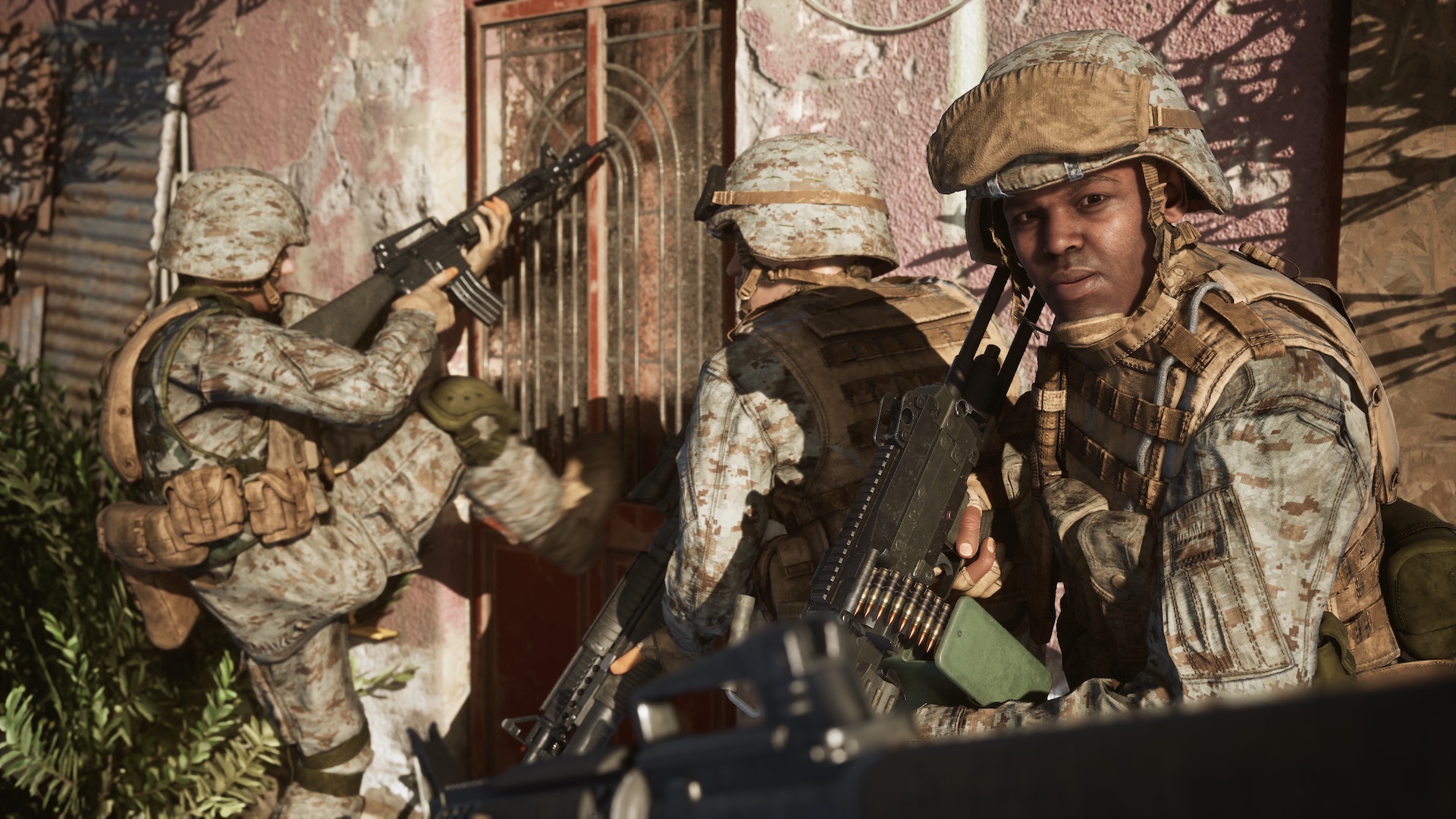 Though it was never officially cancelled following its dropping by Konami, Six Days in Fallujah soon proceeded to quietly fade into obscurity, leading many players to assume that the project had become yet another instance of ambitious vaporware.

That was until February 11th, when ex-Atomic Games CEO and current Victura CEO Peter Tamte announced that a new build of Six Days in Fallujah, in development since 2016 by Highwire Games, a studio founded by ex-Bungie developers, would see a 2021 release date. 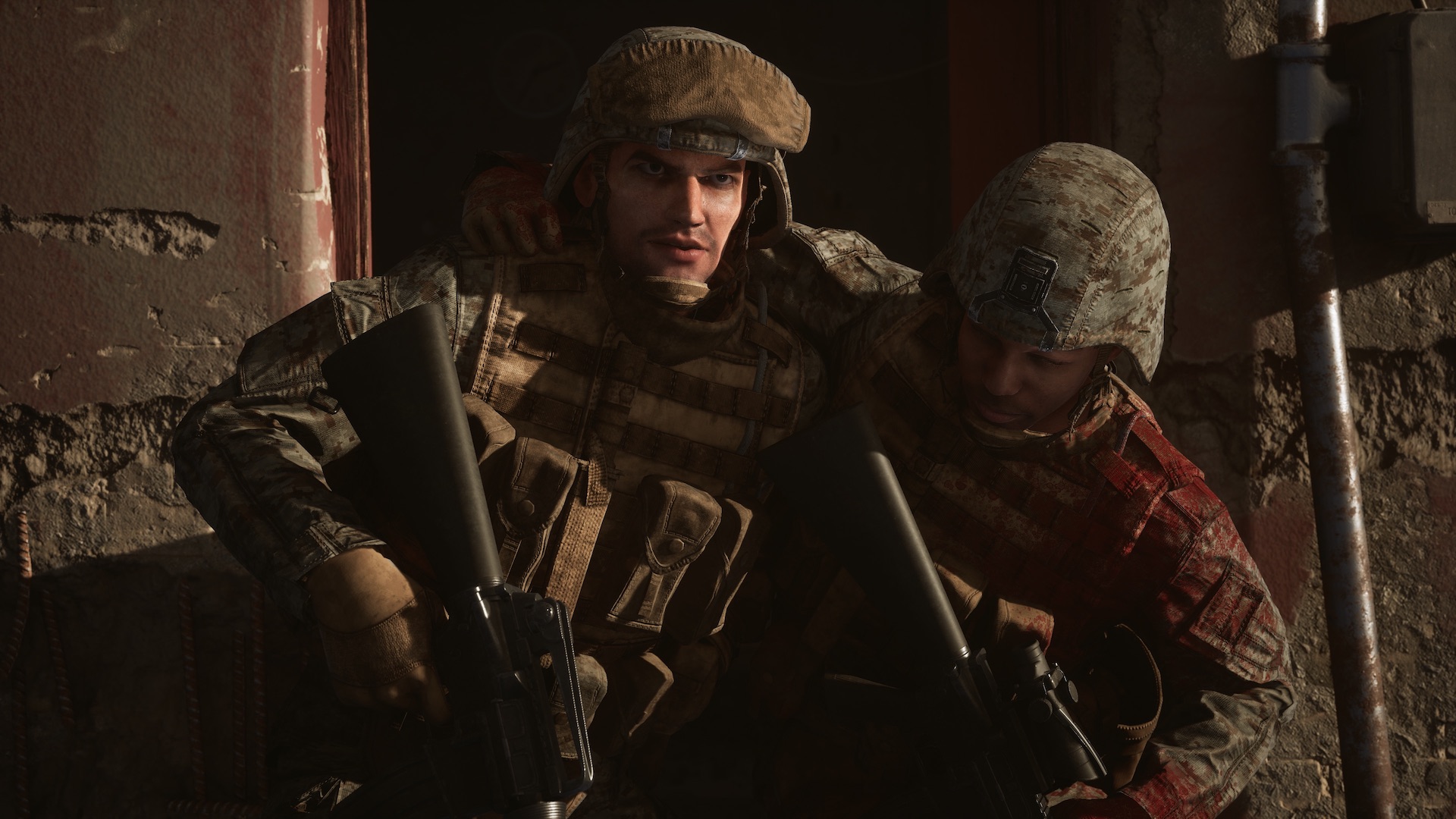 In answering the question of ‘why’ the game was developed, the game’s official website explains that “Throughout history, we’ve tried to understand our world through events that happened to somebody else. Six Days in Fallujah asks you to solve these real-life challenges for yourself.”

“We believe that trying to do something for ourselves can help us understand not just what happened, but why it happened the way it did,” the website continues. “Video games can connect us in ways other media cannot. “ 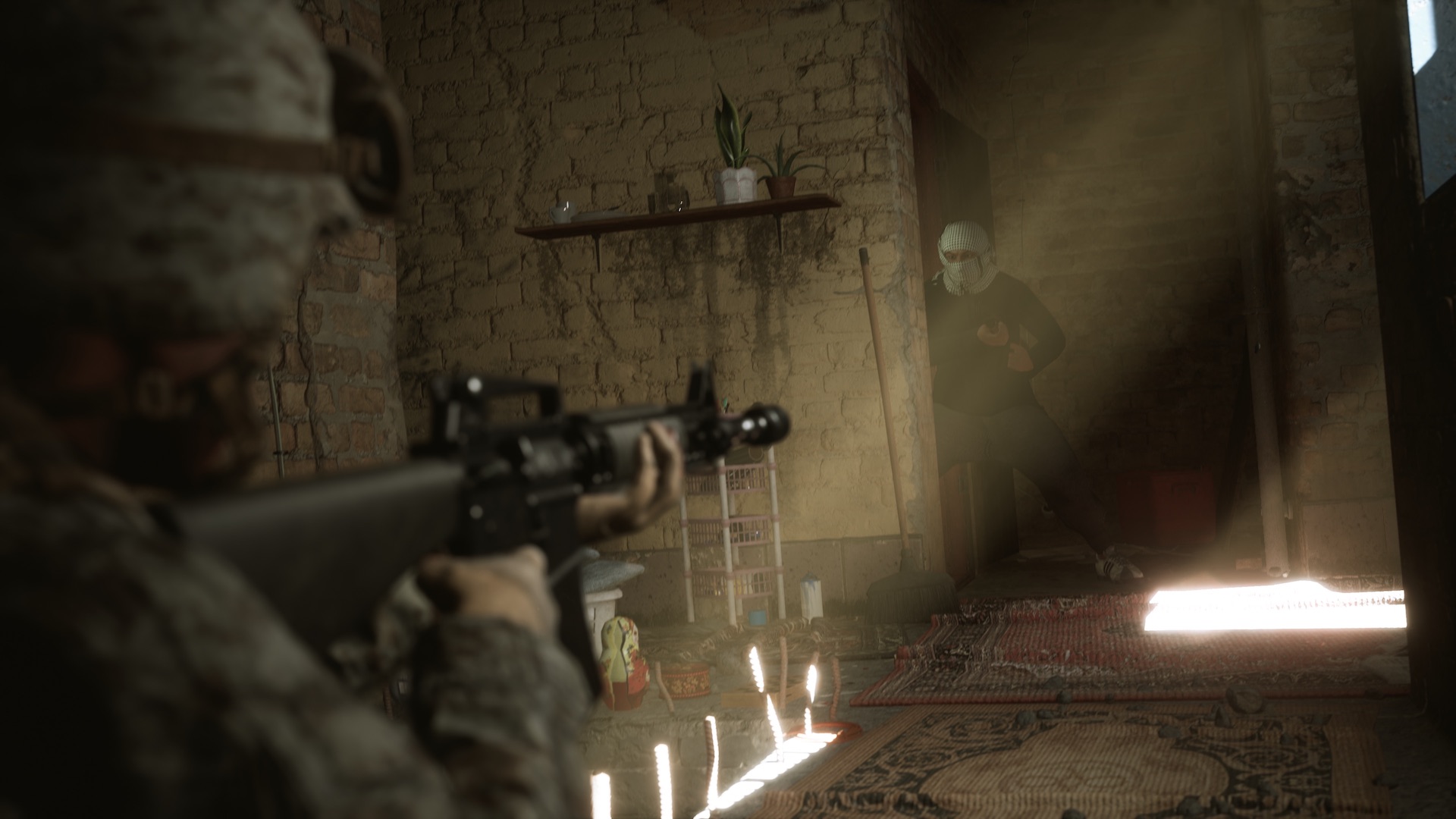 “More than 100 Marines, Soldiers, and Iraqi civilians have shared their stories with us so you can participate in them through this new, interactive format. This includes everyone from a corporal kicking down doors to a Deputy Prime Minister of Iraq,” the developer added. “Based on their stories, we’ve invested more than three years building technologies to explore specific parts of the combat experience more realistically than other games have so far. We hope that participating in these real-life “moments of truth” will give each of us a new perspective into events that have already shaped so much of our century.   “

“It’s hard to understand what combat is actually like through fake people doing fake things in fake places,” said Tamte in a press release published to the official Six Days in Fallujah website. “This generation showed sacrifice and courage in Iraq as remarkable as any in history. And now they’re offering the rest of us a new way to understand one of the most important events of our century. It’s time to challenge outdated stereotypes about what video games can be.”

However, despite its educational objectives, Six Days In Fallujah has already begun to face unsurprisingly renewed waves of criticism based on the game’s subject matter.

Amid accusations that the game was being developed in partnership with the United States Armed Forces to be used as a recruiting tool, Highwire Games and Victura were led to add a section to the game’s official FAQ specifying that “The US government is not involved in making the game, nor are there any plans to use it for recruiting. The Marines, Soldiers, and Iraqi civilians who’ve helped us participated as private citizens, and the game is being financed independently.” 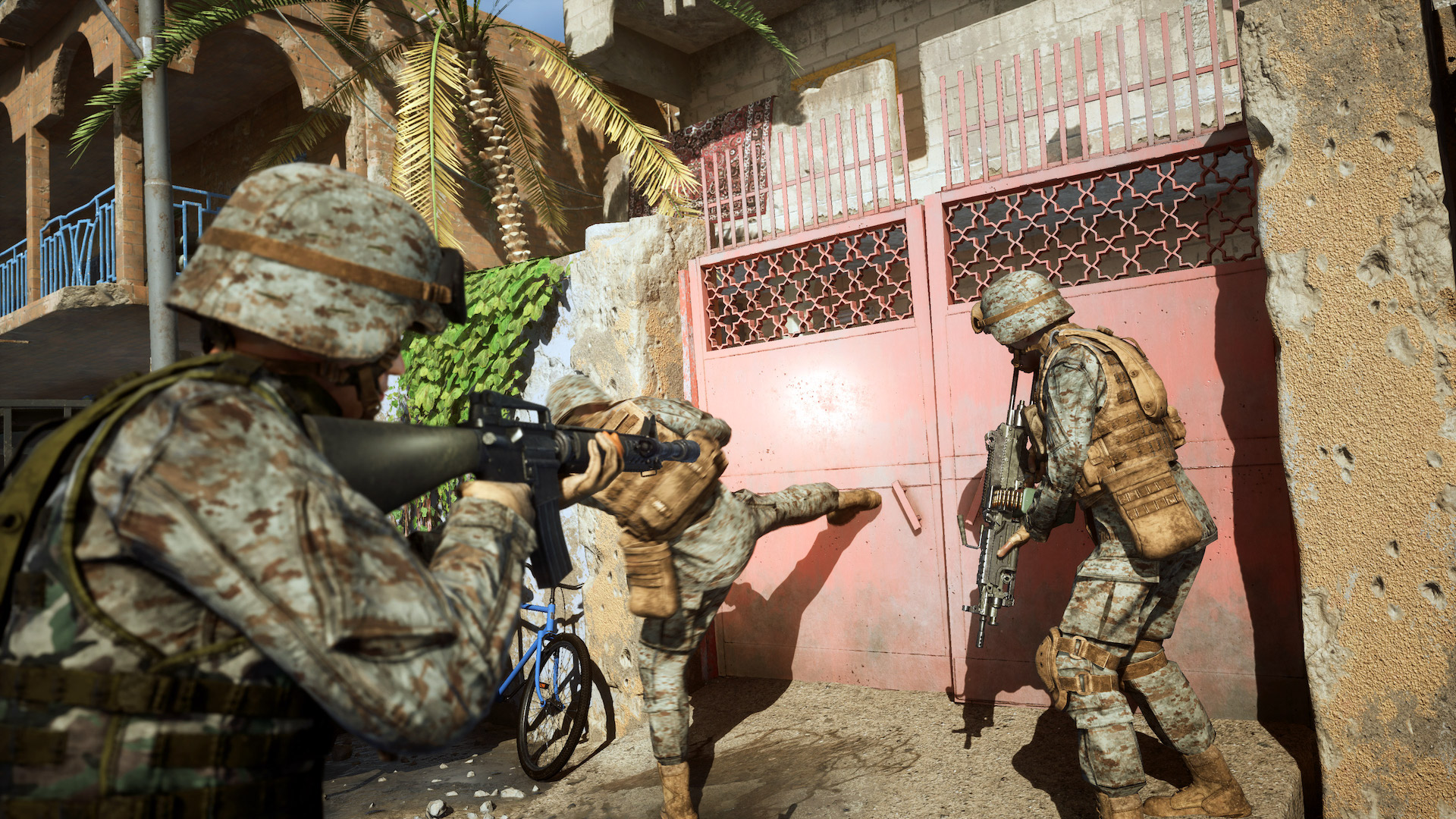 VICE News, in an article headlined “Six Days in Fallujah’ Is Back, but Why and For Who?”, speculated that the game “could be an important game that reminds people of what the Iraq War was at some of its worst and most intense moments, both for U.S. troops sent to fight in it and for the people who suddenly found their country turned into a battleground for myriad countervailing forces,” or turn out to “be a game about the honor, decency, and prowess of U.S. troops—and never mind all the messy context and contradictions. A higher-minded but still reductive politics of “support the troops” that has defined the Global War on Terror since its ill-considered inception. Slick propaganda, in other words, with just enough awareness to be credible.”

“Even if we grant that Six Days in Fallujah’s heart might be in the right place,” concludes author Rob Zacny, “I’m skeptical that a shooter about Fallujah in 2004 can help but arrive in the wrong one.” 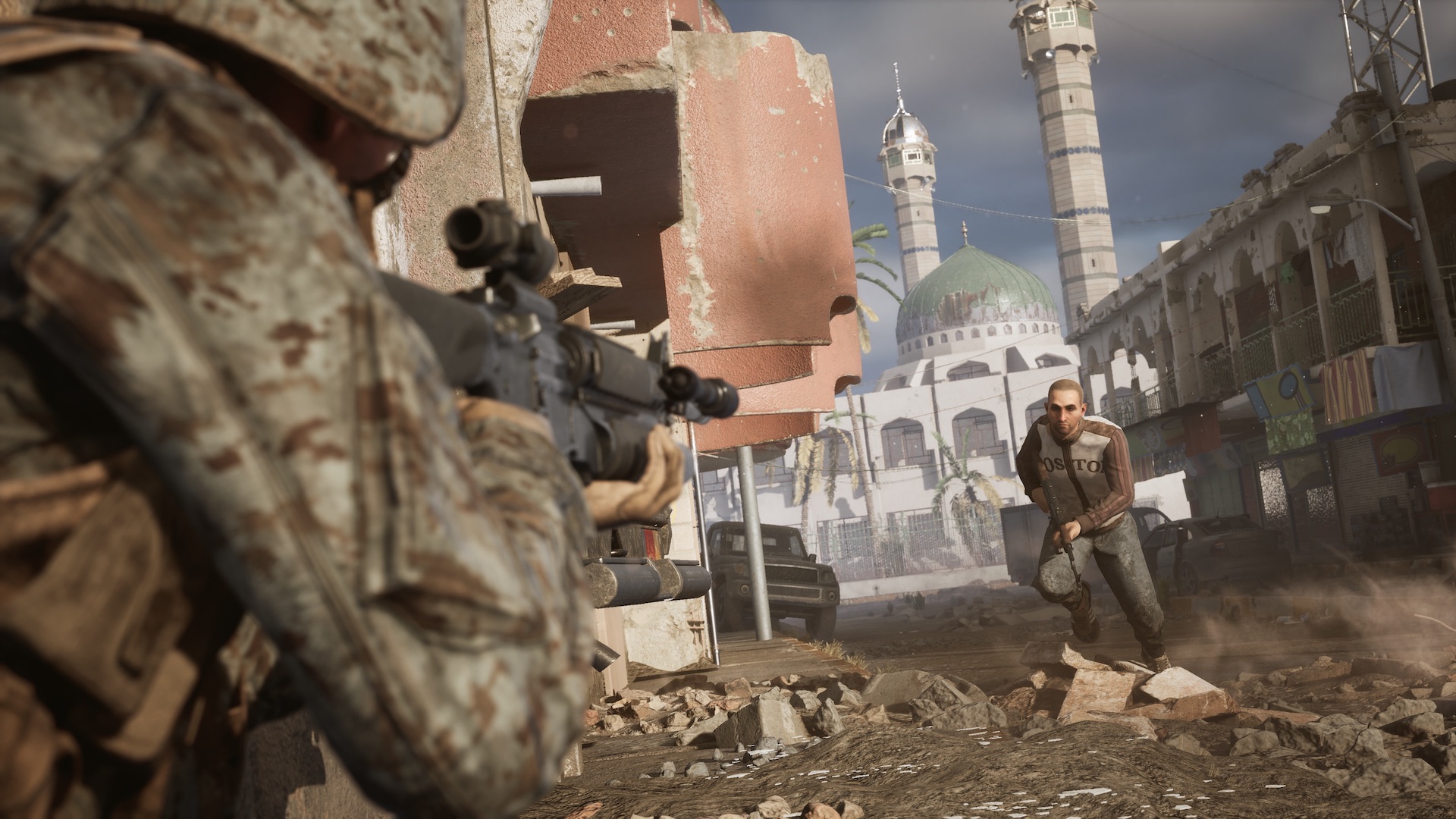 Six Days In Fallujah is currently aiming for a 2021 release across the PlayStaion 5, Xbox One X, and PC platforms.

As noted in the game’s official FAQ, “A portion of the proceeds from Six Days will be donated to organizations supporting coalition service members who have been most affected by the war on terror. Our focus will be on those whom traditional relief efforts are not yet reaching. Marines, Soldiers, and civilians who’ve helped us create the game will be deeply involved in directing these donations.”

What do you make of Six Days In Fallujah’s surprise revival? Let us know your thoughts on social media or in the comments down below!