Toho has finally released their full design for Godzilla in the upcoming anime series Singular Point, and it's both unique yet familiar.

After only seeing glimpses of at his final look over the past few months, the full design for Godzilla, or Goji, in the upcoming Netflix anime Singular Point has finally been revealed. 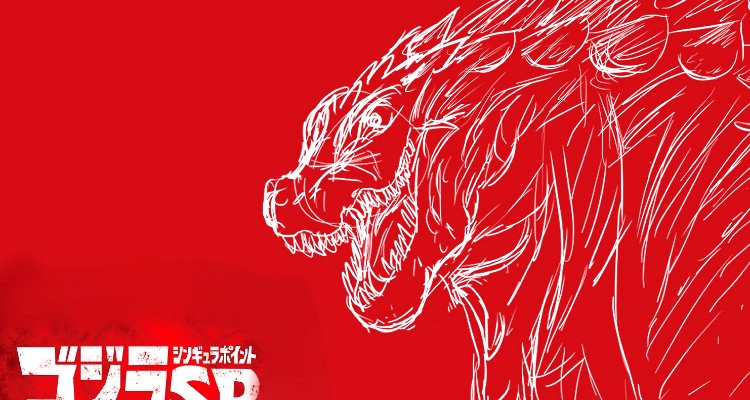 Related Rumor: Godzilla vs. Kong Has A Post-Credit Scene That Sets Up An Old Nemesis

Dubbed “GyuraGoji,” Toho Studios released the final design by Studio Ghibli and Eiji Yamamori, and it was shared by Kaiju News Outlet this past week.

With proportions similar to a T-Rex, especially in the legs and feet, Godzilla very much resembles a carnivorous dinosaur. However, these small details are offset by Godzilla’s quintessential dorsal plates and long, pronounced tail.

The arms are also small, similar again to a Tyrannosaurus or even Hideaki Anno’s recent Shin Godzilla, but don’t appear to be as stumpy or useless. You can easily picture GyuraGoji grabbing something in his claws or even swatting at buildings as he walks by.

Below is a better look. 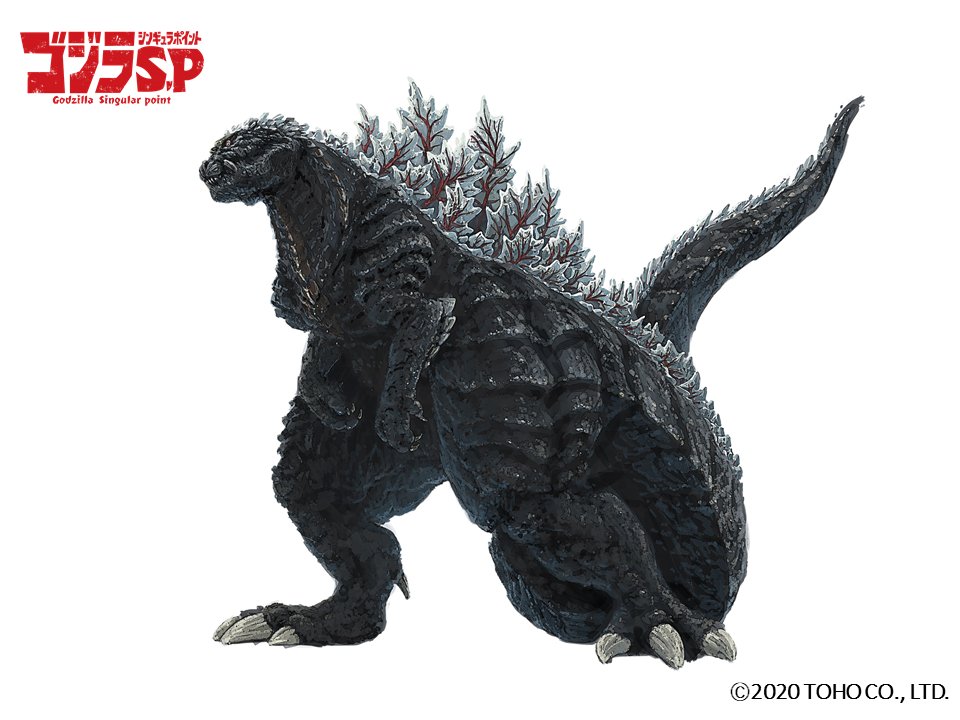 Yet, this Singular Point’s Godzilla is not without its own unique features, as seen in how the plates have the added feature of veins, which presents possible evidence that his vascular system will play a part in the build-up of energy needed to deploy his signature Atomic Breath. However, the King’s exact physiology is unclear and, at this point, debatable.

And then there is the face. As seen in a close-up provided by Twitter user @Khomodo_, in which he asserted that “my boi is gonna be an evil a—–e again,” Godzilla’s eyes bear a passing resemblance to the blank white ones of GMKGoji from Giant Monsters All Out Attack (2001), albeit with distinctly defined pupils.

These intense eyes could serve as an indication that Singular Point Godzilla could be just as soulless and brutish as GMKGoji, which, as noted above by @Khomodo_, begs the question of whether the King of All Monsters will serve as a bad guy once again. While that would be a return to form, it would also be a pity too for fans who have been hoping that this series would present a more heroic Godzilla.

Personally, I find GyuraGoji to be very reminiscent of some of the early concept art for SpaceGodzilla which showed the crystal-throwing astral titan with four legs. These SpaceGodzilla designs may have served as inspiration for Yamamori’s Godzilla, but that’s just my speculation. 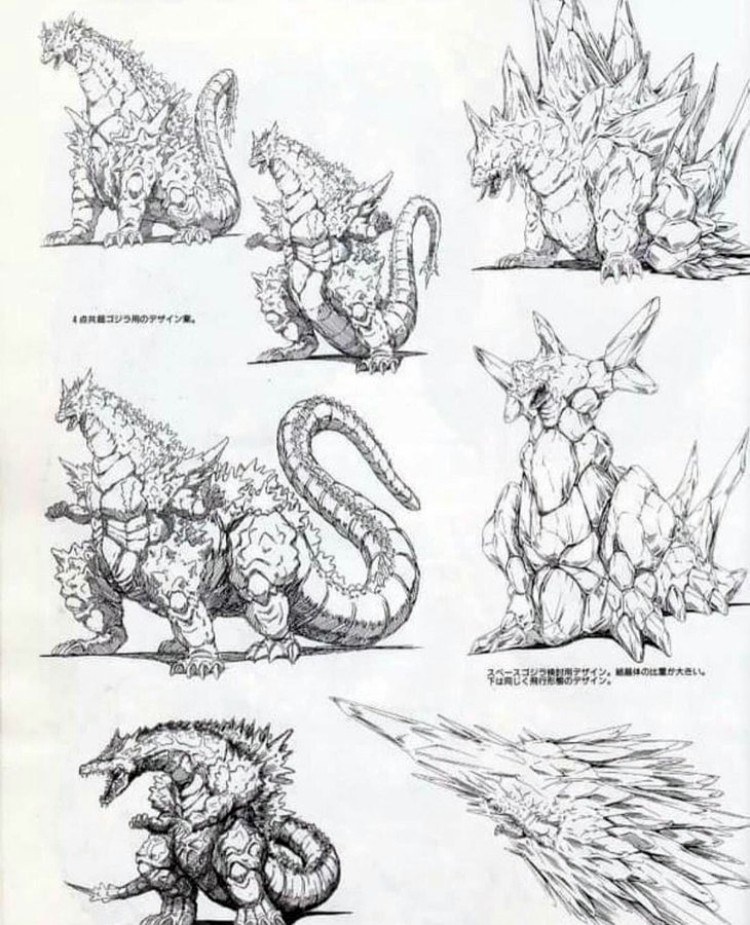 Godzilla Singular Point is giving us quite a few unexpected reimaginings of famous Toho kaiju. From the steampunk mech iteration of Jet Jaguar to the bipedal alteration for Gabara, G-Fans are in for a few treats and serious deep cuts from Godzilla lore when Singular Point premieres on Tokyo MX in April 2021 before heading to Netflix services world wide.

What do you make of Godzilla’s new design? Let us know your thoughts on social media