The film was announced by TheWrap, who claimed the film will be “DC Films and Warner Bros.’ first superhero movie starring a Latino character.” 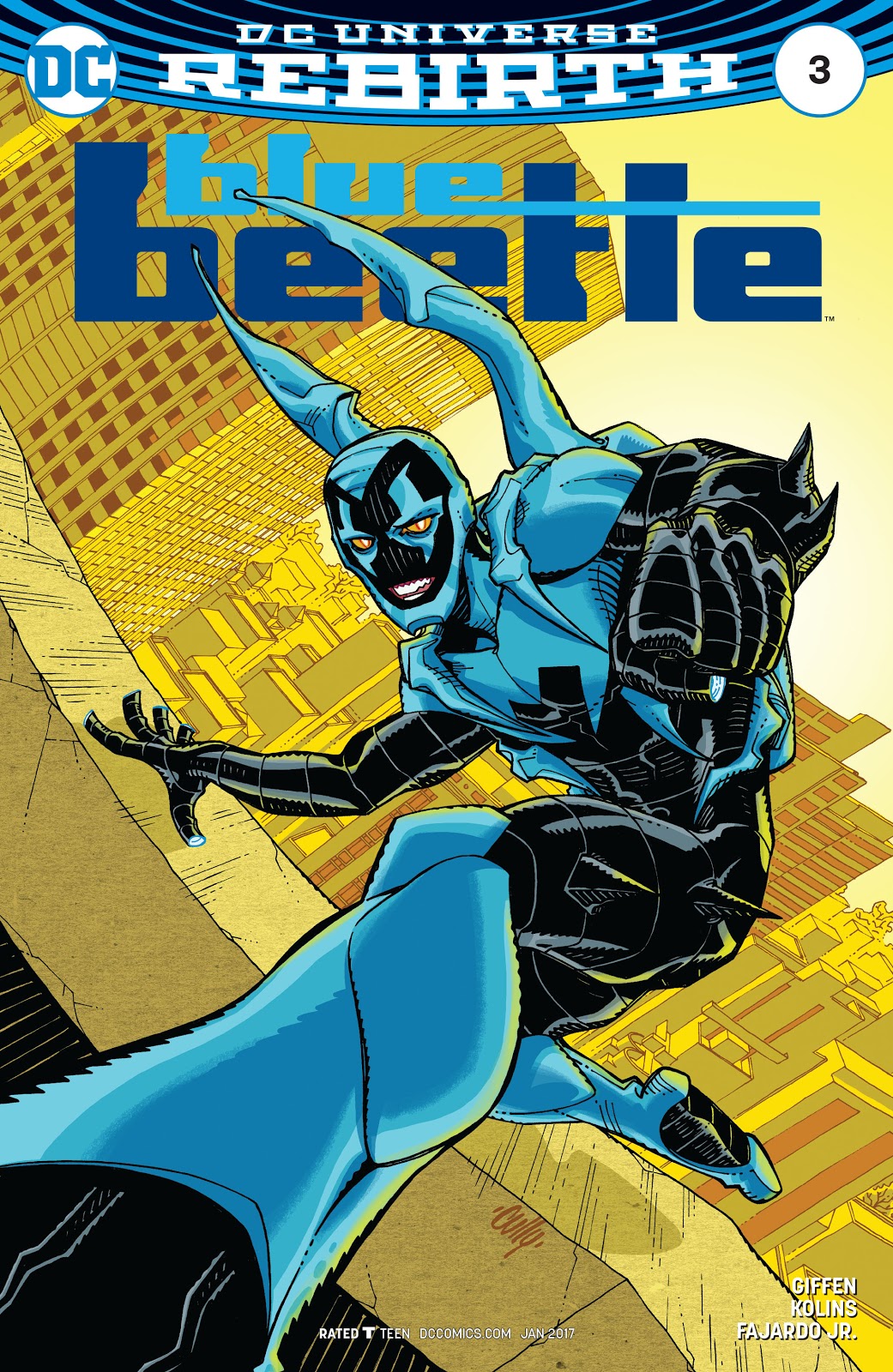 The movie will be directed by Angel Manuel Soto, whose film credits include Charm City Kings and The Farm.

Soto told TheWrap, “It is an honor to direct Blue Beetle, the first Latino superhero film for DC.”

“I want to sincerely thank everyone at Warner Bros. and DC for trusting me to bring Jaime Reyes to life. I can’t wait to make history together,” he added. 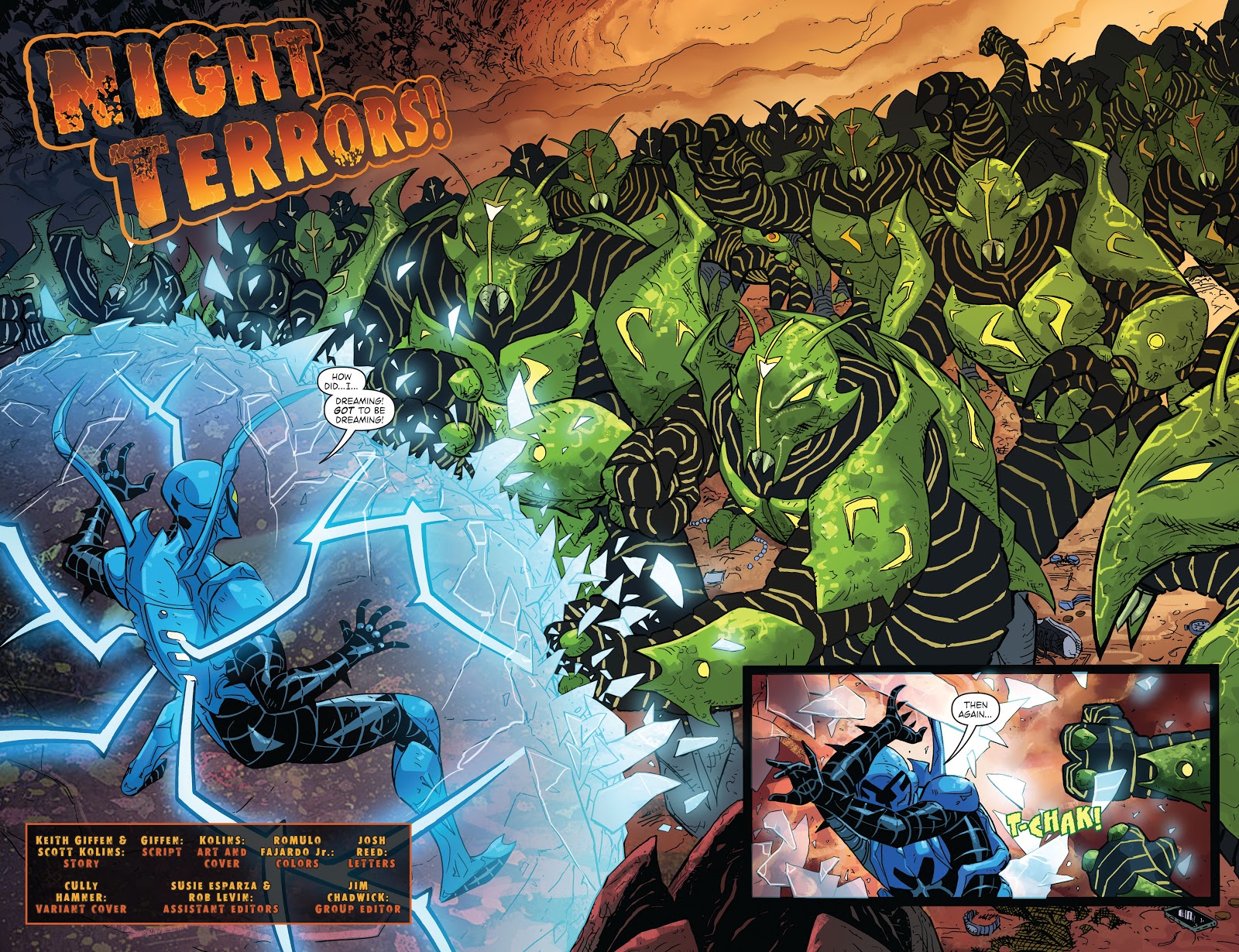 The Blue Beetle movie will be written by Gareth Dunnet-Alocer, whose film writing credit includes Miss Bala. He’s also been tapped to write the upcoming remake of Scarface.

No details about the film’s plot or casting were revealed. 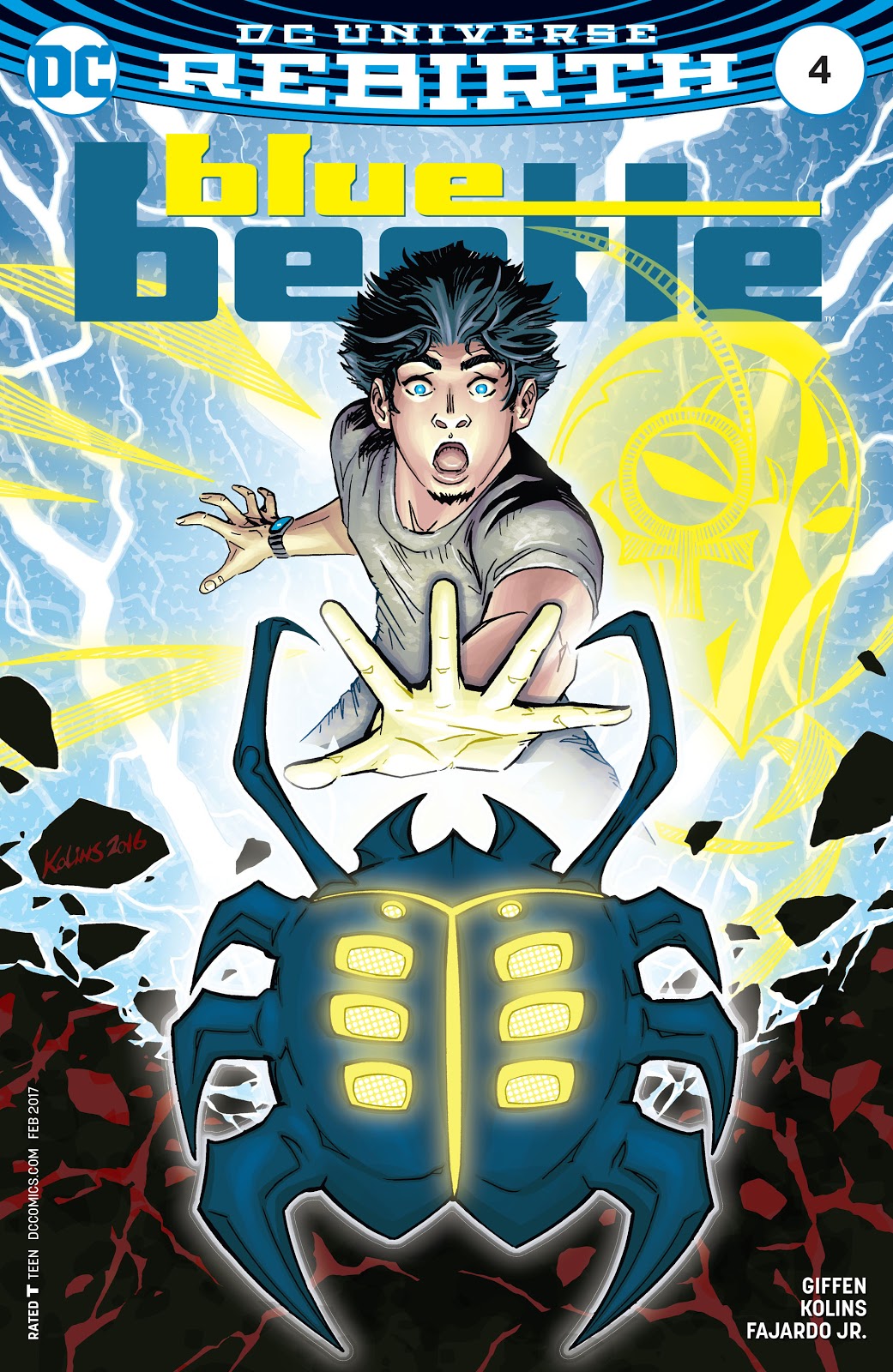 If you are unfamiliar with Blue Beetle, the character was first created Charles Wojtkowski for Fox Comics in 1939 although at the time he wrote under the pen name Charles Nicholas with Jack Kirby and Chuck Cuidera.

This first iteration of the Blue Beetle featured rookie policeman Dan Garret as he took the fight to “smash gangland’s denizens.” While he might have been a police officer, as the Blue Beetle he was “sought by the police, and feared by all criminals.” 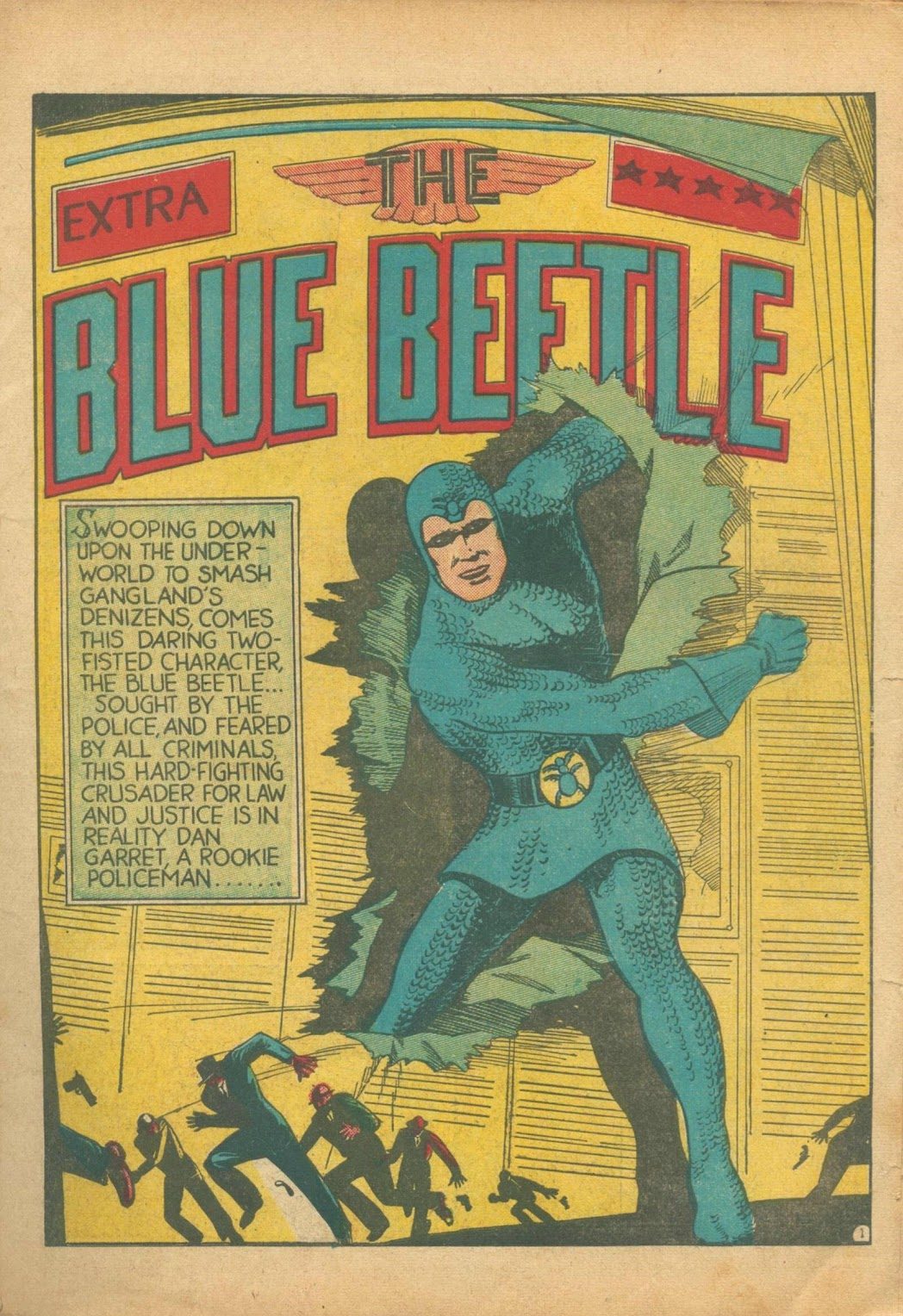 The Blue Beetle and Dan Garret would be reimagined when Charlton Comics obtained the rights to the character after Fox Comics went out of business.

They would change the spelling of his last name to Garrett. Not only that but he would obtain a PhD and become an archaeologist.

Garrett would also team up with “his beautiful Egyptian associate, Professor Luri Hoshid” as they explored the tombs of Egypt.

He would gain his superpowers from an ancient Egyptian Scarab. 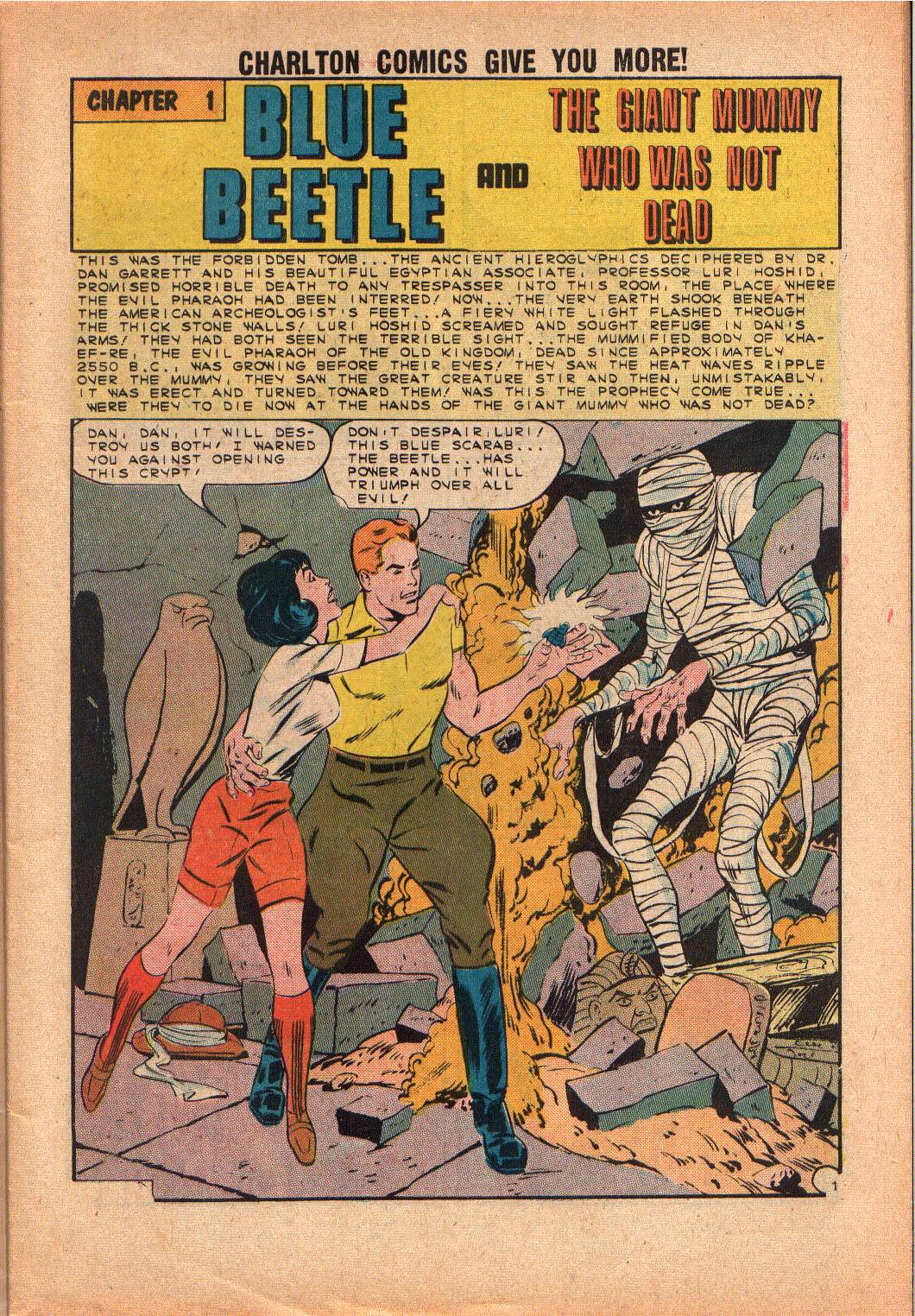 Garrett would eventually be replaced by Ted Kord in the pages of Captain Atom #83 by comic book legend Steve Ditko and Gary Friedrich. However, it wouldn’t be revealed until Captain Atom #84 that the new Blue Beetle was in fact Ted Kord.

The mantle of the Blue Beetle would eventually be passed from Garrett to Kord after Garrett died trying to stop Ted’s uncle Jarvis Kord from taking of the world with an army of androids.

Kord was depicted as a genius-level inventor and athlete. He even had a secret laboratory called The Beetle Lab that was accessible through the use of his iconic Blue Beetle aircraft that he used to fight crime. 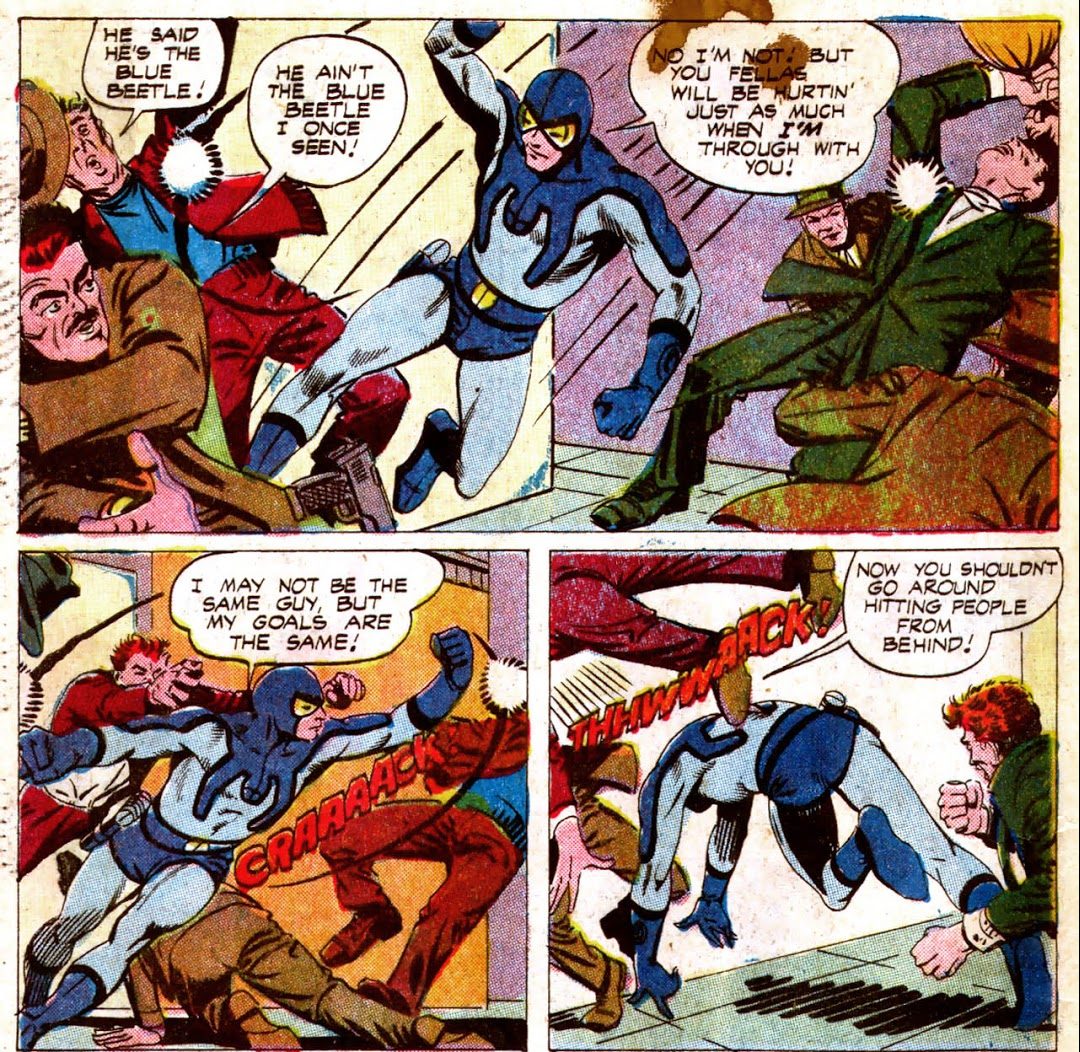 DC Comics would eventually obtain the rights to the Blue Beetle in 1983, where they continued the stories of Ted Kord.

A third Blue Beetle, Jamie Reyes, would be introduced in Infinite Crisis #5 back in 2006. 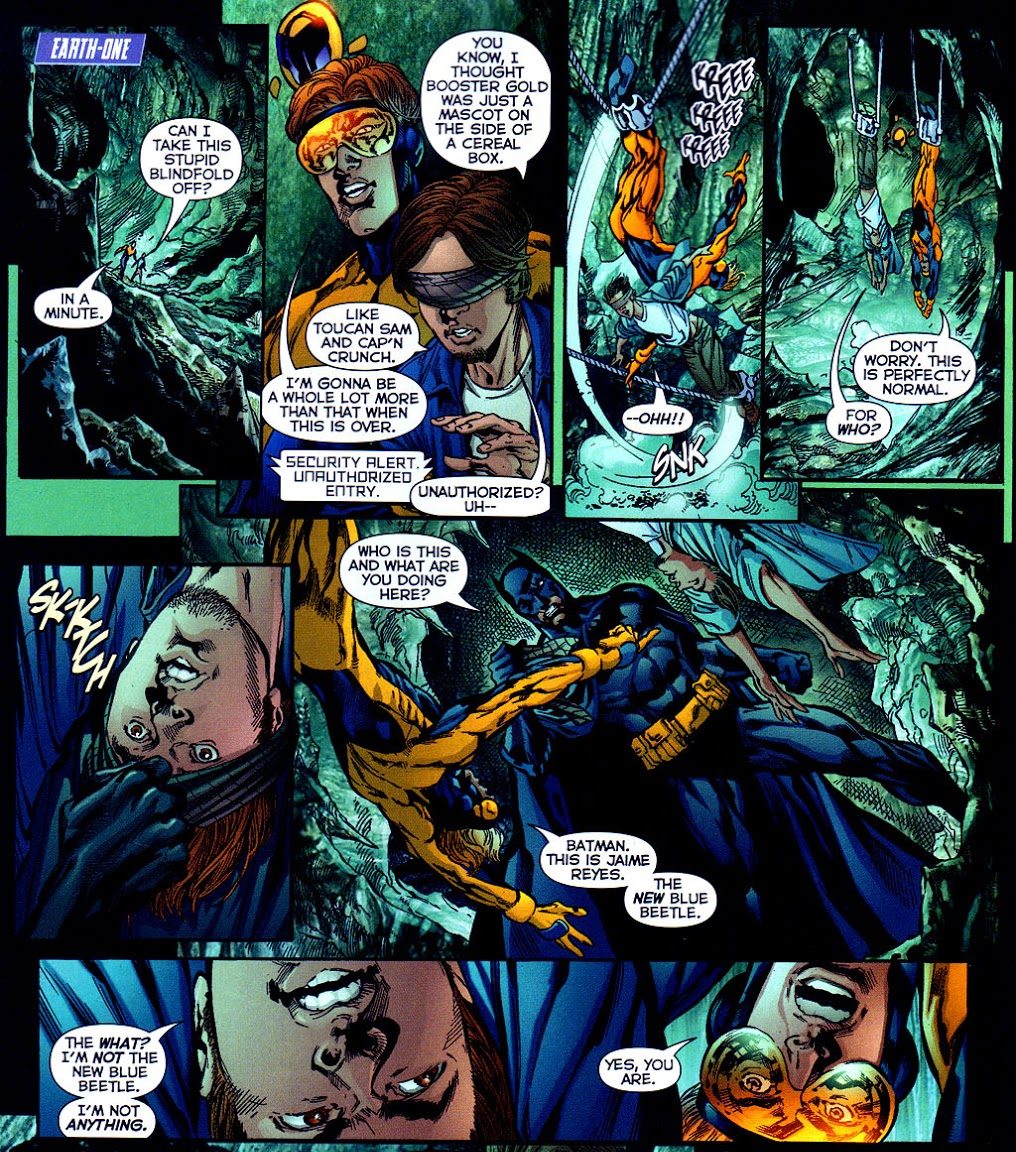 Reyes became the Blue Beetle after finding a blue scarab during the events of Infinite Crisis #3.

With Reyes’ introduction, the Blue Beetle would become alien in origin as the scarab bonds with him providing him with a suit of armor that has a number of advanced defensive and offensive capabilities.

Are you interested in a Blue Beetle movie? What do you expect from this?