WandaVision actress Teyonah Parris recently confirmed when the show takes place in the MCU timeline, clearing up any confusion for people who watched the first two episodes released on Disney+.

WandaVision actress Teyonah Parris recently confirmed when the show takes place in the MCU timeline, clearing up any confusion for people who watched the first two episodes released on Disney+.

For those that watched the first two episodes of WandaVision on Disney+, it is unclear when the show takes place.

The first episode titled “Filmed Before A Live Studio Audience” begins with Vision and Wanda arriving in what appears to be a sleepy suburb in what looks like the late 1950 to early 1960s just after getting married. 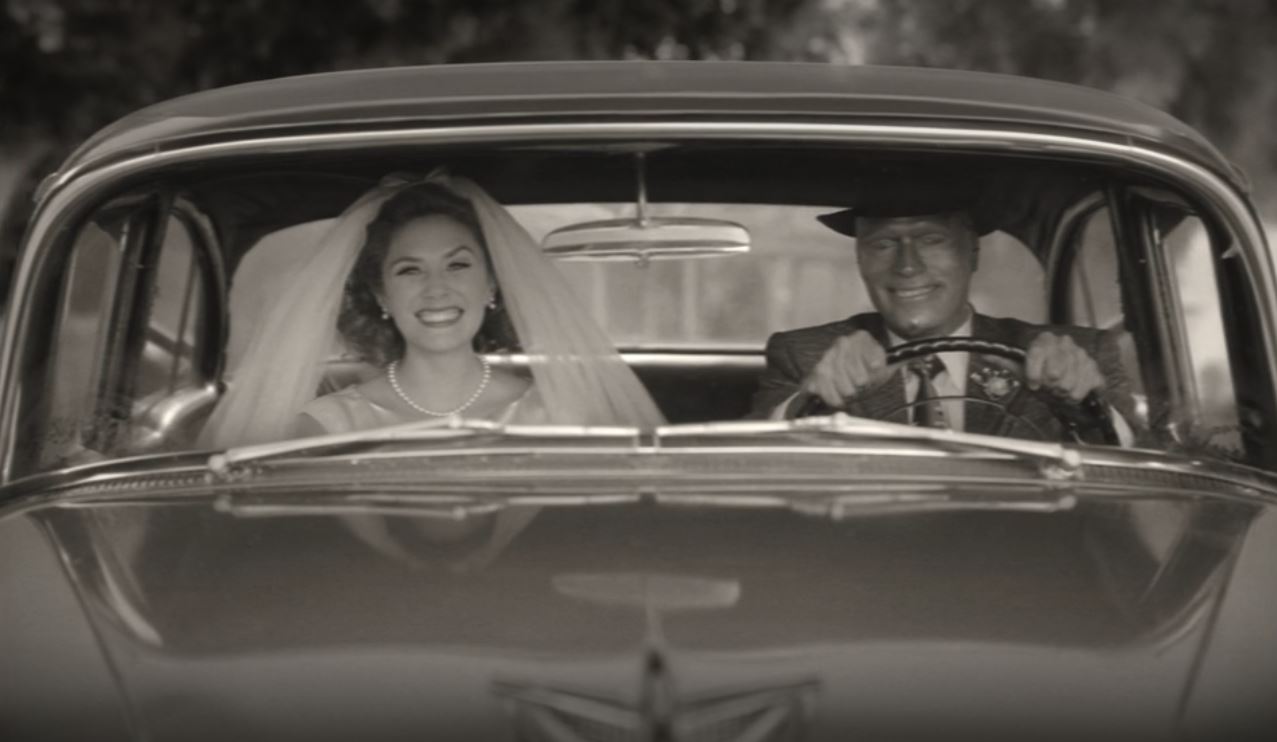 The episode’s beginning makes it appear that Wanda and Vision are the main protagonists in a sitcom as it has opening credits as well as character introductions.

The first episode maintains this aesthetic until the very end. In this stinger scene, it’s implied that they are indeed part of a television program.

The camera zooms out and we see the credits role for this later 1950s or early 1960s WandaVision show.

As the camera continues to zoom out, we get a glimpse of a person’s arm, who has just finished taking some notes in a notebook with the S.W.O.R.D. symbol on it.

After closing the notebook, they then pick up a clunky looking remote and a Please Stand By message fills up the screen. The real credits for the episode then role.

Interestingly, while there is color on a number of the control panels and on a monitor, the person controlling the remote still appears to have been filmed in black and white.

The technology they are using also appears to be dated, and not something you would expect to see from a government agency that more than likely uses Stark Industries technology.

In the 2nd episode titled “Don’t Touch That Dial,” the show starts off without the TV show introduction, and jumps right into a scene between Wanda and Vision attempting to figure out what is crashing into their window. 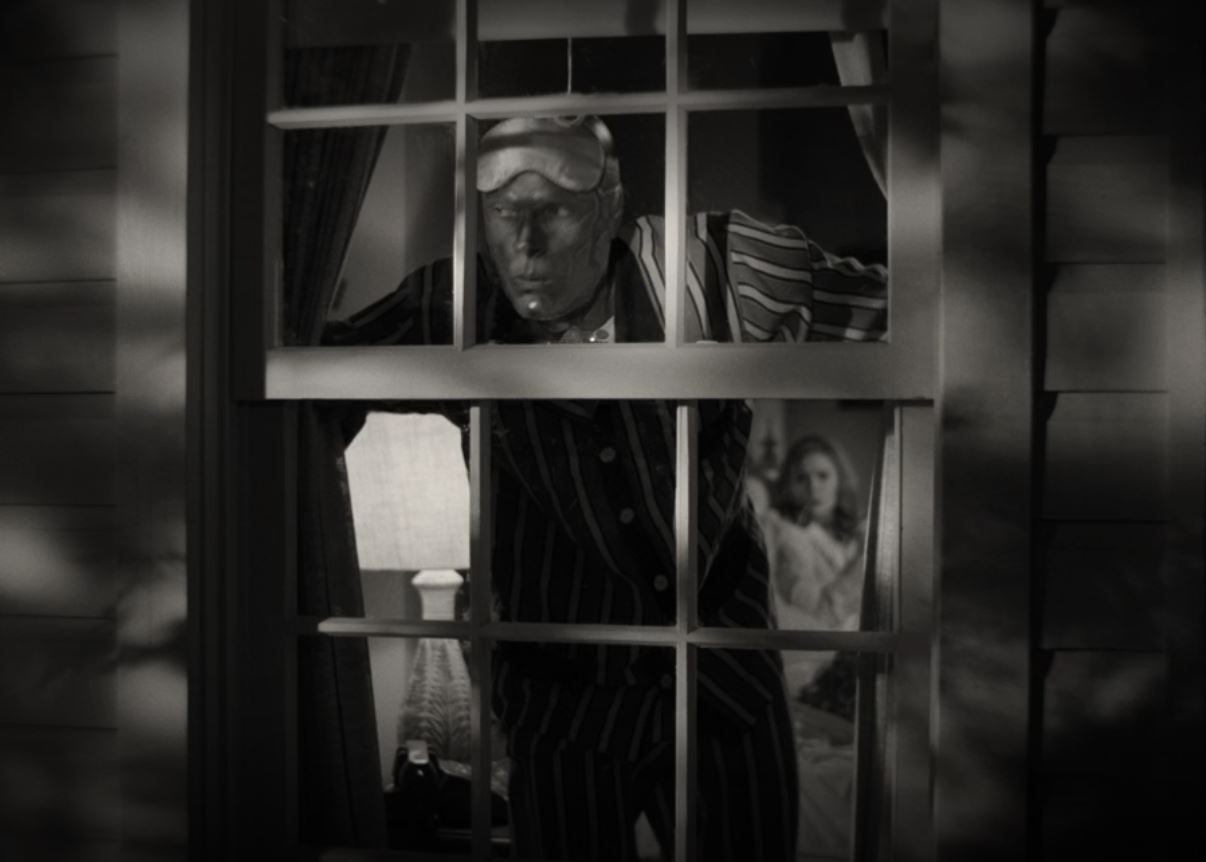 However, after this we get an animated introduction to the show called WandaVision, again leaving the impression that Wanda and Vision are the main characters of this in-universe television show. 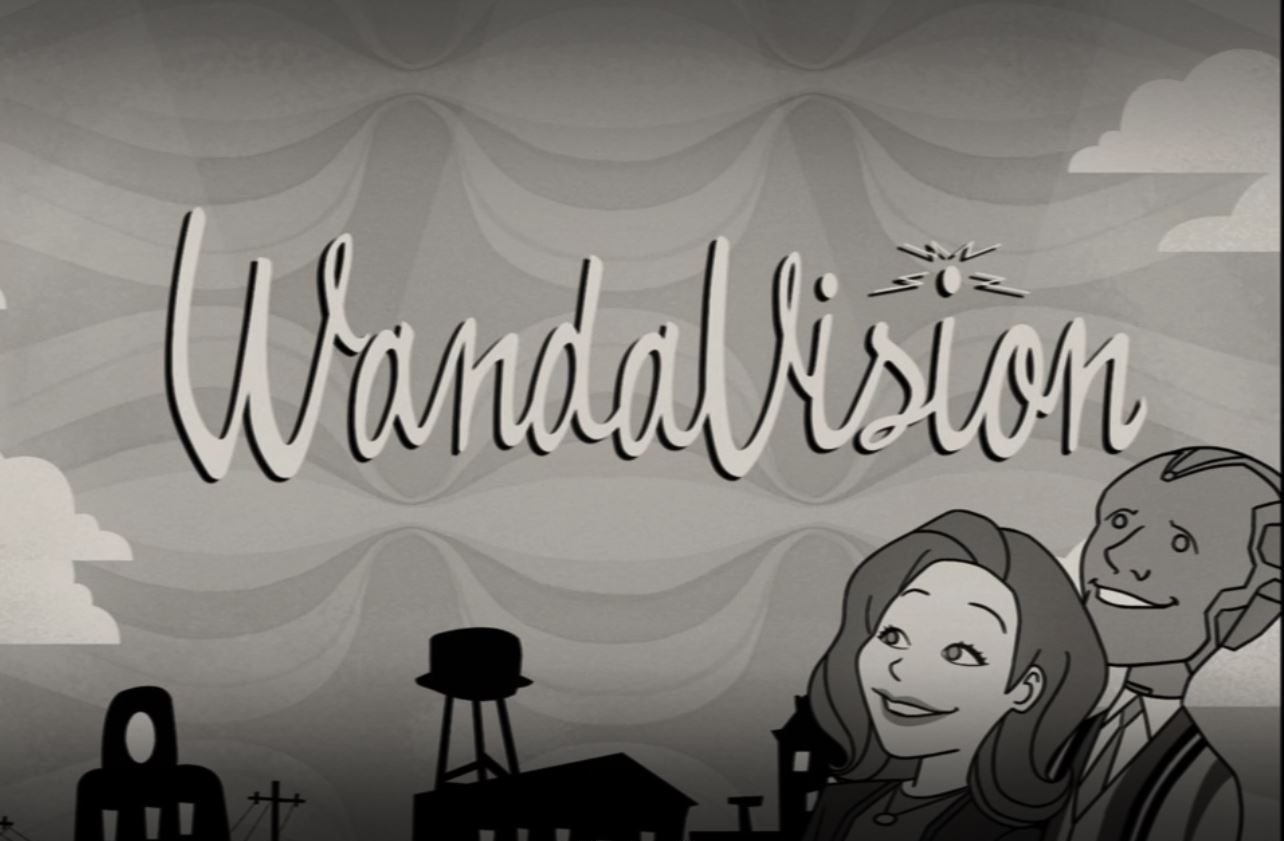 The show continues to maintain this idea they are in a sitcom, albeit there are some hints that not is all as it seems. Wanda finds a painted toy helicopter with the S.W.O.R.D. logo in her yard. 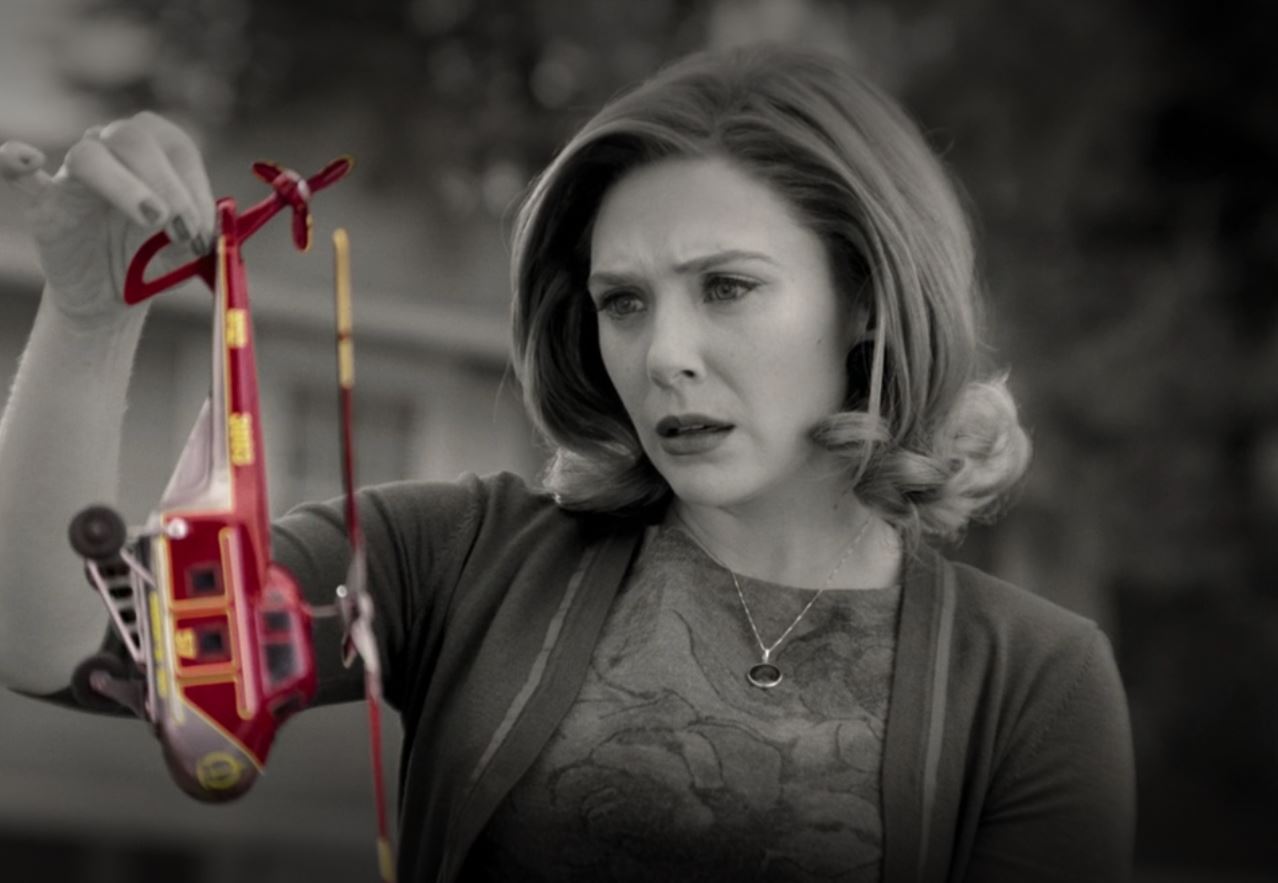 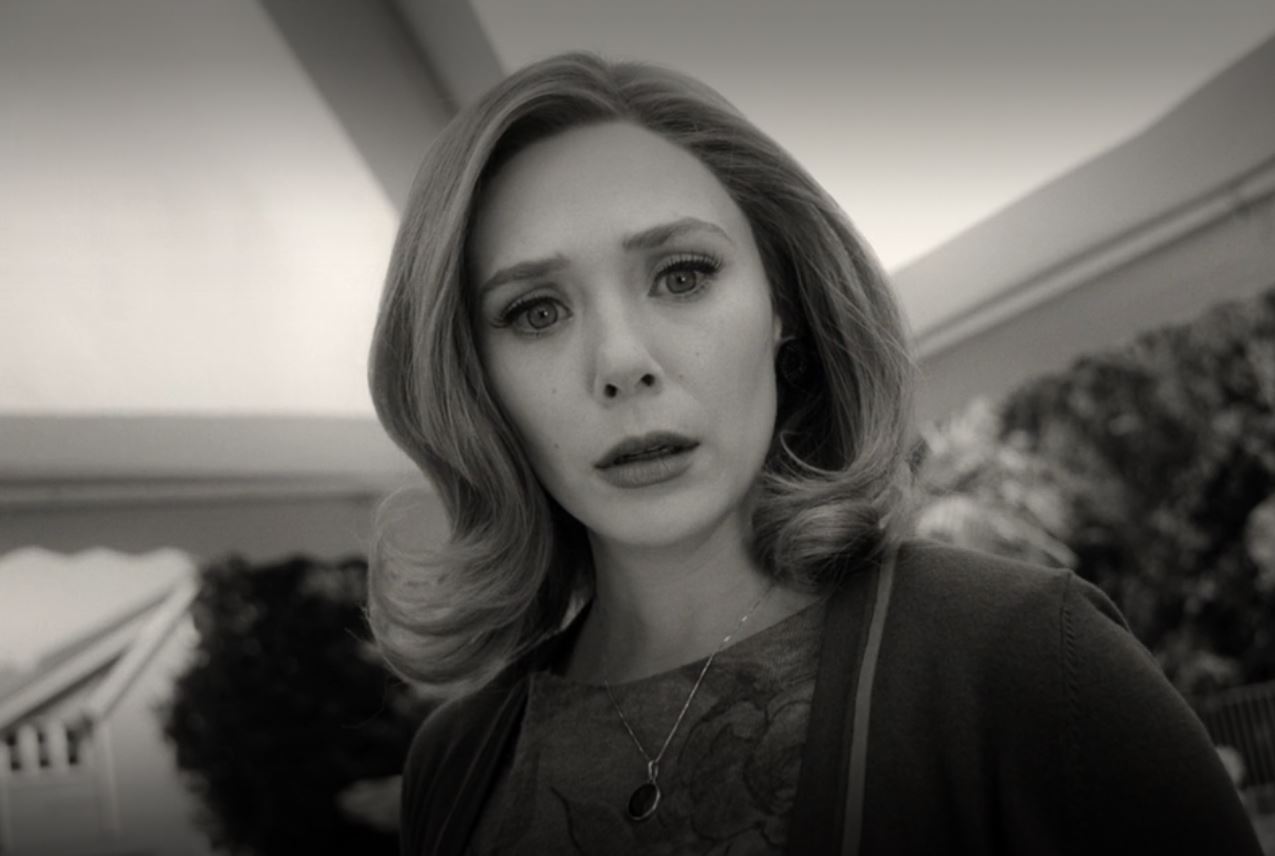 As the show comes to a close, Wanda and Vision encounter a man climbing out of a sewer wearing a bee keeper’s costume with the S.W.O.R.D. logo on his back. 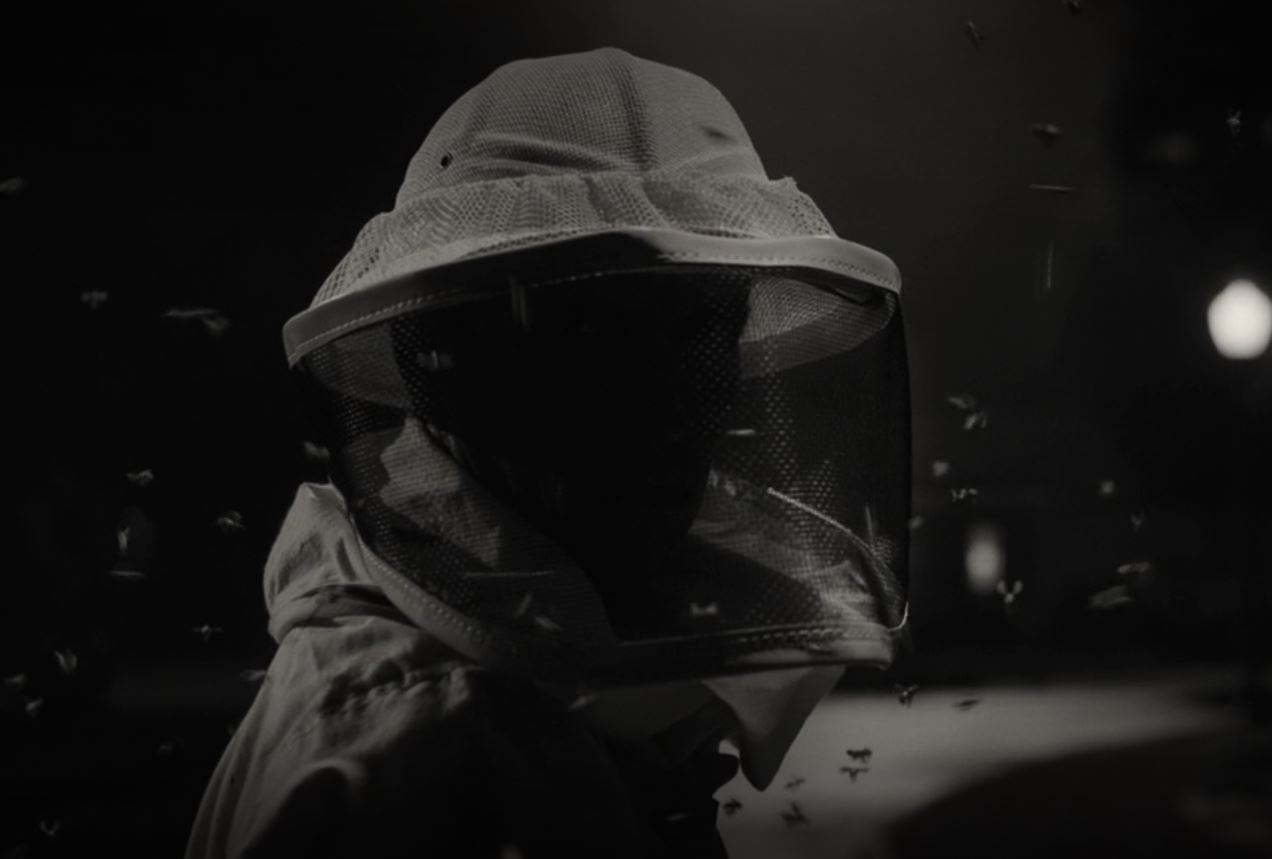 Upon seeing the person, Wanda states, “No.” The show then rewinds to before the couple went outside to confront the beekeeper. Instead of going outside, the show loses its black and white aesthetic and goes to full color with Wanda and Vision embracing in a kiss and Wanda shown as being pregnant. 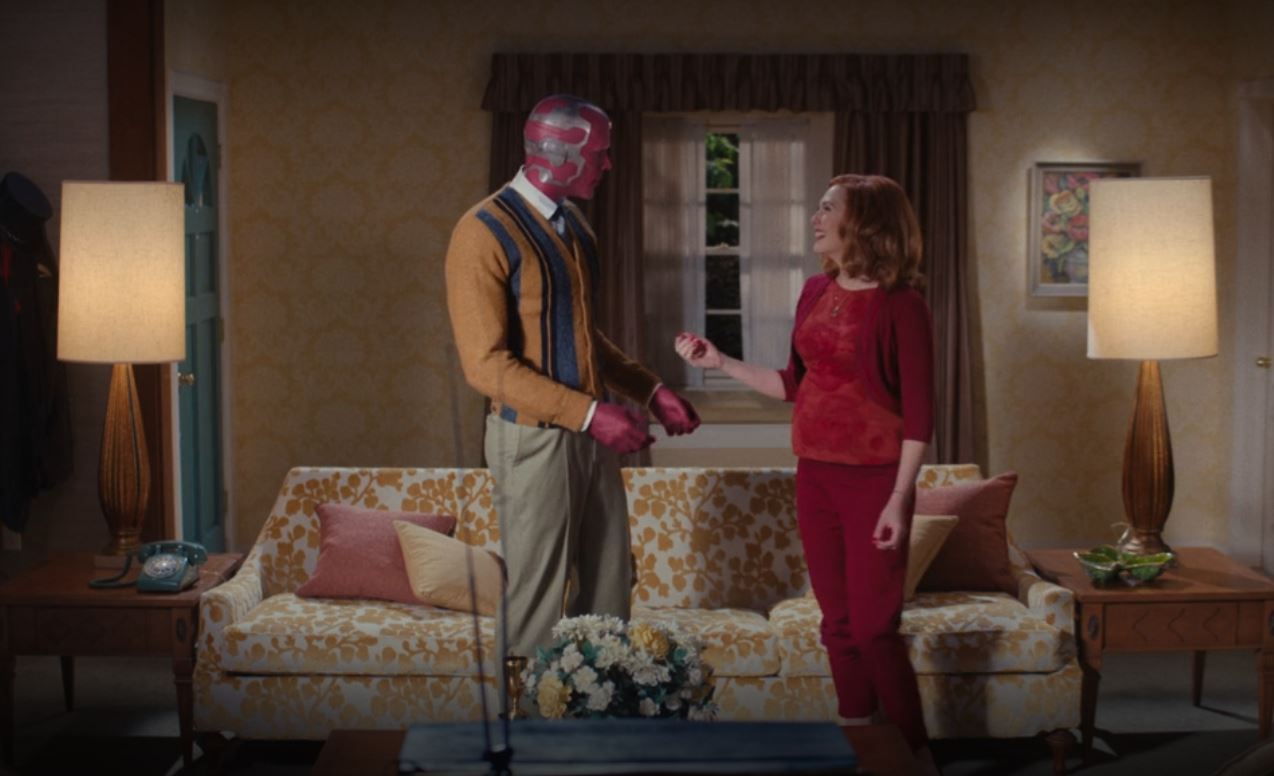 There is no indication as to when the show takes place or really any idea about what is actually happening.

Fortunately, Teyonah Parris, who plays Monica Rambeau in the show as well as Wanda’s neighbor Geraldine, recently confirmed when the show takes place.

Speaking with TV Line she stated, “[WandaVision] picks up right after the events of Endgame, and for Monica, it’s obviously years later from when we saw her as a girl in Captain Marvel.”

She then adds, “We get to find out what’s happening with her over those years that we missed, how she’s grown and evolved.” 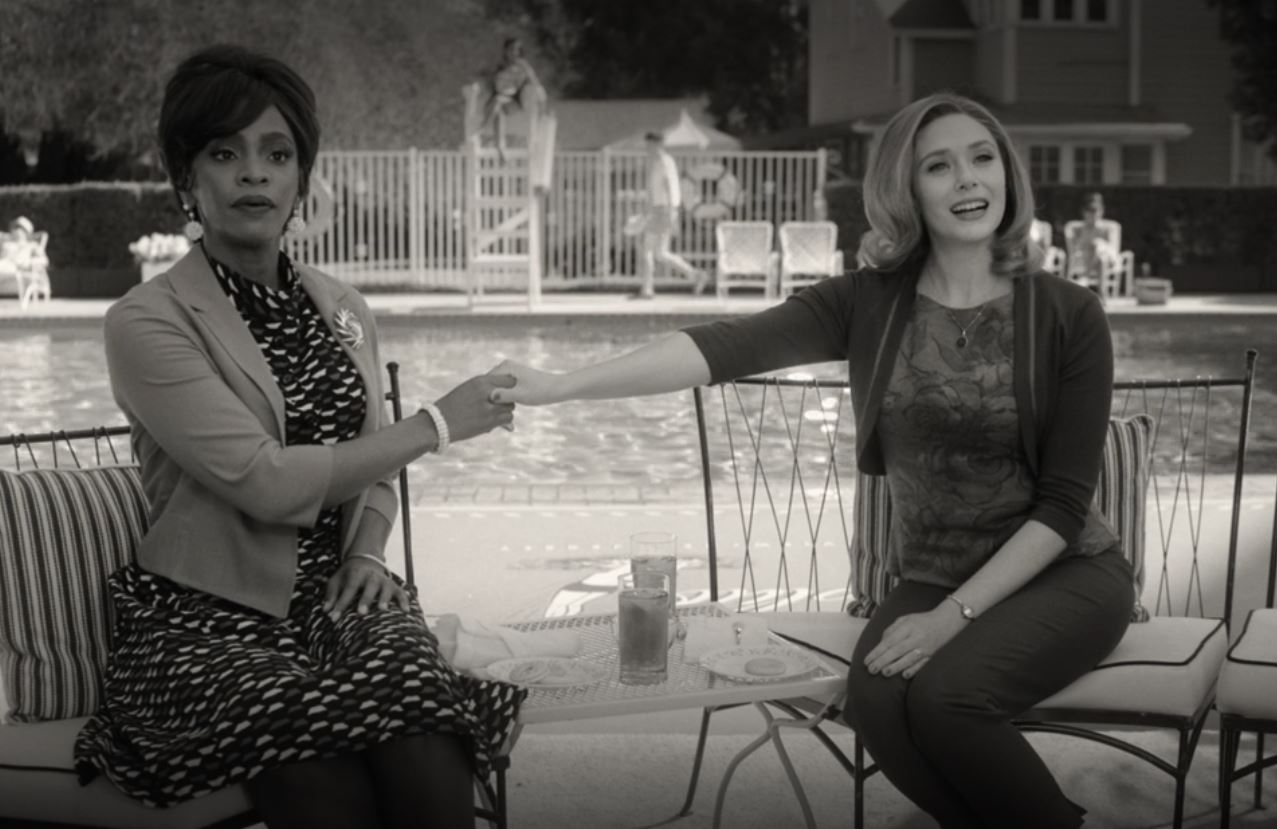 Parris then went on to tease the next episode, “For the ’70s/Brady Bunch episode (premiering Jan. 22), I would say my point of reference was definitely a bit of Thelma and Willona from Good Times. I definitely used a bit of them.”

Interestingly enough she would question whether the show’s sitcom focus fits into the Marvel Cinematic Universe, “Does that even fit into the Marvel world? There were so many elements that were working with each other, or against each other, in a dynamic way.”

Thus the Vision we are seeing in more than likely not the one we saw in Infinity War.

So there’s still a mystery as to what’s going on in WandaVision and I guess we will have to watch the show to figure it all out.

What do you think is going on in WandaVision?