The first issue, which was published by Marvel Comics on Wednesday, follows Jedi Padawan Keeve Tannis and her master Sskeer. 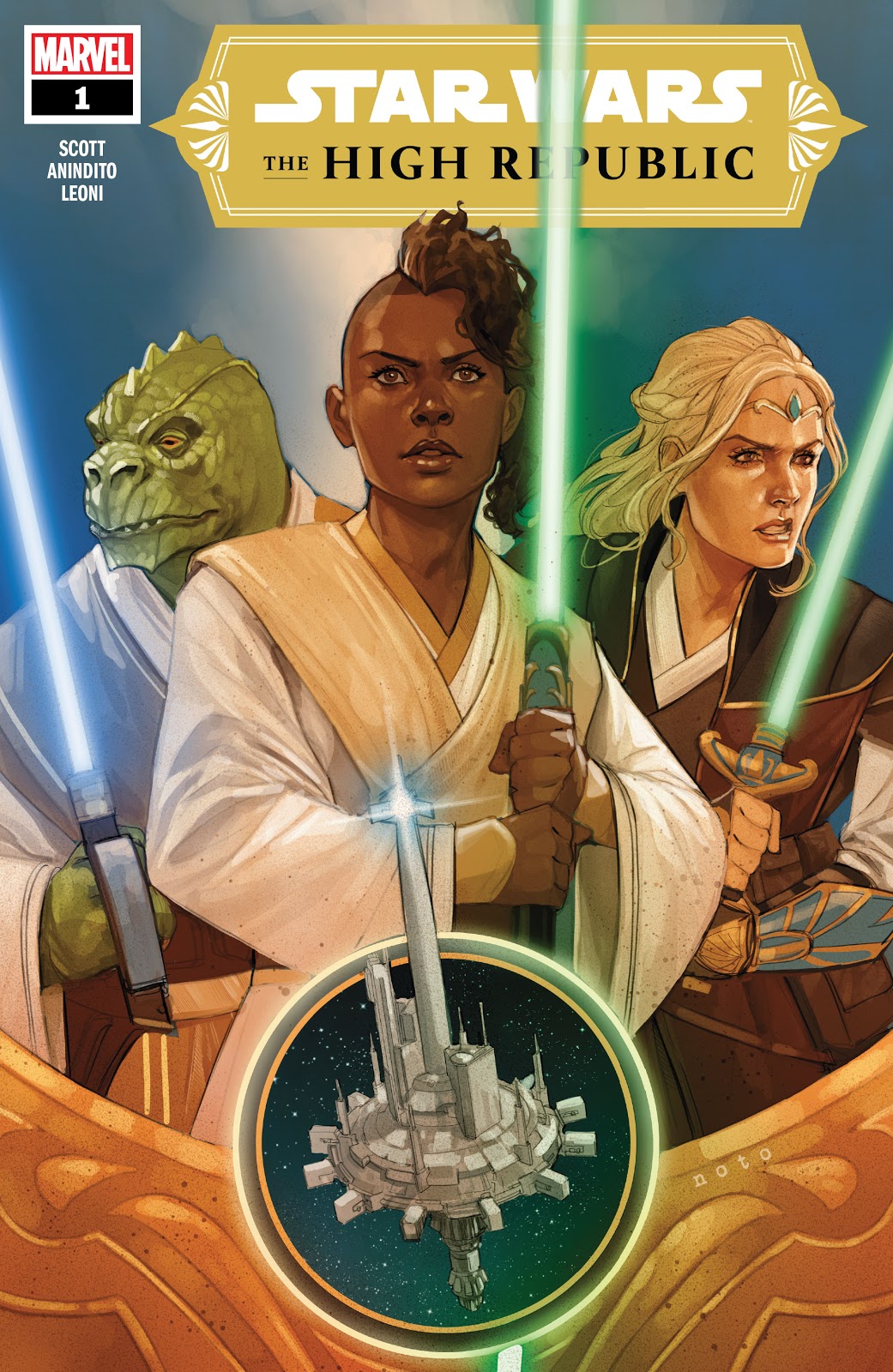 The two Jedi are training on the planet of Shuraden in the Republic Frontier. After a quick skirmish, Sskeer challenges Keeve to climb The Needles and obtain a Tythonian Pendant that he hung at the top of one of the peaks.

Everything appears to be going fine as she nears the top of one of The Needles. However, it begins to crack and fall apart. It eventually breaks and Keeve begins falling down.

In order to stop her fall she uses her lightsaber and pierces it through The Needle. Magically, the lightsaber stops ripping apart the tree and breaks her fall. 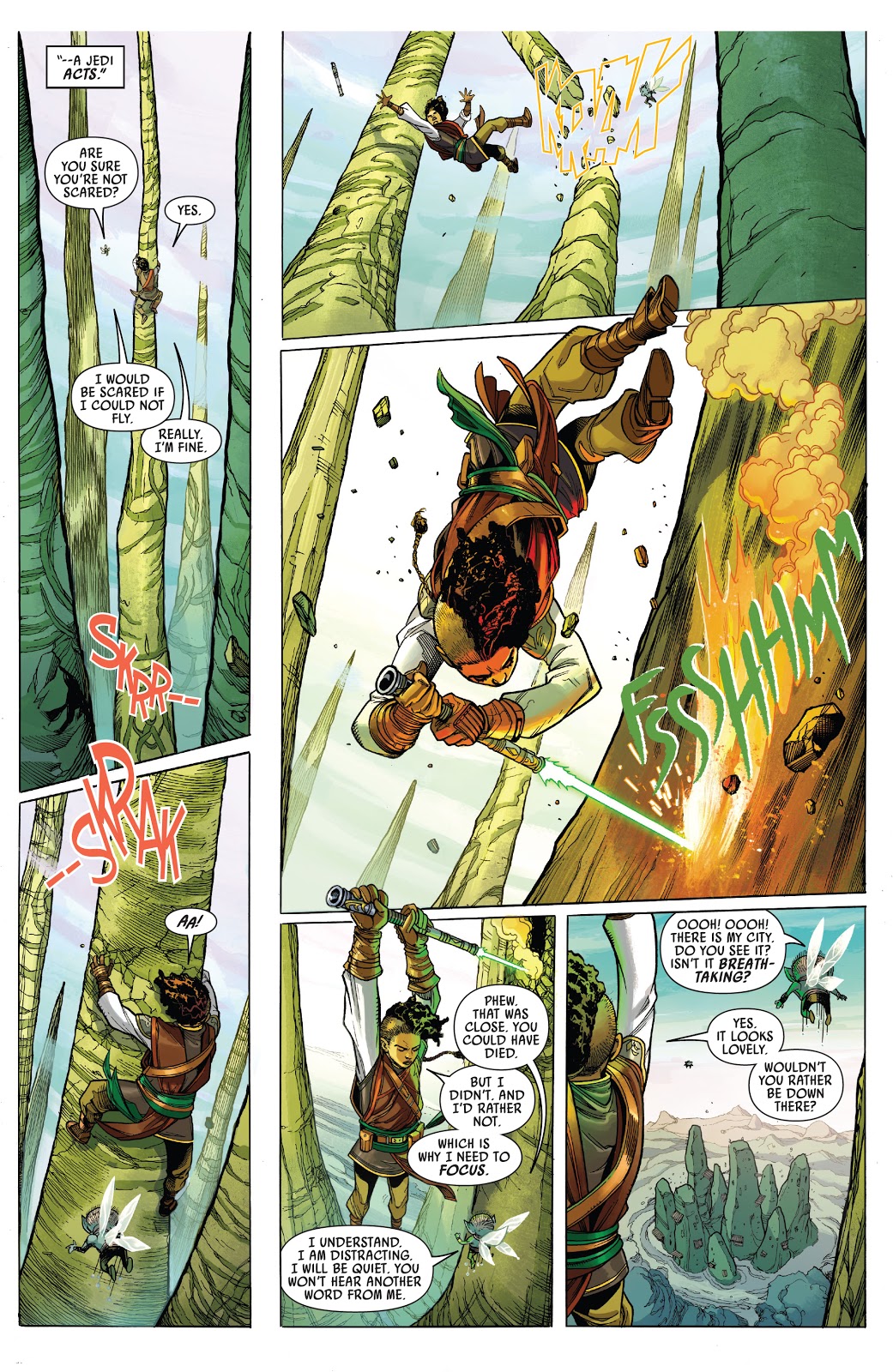 If you know anything about lightsabers, this is a huge continuity and lore error. The lightsaber would continue to rip through the Needle and would not break her fall or become lodged in it as lightsabers practically cut through anything.

They can even cut through blast doors as shown by Qui-Gon Jinn in The Phantom Menace.

Related: Charles Soule Confirms The High Republic Is The Creation Of A New Version Of Star Wars

Now, there are materials that are resistant to lightsabers such as an electrostaff, a Z6 riot control baton, and Mandalorian’ Beskar Steel.

However, this Needle does not appear to be one of the materials that is resistant as we see the lightsaber cutting through the Needle.

What makes this mistake even more egregious is that just a few pages before it is shown, Sskeer’s lightsaber cleaves an entire tree in half, showing the cutting power of the lightsaber. 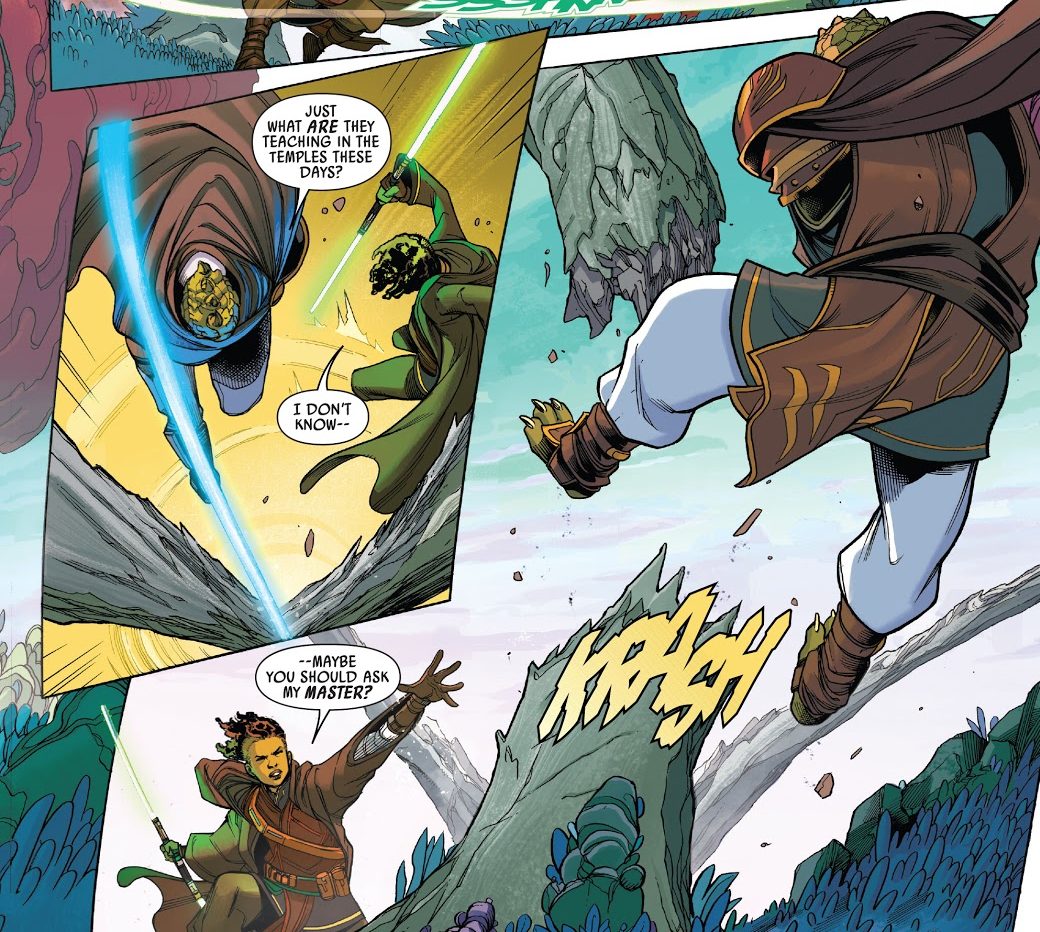 Writer Cavan Scott would own up to the mistake on Twitter.

The author then went on to explain what he would do differently in order to fix the error.

He explained, “If I could go back and do that page again, I’d suggest she grabs the needle of rock once she’s used the saber to slow her.” 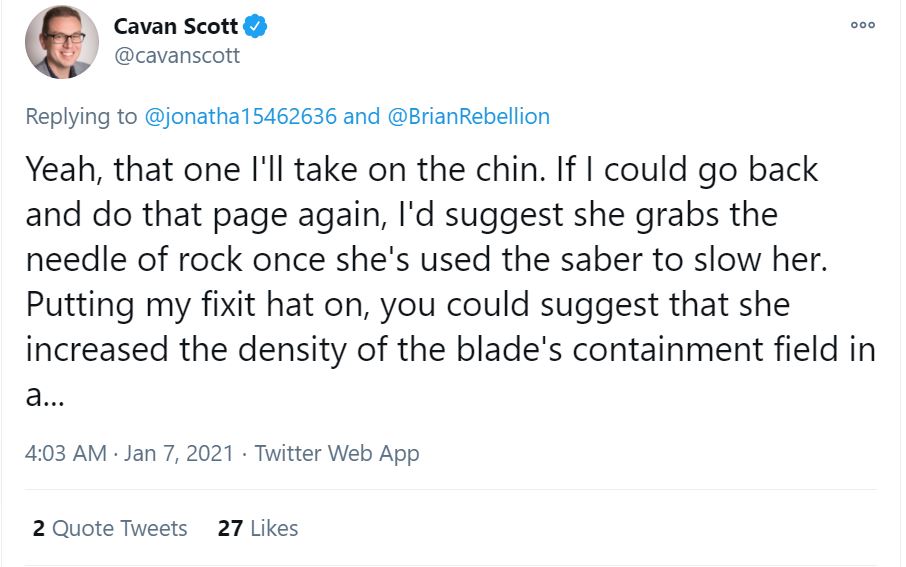 He continued, “Putting my fixit hat on, you could suggest that she increased the density of the blade’s containment field in a similar way to those EU sabers where you could adjust the length off the blade, but I doubt it would take her weight for so long, unless of course she was using the Force.”

“Anyway, thanks for getting in touch. Hope you enjoyed the rest of the issue,” he concluded. 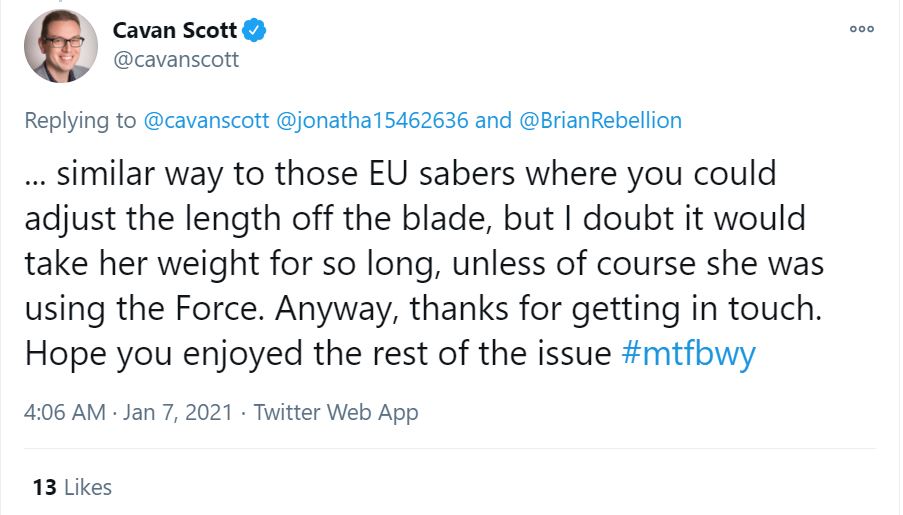 In a separate tweet Scott would write, “Yeah, sometimes these things get past you when you’re working on them.”

Apparently, not only did it get by Scott, but it also got past the editorial team at Marvel Comics that includes Assistant Editor Tom Groneman, Editor Mark Paniccia, and Editor in Chief C.B. Cebulski. 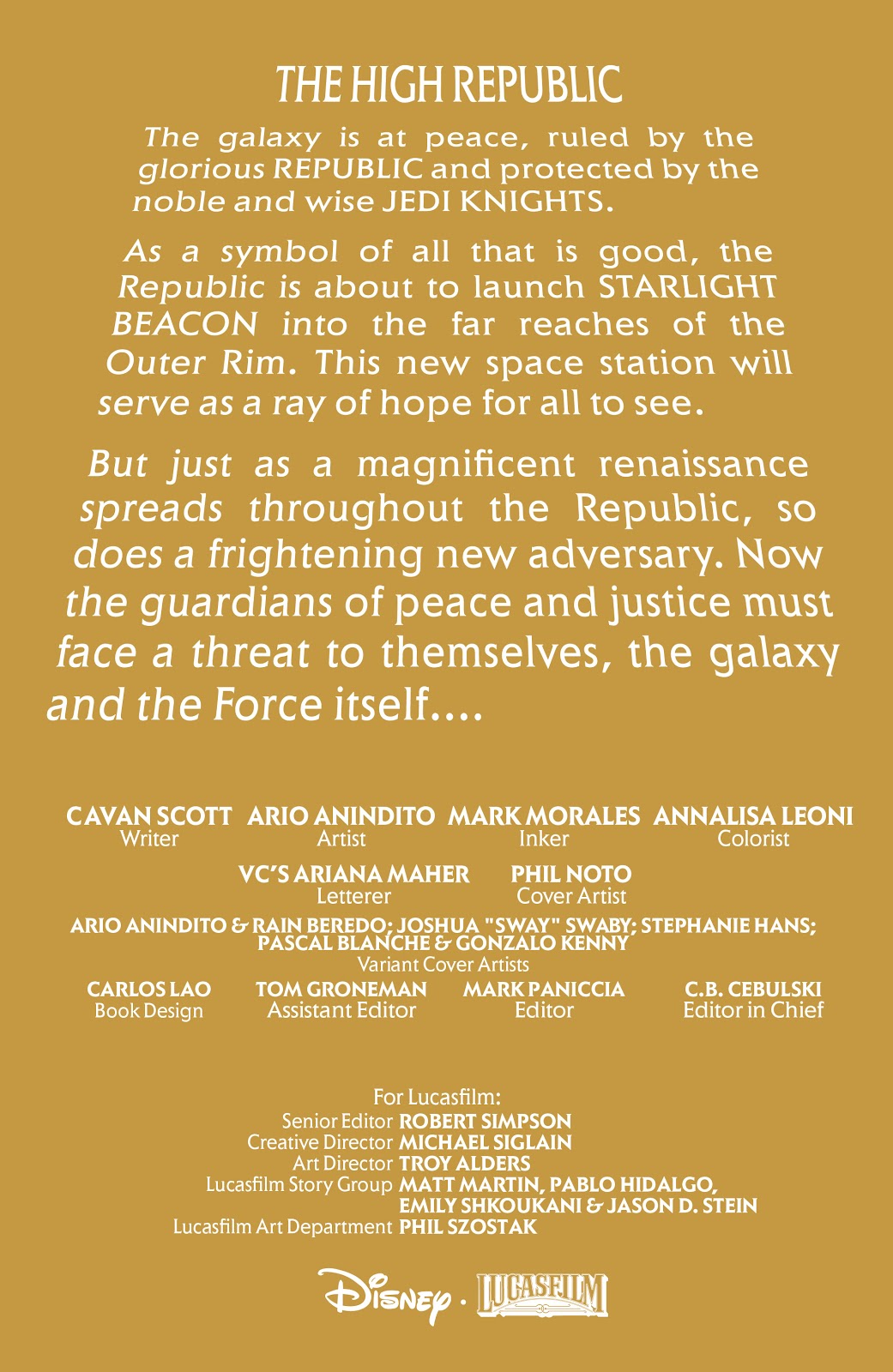 One has to wonder what they are getting paid for if they didn’t catch this glaring lightsaber error. 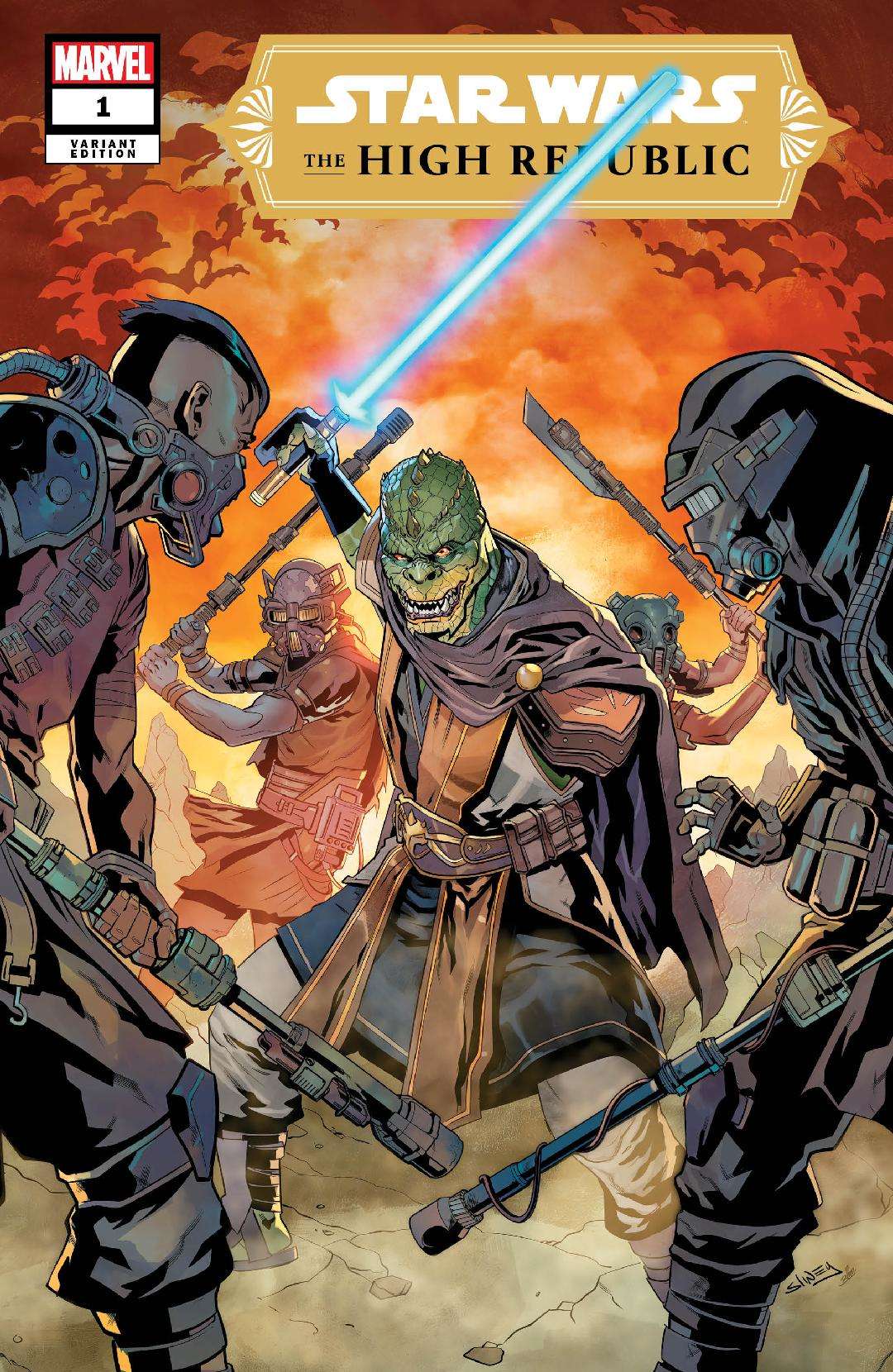 Scott himself said he’d been working on the publishing initiative since 2018 when it was going by All-Star Initiative.

In a blog post from April 2019, Scott wrote, “Project Luminous is the codeword for the top-secret Lucasfilm initiative I’ve been part of since last summer, cooking up something big for Star Wars.”

He went on to reveal he was recruited into the project by Lucasfilm Publishing’s Creative Director Michael Siglain during San Diego Comic-Con 2018, “It all started when I was invited to take part in what was then being called the ‘All-Star Initiative’ by Lucasfilm Publishing’s Creative Director, Michael Siglain. Mike dropped the bombshell over breakfast at San Diego Comic Con and swore me to secrecy.”

He later added, “A few months later, in September 2018, the five of us were whisked off to the legendary Skywalker Ranch in California to join the Lucasfilm editorial team and Story Group to start work on Mike’s vision for a massive Star Wars event.” 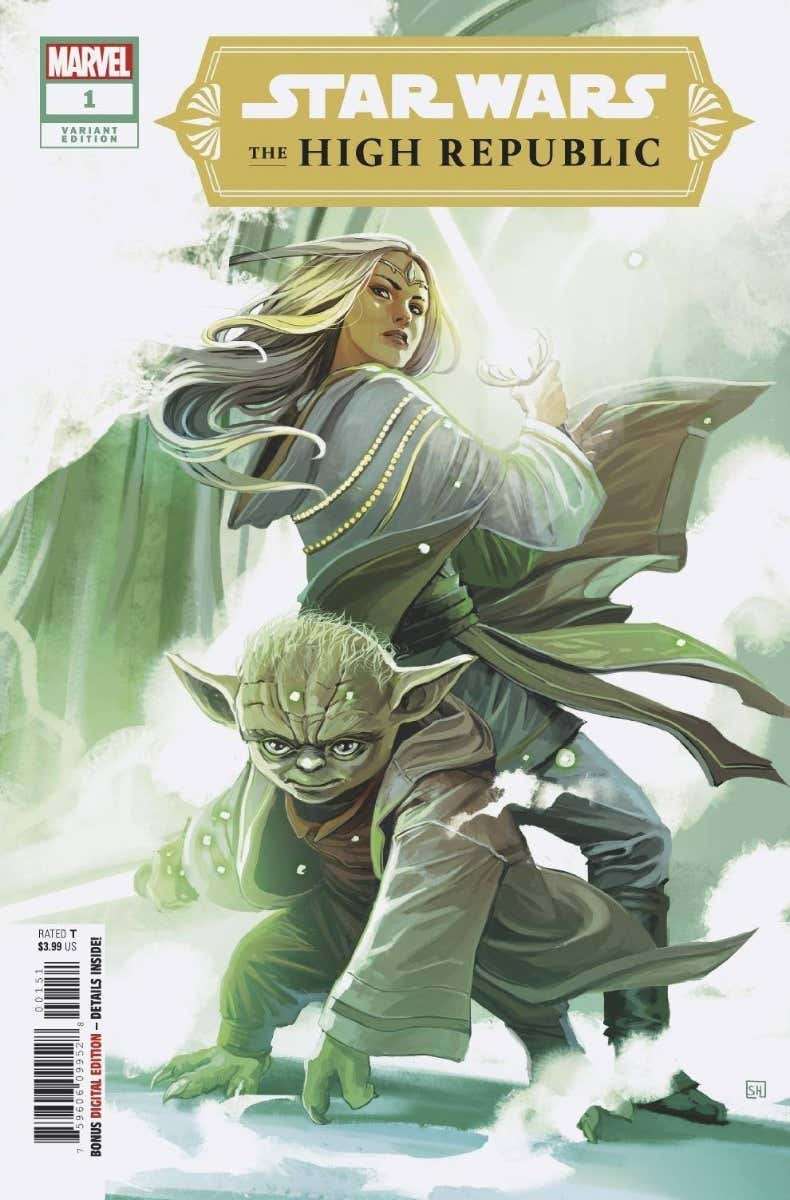 This comic book, with its major misuse of a lightsaber had been in the works for almost three years and no one in that time was able to catch it so it could be changed. It was the actual readers and Star Wars fans who spotted the error. Let that sink in.

This is just another example that the people at Lucasfilm don’t really care about Star Wars.