Older posted to TikTok and then subsequently to Twitter a video introducing people to Taka Jamoreesa as well as explaining why he decided to create the character.

The explanation was prompted by a question from user violentfemme22. They asked, “Could you talk about coming up with Taka for Last Shot? You wrote them so well and good non-binary rep is hard to come by.” 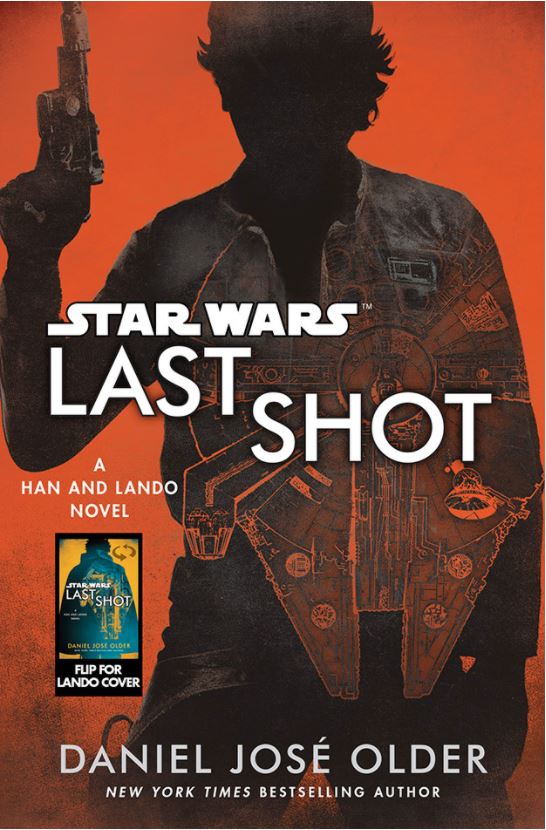 “Things that were important to me when writing this character and keep in mind there is no one right way to write people of a certain demographic. This was my particular take for this character, Taka Jamoreesa,” he continued.

“I wanted them to be able to say their own pronouns and not have other people gender them and decide their gender from the outside. I wanted them to be clearly a human and not an alien ’cause in this particular case that was important,” he said.

He concluded, “And I wanted to show canonically Han and Lando respecting the they/them pronouns without missing a beat because they’re heroes. And real heroes respect people’s pronouns.”

TAKA JAMOREESA THEY NEED NO INTRODUCTION but here’s one anyway plus some thoughts on writing this particular non-binary character #StarWars [2] https://t.co/VukCkYa7ET [3] pic.twitter.com/qJabGcYE1A [4]

This explanation of Jamoreesa comes months after Older promised he would be introducing new non-binary characters into Star Wars.

Back in March 2020 he wrote on Twitter, “Let me say this to international publishers: Taka Jamoreesa was not the first and I can promise you they will not be the last gender nonbinary Star Wars character.”

He added, “So you would do well to figure out how to handle that correctly for translations.” 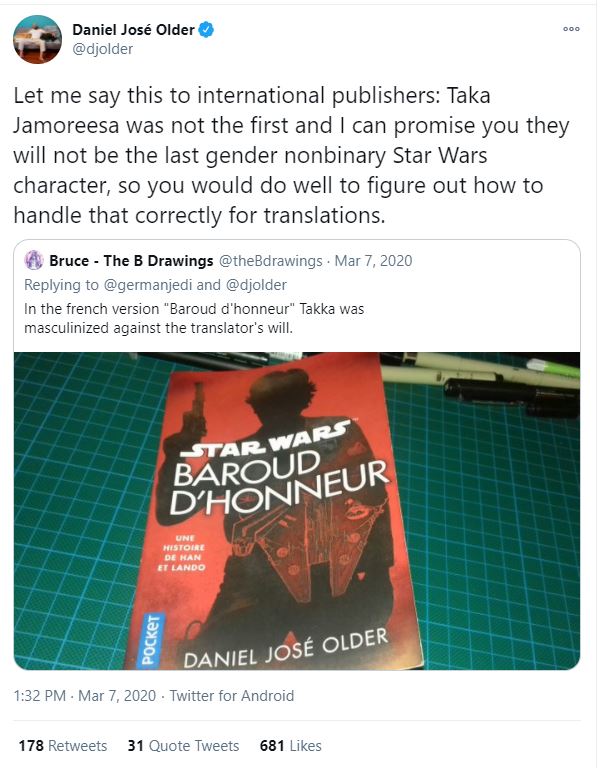 What do you make of Older’s explanation on why he created a non-binary character?