Shonen Jump Shueisha has issued DMCA strikes against social media users who have shared images from series such as Dragon Ball or One Piece.

A number of anime fans have reported that social media posts containing content related to Shueisha’s various anime series, such as Dragon Ball and One Piece, have begun to receive copyright strikes directly from the Shonen Jump publisher itself. 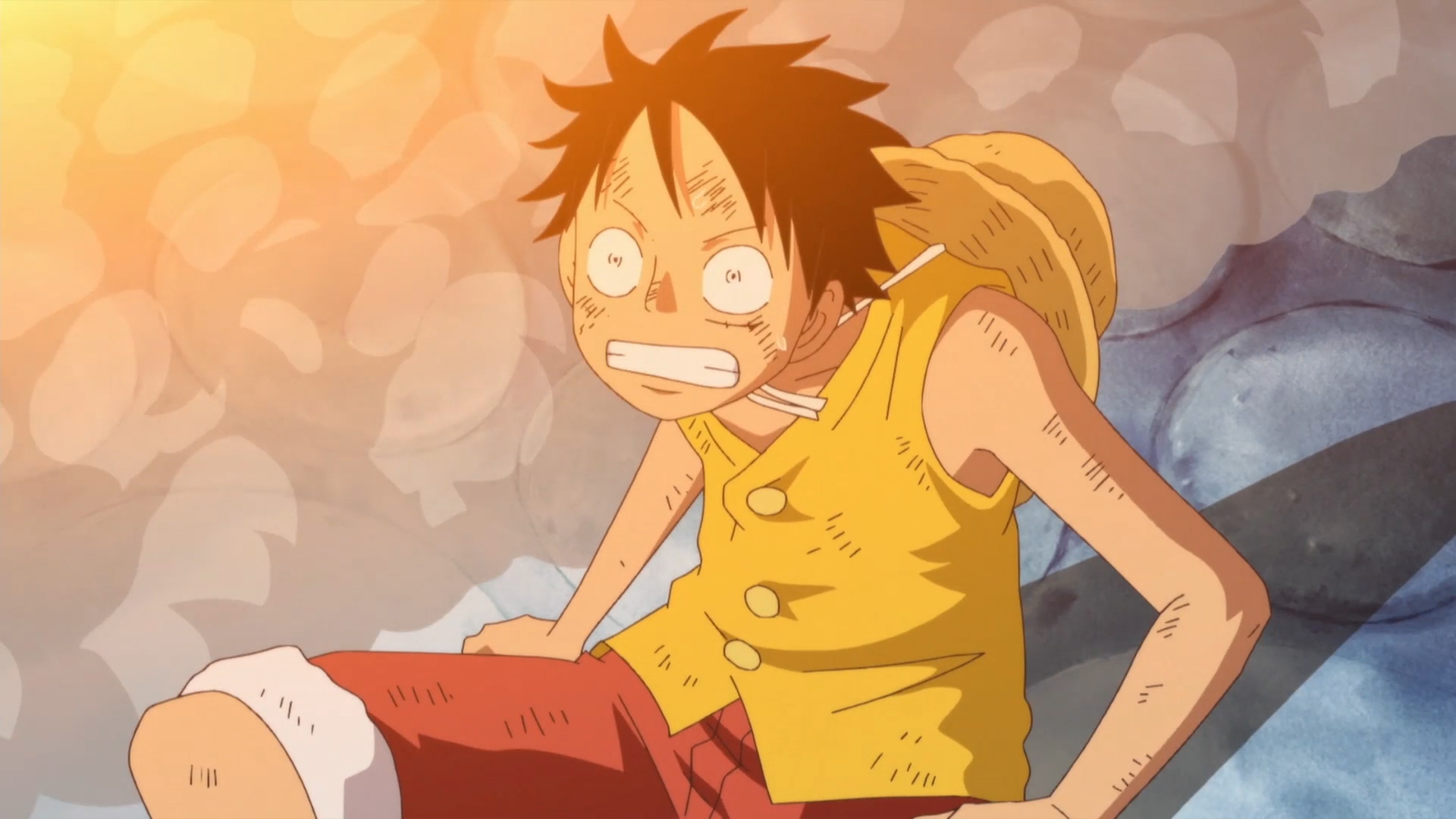 One Piece fansite The Library of Ohara administrator Arthur, one of many social media users who recently announced that they had received strikes from the publisher, stated, “Someone at Shueisha has decided to copyright strike and threaten a massive amount of Twitter accounts for just sharing images related to One Piece as a franchise.”

“They even copyright striked my own profile picture,” he added. “Are we joking??”

A majority of the strikes have been issued against non-commercial uses of Shueisha’s properties in various avatars, profile banners, and commentary videos, as episode screencaps, clips, and animated gifs appear to be among the content specifically targeted for striking by the company’s latest actions. 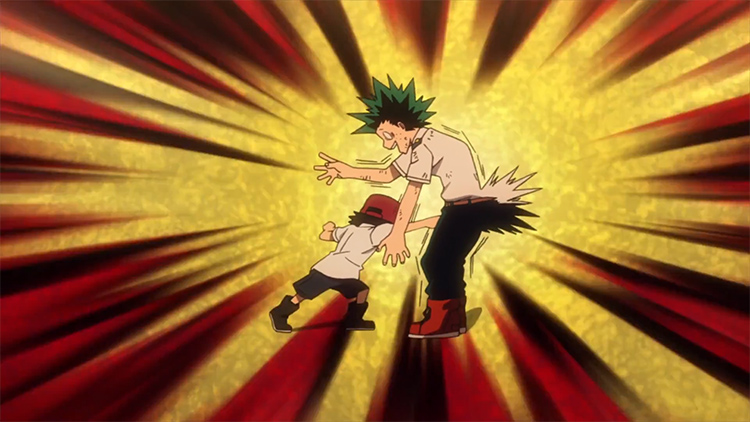 Alongside his bewilderment, Arthur also shared an email he claimed to have received from Shueisha, in which “an agent authorized to act on behalf of Shueisha” accused a number of users of engaging in “unauthorized use and reproduction of original manga works.”

“I have good faith belief that the items or materials listed below are not authorized by the above owners, the agents or the law and therefore infringe the owner’s rights,” read the email. 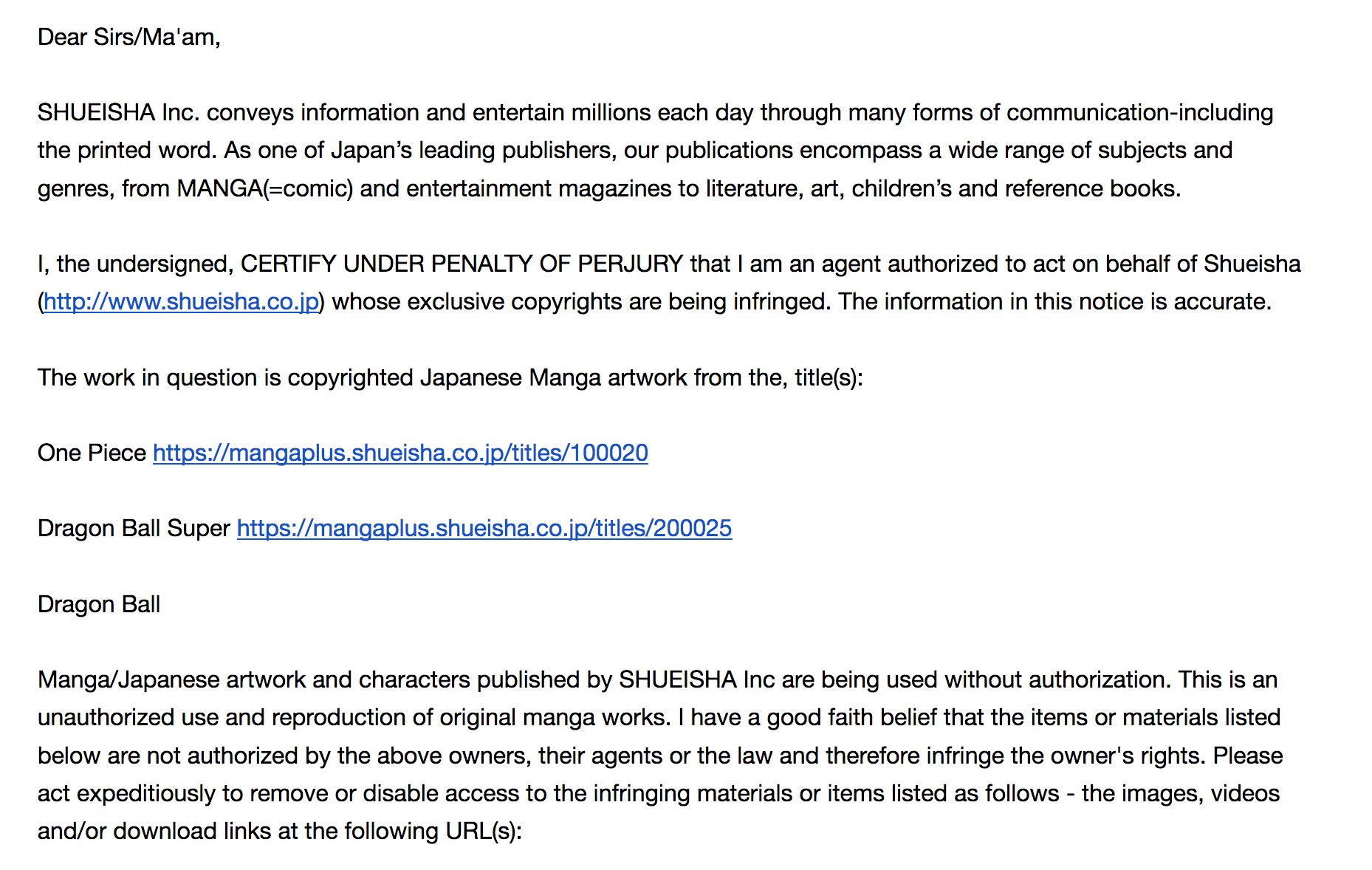 The issuance of these strikes was so wanton that even @fenyo_n, an official Shueisha artist who regularly provides official illustrations related to Dragon Ball and posts the occasional piece of fan art related to the series on his account, found himself locked out of his Twitter for an apparent violation of the publisher’s policies.

“My twitter account was locked once,” the artist wrote. “I went back because I checked the copyright policy. I don’t know when it will be erased.”

He added that if his account were “erased, it will not be revived.”

As of writing, the reasoning behind the content crackdown is currently unknown, as Shueisha has not yet issued a public statement concerning its effects.

However, some have speculated that these takedowns were issued in accordance with Japan’s recently revised anti-piracy laws, which were updated in June 2020 to specifically target pirated print material such as manga, magazines, and academic texts. 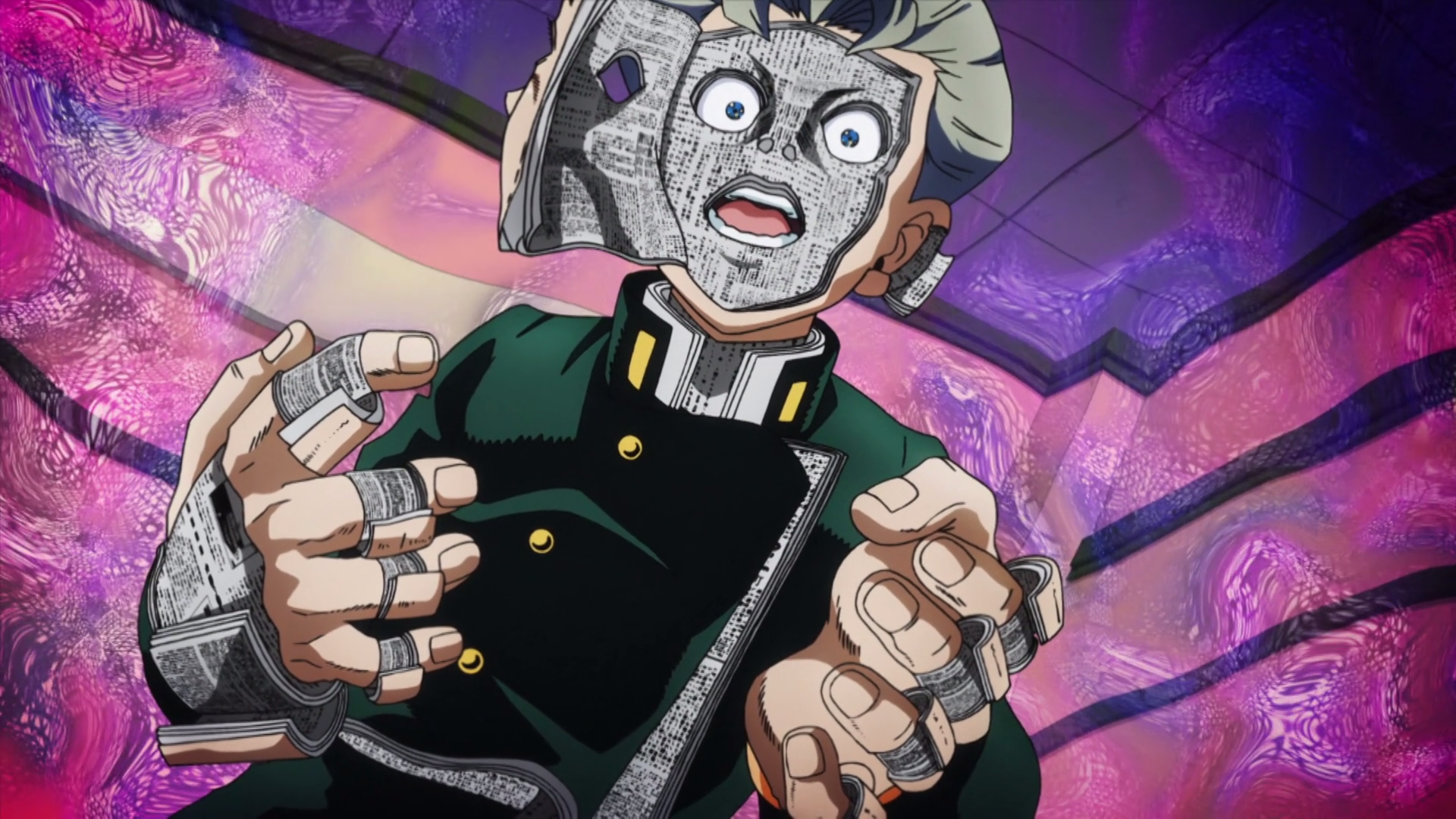 What do you make of these strikes? Let us know your thoughts on social media or in the comments down below!