If you ask Roman Reigns, the WWE Performance Center (PC) shows were trash. And, a photo of Matt Hardy from a recent in a car accident.

Roman Reigns worked out of the Performance Center (PC) as WWE tried to counter COVID, but he called the shows trash. Also, Matt Hardy was in a car accident.

Last year, we were barely removed from Elimination Chamber and WWE was facing an obstacle. Well, not only WWE but the world.

COVID was spreading outside of Asia at a rapid rate and positive test results were popping up everywhere. With few options, WWE relied on their Performance Center to host their weekly TV shows.

The hope was the stay would not last long or play a role in WrestleMania 36. Instead, WrestleMania 36 and many other events took place there as the virus continued to spread.

Missing from most of this was Roman Reigns. The current Universal Champion opted out of working because of concerns about his past battles with leukemia.

Problems With The Building 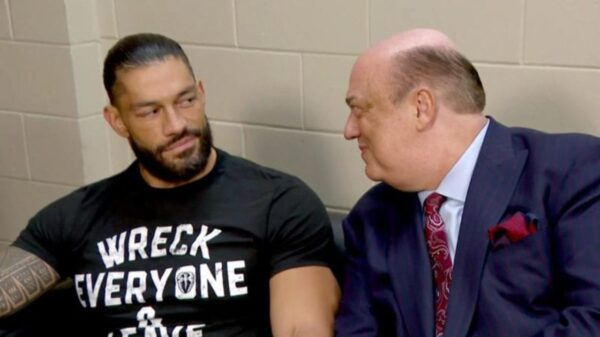 While speaking to Fox Sports, Roman Reigns was blunt when describing his negative reaction to the building.

“Yeah, I watched a couple of the shows,” said Reigns. “I did not follow it thoroughly.”

“I tried to use as much of the time to be with my family and just really focus in and be present here at home, but on a few of the shows that I saw, I was just like, ‘Man, this is trash.’”

“Like, you know what I mean? That’s from me; from the very top thinking this because I always want to be way better than everybody else.”

“This is no disrespect to what they were doing. They were busting their ass working really hard.”

It was a rough time for everyone, including WWE and Reigns. With Reigns out of the picture, WWE scrambled for months until his shocking SummerSlam return.

Now, you can catch Reigns on SmackDown each week. Currently, WWE is running the ThunderDome concept out of various places in Florida.

#KevinOwens Was Brutally
Attacked By #RomanReigns
After Owens Defeated Uso In
The Main Event of #SmackDown.
Reigns Sent Owens Crashing
Through A Table On The Top
of The ThunderDome Set
In The Virtual Fan Area. pic.twitter.com/Uo8NUbw9yC

Basically, WWE has allowed fans to attend their shows in a virtual and live sense. There have been some problems, but it is better than the Performance Center. 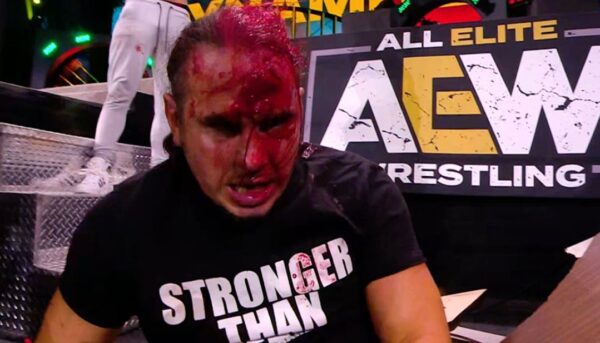 On Saturday, Matt Hardy was in a car crash. As seen in the photo below, the back of the car took most of damage.

He indicated in his tweet that the accident was caused by someone rubbernecking at another wreck. While stopped in traffic, Matt claims he was hit from behind by a truck that was going around 30 mph.

It seems like Matt is not at fault, but that will be up to the state to decide. Considering all the bad luck Matt has dealt with in AEW and therefore this is a small bump in the road.

Lately, he switched to the “Big Money Matt” gimmick and has been managing Private Party. They appeared on Impact Wrestling and earned a tag title shot thanks to the AEW-Impact partnership.