Does Atelier Ryza 2: Lost Legends & the Secret Fairy have the right alchemical ingredients, or is it a waste of magical potential?

With over twenty titles produced across three decades and numerous console generations, it’s safe to say that GUST’s Atelier series has been a long-time staple of the Japanese video game scene.

Conversely, it wasn’t until the release of 2019’s Atelier Ryza: Ever Darkness & the Secret Hideout that the series found a significant foothold among Western audiences, as players found themselves highly engaged with the then-newly introduced alchemy-centric gameplay and, unsurprisingly, the optimistic heroism of protagonist Reisalin “Ryza” Stout.

Thankfully, the Atelier Ryza recipe has only improved with time, as Atelier Ryza 2: Lost Legends & the Secret Fairy offers players a sequel that builds upon its predecessor’s successes, rather than simply growing stagnant and uninspired.

Related: Atelier Ryza 2 Developer Does Not See Overseas Censorship “As Something Necessarily Bad”

Picking up three years after Ryza and her friends saved Kurken Island from a watery grave and pushed back a Philsuchan invasion, Atelier Ryza 2: Lost Legends & the Secret Fairy opens on Ryza travelling to the capital city of Ashra-am Baird following an invitation from her friend Tao Mongarten, himself now a respectable scholar in Roteswasser Kingdom’s most important metropolis.

Upon her arrival, Ryza not only reunites with her friends from the last game, but also learns from Tao of a mysterious set of ruins that litter the countryside outside of Ashra-am Baird. Intrigued at the prospect of a new adventure, and seeking answers to the mystery of the Rainbow Jewel bestowed upon her by prominent Kurken Island politician Moritz Brunnen, Ryza joins Tao and his assistant Patricia in exploring the decrepit remains of civilizations long past, embarking on a journey filled with colossal beasts, architectural exploration, and a fashion-challenged cowboy named Clifford. 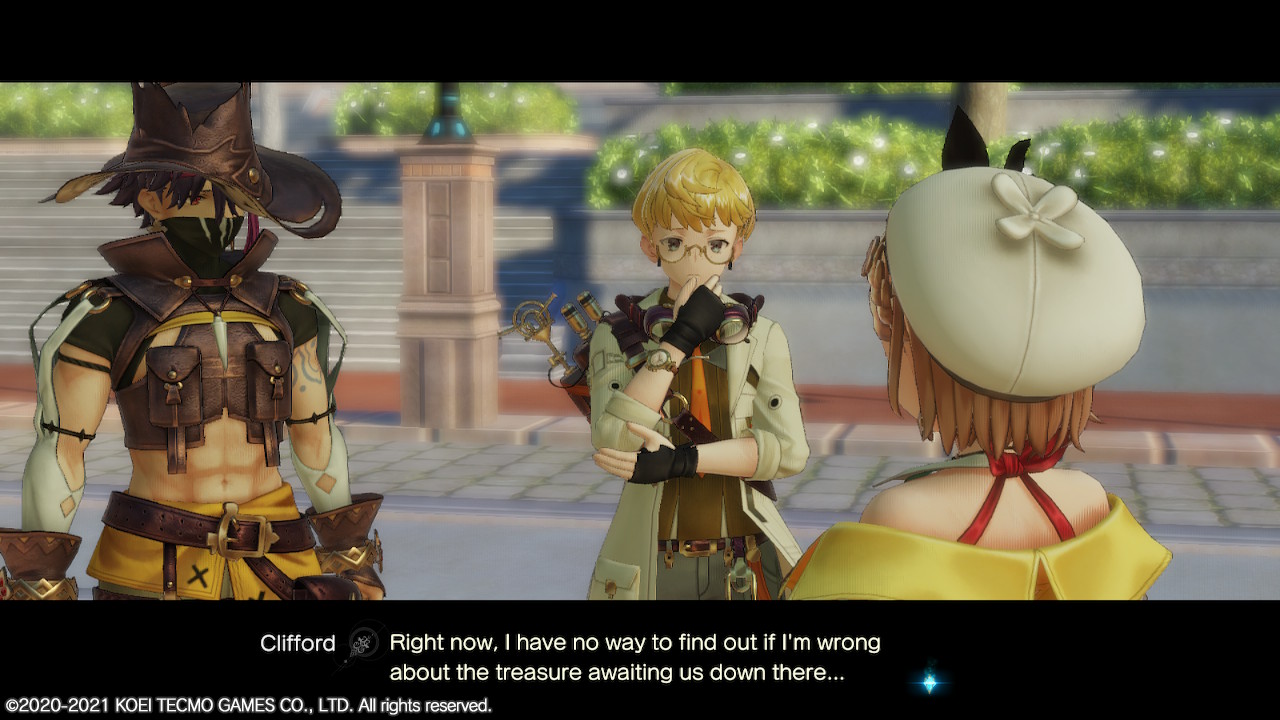 This exploration in turn provides the basis for one-half of the game’s core gameplay loop. Upon entering a respective set of ruins Ryza and her friends are presented with a series of challenges, usually involving gathering a certain item or defeating a certain enemy, that when beaten unlock a number of Memory Vestiges, Ruin Crystals, and Ruin Fragments throughout the dungeon.

Once collected, Ryza can then assemble the memories within her journal, flesh out the stories that transpired within a respective ruin and discover further clues related to the history of the Roteswasser Kingdom.

Of course, this dungeon exploration also entails numerous monster encounters, which see Ryza and her friends engaging in a slightly modified version of a traditional turn-based RPG battle system.

While battles typically consist of waiting for your character’s ready meter to fill and then selecting a target and an attack, Atelier Ryza 2 also allows players to both chain together party members’ special attacks and control any of the available party members.

The attack chaining is an interesting gameplay mechanic, one which goes a long way in keeping players engaged throughout the game, as new attacks and party members offer new combinations and strategies that spice up an otherwise simple battle system. 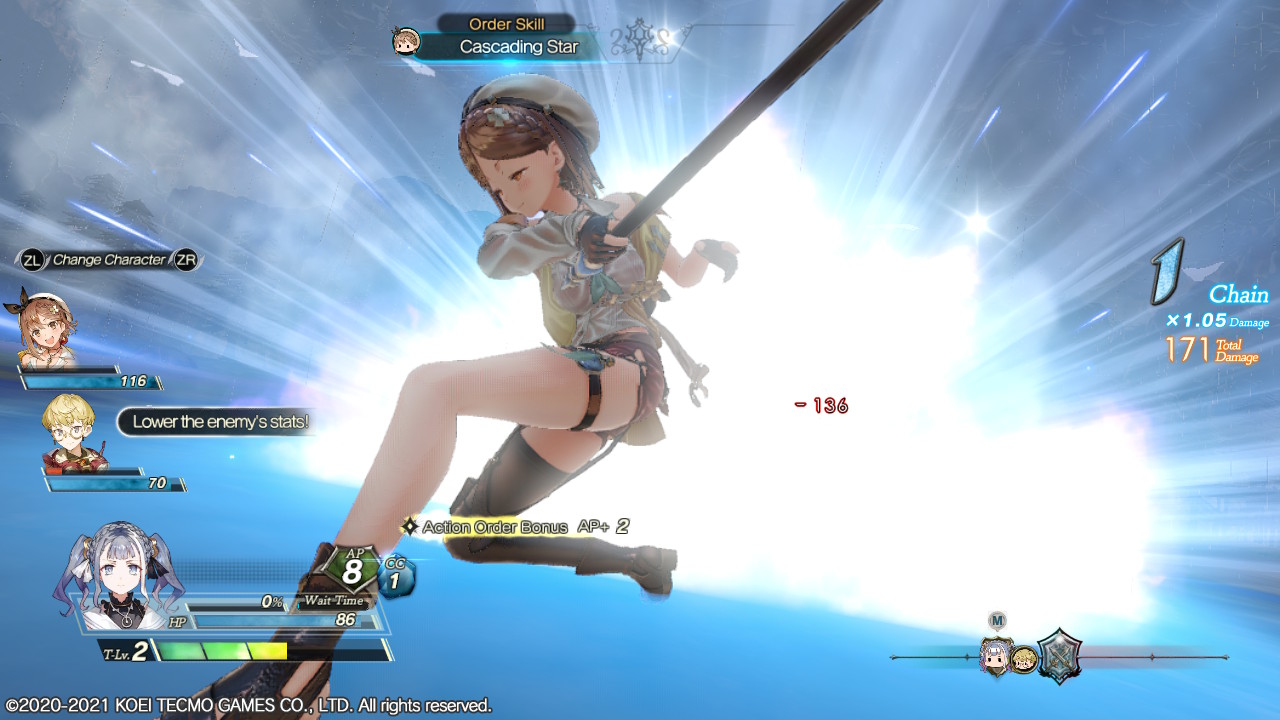 The other half is composed of the series’ signature alchemy, wherein players gather various ingredients from across the kingdom, ranging from plants, to animal parts, to gem stones, and use them in the creation of different, more useful items.

This system is unsurprisingly similar to the first game’s, but boasts a number of new additions that improve its execution, such as materials now replenishing instantly upon returning to an area (rather than after a set period of time) and a (slightly) more intuitive alchemy map.

Admittedly, the learning curve for the game’s alchemy system is steep, as at the game’s opening, players will encounter more tutorials and instructions than they’ll likely be able to remember off the top of their head (which, thank goodness, Atelier Ryza 2 solves by providing an extensive in-game glossary and guide).

Yet, if one can push past this initial wave of information, they’re sure to find themselves obsessed with perfecting each and every recipe, spending hours tinkering with each possible combination of ingredients in order to produce the best available result.

Of course, for those less obsessively inclined as myself, the game thankfully provides a ‘High Quality’ option, which when selected, gives the game permission to automatically select the ‘best’ possible combination of ingredients for a given recipe. 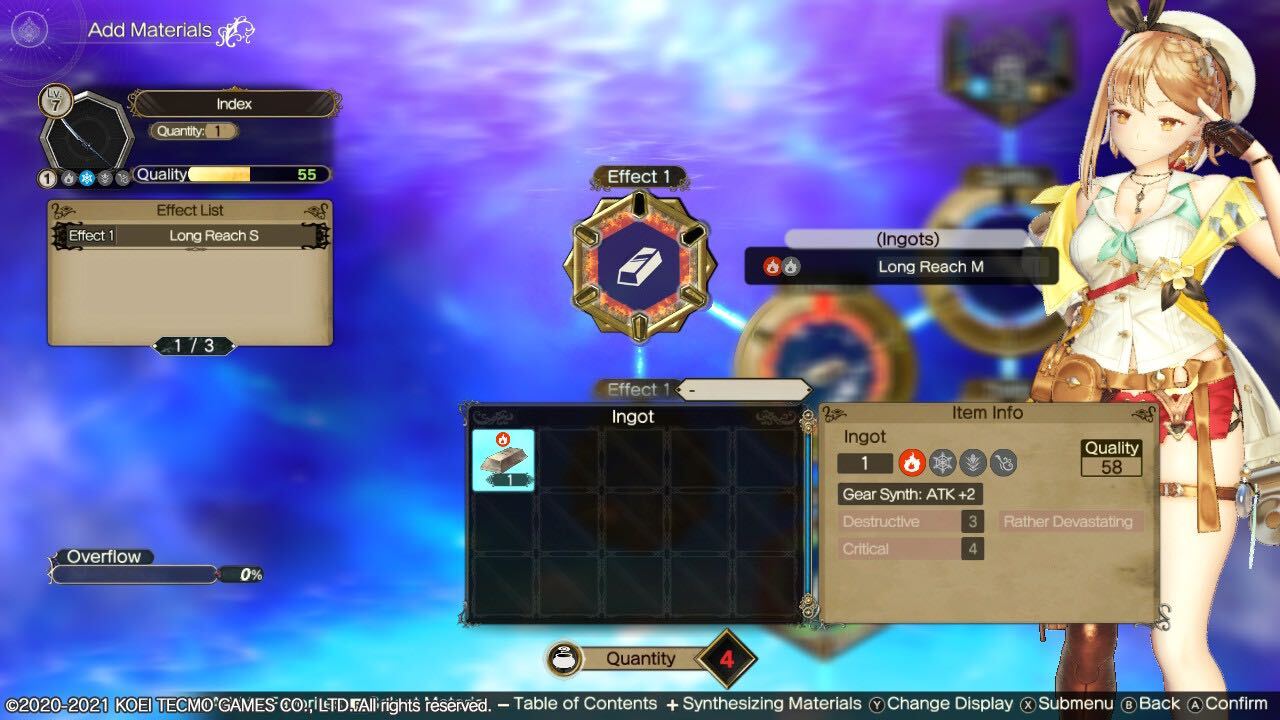 On that note, credit should be given to Atelier Ryza 2’s presentation, namely in its various ‘quality of life’ features. In many Japanese RPGs, it’s not uncommon to find that some of the more repetitive and time-consuming aspects inherent to video games, such as travelling between towns or searching out quest-relative NPCs, remain unchanged from the days of their eight-bit ancestors.

Atelier Ryza 2 almost immediately throws these inconveniences out the window, presenting players with a number of gameplay comforts right at the outset, including the ability to to fast travel between nearly every specific location in the game (a marked improvement from the first game’s system of fast travel) and icons being placed on the world map to indicate where Ryza must go to progress the story or a given quest.

These basic amenities may seem small, but in a game built around an intricate system of collection and experimentation, their inclusion goes a long way in preventing the game from becoming nothing more than monotonous slog. 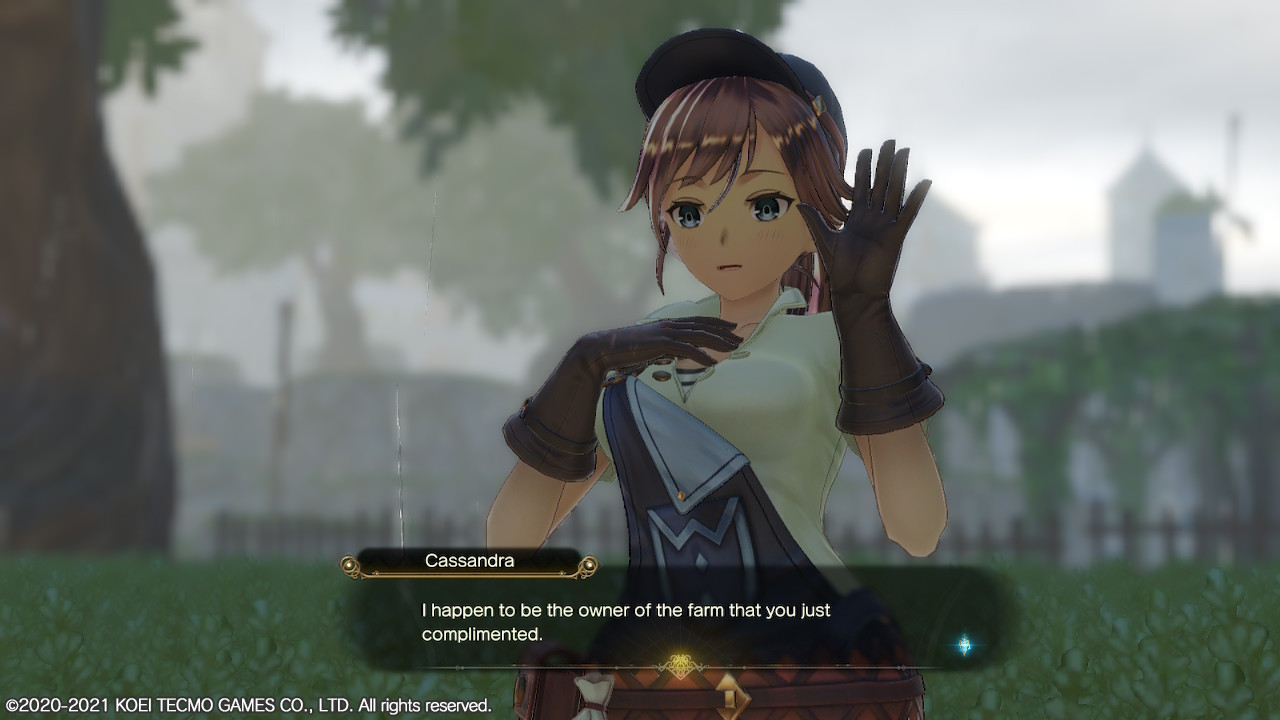 Yet, despite the game’s overwhelming strengths, it’s not without its flaws.

While the game is beautiful, with the graphical upgrades made during its two year development cycle doing wonders to bring out the series’ detailed and vibrant art style, Atelier Ryza 2 sometimes feels like an MMO that would have been produced at the beginning of the last console generation. 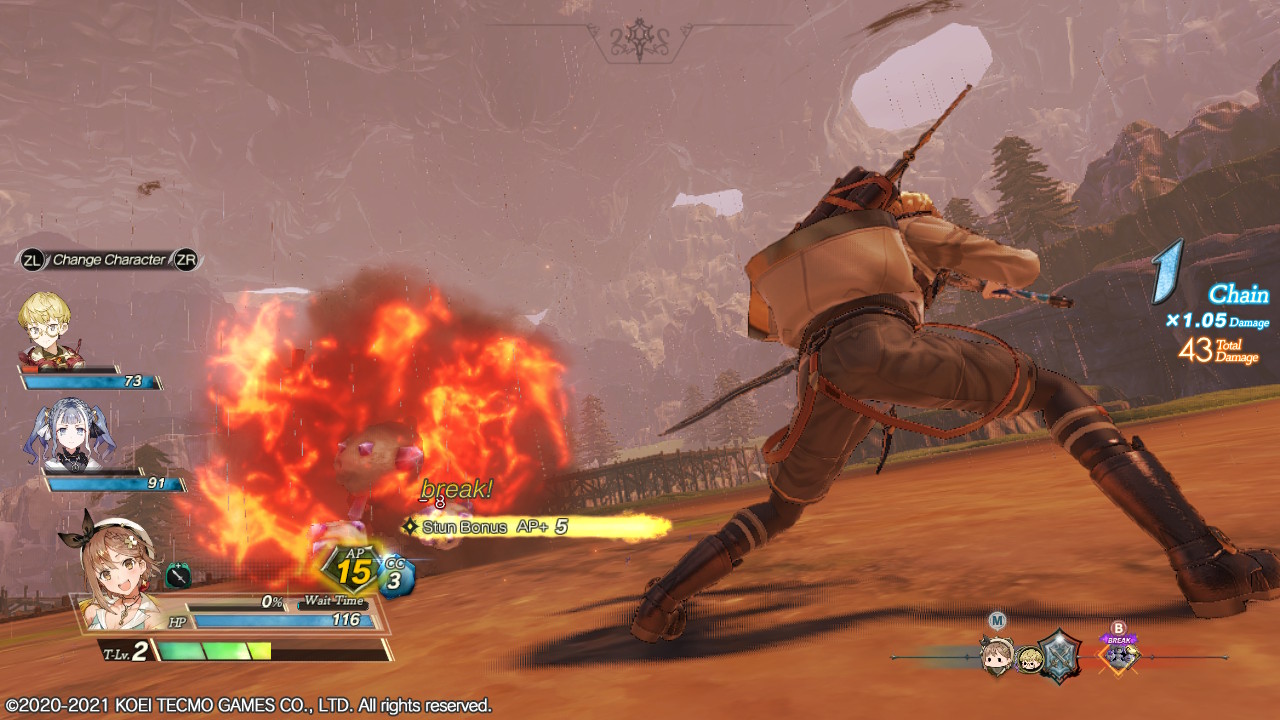 Characters express themselves through repeated animation cycles (Ryza’s gasping look of shock being the most egregious example), models are frequently reused even within the same area, and there are more than a few moments where a character’s running animation doesn’t quite match up with the urgency or pace with which they’re supposed to be moving.

Though these hiccups don’t necessarily destroy the game’s overall aesthetics, they are noticeable, and could lead to some players (like myself) being momentarily pulled out of their immersion. 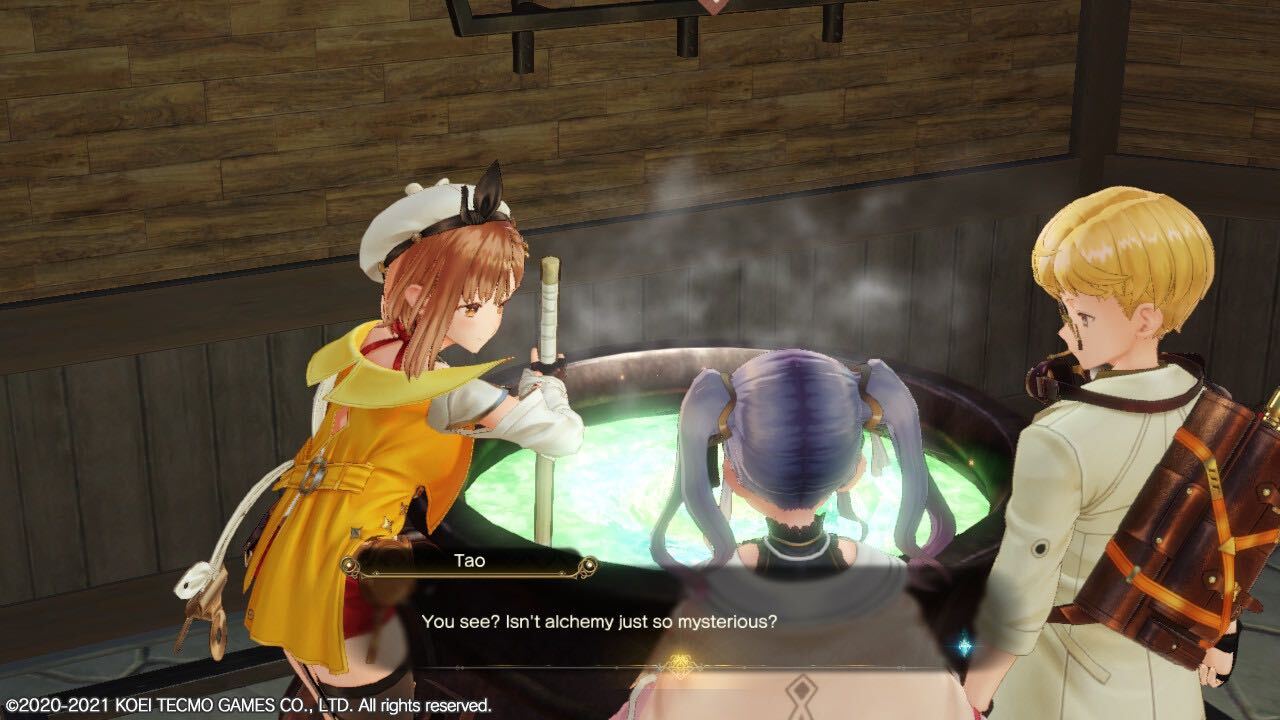 The game’s aforementioned learning curve could also present a challenge to some players, as the game frontloads so much information that most players will likely need to sink more than a few hours into exploring Ashra-am Baird before they can really begin to engage with the actual gameplay.

While it’s obviously necessary to communicate the inner-workings of the game’s core mechanics to the player, it could absolutely do with better pacing, otherwise numerous players will find themselves struggling to push past the first few story moments. In fact, even though I thoroughly enjoyed Atelier Ryza 2, I’ll admit it took an active effort on my part to push past the deluge of opening tutorials. 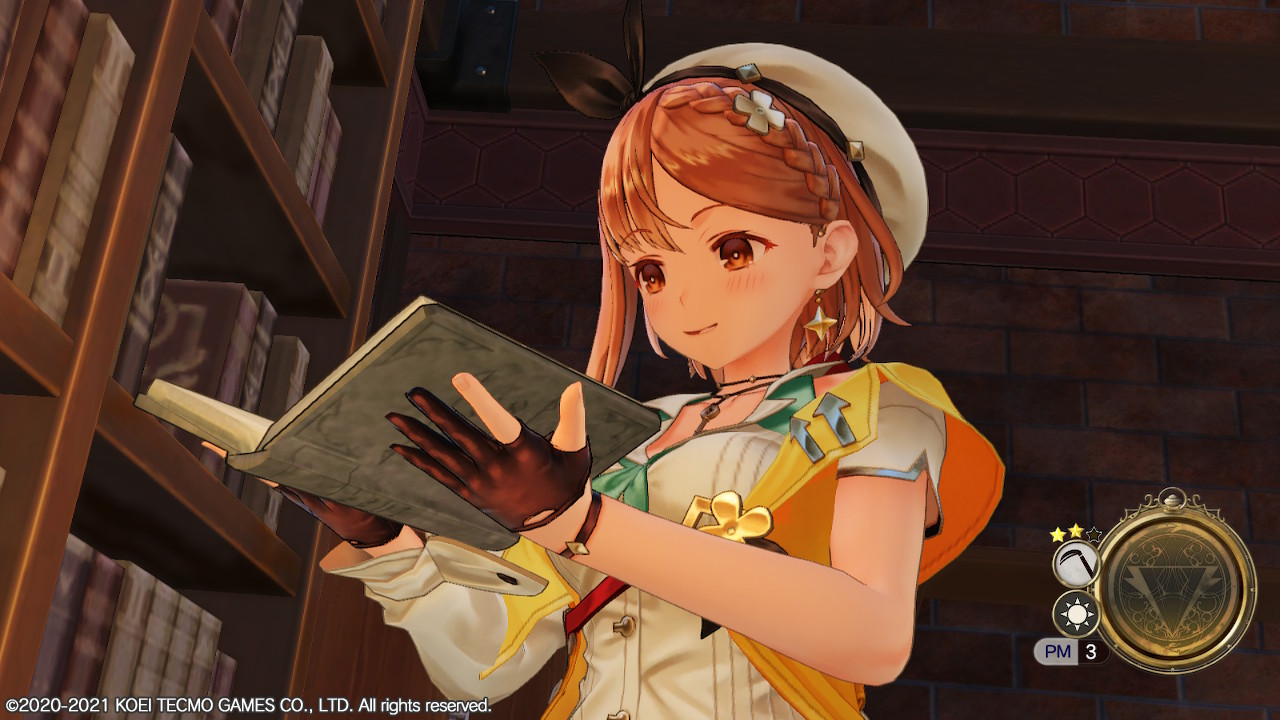 While not a flaw with the game itself, I would be remiss to discuss GUST’s latest title without touching upon the controversial words of GUST Brand Manager Junzo Hosoi, who told Nintendo Life in December 2020 that the company does not “see the need to edit a title for another culture or country as something necessarily bad”.

Hosoi’s comments are even more peculiar in light of the fact that the cast of Atelier Ryza 2 sports a number of busty female characters, ranging from side characters such as farmer Cassandra Cappelli to Ryza herself, whose chests are subject to particularly generous ‘jiggle physics.’

As such physics would undoubtedly put the game in the sights of outrage-privy Western audiences (the fact that the game has not yet seen an outrage campaign over its content is, to say the least, surprising).

As of writing, I am not personally aware of any censorship in Atelier Ryza 2, sexual or otherwise. However, if any instances are eventually discovered, rest assured you’ll hear about it here on Bounding Into Comics. 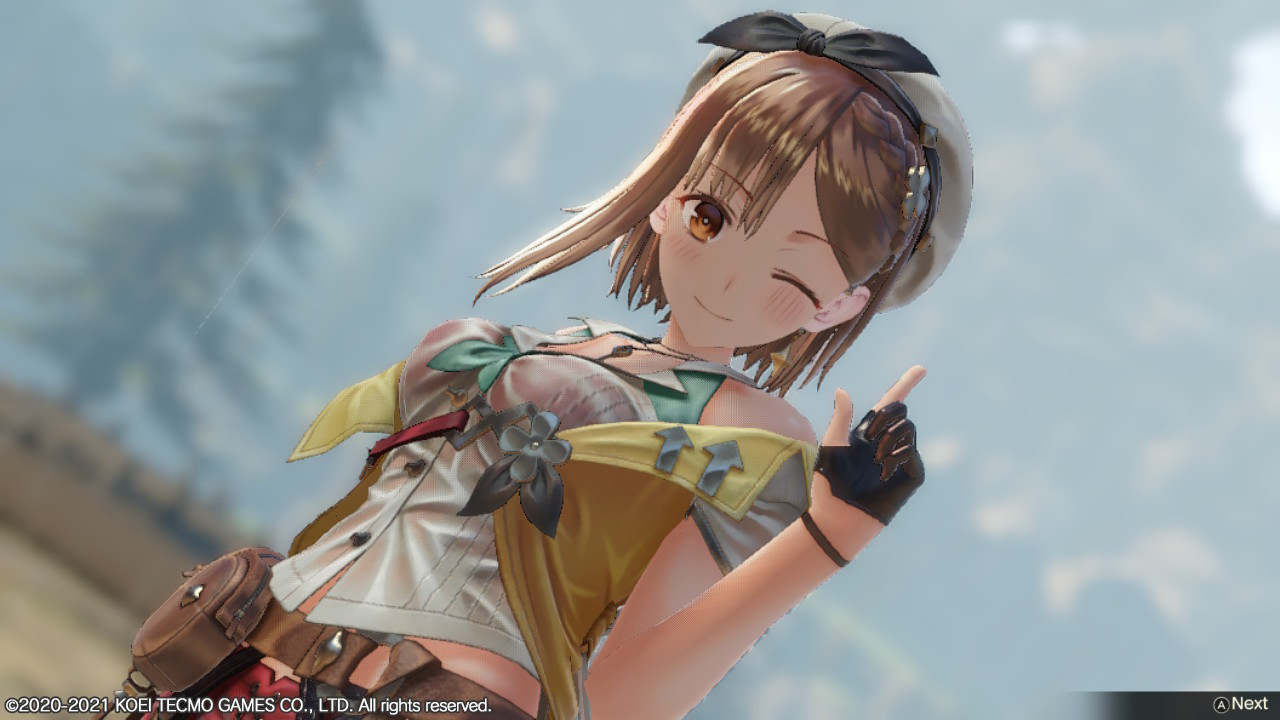 If you’re in the market for an immersive JRPG experience featuring one of the most complex core game play mechanics in recent years, look no further than Atelier Ryza 2: Lost Legends & the Secret Fairy, as the latest entry in the long-running Atelier series delivers the franchise’s signature alchemy-centric gameplay alongside a memorable cast of new and returning characters and a story that, for a game with such a bright and happy aesthetic, ends up taking a slightly more serious and epic (in the classical sense) turn.

Of course, it should be noted that the game is absolutely not for everyone, as Atelier Ryza 2’s sometimes tedious dungeon exploration, material collection, and synthesization loops will do little to satisfy or even interest those looking for either a more straightforward JRPG or action-focused gameplay system. If the very thought of spending hours farming for materials is enough to bore you to tears, your time would be better served with one of GUST’s more fast-paced titles, such as Nights of Azure or their licensed Fairy Tail game.

Ultimately, underneath its cheery anime exterior lies a game well-deserving of your time and hard-earned Cole. 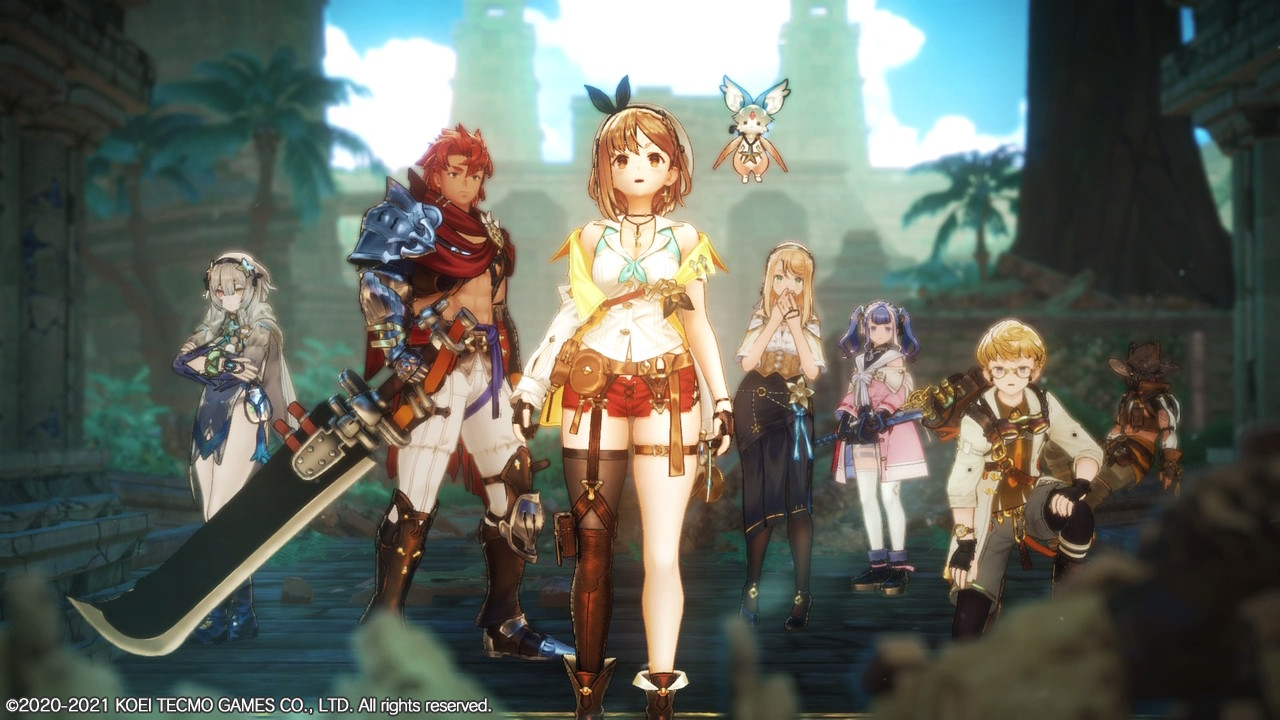 A review copy of this game was provided by Koei Tecmo.