It's another RAW, with this week the Royal Rumble is now right around the corner. It's the next to last RAW for all the hype!

It’s another Monday, so here we go..its RAW In A Nutshell! And, this week, the Royal Rumble is Right Around The Corner!

Yes, boys and girls, the January PPV, the one that kicks off the Road to WrestleMania? It’s less than two weeks away now.

So, what all can we expect this week?

Well, we know, health permitting, that we have a big match between Goldberg and Drew McIntyre. It’s hard to hype since Drew is out with COVID, but they will find a way.

Alexa Bliss gets to tangle with Asuka this week, and on top of that we are wondering what Randy Orton might do. After all, Bliss did shoot a fireball at The Viper last week.

So, that’s a good chunk to cover, with the Royal Rumble right around the corner, right?

It is, but there is always more!

Like, what’s next between Charlotte, Lacey Evans and Ric Flair?

What other random person is set to declare for the Royal Rumble?

All of that adds up to one thing… 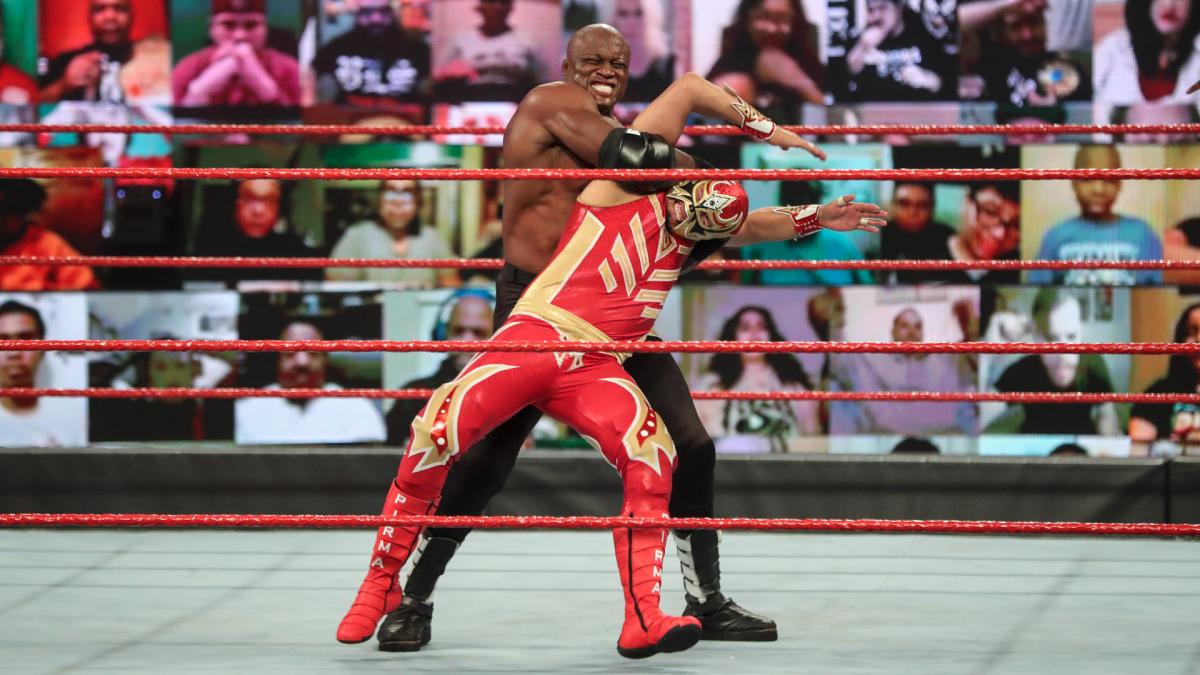 In spite of the commercial break (see my lowlights), the main event was very good. Bliss did the mind games well, and just like that I have a feeling like she may be taking the belt from Asuka sooner or later. 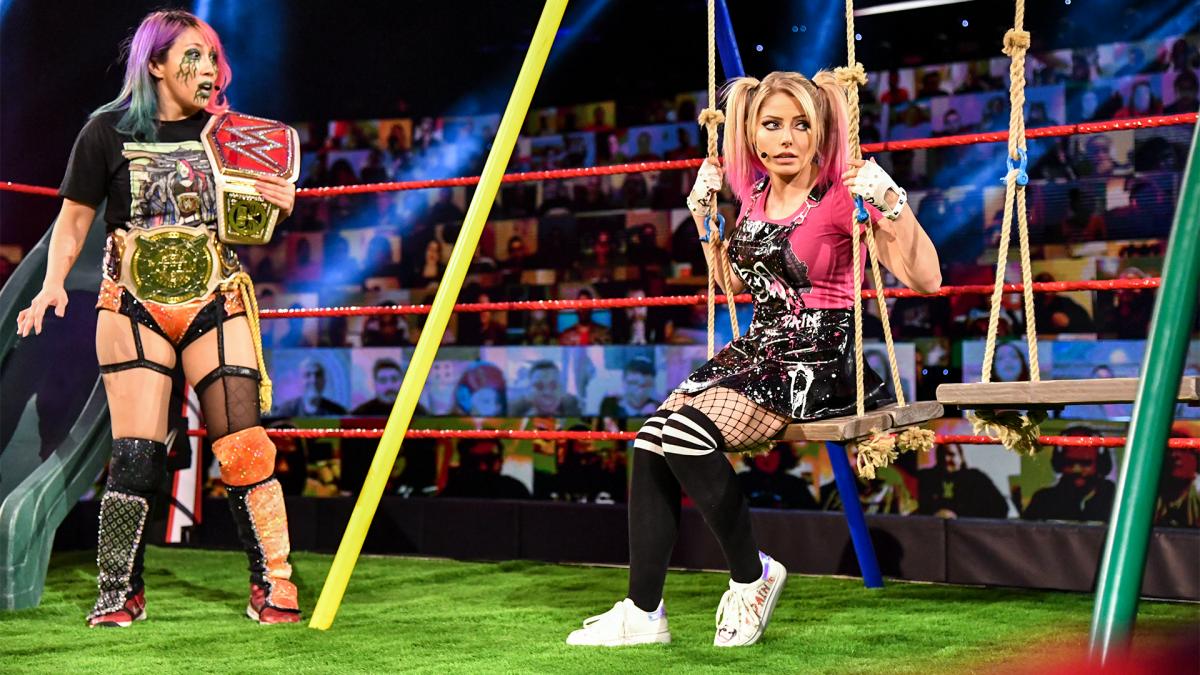 I was not feeling Shayna Baszler and Mandy Rose. It did not make it any better with Nia Jax on commentary. 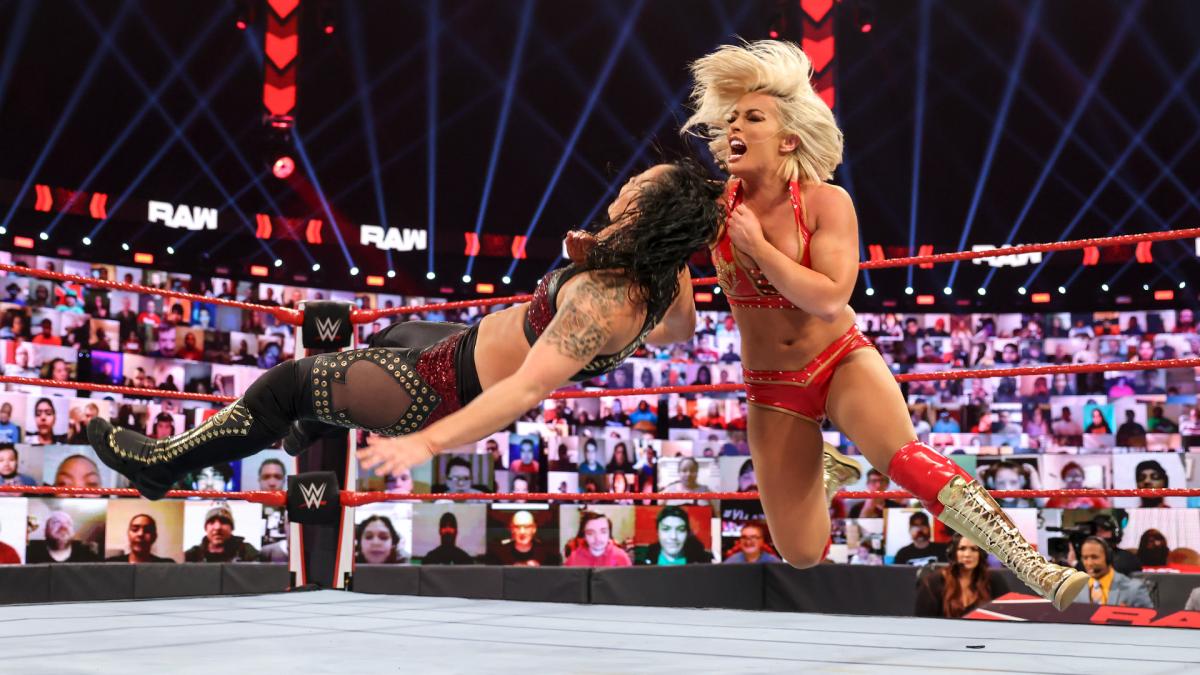 I have to give this one to Alexa Bliss, with a nice nod to Asuka too.

Alexa Bliss is reminding us just how strong a character and performer she can be. Asuka worked well with her, which made the whole segment work that much better. 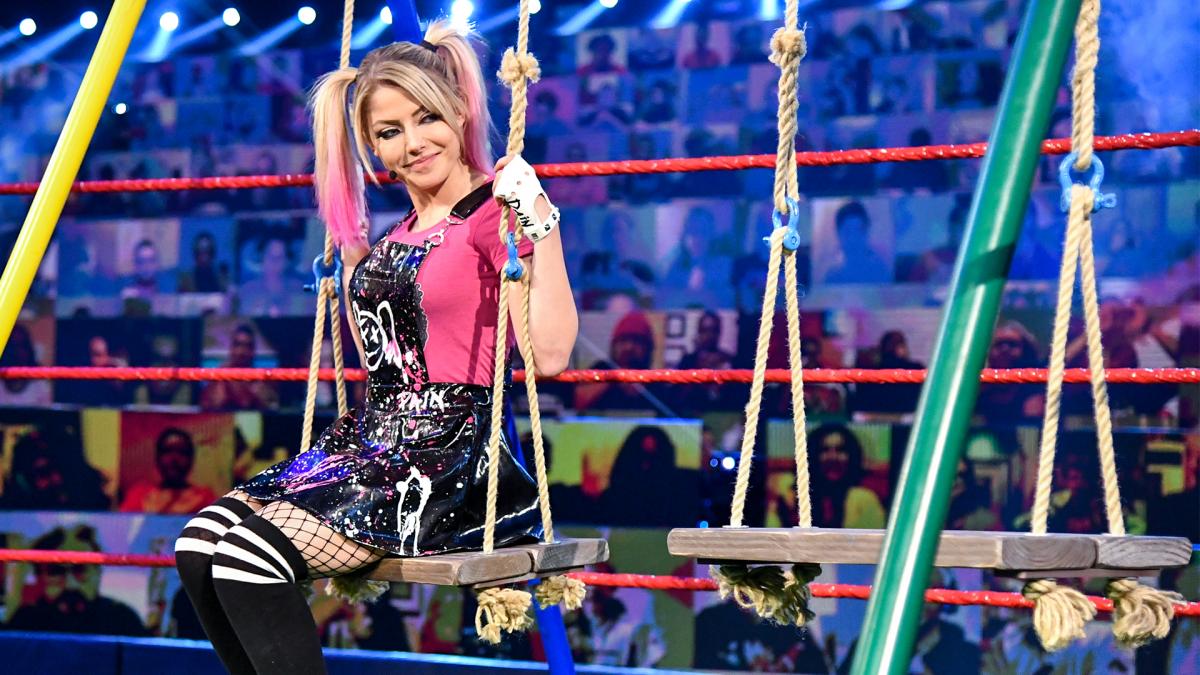 The one I loved the most? Even though it didn’t matter in the end, how about Ricochet hitting Recoil while Styles was going for a Phenomenal Forearm.

Looked slick, and given the amount of movement and planning, that took a lot of work to look that good. 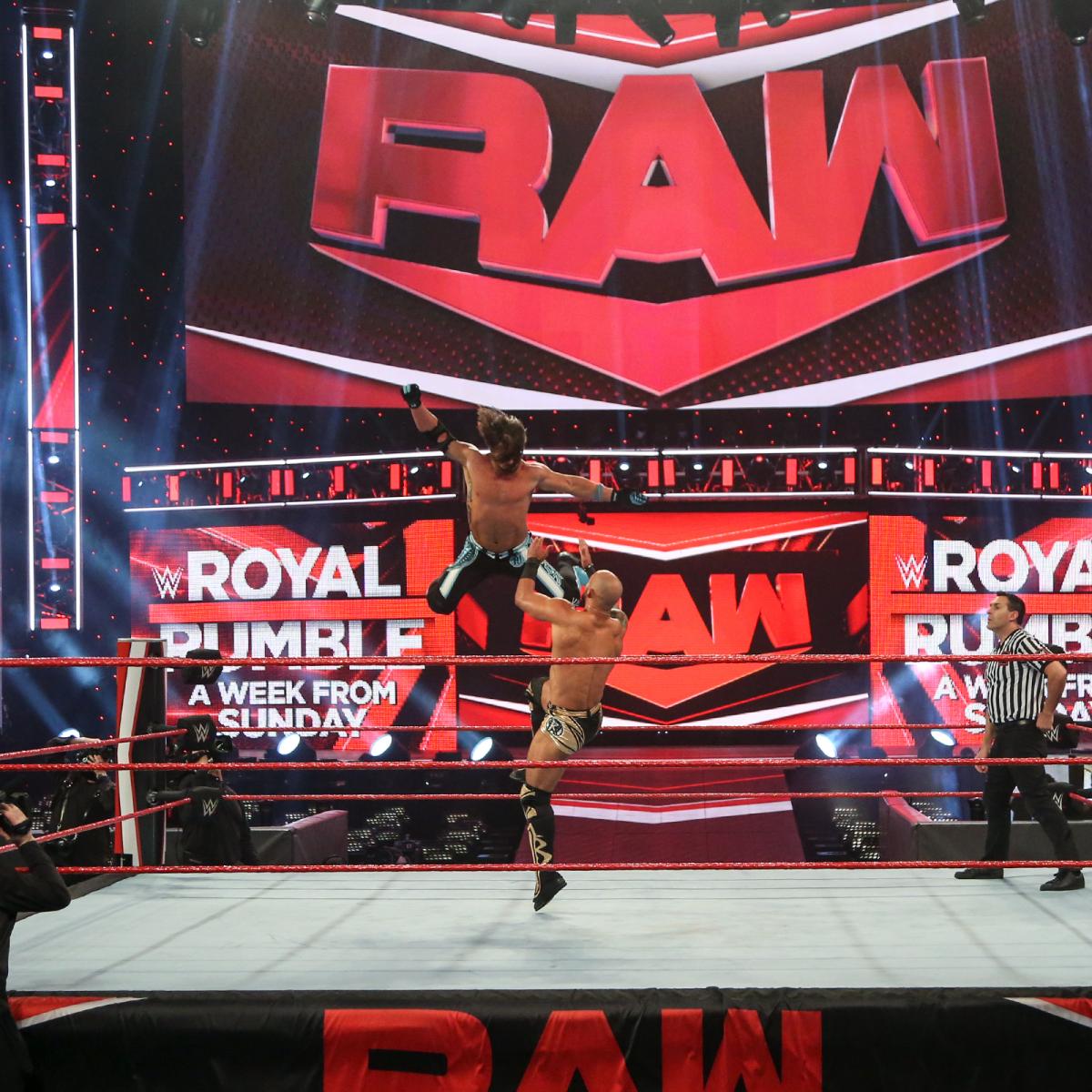 Still more tension for the Hurt Business. Really can’t tell where this one will end up (will Ricochet trade places, or will he even still be with WWE?)

Gillberg is back! Sure, it may be for one night only (and I hope to heck he isn’t in the Royal Rumble…), but at least for this evening, Gillberg came back.

Played the role of Goldberg, of course. And got to go head to head with a knock off Drew McIntyre to boot. 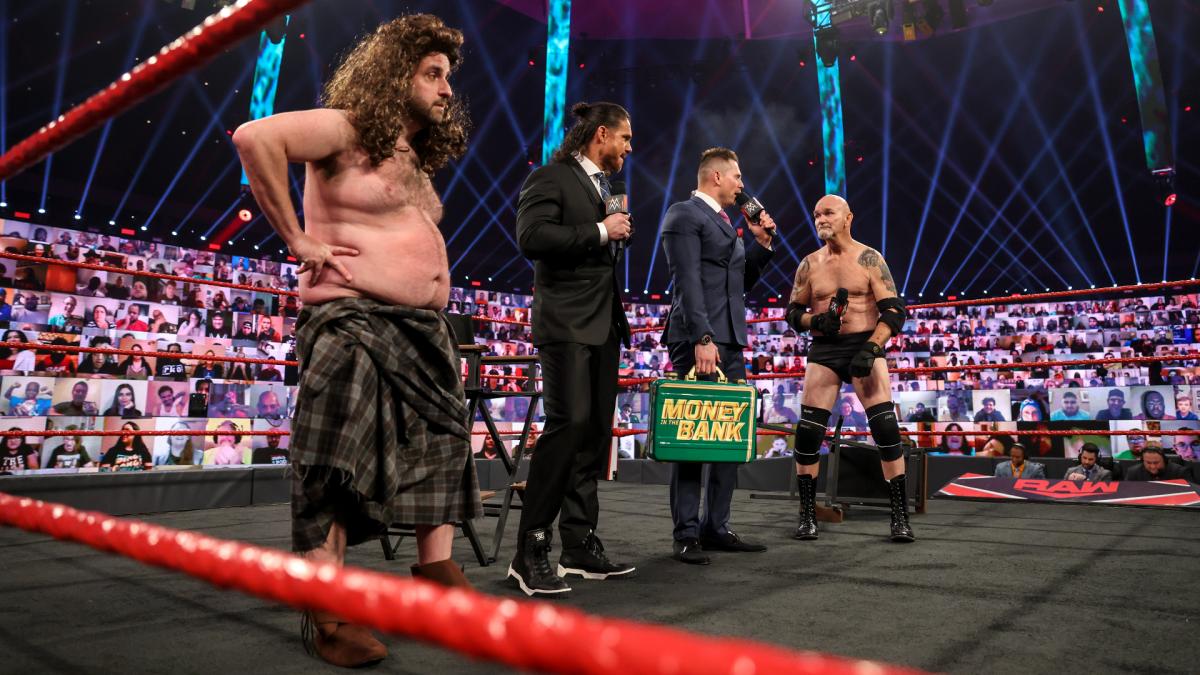 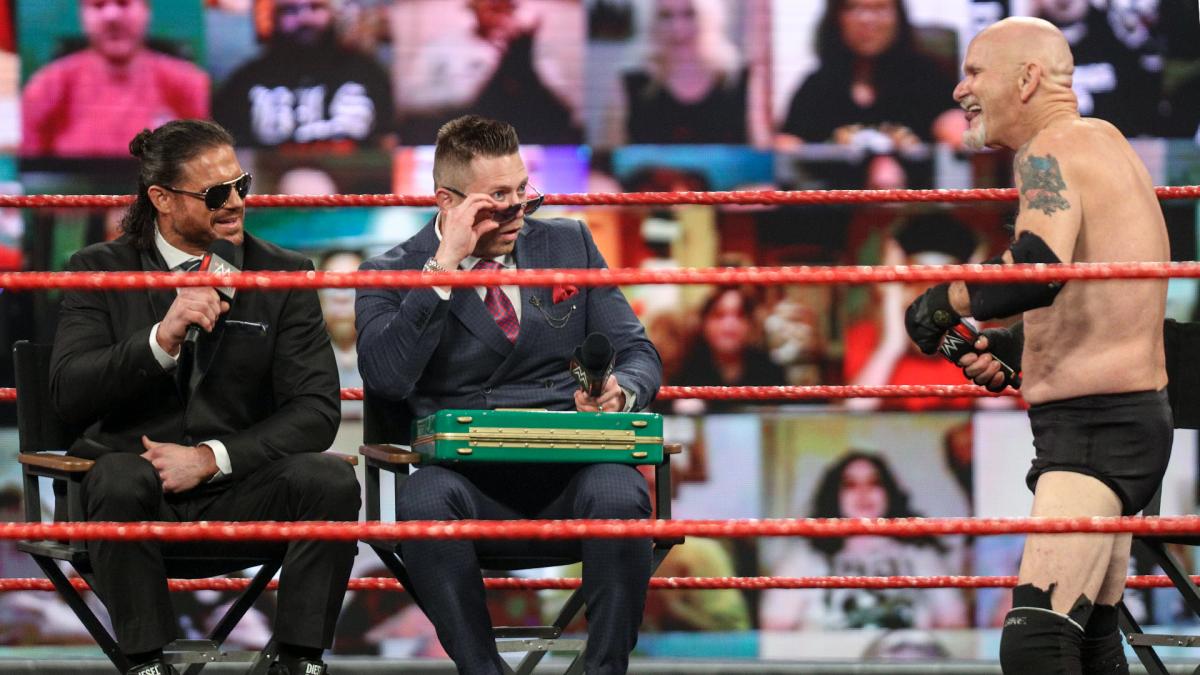 Miz and Morrison keep implying that there will be a cash in during the match between Goldberg and McIntyre…so I expect something, though probably another near miss.

As in, we have a main event. All involved kind of know when that will hit and all that.

WWE plans to have the lights cut out for the Alexa Bliss-Fiend transformation. And…as they do….poof…commercial.

Just bad planning and execution. Not the first time, but always drives me nuts…especially when it’s ten minutes till the end of the show and in the middle of the main event.

I’d say good work with the Orton-fireball angle. I mean, he opened the show and did run a bit long, but they played up the burns, which is good. 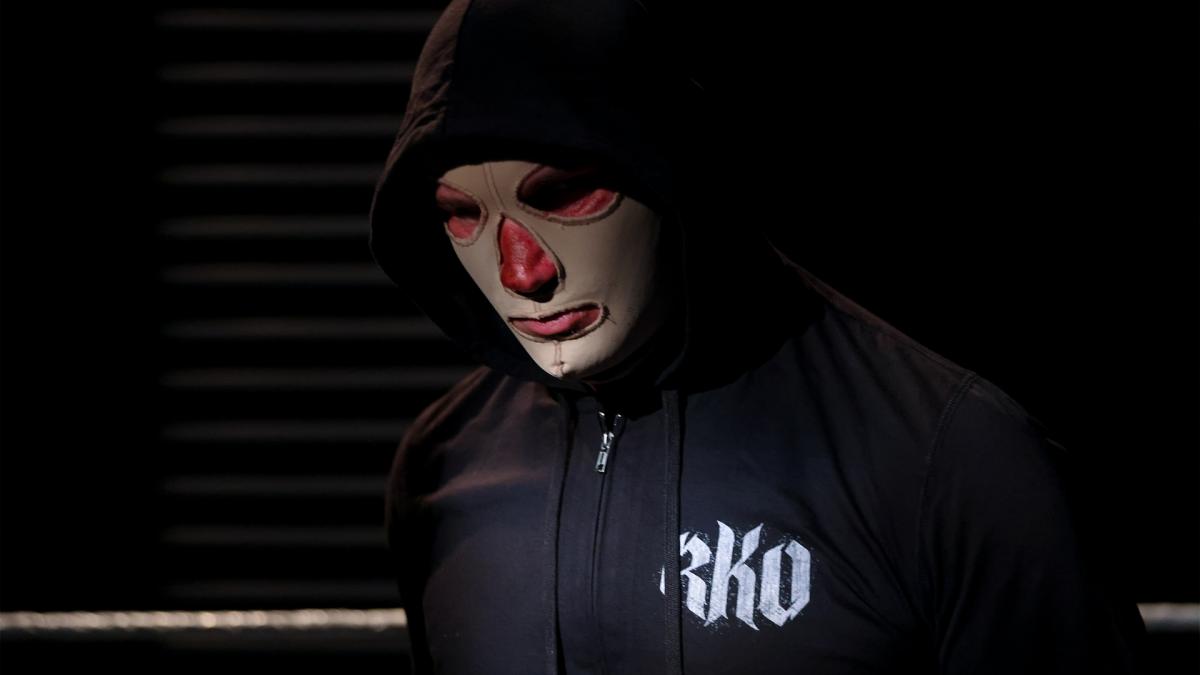 WWE does not always properly, over a longer term, sell things like that. So that was nice to see.

And as I said previously, I thought the work by Alexa Bliss was strong tonight. It’s not easy to keep a face so expressionless (though I’d imagine the lack of live audiences helps a little).

Well, that’s it. The next to last RAW before the Royal Rumble is in the books.

Yes, the Royal Rumble is right around the corner. Next week brings us the go home show.

As per the word on this week’s RAW, champion Drew McIntyre is on target to return to RAW next week for final PPV hype. So, that’s a good thing.

I would say there’s still a good bit of hype to be done, but in the grand scheme…it’s the Royal Rumble. Most other matches are very much secondary, with the men’s and women’s Rumble matches being the main draws.

If we get good action and some nice surprises, that’s the most important thing. And that idea of surprises in an audience-free pandemic?