It's our last RAW In A Nutshell before Sunday's Royal Rumble, and who is ready for a Rumble in the Dome? Let's relax and enjoy the Nutshell!

It’s our last RAW In A Nutshell before the Royal Rumble! So, who’s ready for a Rumble in the Dome?

As in, well, it’s a unique Royal Rumble this Sunday, with the ThunderDome serving as the host locale.

It will surely be a different Rumble in the Dome, and that’s largely thanks to nothing but screens for fans. Hard to imagine the loud pops we are used to with surprise entrants…but I digress.

For now, right in front of us is Monday Night RAW. And with this RAW, we have another go-home show. As we prep for a Rumble in the Dome, we’ve got quite a few open items.

The most notable storylines? How about Drew McIntyre defending against Goldberg, and fresh off of his bout with COVID-19?

Then we have The Fiend and Randy Orton and that fiery feud, though Bray Wyatt has been missing of late.

On the women’s side, aside from Alexa Bliss creeping out Asuka, there’s the simmering situation between Charlotte and Lacey Evans, with dirty old man Ric Flair enjoying himself.

The cherry on top this evening might just be Riddle’s continued chase of Lashley’s United States Championship. What happens next in that saga?

And for us…what happens next for us? Well….it’s going to be…. 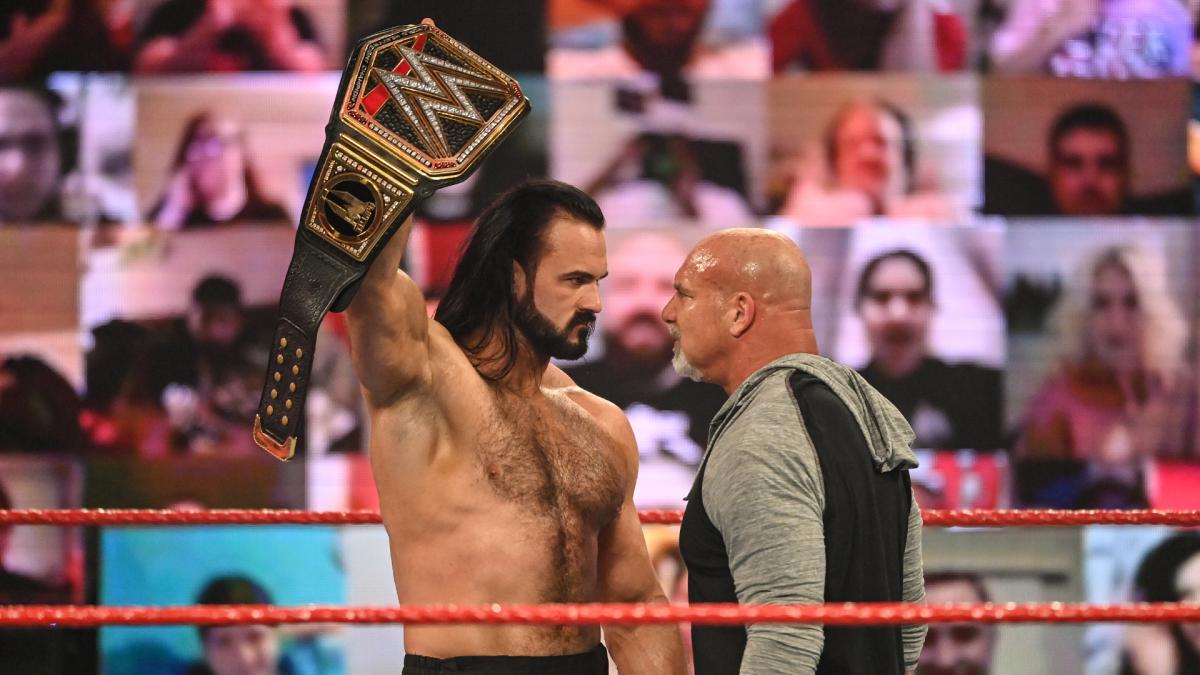 Let’s crack this one open and see what happens!

I am going to give this one to the efforts of Sheamus, Miz and Morrison. 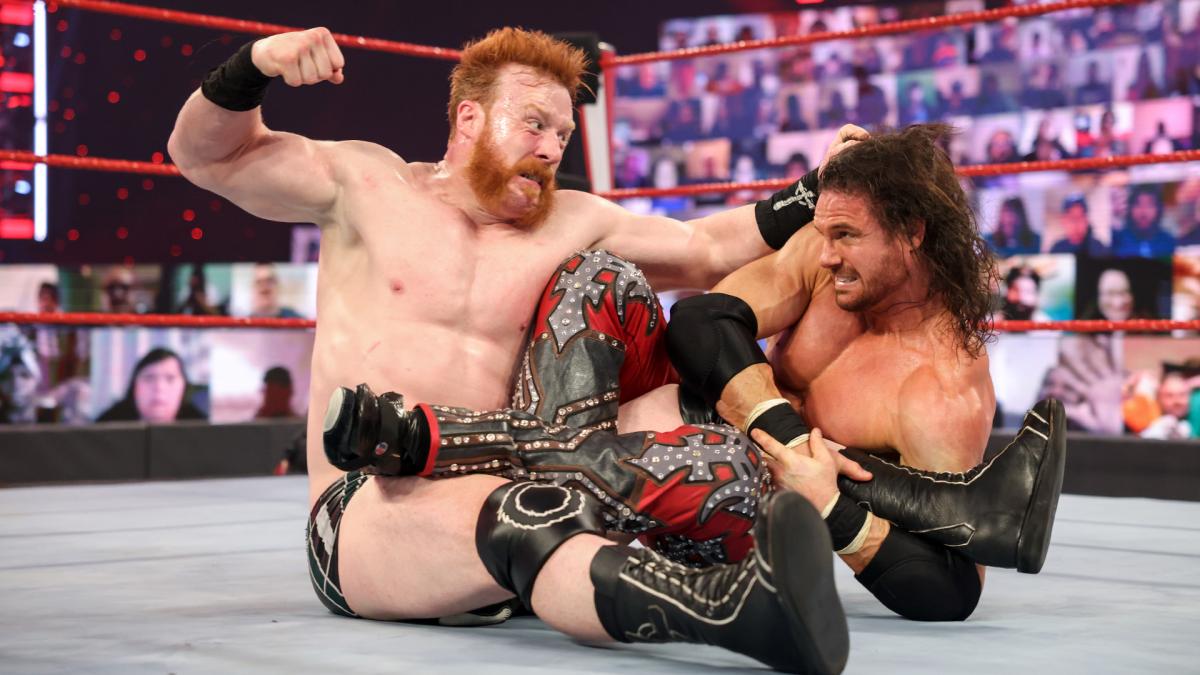 Like, not a huge fan of the match being re-started into a 2 on 1 handicap, especially considering it wasn’t the first restarted match of the night…

But, the chunk we got involving these three was a good portion of RAW.

Oh, so many to choose from here. Too many, to be honest, especially because this was a go-home show. 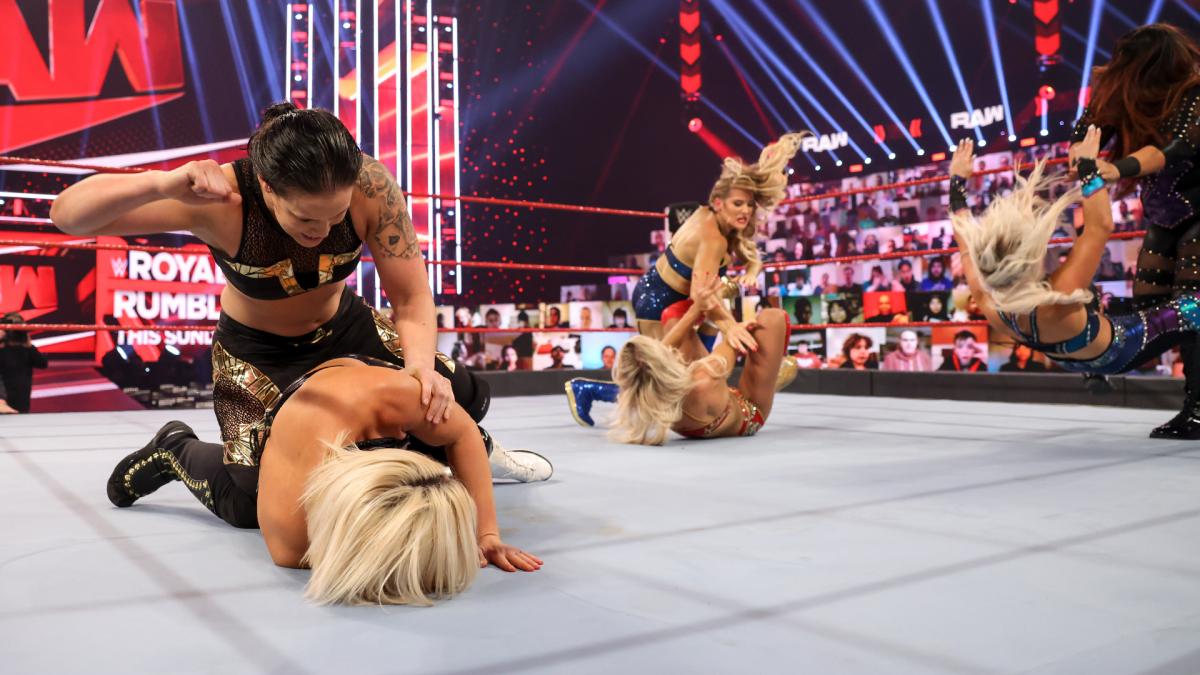 Charlotte and company? The opening matches of the show were just so not good.

And here’s one that may be a bit of a hot take, but I could do without the whole Alexa Bliss/female Fiend stuff. Like, we KNOW that the main event was recorded ahead of time.

Between the multiple outfits/personalities and all, there’s no way to do that if the match wasn’t heavily produced. But it just…bothered me.

Like, Alexa and Asuka? Not that big a deal, title defense notwithstanding. However, to then use the whole thing as a vehicle to further the Orton/Fiend feud both made sense and bothered me, all at once.

I am sure there are fans who loved this week’s match for Alexa Bliss…but I am not one of them.

I have a couple names, and they are new names.

Well, not new, but neither has been in this spot for a while.

Give me Riddle and Sheamus. Both had very strong nights. 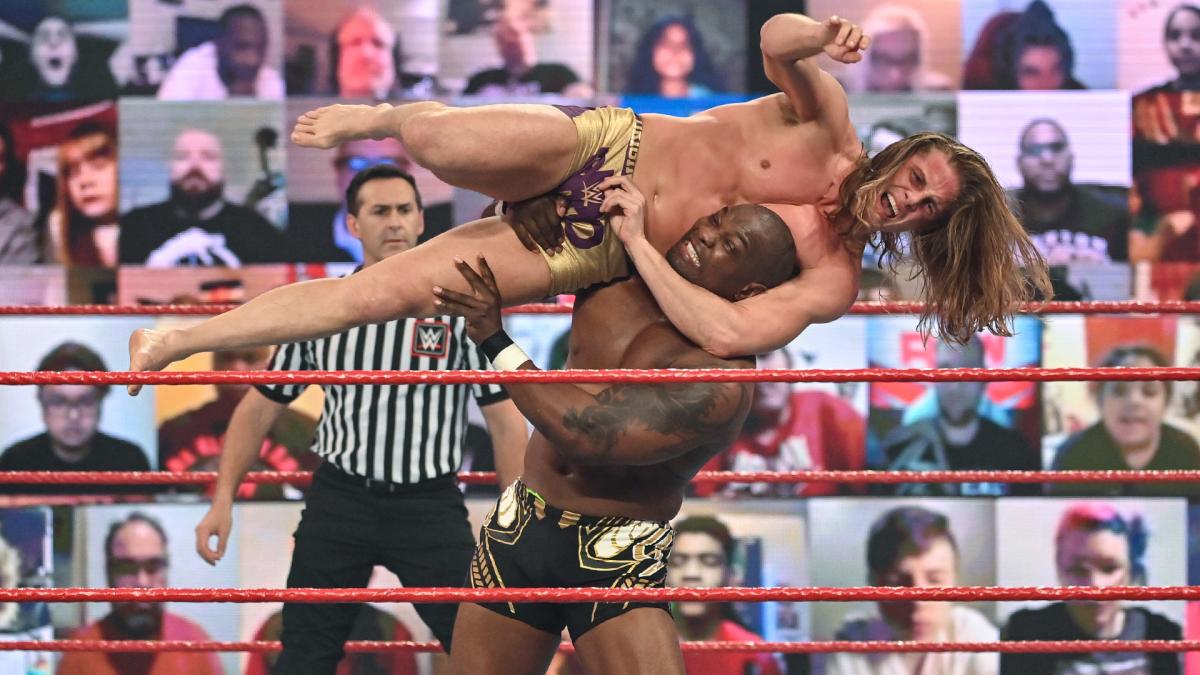 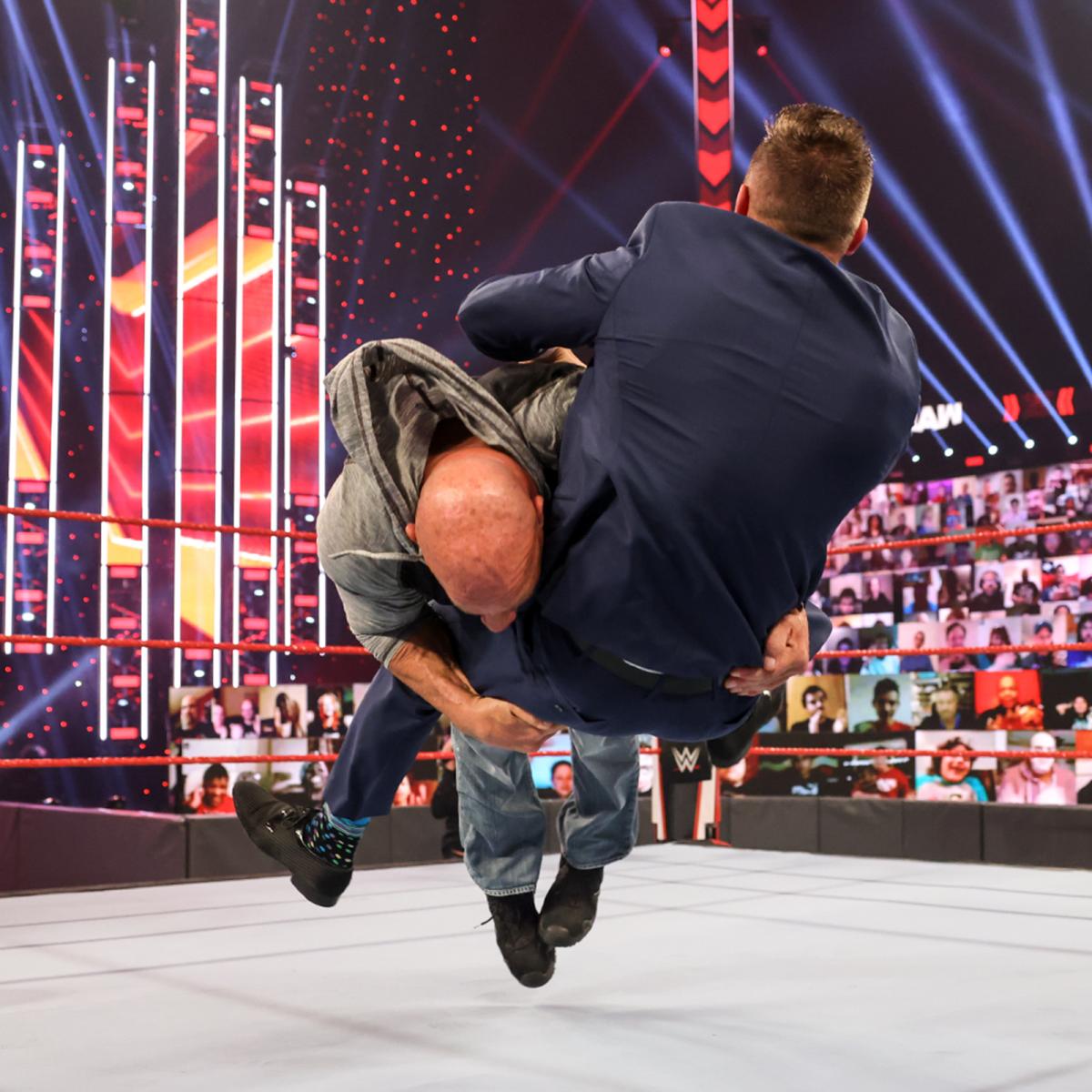 Not really a super crazy spot, but loved the spear-Claymore sequence out of McIntyre and Goldberg. 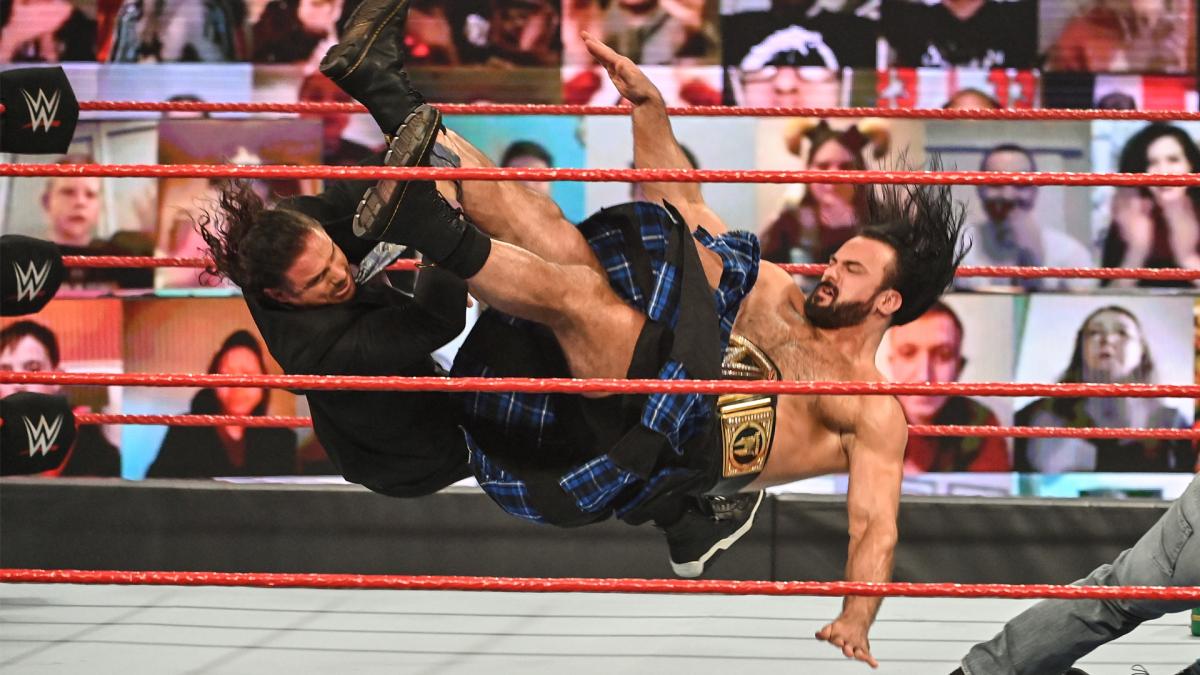 Oh, too many choices here. Lots of jobs being done tonight. 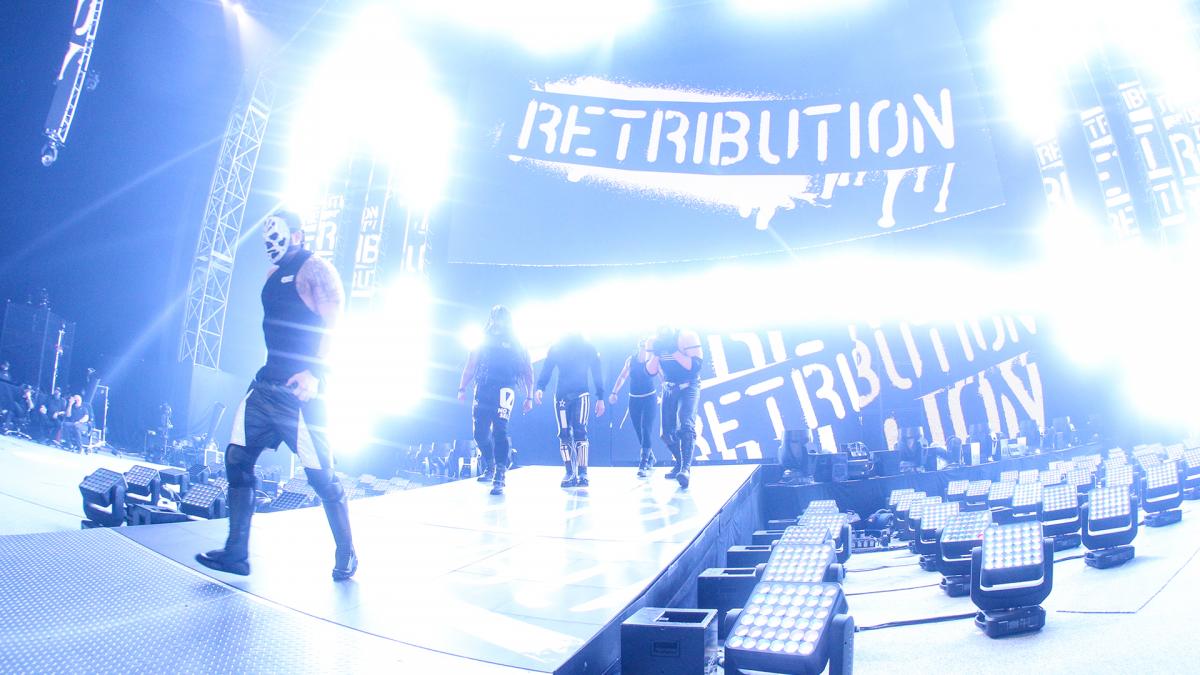 I suppose I can offer up two.

First, Edge is in this Sunday’s Rumble. Somewhat surprised WWE gave this one away, though I suspect that was because there’s no live, in person fans to pop on Sunday.

Second would be Randy Orton delivering an RKO to Alexa Bliss, sending the show off the air.

That does further the whole Bliss-Orton-Fiend storyline…but I have a feeling the payoff for that one does not come until April.

Well, unless I missed something between last week and this one, Edge was a relatively unannounced appearance.

Like, those are allowed…but with every effort being given to boost ratings, I’d think having Edge appear or make any sort of announcement would be hyped well in advance, no?

Point here for me is just, this one just felt like WWE could have, should have hyped Edge more.

That said, having him on, without much hype, to talk about his status and all? It’s kind of the pandemic in a Nutshell.

Like, these surprises and all are kind of meh during shows with no live, in-person fans.

Edge announced he’d be in this year’s Rumble. Here’s betting that, if fans were in the building for Sunday’s show, that Edge would have instead been a surprise entrant for the second year in a row.

But again, pandemic, no fans…no surprise return pops…so no point in keeping that under wraps, I guess.

I have a few gripes this week…

Putting McIntyre and Goldberg on so early. It was not a bad segment, but I just didn’t like the placement.

The pre-recorded bits for Alexa Bliss and Asuka. I think my biggest gripe with it is that we’ve been seeing it repeatedly. 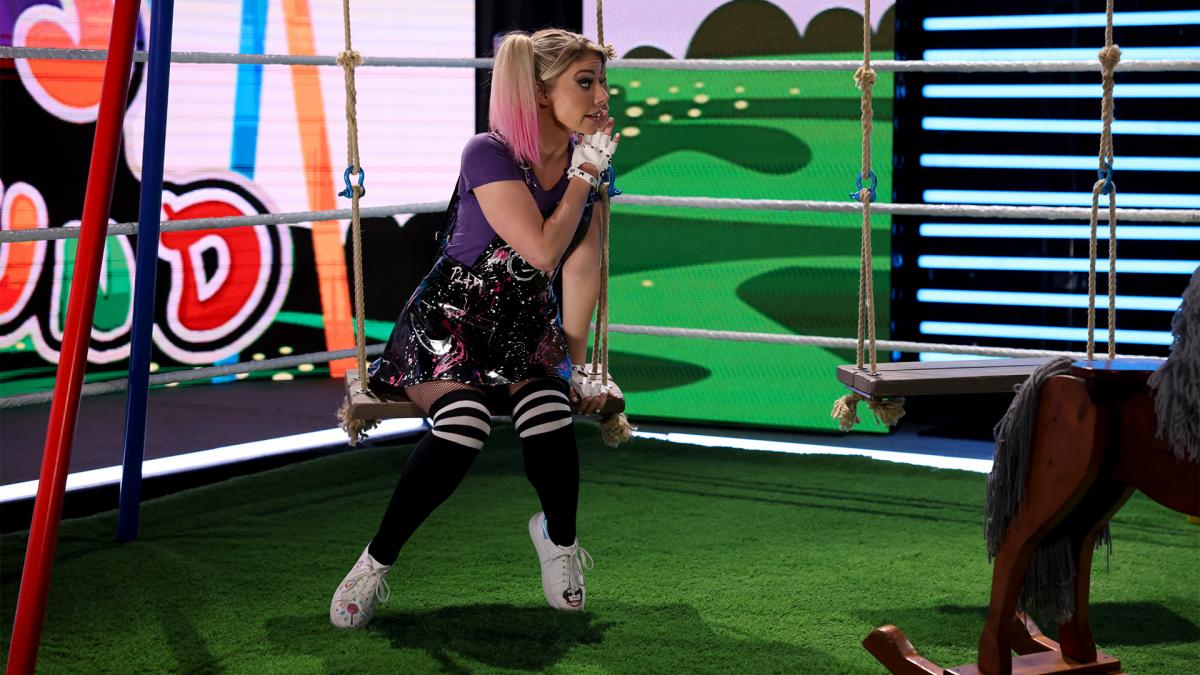 To me, that’s something you don’t do week in and week out… 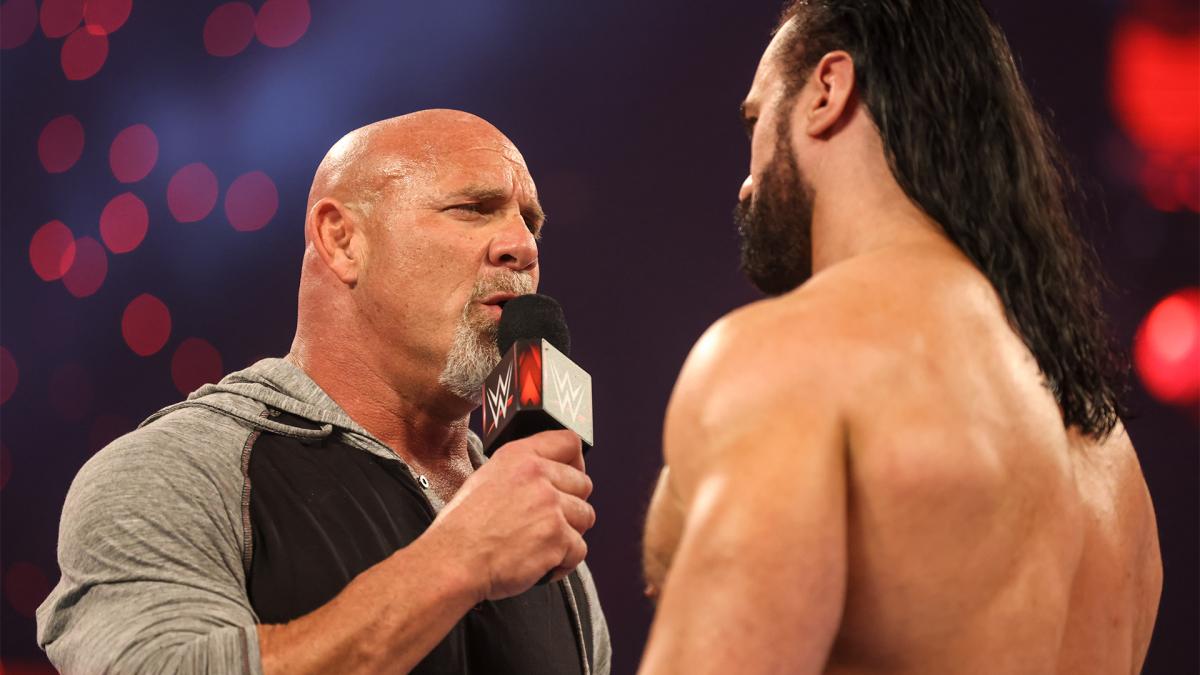 Sheamus was certainly given a boost this week…makes me think he’s going to be in the final few on Sunday, or at least have a strong showing.

Edge is back, just in time for Sunday’s Rumble in the Dome.

There is just one more show, the blue brand’s Friday effort, before we Rumble in the Dome.

I do think that, at the end of the day, WWE knows that the Rumble often sells itself. I’d rather they not rest on those laurels, but it is what it is.