It’s the first Monday of 2021, so it’s of course our first RAW In A Nutshell [1]! So, is anyone excited for Legends Night?

Because that’s what we have to look forward to this week. Someone in WWE [2] decided that the best way to start a new year was to bring back some old, familiar faces. [3]

Not saying it was, or was not, a good idea. Also not saying I am, or am not, shocked that some (read: Hulk Hogan) [4] reported a less than warm welcome.

I mean…sure, you want the occasional ratings boost you get from certain acts…but you have to let the current roster run things, right?

Plus, just three weeks away from the Royal Rumble, is it really smart to take time away from younger Superstars?

Those are valid concerns, of course. However, with Randy Orton [5] on RAW too…the Legends might not be too safe. We know Orton does like to kill him some Legends.

It’s not all about being excited for Legend’s Night, of course.

We cap off the first RAW of 2021 with a WWE Championship match-Keith Lee challenges Drew McIntyre. 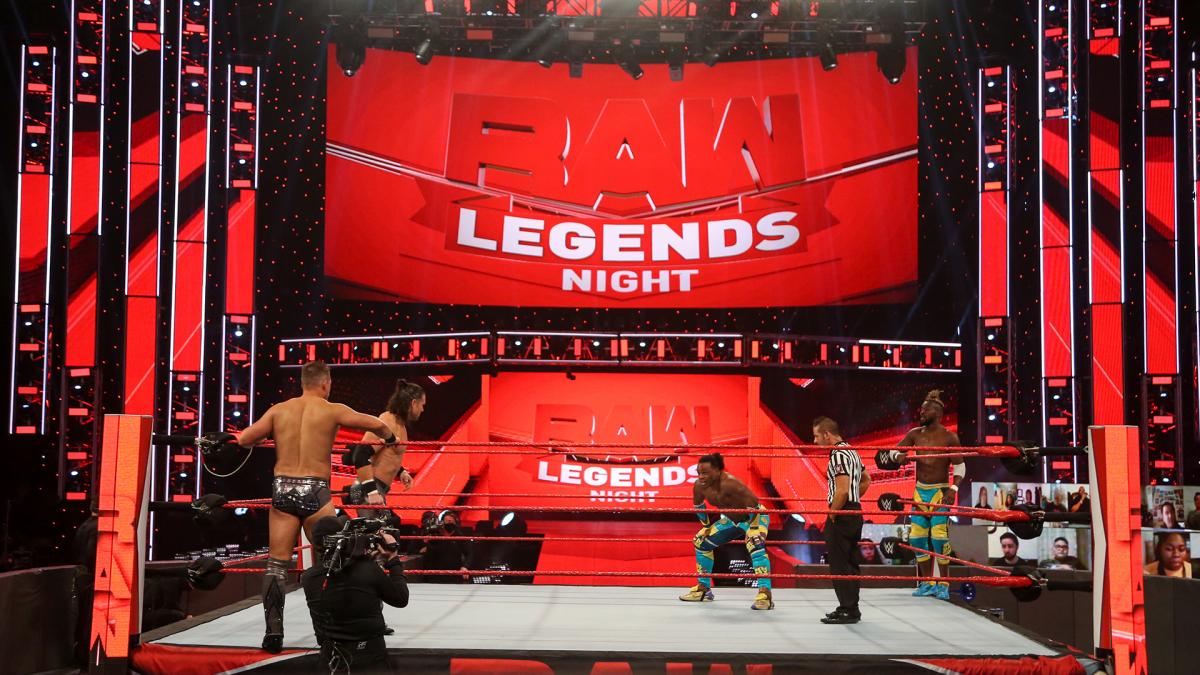 Is Anyone Excited For Legends Night? 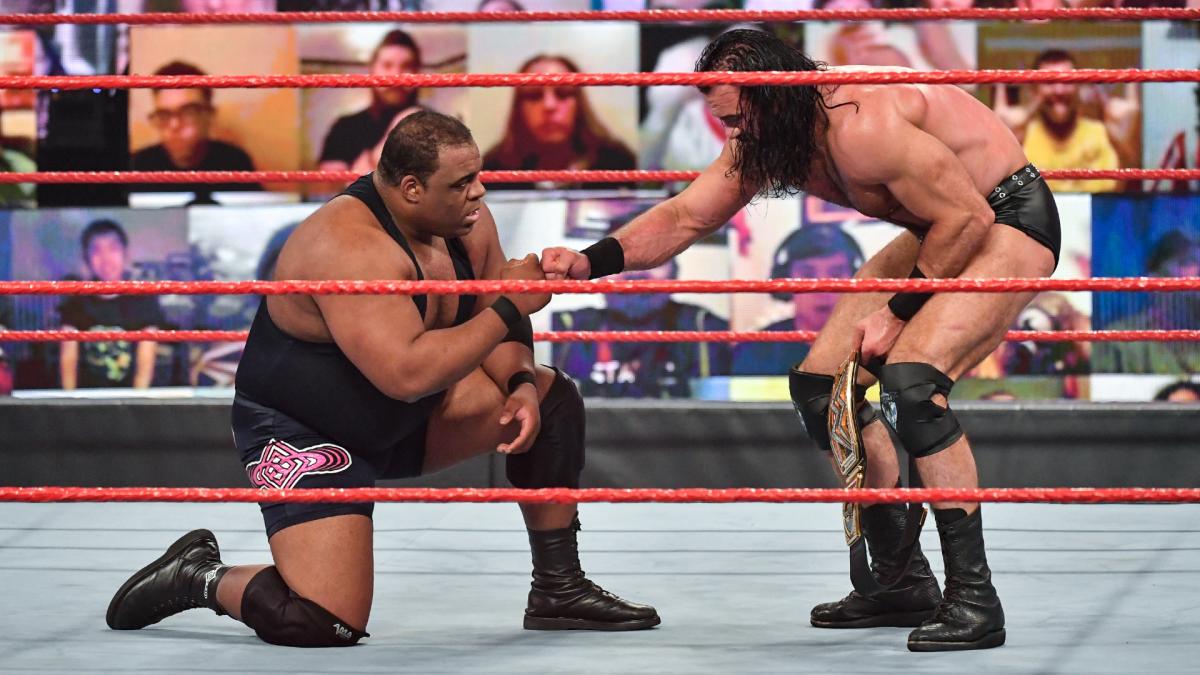 Once again, Keith Lee showed that he absolutely belongs. I mean…a man his size…hitting SPANISH FLY!? 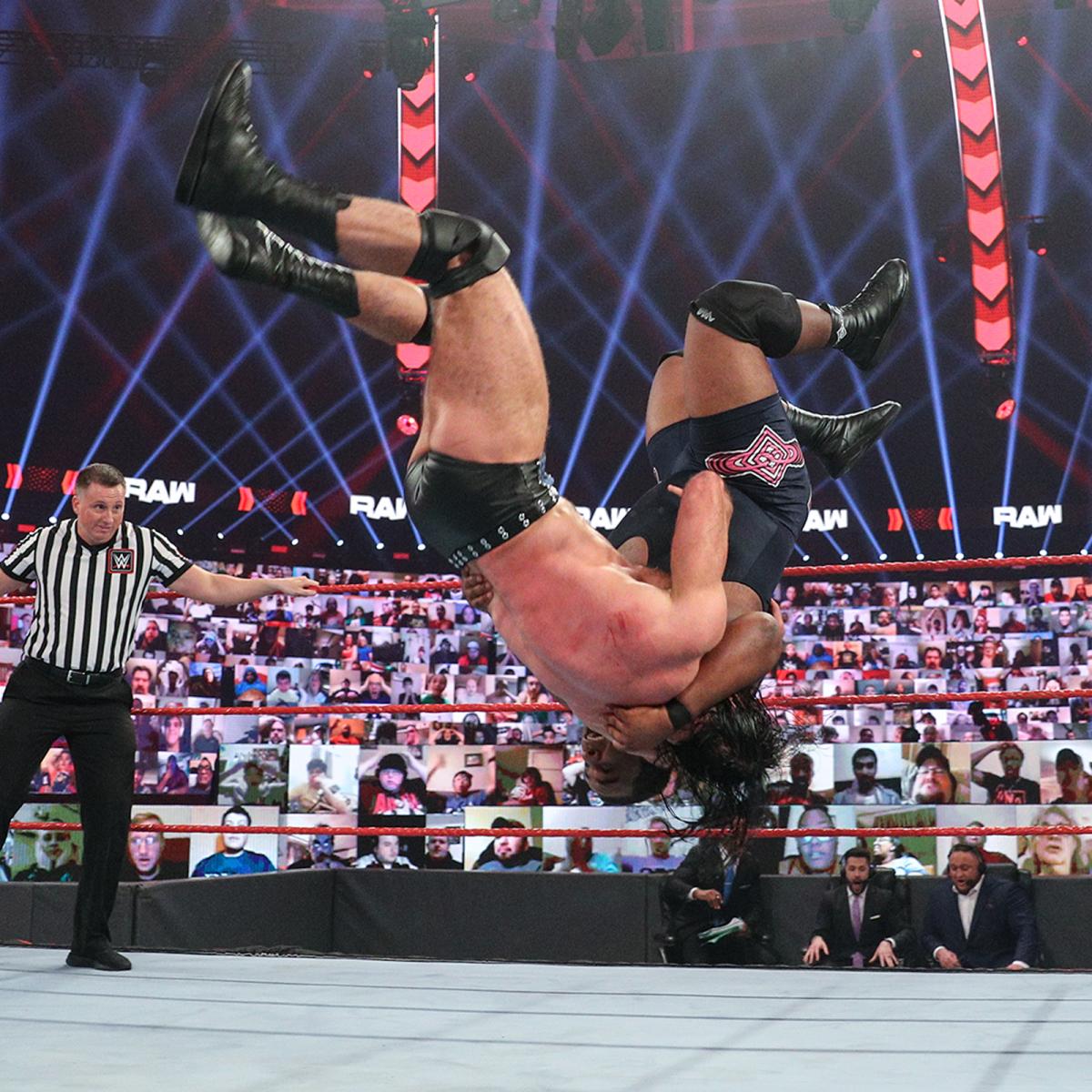 OK, fine, he almost landed really badly (maybe he actually did?), but holy cow, he landed it.

Asuka and Charlotte Flair versus Lacey Evans and Peyton Royce. 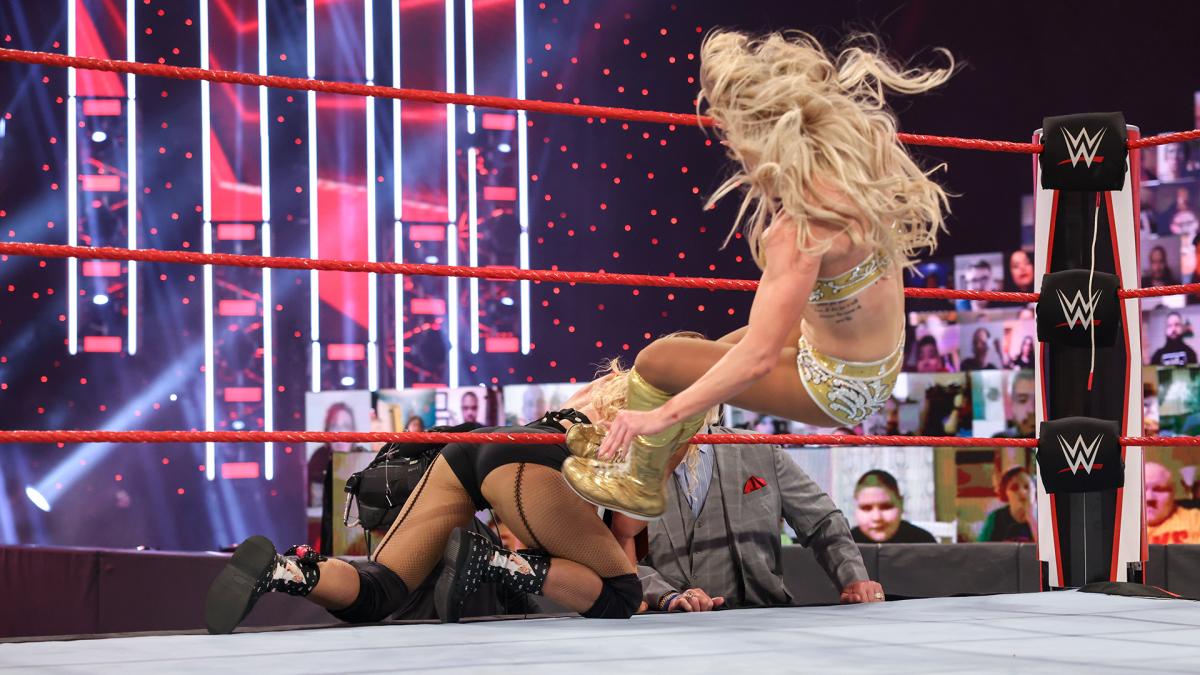 The match was just not fun to watch. Some bad or blown spots, for starters.

Then we revived the Flair family drama, with Charlotte mad at Ric for tripping her instead of Peyton? 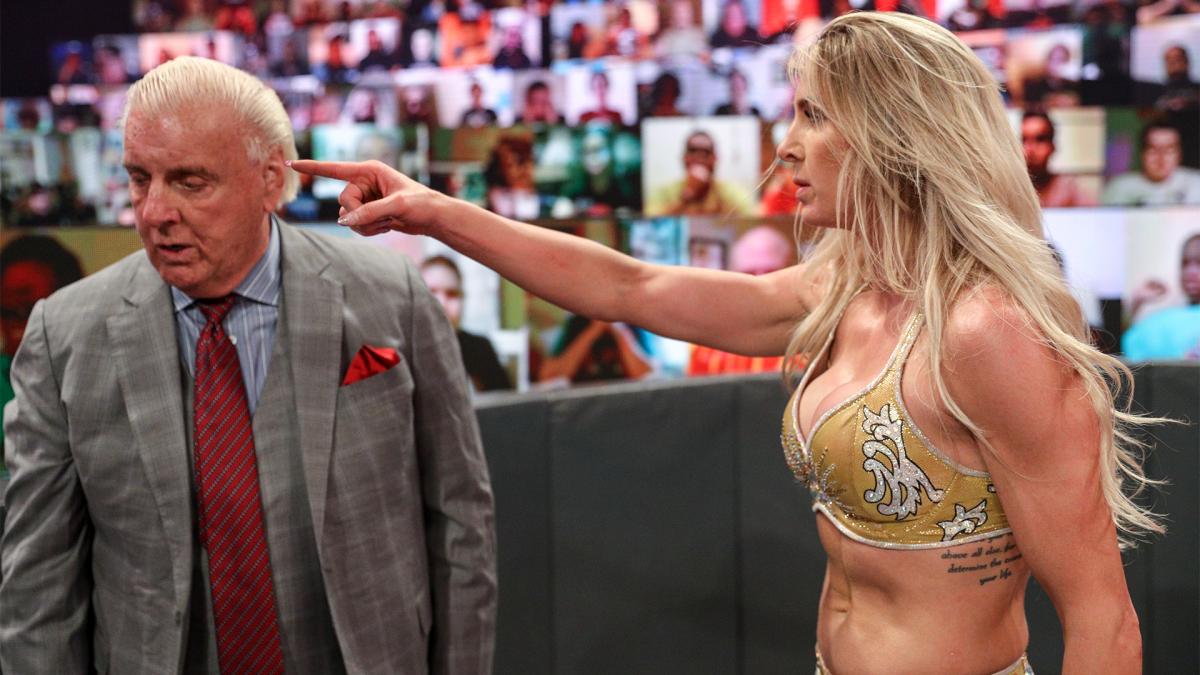 Just a case of too much going on in some respects. I get it’s Legends Night, but Ric only needed to show up and wave to the virtual fans…nothing else. 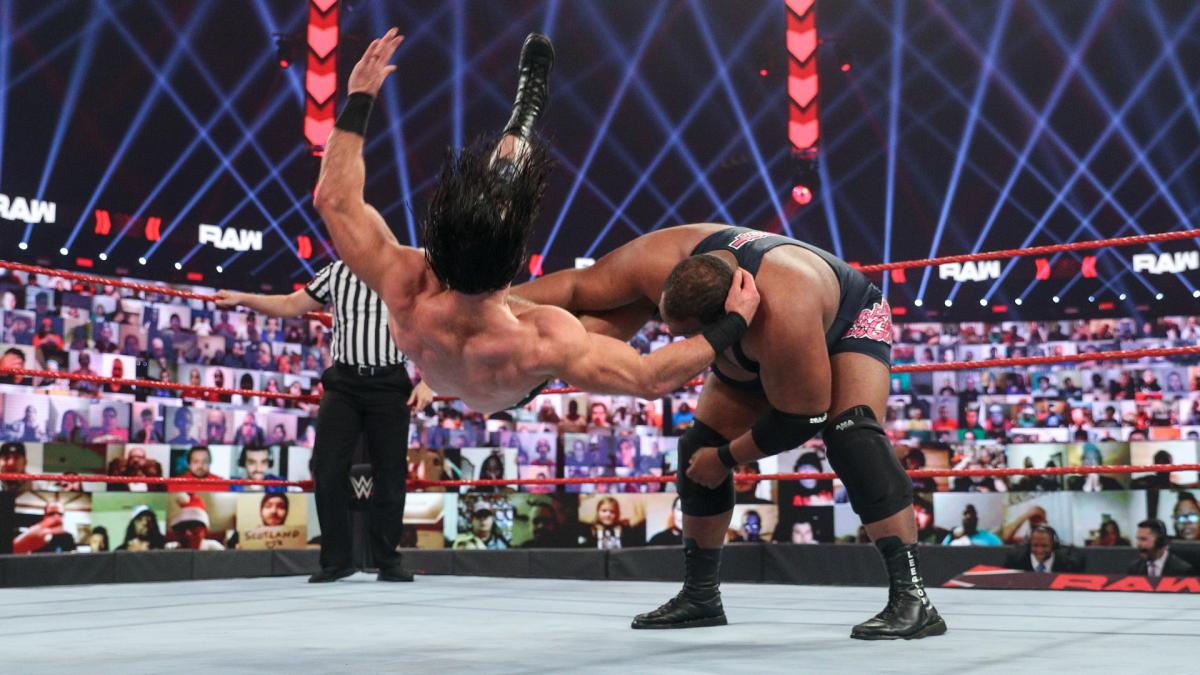 Drew McIntyre dumping Keith Lee onto and through the announce table.

Sometimes, WWE gives us a spot in slow motion and it ruins things. Other times, we see it in slo mo, and it makes the spot look even more brutal. 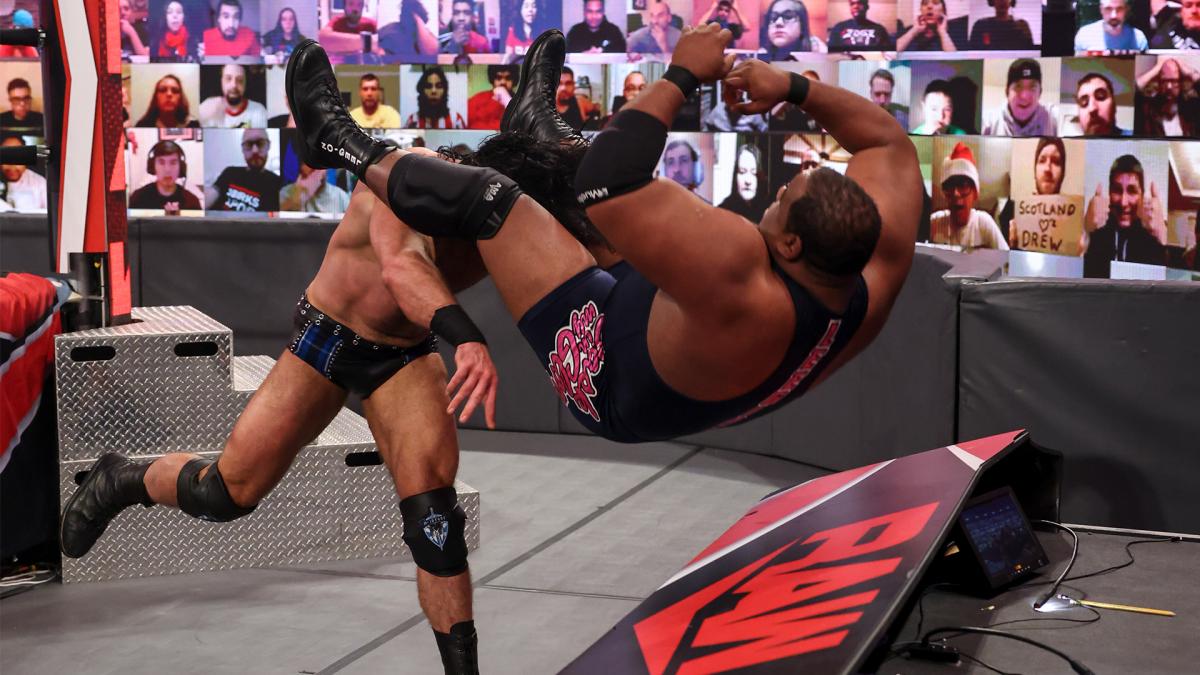 Tonight, they showed that spot in replay, and it looked even worse than it did at full speed.

After that, I have to say…Keith Lee and a Spanish Fly. This could land in a botch though, depending on what we hear after…because as Lee hit the mat, he was awfully close to landing on his head and hurting his neck.

By and large, it seemed the majority were back to get abused in some way by Randy Orton.

The rest were back for what normally, with live audiences, would have mostly been cheap pops.

Considering the proximity to the Rumble, and the absence of real fans who eat the Legends up (at times), the decision to have a Legends Night does seem a bit curious.

I will offer up three.

One, the impromptu match that saw Dana Brooke get a win over Shayna Baszler. It’s good to see Brooke get a big win, even if some could say it was a bit of a fluke. 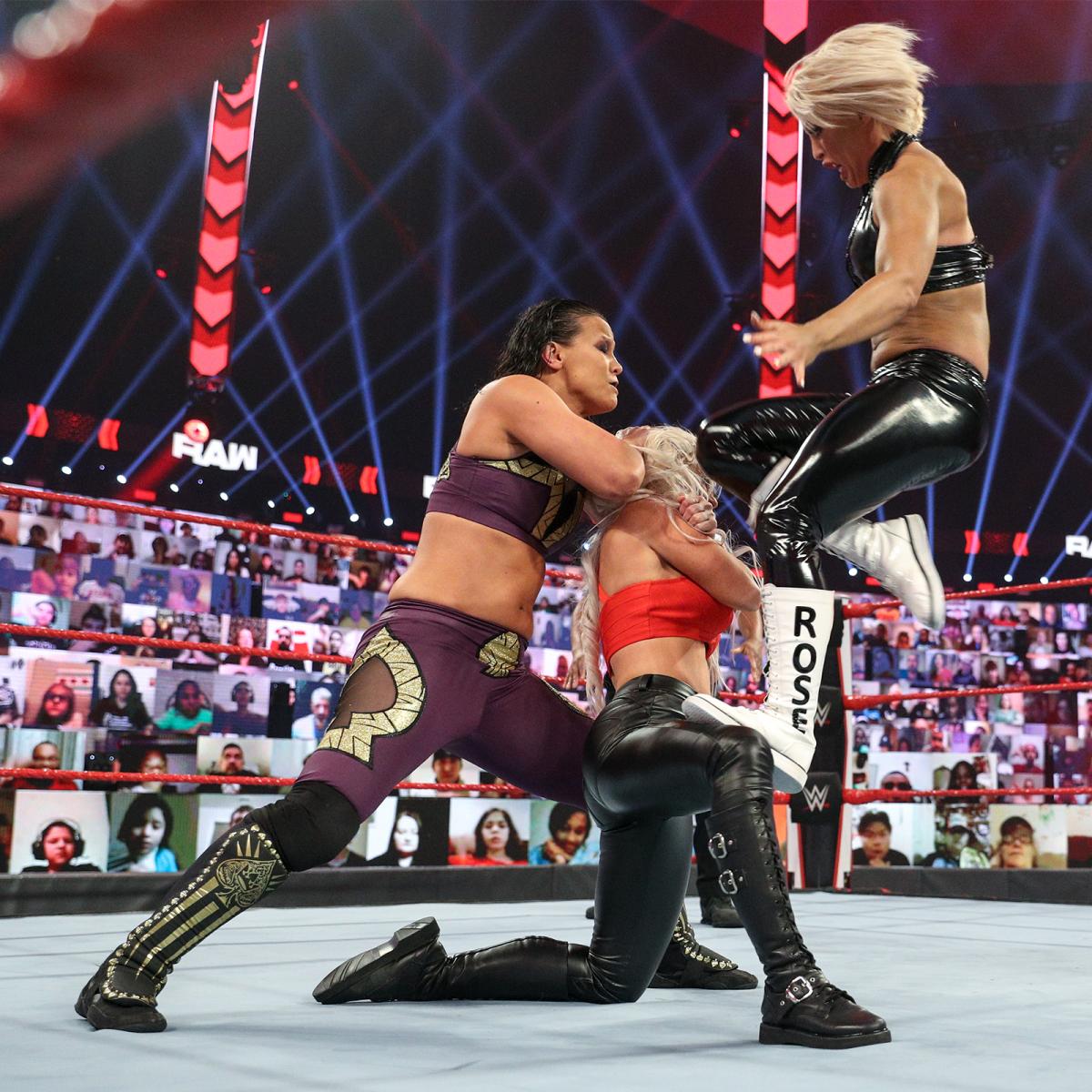 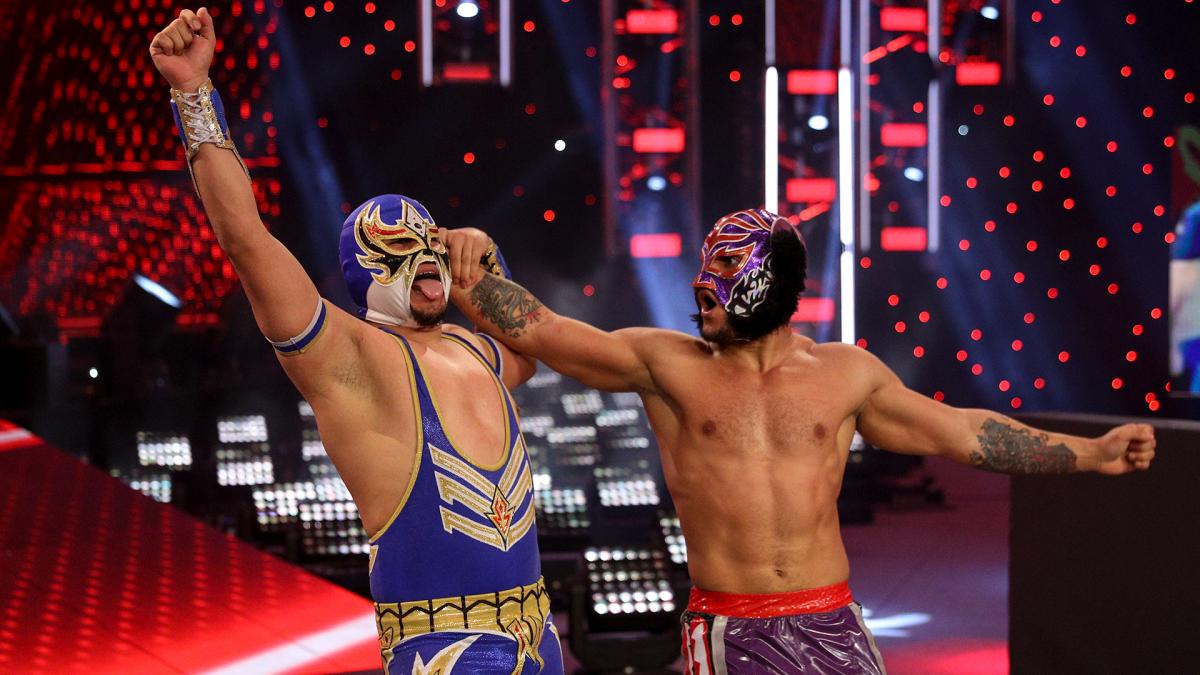 We knew he was coming back soon, but Goldberg showed up at the end of tonight’s show to set up the match with Drew McIntyre.

I don’t love the timing of it, because it seemed like we would be getting a great sign of sportsmanship between Lee and McIntyre…only to be interrupted by Goldberg.

He, of course, challenged Drew for the title at the Rumble.

Charlotte et al had some really ugly spots in that tag match.

Goldberg fumbled a line or two.

And in general, I was not in love with having Goldberg come back at that exact time, ruining what was the end of a really good match, where Lee and McIntyre seemed poised to have another show of respect. 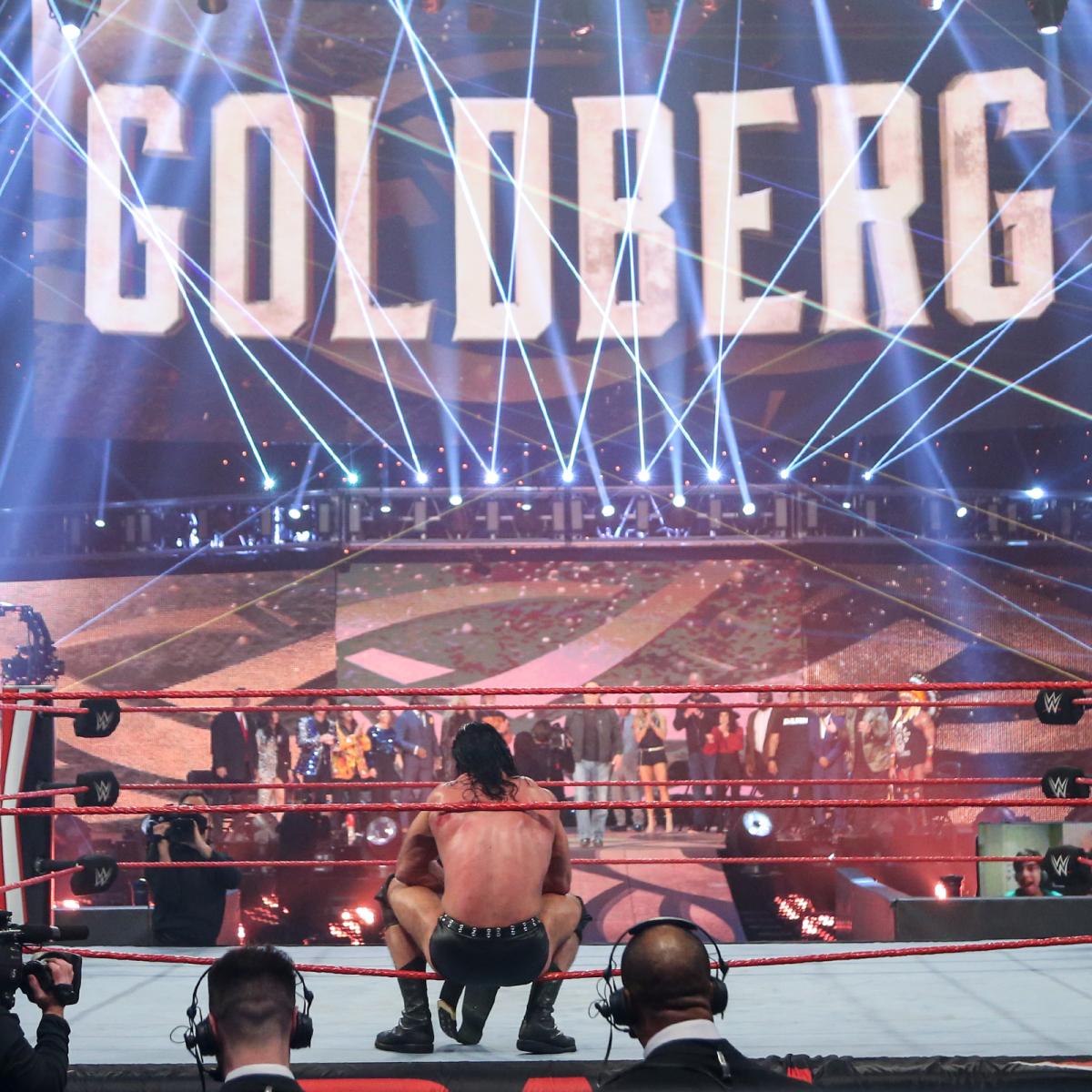 Or, a Lee heel turn. But no, we will endure a Goldberg match with Drew McIntyre (sure thought it would be against Reigns, but KO is doing better there).

Angel Garza went to meet Cardi B. Instead, he met the Boogey Man.

Who then sent him running into a pin by R-Truth, giving Truth yet another title reign. But he did also get a Ron Simmons “DAMN”, so I guess not all bad?

We’ve been seeing issues between Cedric Alexander and Shelton Benjamin going back to before they won the tag titles. This week on RAW, we saw more. 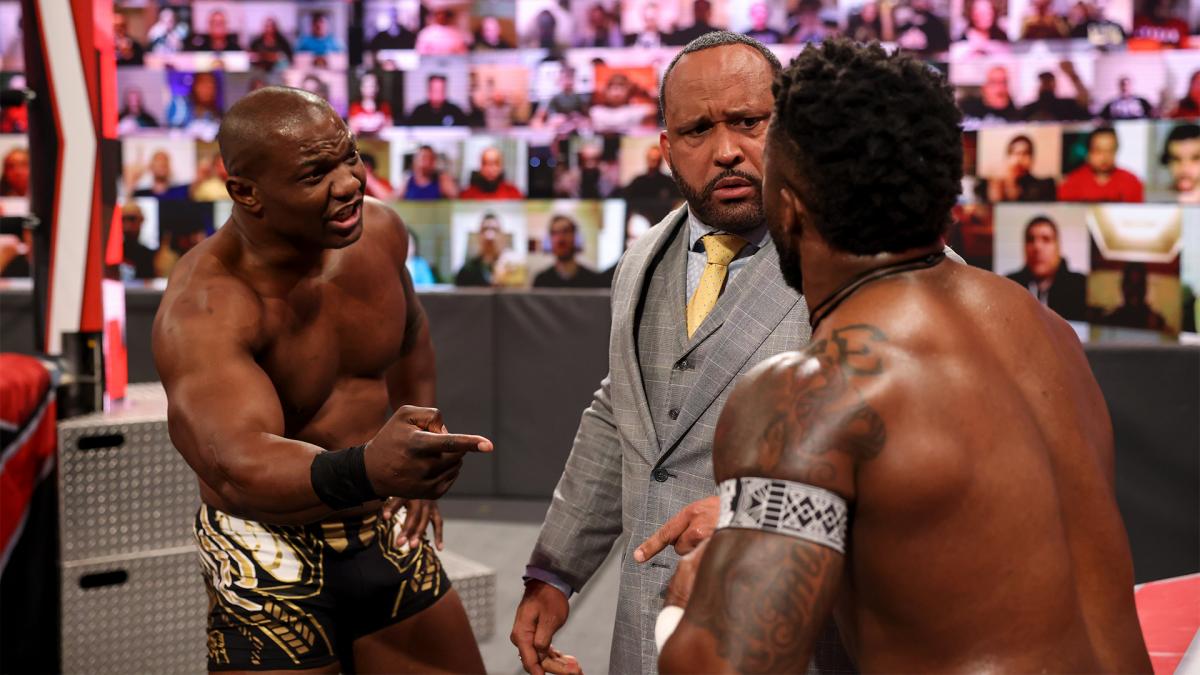 It will be interesting to see where this one goes-if anywhere.

I won’t say I hated the Legends…but I don’t love Legends Night. Or I didn’t, for the most part.

For one thing, the timing was weird. RAW was up against…nothing. No NFL, no college football, literally no other true competition this week (I hope they don’t consider The Bachelor to be competition…).

So, without need for something to bolster ratings against tough competition…this move felt weird from the start.

Then, all we got was Orton berating many of them? No adding to the scalps for the Legend Killer?

Also…no chance for The Fiend to make a return and play hero?

And I said I wasn’t thrilled with the Goldberg arrival…which makes my next line odd. 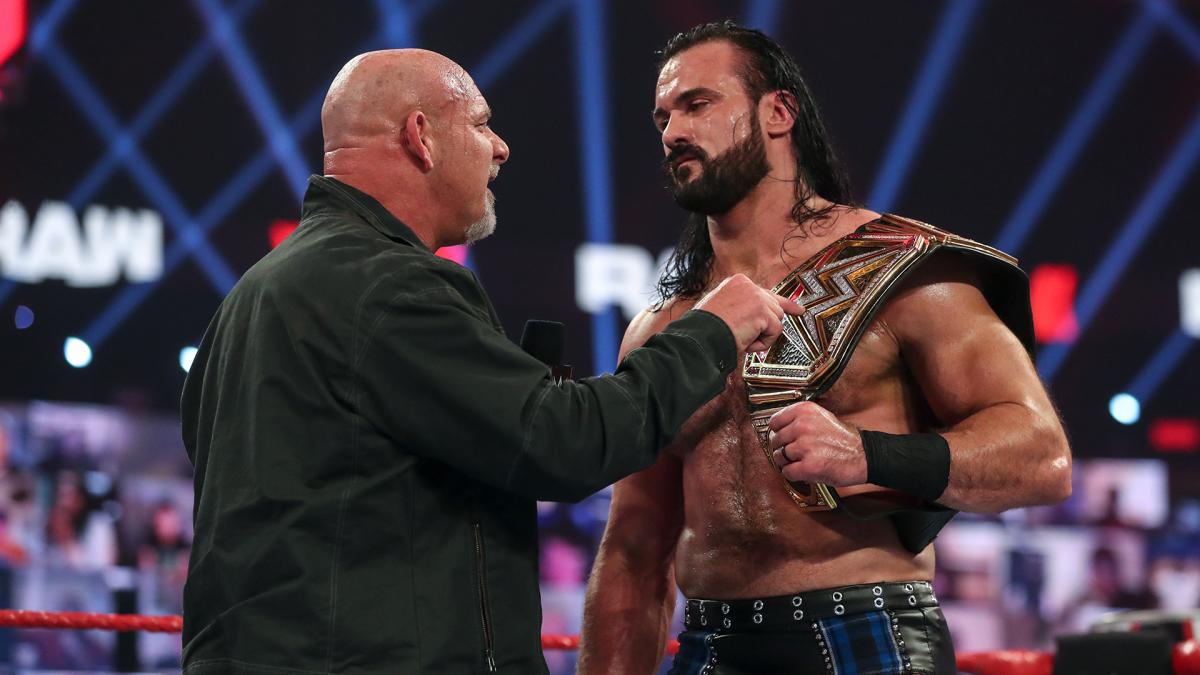 I hated WHEN they used him. I liked that we got a surprise Legend returning (though I saw many guesses on social media that it would be Edge showing up to re-boot his Orton feud).

Mild shock because, if memory serves, all signs pointed to Goldberg and Roman Reigns meeting at the Rumble…but as they say, “card subject to change”.

I also liked Matt Riddle’s feud with Bobby Lashley progressing. Not exactly the finish I expected when it unfolded, but it works.

Not blown away by a lot of this show. Legends were sort of meh, to be honest.

It was a mixed bag of “wait, so and so isn’t really a Legend yet, are they?” and “so and so just comes in for that couple times a year cameo to collect a nice check”.

I mean, heck, WWE even had to have Big Show defend being deemed a Legend (feels like a dig at Mickie James?).

Yes, there was good stuff. The Lee-McIntyre bout was very good, and I hope sooner or later Keith Lee holds that belt. But there was some really blah stuff, including from some you’d want better from.