ONE Unbreakable 2 Primer: Watch ‘Pretty Boy’ & ‘The Ghost’ in Action

ONE's 'Unbreakable 2' is going down Friday, and it will feature the hard-hitting Chen Rui and Kwon Won Il throwing hands.

ONE Championship’s busy schedule continues this week, as ‘Unbreakable 2’ is taking place Friday, and it will feature a compelling bout between Chen Rui and Kwon Won Il. 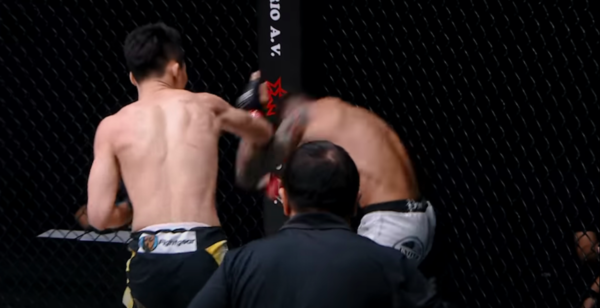 Rui has gone 8-1 to date and the Chinese fighter has recorded finishes in five of his six bouts.

Il is 7-3 in pro-action, and the South Korean bantamweight has scored six stoppages.

You can watch the fighters putting away opponents below.

Here is the complete line-up for Friday’s ‘Unbreakable 2’ card, which is taking place in Singapore.