Kong and Skull Island are receiving an anime prequel series from Legendary, Netflix, and the makers of the streaming Castlevania series.

Netflix boasts an anime trilogy for Godzilla and the upcoming series Singular Point so naturally, it was only a matter of time before they decided to play fair and give Kong his own anime. 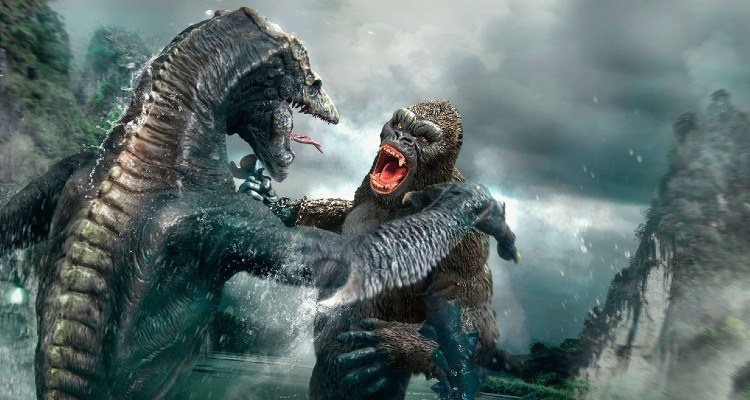 The streaming service announced they are teaming with Austin-based studio Powerhouse Animation for a new series, Skull Island, set in the continuity of Legendary Pictures’ MonsterVerse.

Netflix’s Twitter account devoted to updates on projects in development, NX, tweeted this on Wednesday: “A shipwrecked crew, an island of monsters, and one king to rule them all. Skull Island is a new anime series set in @Legendary’s Monsterverse from @PowerhouseAnim.” 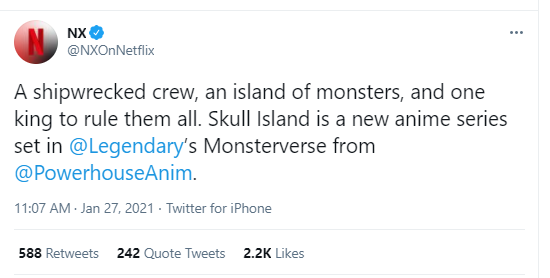 Related: Things We Learned From the Official Godzilla vs. Kong Trailer

It goes without saying that “one king” is the Eighth Wonder of the World and the monsters possibly include Skullcrawlers, Warbats, and other creatures we haven’t seen before.

An American studio that utilizes the form of Japanese anime, Powerhouse is responsible for the Castlevania anime series which almost guarantees Skull Island will be tinged with the kind of blood and gore the MonsterVerse mostly shied away from. 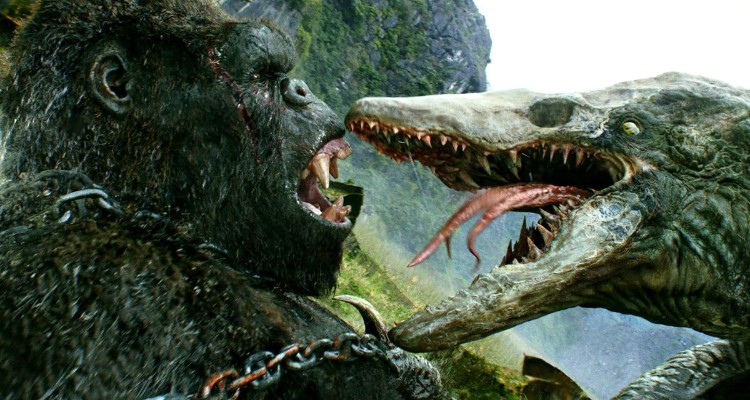 There’s no concept artwork yet so how bloody the series will be, or what it will look like, can’t be gauged currently. Based on Netflix’s logline, we can tell Skull Island is going to be a prequel to Godzilla vs. Kong and probably Kong’s solo entry in the franchise.

The premise sounds a lot like that of the 1933 film and its two remakes – one of which was directed by Peter Jackson – a hint that the series will tap further into lore established by Legendary and Kong: Skull Island. 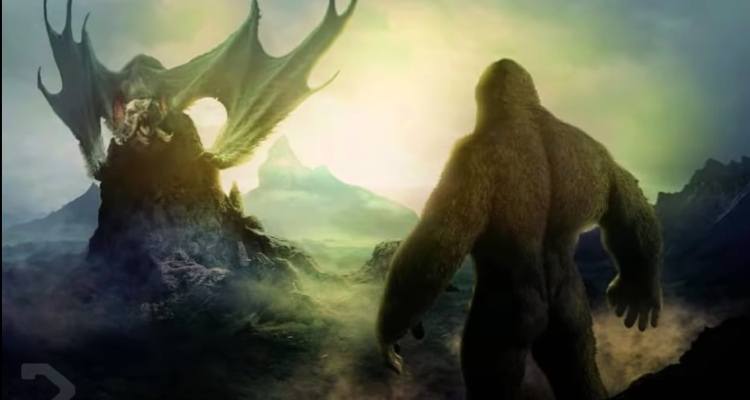 For instance, we don’t know the entire story behind the ship The Wanderer aside from it becoming a temple that natives crafted into a shrine to the King. If any of its crew survived and made off the island alive is unknown.

Skull Island, which has no release date so far, is being written and executive produced by Underwater and The Babysitter writer Brian Duffield. Jacob Robinson and his company Tractor Pants, producers of the upcoming Tomb Raider anime, are also EPs.

Legendary and Netflix are teaming up for one other animated continuation to a popular franchise with Pacific Rim: The Black.

Sequel to Godzilla vs. Kong Gets Its Release Date, Will Feature Godzilla