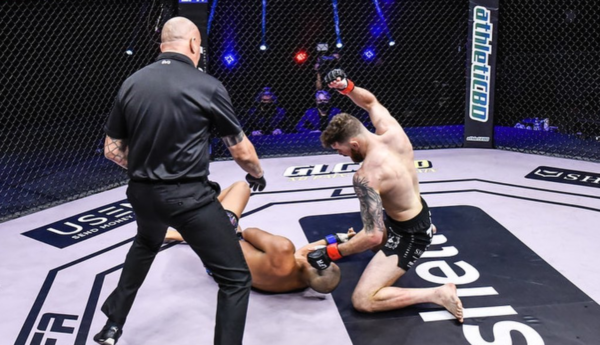 LFA is holding a tourney to determine the promotion’s new middleweight champ. Bruno Oliveira and Luke Fremd were booked to fight in one semifinal.

As you can see by watching the clip below, Fremd (7-1) quickly advanced to the finals by putting away Oliveira (7-3) with thumping punches.

Here are the results for LFA 98, which was hosted by Park City, Kansas (results via MMA Junkie [5]).