Legendary Impact Knockout ODB pleaded with AEW to spice up its women's division. And it seems she got herself in mind.

Impact Knockout ODB says that AEW’s women’s division needs to spice things up. Of course, she also has a plan for the company to do just that.

ODB thinks the AEW women’s division could be a whole lot better. And with her returning to Impact Wrestling, there is a possibility of her being involved.

AEW and Impact are working cooperatively lately. So, nothing is stopping some knockouts from crossing brands.

She had the following to say about a possible cooperation with AEW.

“That actually is something… because I’m not afraid to pitch anything. What are they gonna say, ‘No?’ [laughs]. That was actually one thing I said. Jacksonville’s an hour away from me,” said ODB. “I’ve been having my food truck there. Why not drive the b***h right in and go after some of those chicks?”

If ODB were to return, it would not be the first time she appears in AEW. In 2019, the wrestler appeared in the brand’s Casino Battle Royale.

Despite her plans, the Impact Knockout legend did mention a couple of problems with the women’s division.

“But they never really brought in a lot of girls that were named. They never brought in any of the TNA girls or ex-WWE chicks and stuff. But I think you need to spice that women’s division up a little bit.”

How Could AEW Improve? 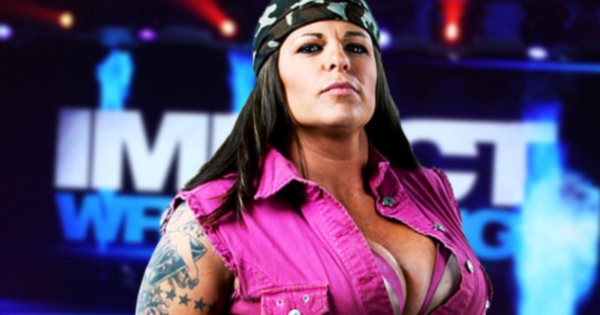 ODB’s idea is not bad at all. But I fear that too much crossover would take away from the brand itself.

Kenny Omega’s crossover with the title is successful so far. However, AEW already has an established men’s division.

The same cannot be said for the women’s division at All Elite. While there is enough talent, there are only two women who arguably stand above the rest, Britt Baker and Hikaru Shida.

AEW must build more competition for female wrestlers on the roster. While it does have the talent, they seriously lack storyline and serious competition.

Some of the wrestlers on the roster should head to Tony Khan with some interesting ideas. Otherwise, the division may be dead before it even started.

When you look at the talent on the roster today, there is even some room for tag team competition. But as of yet, there is no real tag team title for women to go after.

The WWE only created the tag team titles in recent years, so it could take awhile for AEW to do something similar. But at the end of the day, something needs to happen for the division to become more interesting.

Tony Khan is not a stupid man though and he does listen to good ideas. However, I am left wondering why it takes this long for AEW to build its own division of female wrestlers.

While we do have some amazing talent in the form of AEW champions, that means little if the brand does not have its own set of powerful women.