KSW 58 went down on Saturday in Lodz, Poland, and the event saw one of Europe’s most highly touted prospects, Salahdine Parnasse [1], take his first loss. 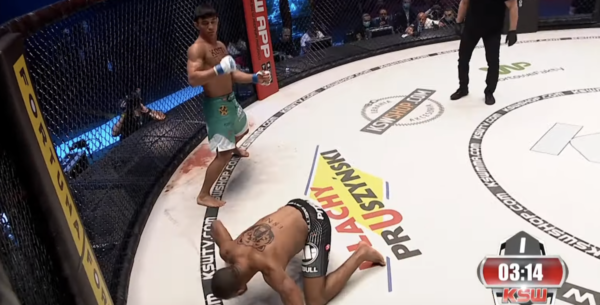 If you’re a  huge MMA fan who follows prospects, then chances are you’re aware of who Parnasse is. Heading into KSW 58, Parnasse had gone 14-0-1 and was holding the promotion’s featherweight crown.

Due to the 23-year-old’s abilities and records, he was widely considered to be one of the best prospects in Europe, if not all of the world.

But, as you can see by watching the video below, the 26 year-old Torres clipped Parnasse with a right hand behind the head, and that was that.

Here are the complete results from the event (results via MMA Junkie). [2]