Kathy Griffin has asked her Twitter followers whether the backlash to her 'Donald Trump beheading' photoshoot was the result of GamerGate.

It appears that Kathy Griffin has just learned of GamerGate, as the comedian recently asked her followers whether the backlash against her infamous ‘Donald Trump beheading’ photoshoot could be blamed on the nearly-decade old internet controversy. 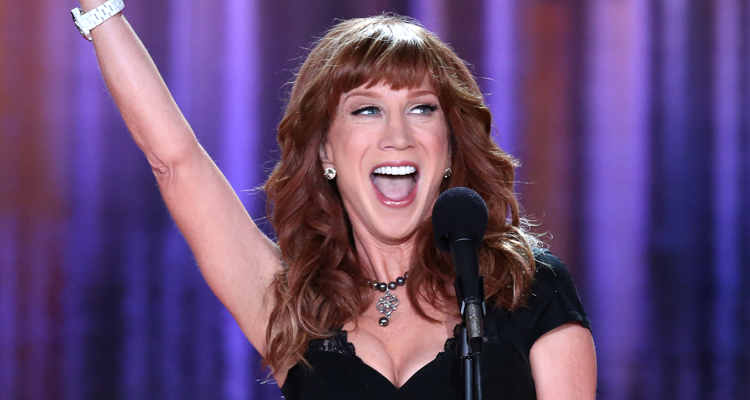 On January 24th, Griffin, seemingly unable to accept that her now-infamous photoshoot had failed to garner her the widespread adulation she had hoped for, proposed a question to her “techie, smarty pants followers of mine!”

“Do you think what happened with my trump photo scandal being such an international overblown outrage could have been because of this “GamerGate” thing I’m just learning about?” asked Griffin.

As of writing, Griffin has not followed up on her initial question, thus leaving it unknown whether she will continue to pursue this line of scapegoating.

Ironically, as GamerGate continues to be blamed for nearly every instance of unexpected negative feedback, whether warranted or not, Griffin herself seems to likewise be unable to move past this moment in her career.

Griffin first tweeted the photo of herself holding a fake prop of then-President Donald Trump’s severed head in May 2017. However, after finding herself on the receiving end of a wave of outrage and criticism, Griffin deleted the photo and apologized for its posting.

“I sincerely apologize,” said Griffin at the time. “I am just now seeing the reaction of these images. I’m a comic. I crossed the line. I move the line, then I cross it. I went way too far. The image is too disturbing. I understand how it offends people. It wasn’t funny. I get it.”

Griffin would later rescind her apology just a few months later following the former President’s pardoning of Joe Arpaio and his ban on transgender individuals serving in the military, telling Australian news program Sunrise in August 2017, ““So the picture happened, the outrage was ridiculous, I made an apology, and now in light of all the crazy stuff that he (Trump) and this administration are doing….. He’s unhinged.”

“Stop acting like my little picture is more important than talking about the actual atrocities that the president of the United States is committing,” Griffin asserted.

The comedian would also repost the photo on the eve of the 2020 US Presidential Election, though the image failed to amass any notable attention.

What do you make of Griffin’s question? Let us know your thoughts on social media or in the comments down below!