Jim Cornette is no longer friends with Chris Jericho because of his endorsement of Donald Trump. And, the latest on Ricochet's WWE run.

Friendships do not last forever, which is exactly what happened between Jim Cornette and Chris Jericho. Also, the latest on Ricochet’s future in WWE.

People say politics can ruin a relationship. For Jim Cornette, he no longer sees Chris Jericho as a friend.

It all involves Donald Trump and Jericho’s support for the soon to be former United States President. Earlier in the week, it was reveled how Jericho donated around $40,000 to Trump’s 2020 unsuccessful bid for reelection.

During the Jim Cornette Experience podcast, there was no holding-back. Cornette unloaded on the first AEW World Champion.

Cornette losing his cool is nothing new. But, he has been friends with Jericho for decades.

Now, at least according to Cornette, those days are long gone. 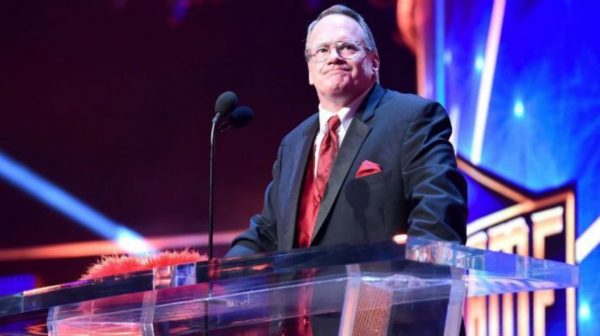 “Chris – don’t be on a cliff around me because f— you, you can f—ing drop,” said Cornette. “And this is from Jim to Chris, f— you. F— you. You’re a filthy human being that supported a filthy disgusting pig. And that’s why you get my f— you.”

“We are no longer friends and never will be again. And I don’t feel bad at all anymore about f—ing taking apart your s—– f—ing performances on this f—ing supposed wrestling program.”

“You’ve infected people, now you’ve got infected yourself, because you’ve been listening to this f—ing Mango Mussolini. And you think just like him and I’m ashamed of you. And I’m sorry that I asked Lance Storm, ‘Hey, can you bring that guy you were working with in your audition video along, he looks good too.'”

“I’m sorry I said that, because now I played a part in you being able to be successful enough to give Donald f—ing Trump $40,000. You’ve got too much money Chris and too little sense.”

“There’s no f—ing handicapped children or abused animals that could have used that money? F— you.”

A clearly upset Cornette made several points during his rant. He complains about Jericho’s current appearance and failing to promote younger talent in AEW.

Then, he goes after Jericho getting COVID because of the major concert he held. Also this week, we learned Jericho contracted the virus earlier in the year.

Sometimes, time heals all wounds and we will have to see if Jericho or Cornette change their opinions. It seems unlikely, but you never know. 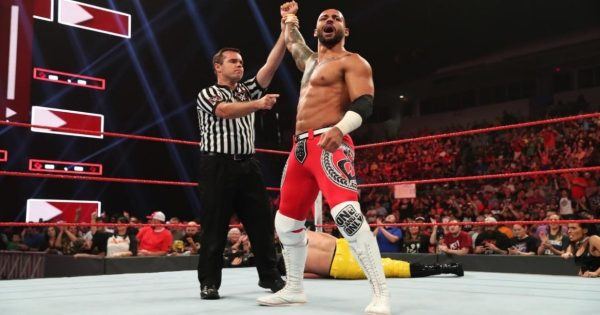 Last week, there was speculation that Ricochet could be on his way out of WWE. Now, that tune has changed.

The Wrestling Observer Newsletter reports Ricochet’s contract does not expire until the summer of 2024. Originally, there was some belief his deal ended this month.

He apparently signed a five year deal when he joined the main roster in 2019. Most are under a deal that typical runs three years.

Like many, Ricochet found his most success in NXT. His highflying style was a major hit among fans.

Well, like many times, Vince McMahon did not have the same vision. Therefore, Ricochet’s main roster run has quickly dropped.

Right now, Ricochet has been battling Retribution for months. Mostly, the stable has gotten the upper hand.