Jason Jordan has been out of action for about 3 years, but he's working on an in-ring return. And, Mercedes Martinez on leaving Retribution.

After years out with an injury, Jason Jordan has not give-up on an in-ring return. Also, WWE superstar Mercedes Martinez felt Retribution was not the right fit.

Jason Jordan was booked for a major angle, but an injury ended that. He was in a storyline where Kurt Angle was his father.

The angle was supposed to see Joran turn heel. Then, the two would battle at WrestleMania.

A serious neck injury stopped all those plans and WWE had to drop the angle. Jordan underwent surgery in early 2018 and was expected to be out one year.

Since then, he has still not been cleared to compete. Therefore, WWE made him a producer.

Who would be down for a Jason Jordan return???

Which brand would you like to see him return to???#WWE #WWERaw #Smackdown #WWENXT

“It’s unfortunate what happened to him with his injury but you never say never,” said Gable. “He’s working on it; he’s trying to get back and who knows?”

“We’re holding out hope that Jason Jordan will be back in the ring again. The initial thought was that his injury wouldn’t keep him out of action for a ton of time. Fans are still waiting for Jason Jordan’s return, and they shouldn’t give up hope.”

As part of American Alpha, they won gold in both NXT and the main roster. If given the chance to revive the team, Gable is down.

“A reunion is always something that I would never be against,” said Gable.

Mercedes Martinez Not Into Retribution 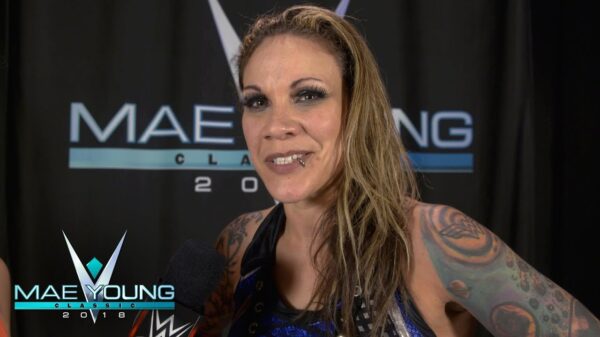 When WWE first introduced Retribution, they had no direction for the stable. For months, masked individuals caused chaos all around.

Eventually, WWE decided it was time to move forward. They gave the members some bizarre names, but still needed to find people to fill those roles.

Then, WWE started grabbing wrestlers from NXT and promoting them into the group. Originally, there were two females.

They were Mercedes Martinez and Mia Yim. Martinez would depart the group early on and return back to NXT.

While speaking to PW Insider, Martinez explained her decision to not take part in the stable.

“I was given an opportunity and I took the opportunity not knowing what the outcome would be,” said Martinez. “You got to make the best with anything you can, but I think when that opportunity came, it just wasn’t for me.

“When you hit the pinnacle of your career, as I did, hitting 20 years, you want to make the most of your career and make it part of a legacy.”

Since Retribution’s masks do not really hide any faces, fans quickly knew who was part of the group. And, Martinez does not argue that point.

“I just think being part of that group, it’s not hidden fact that it was me,” said Martinez. “I don’t hide the fact and I don’t mention it. Only because it was just a small part of what the bigger picture is.”

Martinez returned to NXT and left an impression right away. She went right after NXT Women’s Champion Io Shirai.

Nothing is official, but those two seem headed towards a title match. There is a strong possibility that day arrives at the next Takeover card.

For now, Martinez is part of the Women’s Dusty Rhodes Classic with Toni Storm.