If you are unfamiliar with Black Cat, it’s the alias for Felicia Hardy. 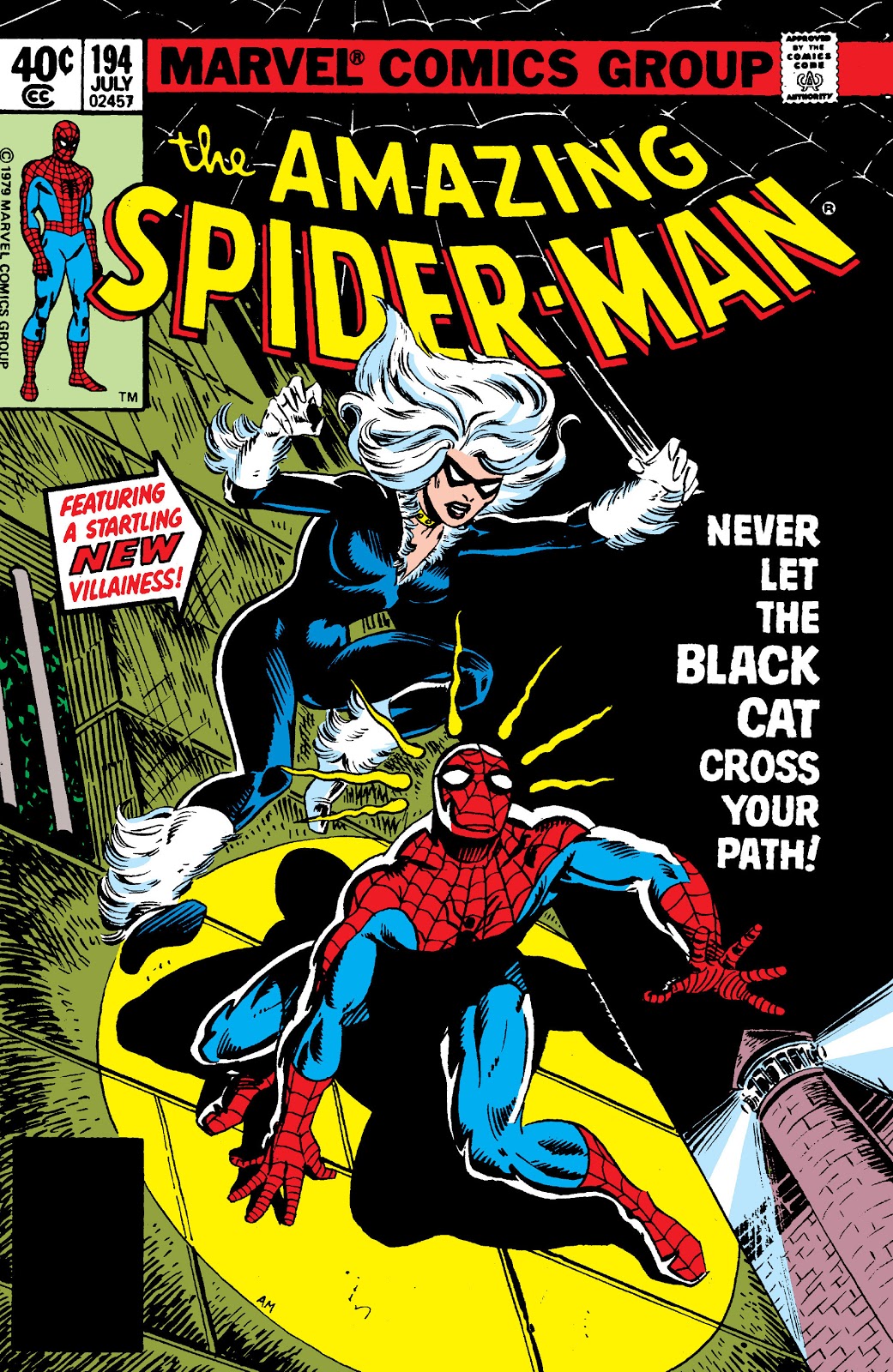 Related: Here’s What WWE Superstar Sonya DeVille Could Look Like As X-23

In her first appearance, it’s revealed she’s a thief, but when Spider-Man first runs into her, he’s got other things on the brain, namely wondering if Black Cat has a clean record and if he could take her on a date.

He even describes her as a a “real swinger.”

However, those notions would quickly vanish when he discovers she’s buying an entire arsenal full of weapons from Emil Greco.

A fight ensues with Black Cat getting the best of Spider-Man on a number of occasions. However, Spider-Man is relentless in his pursuit of her, so she adjusts her tactics and attempts to use her womanly wiles on him.

It works as Black Cat gives Spider-Man a big kiss and leaves him stunned as she gets away with the weapons she purchased from Greco. 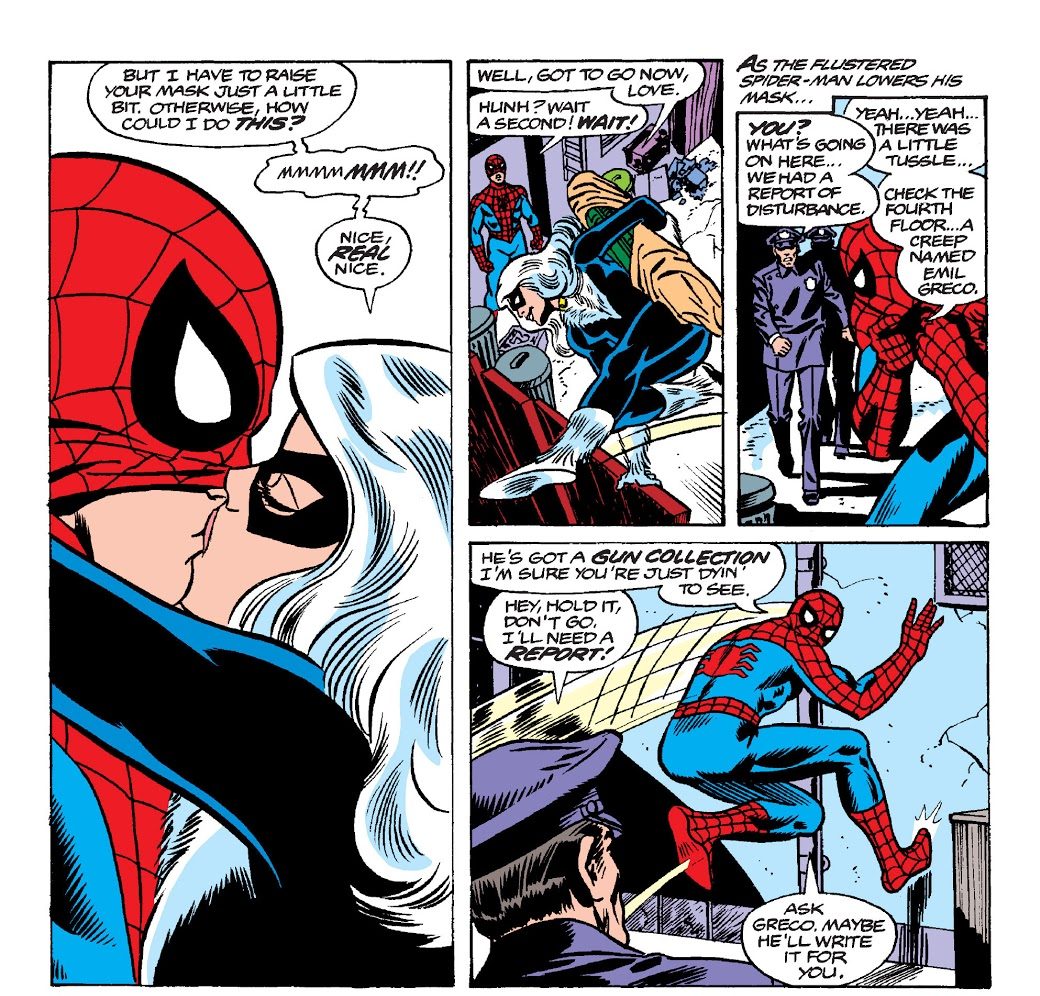 She then proceeds to use the weapons to help her father, Walter Hardy, break out of prison.

After rescuing her father and reuniting with him, Hardy reveals her identity and just how much training she went through to emulate her father.

She reveals she became an expert in “martial arts, gymnastics, the tricks of burglary and much more.” 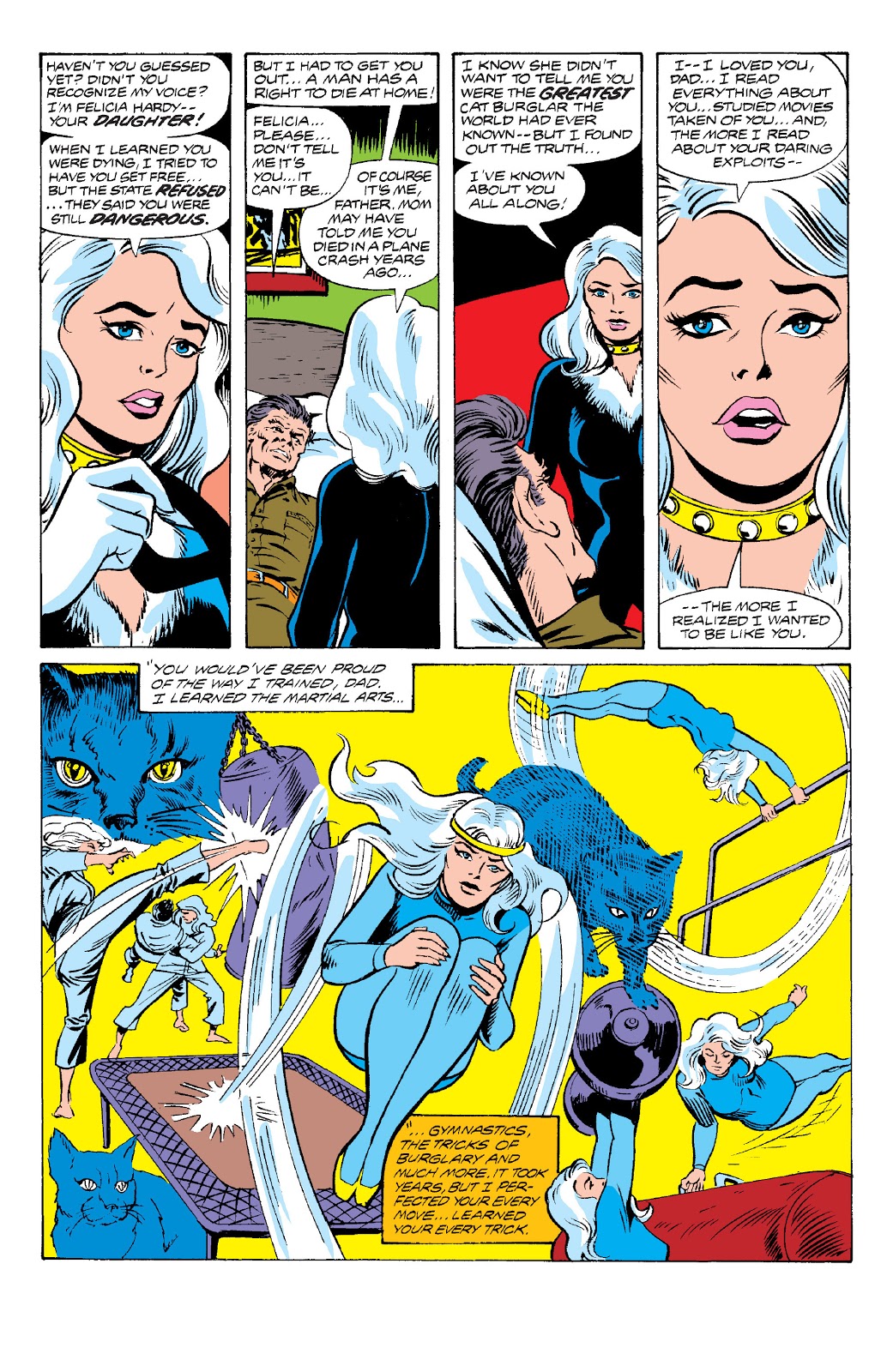 As for Scarlett Bordeaux, the official WWE website states, “If looks could kill, Scarlett might as well be a walking lethal weapon.”

Bordeaux has made it quite easy to imagine herself as Black Cat as she’s shared a number of photos of herself to Instagram wearing tight fitting black leather and latex suits and dresses accompanied with long black gloves with sharpened claws.

She then shared another full cat suit in June.

In July she shared another photo of herself wearing the black latex catsuit.

In November, she shared another photo wearing what appears to be a black latex dress.

Given there’s ample examples making it easy to imagine Bordeaux as Black Cat, The Imaginative Hobbyist shared his photoshop edits turning the WWE Superstar into the Marvel Comics character.

And if you were wondering what Bordeaux might look like as Harley Quinn, the WWE Superstar shared two photos of her dressed up as the infamous DC Comics villain.