Several members of the mainstream video game media have placed the blame for the January 6th events in Washington D.C. on GamerGate.

Several members of the mainstream gaming media, each of their own accord, have hyperbolically asserted that GamerGate is to blame for the unprecedented protest event that took place in Washington D.C. on January 6th. 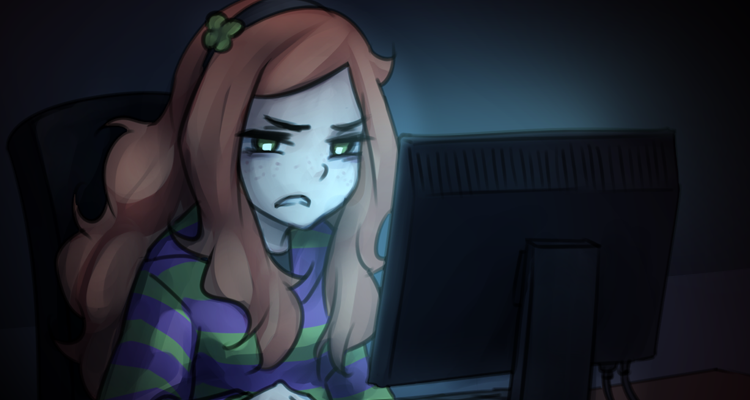 Former congressional candidate and Revolution 60 developer Brianna Wu, who has previously blamed GamerGate for everything from mass shootings to the election of President Donald Trump, claimed that the events at the U.S. Capitol unfolded because “there weren’t any criminal consequences for Gamergate.”

She then concluded that “America is getting worse because we won’t have consequences.” 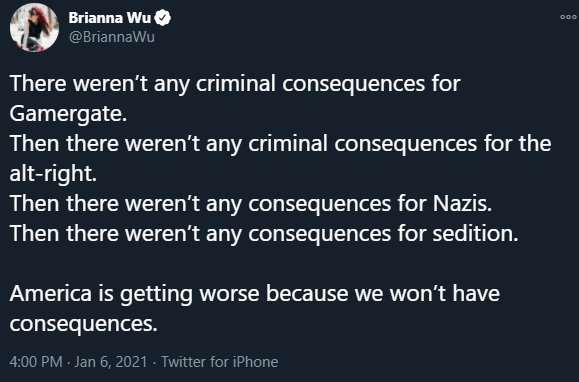 Polygon Co-Founder Arthur Gies begged the “mainstream news media people [who] follow me on here” to “apply network resources to observe the lineage between gamergate and today.” 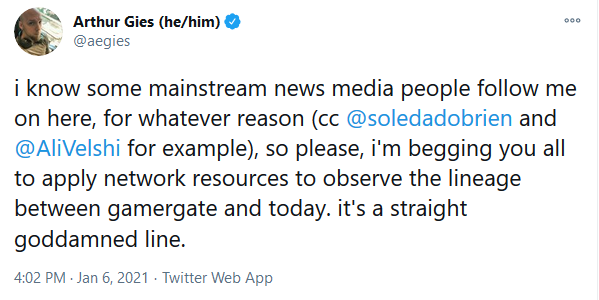 Unfortunately, both Wu and Gies deleted their respective tweets before proper archives could be made, though not before the above screenshots could be captured.

Similarly to Gies, outspoken GamerGate critic Ashley Lynch wrote that she could “draw a direct line from channer edgelords wanting to destroy a female game designer to a fascist insurrection attempting to violently overthrow a country.”

“Seeing some people say this in private to protect themselves so I’ll say it out loud: there is a direct line from the game industry and media’s failure in addressing gamergate to the right wing terrorism we’re seeing today. Period.” argued God of War (2018) producer Shayna Moon.

Related: Activist Calls for Removal of Anime Lockdown Convention Staff Member Due to Past Support of GamerGate

DC Comics author Zoe Quinn pushed back against the claims of her peers, taking issue with the fact that some were not “acknowledging that GG was a symptom of the larger systemic bigotry that has always existed, an extension of DV, and the failure of online platform holders to act right.”

“I really don’t appreciate being used like that!!” she added.

She further explained that she believed such a misrepresentation to be “ahistorical and missing the bigger picture AND ignores the folks who stood up about this stuff before GG.”

“It’s super uncool on a personal level to feel like terrorism is another consequence of a profoundly abusive relationship I still have nightmares about,” Quinn continued.

Do you think GamerGate has any connection to the events of January 6th? Let us know your thoughts on social media or in the comments down below!