DC Future State: Next Batman introduces a new team of supervillains but these are Gotham Rogues protecting the city.

Some of Batman’s villains have put aside their schemes of domination and destruction and united to protect Gotham City from the new threats brought on by the Future State saga. 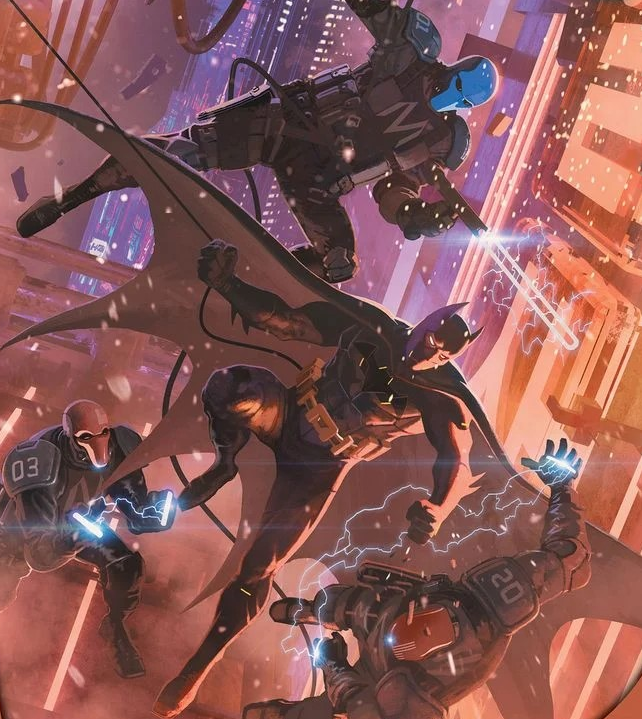 Starting in Future State: The Next Batman #1, big names like Clayface and Two-Face are joined by Humpty Dumpty, Zsasz, Anarky, Copperhead, and Doctor Phosphorous to form the Arkham Knights – Gotham’s very own Suicide Squad, in a way.

Unlike Task Force X, the Arkham Knights are volunteering, not drafted against their will by the government, to stand up against Gotham’s new mercenary police force, the Magistrate, which operates more like a Gestapo Big Brother. 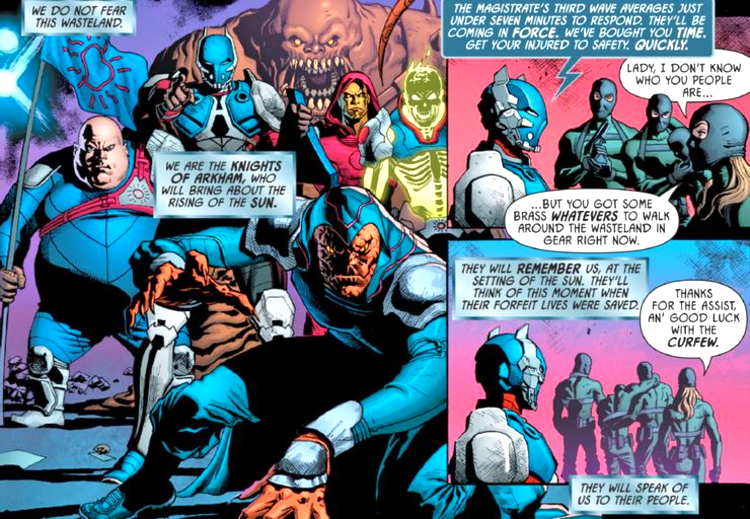 The Magistrate has zero-tolerance for heroes, vigilantes, gangs, and most especially masks. Other citizens of Gotham, some everyday and not-so-everyday, are fighting back through various means, even legal and by the book, but the city is still brought to its knees by the Magistrate’s disinformation, spying, and ruthless tactics.

There are no explosives in their necks motivating them to fight this but the Knights do have an Amanda Waller-type to lead and keep them in line. She is Astrid Arkham, the last descendant of the Arkham Family that began with settlers Ezekiel and Amity Arkham. 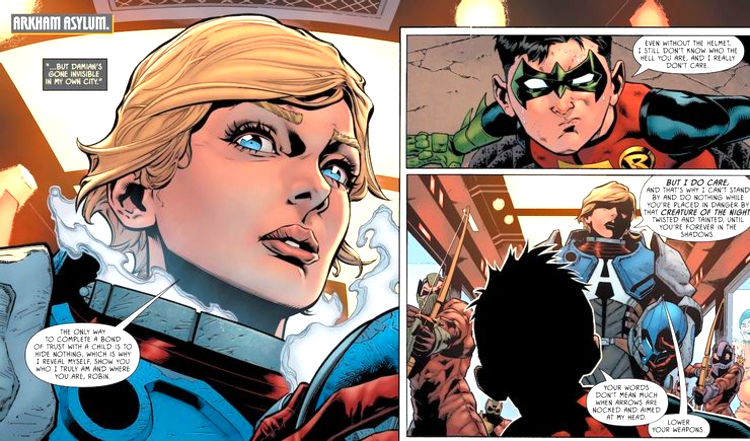 Astrid proves herself as a capable leader and the former criminals and rebels she recruits prove to be efficient soldiers opposing the Magistrate’s Peacekeeper army. Despite their fractured psyches and aberrant tendencies, Astrid keeps the likes of Zsasz and Two-Face in check without much trouble.

She looks at them as human beings, as any do-gooder Arkham doctor might, and also like family. Astrid dresses their wounds back at their base – an abandoned Wayne Manor – and finds novel ways for her volatile team to channel their aggression. Zsasz, for one, sates his urge to kill, or “liberate” victims from life, with Peacekeepers rather than innocents. 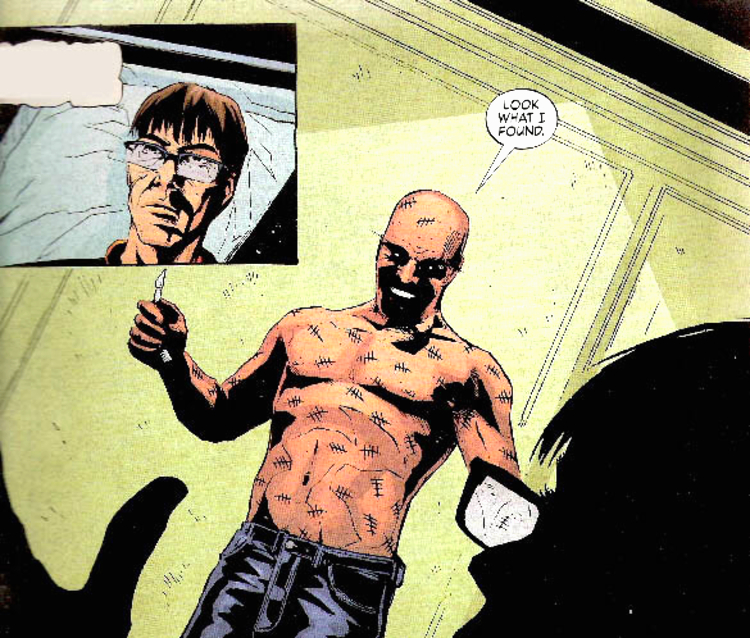 Looking for recruits, the Knights seek out Killer Croc to add to their ranks, but they are in a race against the clock. The Magistrate is searching for Croc as well and will either brainwash and recruit him themselves or kill him to eliminate one more outstanding threat to their order.

The Knights luckily get to Croc first and though they may have to regroup, they live to fight the Magistrate another day, which is something Gotham desperately needs in the absence of Bruce Wayne, albeit the fact there’s a new Batman running across rooftops written by American Crime scribe John Ridley. 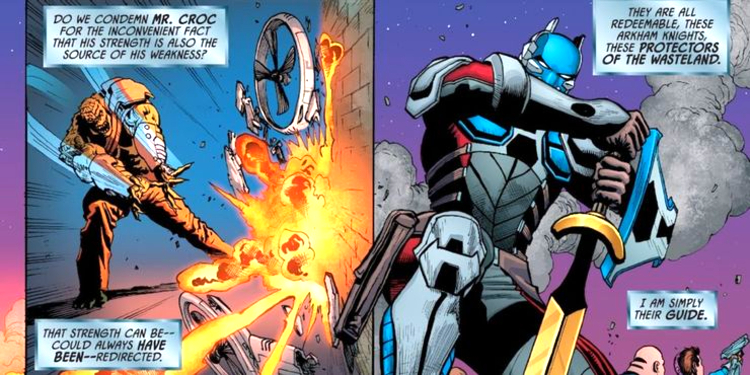 Future State is going on now and will wrap up in March. Future State: The Next Batman #1 by Paul Jenkins and Jack Herbert is on sale now.

Tell us what you think of this twist for Batman amid Future State – essentially, a second quasi-Thunderbolts for DC except with Bat-villains. And sound off too on Future State below.

Nightwing: Year One Co-Writer Scott Beatty Urges Fans to Get the Deluxe Edition Back in Print