The UFC has two big, lightweight fights on deck, and recently Dana White revealed the promotion is hoping to book Gaethje versus Oliveira.

As UFC 257 approaches, which will feature two pivotal fights at lightweight, Dana White’s revealed the promotion has another all-star match-up in mind. 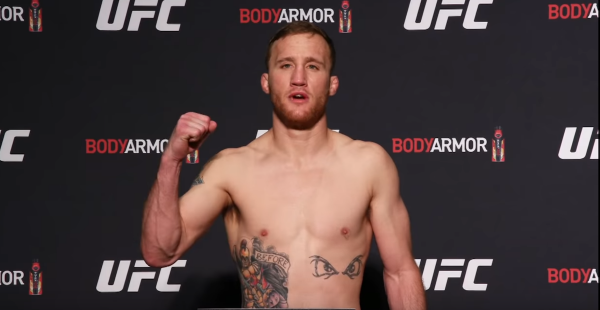 As you likely know, the January 23rd card will feature Conor McGregor taking on Dustin Poirier, and Michael Chandler battling Dan Hooker. As a result, there’s been plenty of talk lately about who Justin Gaethje and Charles Oliveira could fight next.

After all, Gaethje is a former interim champ and is currently ranked #1 in the lightweight division and ‘do Bronx’ is #3, following his win over Tony Ferguson in December.

Well, during a recent chat for ESPN+, White reportedly said this,when asked about Oliveira’s next opponent.

“If everything works out, it will probably be Justin Gaethje,”

So, given the current landscape at the top of the lightweight division, these plans aren’t surprising. Ferguson is coming off losses to Gaethje and Oliveira, and McGregor – Poirier 2 is on deck.

One would think that the winners of McGregor – Poirier 2 and Gaethje – Oliveira will square off for the lightweight belt, if and when the UFC decides to strip the retired Khabib Nurmagomedov of the title.