Superstars come and go…but could Ricochet leave WWE? Also, it was mentioned that a member of the New Day was sidelined for a while, so is Kofi Kingston legit injured?

Not that long ago, Ricochet [1] was battling a losing fight against Retribution [2], and now we ask: could Ricochet leave WWE?

According to the Wrestling Observer [3], that could indeed be the case. 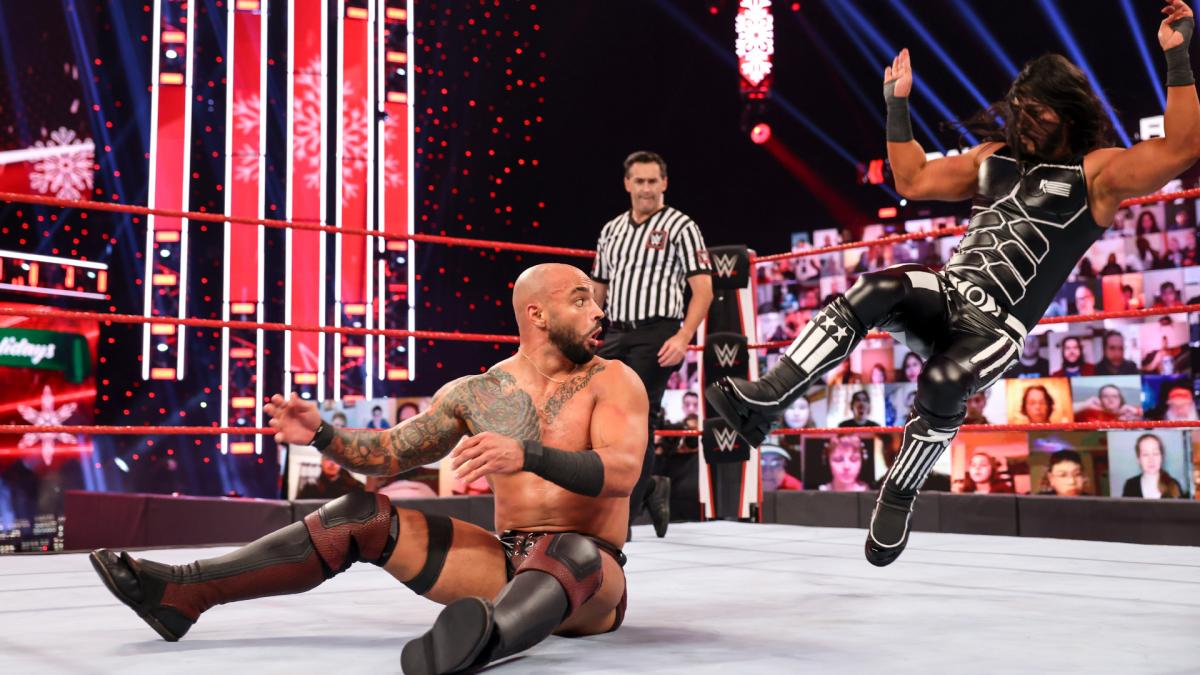 We have not seen King Ricochet on RAW the last couple weeks. When he was on RAW, he was outnumbered against Mustafa Ali [4] and friends.

That program seemed to be running its course, even as Ali kept pushing Ricochet to join the heel faction. Now we may know why things seemed to be petering out.

According to the Observer, Ricochet signed with WWE back in 2018. It was understood to be a three year deal.

At this point, it does not appear that Ricochet has re-signed, and if he has not, he may not.

That may be kind of a Captain Obvious statement, but it’s not meant to be.

The reality is this…

Ricochet [5] has not been used well since he was called up, so it’s really hard to blame him if he opts to leave.

In NXT, Ricochet was on the rise. Outside of the early months of his call-up, his main roster run has been a bust.

Of course, when he first jumped to the main roster in early 2019, it seemed he could be on a fast track to greatness. He and several others were brought in from NXT to give the main roster a shot in the arm.

It made things exciting, but that brief success has not translated to anything else.

Now, it seems that a once promising WWE stint may end after just three years and with questions of what could have been. Or, why he was so poorly used.

You might have Ricochet, Sami Zayn, Matt riddle and Daniel Bryan leaving the WWE this year. Supposedly none of them have re-signed yet.

This past week on RAW, while Xavier Woods worked against T-Bar, it was mentioned that Kofi Kingston was out with a broken jaw. So is Kofi Kingston legit injured?

According to PWInsider [7], yes, Kofi Kingston is actually legit injured. Kingston himself addressed the injury [8], and while he confirmed a jaw injury, he did not specifically say it was broken.

It seems the injury may go back to December’s TLC PPV. During the match, Kingston appeared to have lost a couple teeth.

That would tie together with the report of a broken jaw.

Now, it’s worth throwing this out there: could a broken jaw keep the master of elimination avoidance out of the Royal Rumble?

It would seem quite possible, depending on the severity. A broken jaw wouldn’t seem like something he’d get clearance to wrestle with.

Of course, if the injury was indeed sustained during TLC, that would be about 6 weeks between the injury and the Rumble. There would be a chance it could heal enough, but it seems like a long shot.