The consensus seems to be that Dustin Poirier [1] and Conor McGregor’s [2] second bout will last longer than the first. But, as UFC 257 nears, the ‘Notorious’ star has made a pretty, pretty bold prediction in defiance of that. 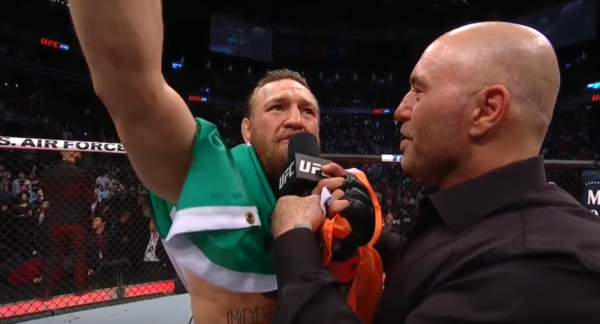 The stars are booked to fight in the headliner of the January 23rd card. In their first meeting, back in 2014, McGregor finished Poirier at the 1:46 mark of round one.

Since Poirier has gone on to establish himself as one of the best lightweights of this generation since then, it seems like most people are expecting a longer fight. But, in a promo for the upcoming bout, McGregor was quoted saying this (quote via MMA Junkie [3]).

“I like Dustin. I think he’s a good fighter,” McGregor said. “He’s even a great fighter. But great is still levels below me.

I’ll knock Dustin out inside 60 seconds.”

We shall see if McGregor makes good on this bold prediction. Since the two fought, Poirier has only lost twice.

In 2016 he was KO’d by Michael Johnson at 1:35 of the opening round and then last September, Poirier was submitted by the champ Khabib Nurmagomedov in round three.

Here is the complete line-up for UFC 257, which will take place in Abu Dhabi (line-up via MMA Junkie [5]).