British wrestler Aleah James signed with the WWE during the pandemic lockdown. Now, she looks forward to her future pro wrestling career.

The childhood dream of British wrestler Aleah James became a reality when she was signed by the WWE during the pandemic lockdown. During a recent interview, Aleah introduced herself to the WWE Universe.

How The British Wrestler Signed With WWE During Pandemic Lockdown 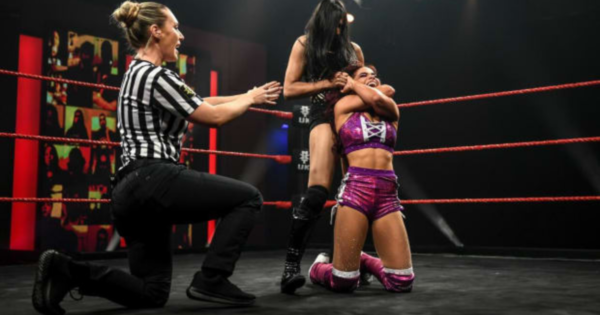 While the pandemic has struck many people, it has not been bad for everyone. In fact, the pandemic saw Aleah James’ childhood dream become a reality.

During the pandemic, the WWE decided to sign the British wrestler. The happy news came in the form of an email.

Aleah was invited to an upcoming trial for the WWE. Apparently, the company had been watching her matches online and wanted to see her.

“I didn’t even say anything. They asked: ‘Is that something that you’re interested in?’ and I was like, ‘Yeah! Yes!’ It didn’t even feel real, I was so confused.”

But her dream did become true. Now, she is signed to NXT UK and made out to be one of the next big talents on the brand.

As you may know, James already had her debut match on NXT UK. With her arrival, the women’s division is gaining more momentum again.

Lack Of Experience, But Plenty Of Passion 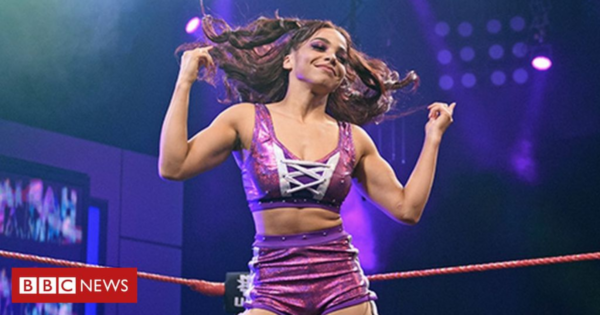 James is only 23 years old and only had a total of 30 matches when the WWE signed her. And James herself admits that she only has a limited amount of experience.

But despite the obvious lack of experience, James does have a whole lot of passion for the business. During her interview with Radio 1 Newsbeat, she revealed just how much she loves wrestling.

“I always drew designs of the gear I would want to wear, and make little slideshows of what my entrance would be like. “But I didn’t even think it was possible being from England.”

“It’s so cool to know that there might be little girls watching me on TV and thinking: ‘Oh my god, I want to do that. I want to be like her’. Especially because of where I live, it’s not always portrayed in such a positive light.”

Aleah hails from Romford, Essex in England. She is the daughter of an Irish father and Caribbean mother.

Unfortunately, Romford is not always positively featured in the news. In fact, the news is often more bad than good.

Now that Aleah has been signed by WWE, Romford is in the news for something positive. And Aleah could not be happier about that!

“Whenever our area’s in the news, it’s always for bad reasons. It’s nice to be part of the change, to make it positive.”

While Aleah does have a long while to go in terms of wrestling training, we certainly love her passion for the business. With such passion, nothing is stopping her from exceeding the heights of Charlotte, Bayley, Becky Lynch and Sasha Banks.