Bounding Into Comics has come under fire from false accusations and false reports for our reporting of Krystina Arielle's tweets.

In response to Bounding Into Comics’ report on the racist Twitter history of newly announced Star Wars: The High Republic show host Krystina Arielle, numerous critics have attempted to baselessly discredit the site’s evidence-supported reporting, falsely accusing staff of publishing fake information and calling for the site itself to be deplatformed. 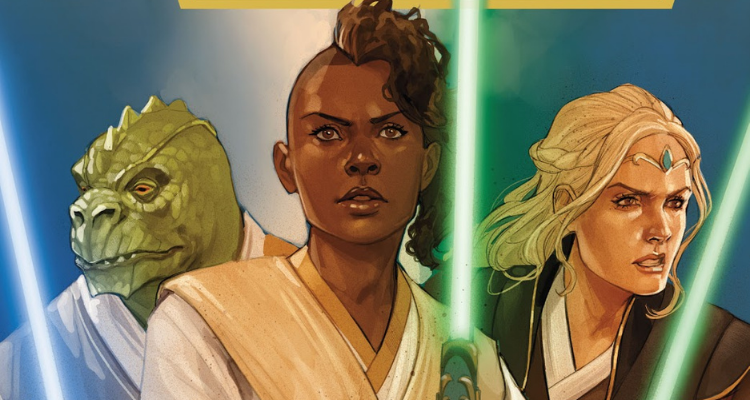 Shortly after the article was published, it was shared on Twitter by political commentator Jack Posobiec, where after it was brought to the widespread attention of both his supporters and his critics.

Taking note of Posbiec’s tweet, World of Warcraft Shadowlands Novel author Madeleine Roux, who herself has a history of anti-white tweets, adamantly refuted Bounding Into Comics’ headline, stating “no she didn’t.”

“Second, this is the same G*mer G*te textbook horse s—t they’ve pulled on me and countless others,” Roux added. “Learn the pattern, folks, they have exactly one move.”

Related: Taika Waititi On Star Wars: “I’m So Angry About What I’m About To Do To Ruin It.”

With the story brought to the added attention of Roux’s audience, Bounding Into Comics was soon bombarded with accusations that the article’s headline was patently false, as critics claimed Arielle had never stated that ‘all white people were racist’.

“Go ahead and block @/boundingcomics if you haven’t already,” wrote @the_third_joe. “They’re the ones trying to hate on Krystina Arielle for daring to say that racism is bad.”

Twitter user @MagusDraws took issue with the fact that “a white dude literally wrote the article” and asserted that Arielle was simply “holding racist whites accountable.”

“This is not true at all,” declared @dylanhenning. “She has called out white people for their racism but she never said “all white people are racist”.

“This is Bounding Into Comics (I refer to them as Bounding into Bulls–t) yet again fabricating a scandal about a black woman based on a lie,” he added.

However, despite these claims, Arielle’s blanket and racist assertions towards white individuals can best be seen in two specific tweets.

In one, cited in the original article, Arielle wrote “white people seem to think that Black people exist as a monolith and only believe one way,” presumably missing the very palpable irony.

“They think that when one Black person says something we all feel that way,” she said, again without a hint of irony. “Basically, they’re ignorant.”

In another, posted in response to a discussion on Amy Cooper, the woman who made national news after calling police on a black bird watcher in New York City, Arielle promised that “white people will know every breed of dog and can’t tell two black people apart.”

It should be noted that not once did the original article claim that any one form of racism was ‘worse’ than another, nor did it discount Arielle’s own lived experiences with racism, as the Bounding Into Comics team believes that racial discrimination in all forms should be equally condemned regardless of the ethnic identity of any hypothetical target or perpetrator.

Instead, it factually reported that Arielle believed that the collective ‘white people’ were inherently racist, as evidenced in the above tweets and others. 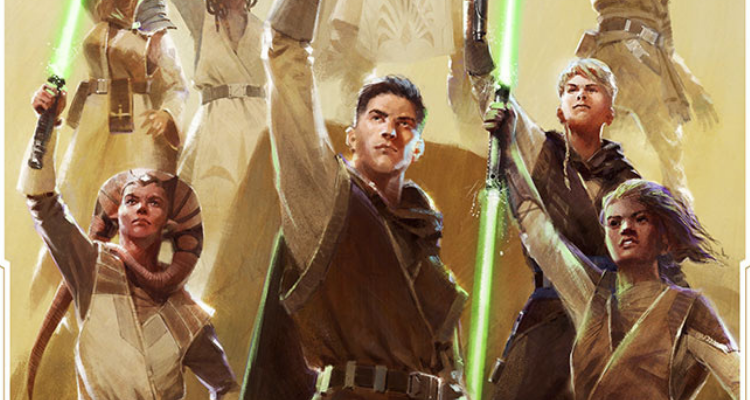 Despite Bounding Into Comics reprinting Arielle’s own words, the site soon found itself the target of a false reporting campaign, with detractors asking like minded critics to falsely report the site for ‘targeted harassment’.

“Now is the perfect time to report @JackPosobiec and @BoundingComics for targeted harassment and block them,” wrote Star Wars podcast The Star Wars Underworld. “And you should also follow @KrystinaArielle and send some kind words her way. #IStandWithKrystina”

@TheLeonaMaple called on the masses to “shut down Bounding Into Comics,” directing them to “bombard their comment section” and “report the harassers and tweeters that are spreading this s—t”.

“If everyone could go ahead and report @BoundingComics for targeted harassment,” wrote @meteortwitch. “(and being racist pieces of crap), that’d be dope. @KrystinaArielle deserves so much better. #IStandWithKrystina #VerifyKrystinaArielle”

As of writing, Arielle herself has not addressed these tweets herself.

However, the official Star Wars account has thrown their support behind their new host, tweeting “Our Star Wars community is one of hope and inclusivity. We do not stand for bullying and racism. We support Krystina Arielle.”

Bill Burr Shouldn’t Be Praised, He’s A Coward And So Are His Mandalorian Co-Stars