These 10 WWE wrestlers all have super hero twins. So, maybe these wrestlers could have a role in an upcoming superhero film?

There are many WWE wrestlers who have their own super hero twins. In fact, some of the resemblances are uncanny!

But which are our top 10 WWE wrestlers with their own comic book hero twins? Let’s find out! 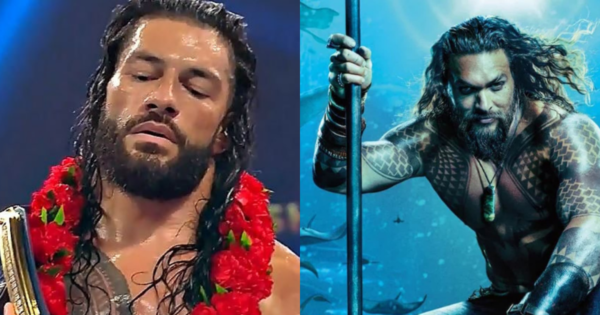 Roman Reigns is definitely one of the WWE wrestlers who has a couple of potential comic book hero twins.

Of course, there is one comic book hero that stands head and shoulders above the rest.

Jason Momoa was cast as superhero Aquaman for the namesake movie. And when you compare Jason to Roman, you can see the resemblance.

Both Jason and Roman have long hair and Samoan tattoos. Needless to say, maybe Roman could end up being Aquaman’s long lost brother in the future? 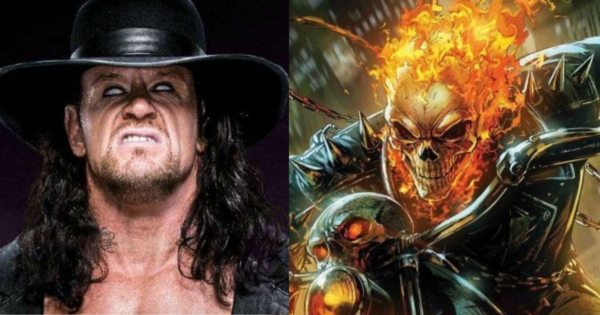 The physical resemblance between Ghost Rider and The Undertaker is not as obvious as that of Roman Reigns and Aquaman. However, there is another reason why Undertaker and Ghost Rider made our list.

And finally Taker and Ghost Rider both demand respect of their environment. Needless to say, there is certainly a comparison between the pair.

Montez Ford And The Falcon 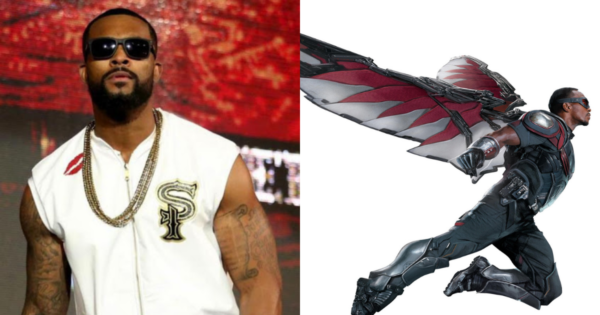 Given Montez Ford’s tendency to fly in the WWE, we certainly needed a superhero that could fly. And who better than the latest Falcon?

Yes, there’s definitely a physical resemblance between the current Falcon and Montez Ford. But, the main comparison is more in terms of character.

Both men have loads of charisma and skill, and they also love to fly! 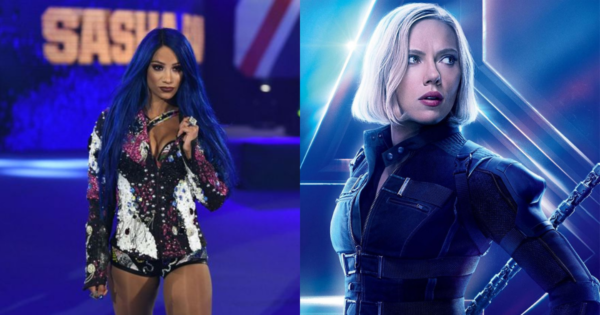 Beauty, versatility, deadliness, and resourcefulness, these are all qualities Sasha Banks and Black Widow share. On top of that, their outfits are always on point, too.

In the beginning of the Avengers, Black Widow was the only female in a man’s world. And she more than held her own.

Much like Black Widow, Sasha Banks made it big in a man’s world. In fact, she contributed to the women’s division in a major way. 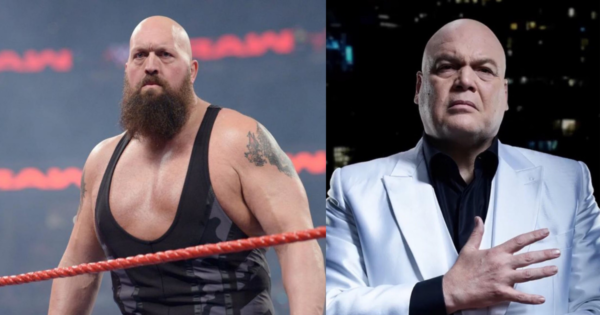 In our list of WWE wrestlers with their own comic book hero twins, we actually have a couple of villain matches, too. For this one, here’s looking at Big Show and Kingpin.

Both Big Show and Kingpin are big men with immense strength. And like Kingpin, the villain from Spiderman, Big Show does not shy away from some heel work.

Of course, Big Show has his own show on Netflix. So, the chances he will be cast as Kingpin’s long lost brother are slim. 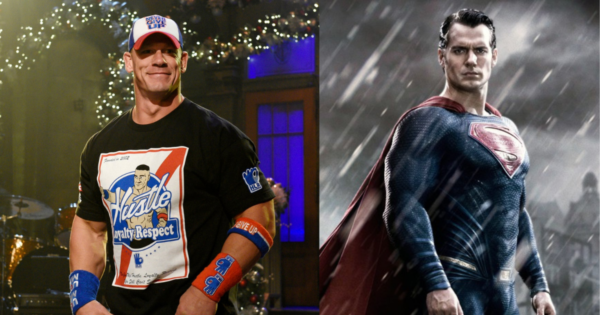 When you think of a superhero that stands for good old-fashioned American values, you immediately think of Superman. Of course, there is one wrestler that meets that description too, John Cena.

In addition to American values, John Cena also stands for never giving up and doing what’s right. And what better superhero to match those values than Superman.

Since John Cena has now broken through in Hollywood, maybe he could have a role waiting for him as the next Superman. Of course, that might mean he has to turn his brown hair just a little darker. 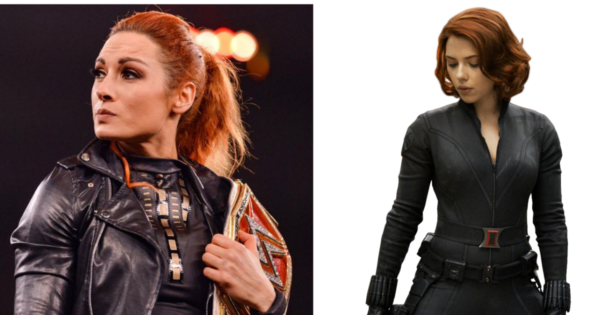 Yes, we know. There is a double in this list in the form of Black Widow.

In our opinion, Black Widow had more than one double. And when it comes to Black Widow’s looks, nobody looks more like Black Widow than Becky Lynch.

Both Becky Lynch and Black Widow are known for their bright red hair. Of course, both women also wear a load of leather on the job!

Becky Lynch also shares a lot of properties with Sasha Banks, and subsequently also with Black Widow. She is a strong woman who elevated the women’s division out of the shadow of the men’s division. 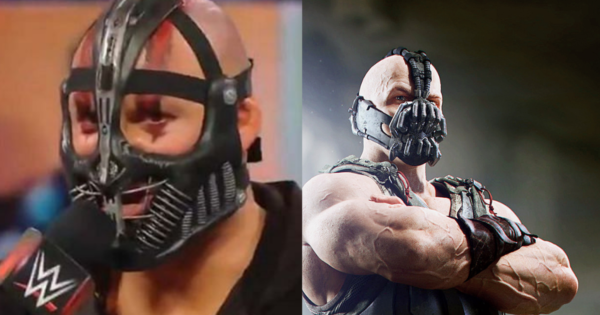 When it comes down to physical resemblance, it does not get more accurate than T-Bar and Bane. Unfortunately, the resemblance is so obvious, the wrestler had to deal with a lot of Bane-related jokes at his address.

One of the men who made a joke out of the resemblance between Bane and T-Bar was AEW’s Sammy Guevara. Of course, the men have been embroiled in a bitter feud since T-Bar accused him of stealing his finisher.

At this point in time, the likeness with Bane could either work for or against T-Bar. But if I were him, I would take full advantage of the look-alike to separate myself from the remainder of Retribution. 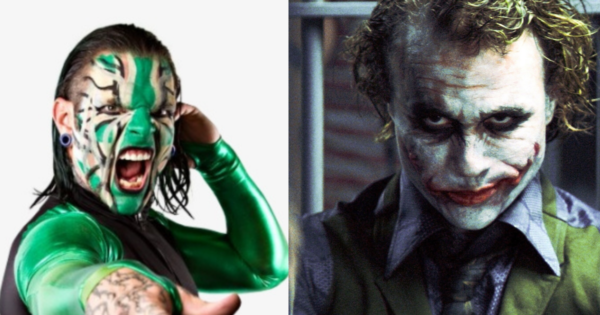 Jeff Hardy is known for his iconic face paint. Naturally, the comic book universe also has someone who is obsessed with face paint, the Joker.

As the biggest Batman villain, Joker’s character could not be further from Jeff Hardy’s. However, Hardy has a flirtation with darkness, even when he is a face character.

And of course, the iconic face paints of Hardy and Joker are most definitely one of the reasons why we drew the resemblance between both men. 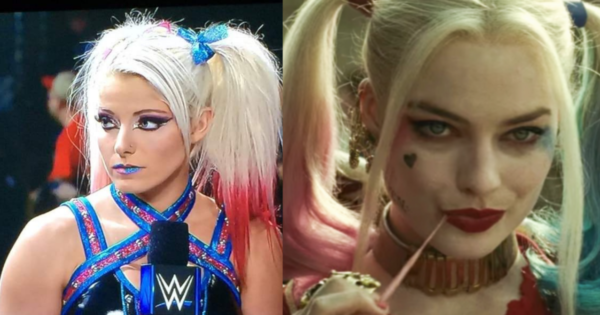 There is one WWE wrestler who has an undeniable twin and it’s Alexa Bliss. In fact, Alexa had a Harley Quinn look for the longest time.

Early on in her main roster career, Alexa changed things up with a Harley Quinn inspired outfit and matching hair. The look did wonders for her, as she soon received a serious push from WWE officials.

Even though Alexa Bliss stepped away from the Harley Quinn look for a little while, she is most certainly back with it. Only this time, she has the personality as well.

That’s right, Alexa Bliss has turned into a real Harley Quinn under the guidance of The Fiend. And this has done wonders for her career overall!

Alexa is great at reinventing herself, but she has also shown she can tackle any role the company is throwing at her.

What other wrestlers do you think have doppelganger superheroes or villains? Let us know in the comments!