WWE had some amazing Santa Claus moments over the years. In line with the season, we picked out the top 5 moments for you.

Today, we look at the top 5 WWE Santa Claus moments in wrestling history. Are you ready to get festive with us? 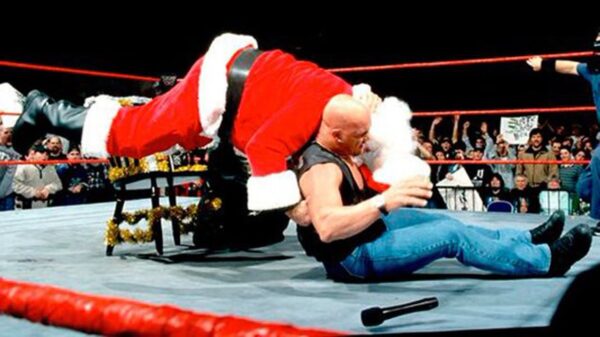 Who do you call when Santa is being naughty? Well, you call Stone Cold Santa, who will be more than happy to kick some Santa butt.

Back in 1997, a naughty Santa kicked a child out of the ring in favor of a beautiful woman. Stone Cold took offence to the move and decided to do a Stone Cold Stunner on the fake Santa.

In the end, the naughty Santa learned his lesson. And of course, the crowd was absolutely loving this unique storyline. 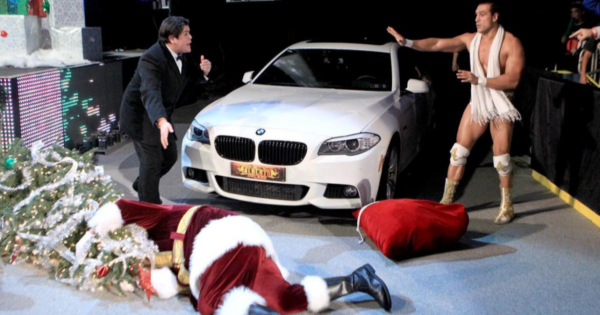 Another one of the all time favorite WWE Santa Claus moments happened with Alberto Del Rio. While he now stands accused of serious crimes, this Santa Claus moment from 2012 will go down history (unfortunately).

On Christmas Eve in 2012, Santa Claus entered the WWE arena to deliver presents for everyone who had been good this year. However, fan’s joy was short lived as Alberto Del Rio hit Santa with his BMW.

To make matters worse, a nearby Christmas tree also ended up on top of poor Santa. While Del Rio claimed it was all an accident, John Cena took revenge on behalf of Santa afterwards.

Santa eventually turned out to be Mick Foley. Fortunately, he had his trusty Santa sack with him to punish the Mexican wrestler. 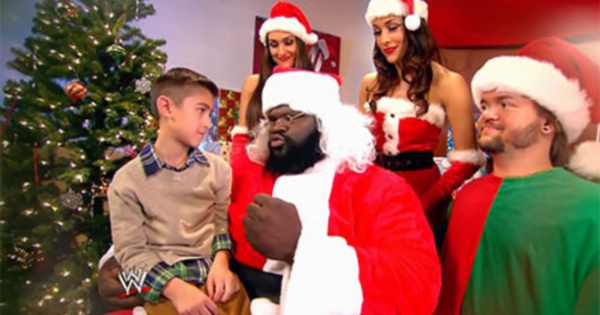 Have Good Santa and Bad Santa ever battled things out inside the wrestling ring? They sure have! This particular fight happened in December 2013.

The battle between Good and Bad Santa involved wrestlers Damien Sandow and Mark Henry. In this case, Mark Henry was Good Santa.

As you can imagine, Good Santa took the win during this particular feud. Unfortunately, it was a less fun moment for Sandow, who got pancakes stuffed in his face. 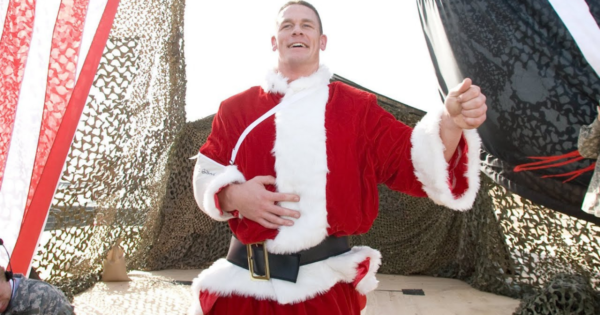 What do you get when you mix John Cena with Santa Claus? Well, you get a Santa with an attitude adjustment!

In the 2007 edition of Tribute to the Troops, Vince McMahon was a real Christmas Grinch. In fact, he came out especially to tell the troops that Santa was not coming.

Much to the surprise of the WWE Chairman, Santa did eventually appear. And when he did, he accused the wrestling promotion owner of sabotaging his sleigh.

Santa turned out to be John Cena in a Christmas outfit. Needless to say, he promptly gave the WWE Chairman a festive Attitude Adjustment! 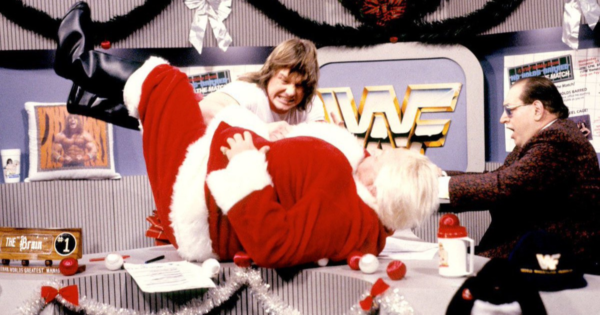 Even tough guys like Roddy Piper do not enjoy Christmas being messed with. In fact, Roddy Piper had his own experience with a Bad Santa.

Bobby ‘The Brain’ Heenan was forced to wear a Santa suit during the Christmas edition of Prime Time Wrestling. In fact, he went as far as to say that Santa did not exist.

To make matters worse, Bobby turned to the audience and told children at home Santa was not real. Roddy Piper then came out and dealt with this Bad Santa.

We hope you’ve enjoyed our look back at Good and Bad Santas in the wrestling world!